Britain’s Got Talent continued tonight – but while the contestants were attention grabbing, all eyes were on Amanda Holden, 49, and Alesha Dixon, 41. The two BGT judges opted for dark dresses with slashed to the thigh splits which showed off miles of leg.

Amanda wore a shimmering blue off-the-shoulder gown with a deep v which showed off her cleavage.

The dress gathered at the hip – and just below the gathered detail, the dress slashed entirely, showing off Amanda’s left leg.

Adding a Hollywood edge, the dress featured a long train.

Amanda completed the look with a pair of blue metallic heels and perfectly curled hair. 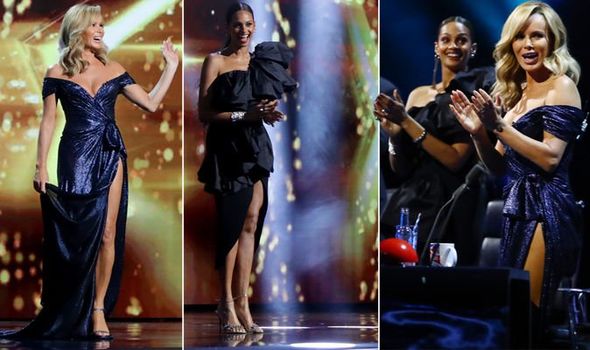 The mum-of-two wore a single shoulder black dress which had a huge puffed detail on one side.

Like Amanda’s, Alesha’s dress had a high slash on the left side which showed off most of her leg.

She wore her hair in a sleek ponytail, and completed the look with a pair of silver stilettos.

Now Amanda has said she didn’t realise her fellow panellist was wearing the jewellery at the time, but issued her support to the star.

Amanda said: “I didn’t even realise she was wearing it! 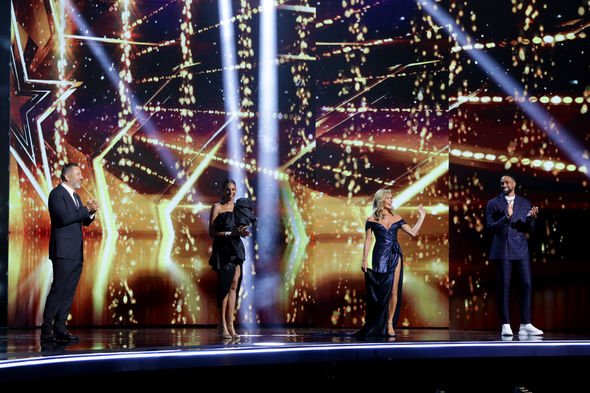 Alesha was widely praised for her choice of jewellery during last week’s episode, but a small number of viewers contacted Ofcom to complain.

It comes after Diversity, led by Ashley Banjo, sparked over 24,000 complaints for performing a Black Lives Matter-inspired routine.

“I feel enormously protective towards Alesha and all my friends who experience this kind of thing,” Amanda added to Huffington Post. 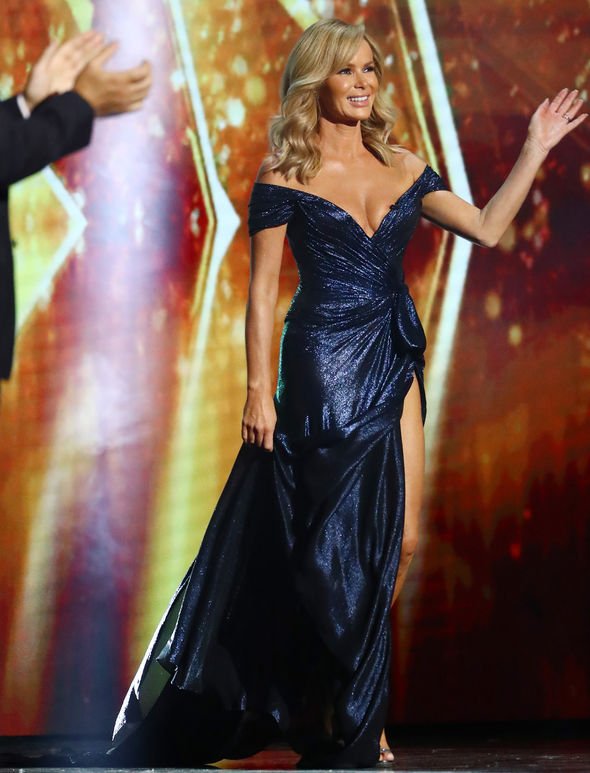 “I’ve always been a fierce defender of any issue like that, where people want to make change that doesn’t always sit comfortably with other people.”

Alesha is yet to address the backlash but has praised positive articles surrounding her choice of jewellery on Instagram.

Amanda went on to say her “tough” co-star “can fight her own corner” but said she was there if she needed her support with “a mouthguard and a hot towel ready”.