The striking design of this tiara makes it rather like marmite – either loved or hated. It is currently owned by Princess Anne, and is one of her less regularly worn pieces.

King George VI commissioned Cartier to make this tiara as an anniversary present for his wife, Queen Elizabeth, in the 1940s.

While she was photographed in it several times, it was not one of her most worn pieces, and she gave it to her granddaughter, Princess Anne, as a wedding gift in 1973.

Anne made changes to the piece at some point after receiving it.

Originally, a large circular element sat at the centre, but this was replaced with a large rectangular aquamarine, and turned into a brooch. She also had the tiara shortened. 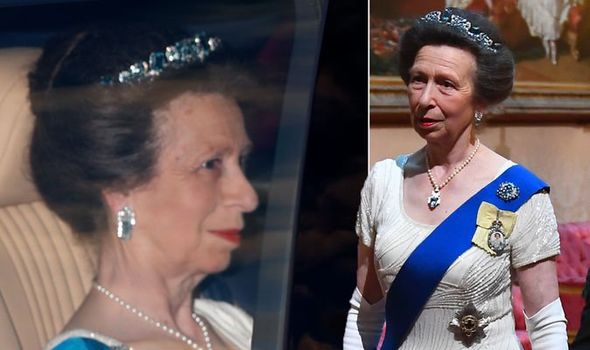 Pine cones – a symbol of fertility – make the centre motif of this diamond and aquamarine diadem.

Speaking about the tiara exclusively to express.co.uk Alexandra Michell, Gemologist at Prestige Pawnbrokers of Channel 4’s Posh Pawn, said: “This late Art-Deco Tiara, laden with beautifully coloured aquamarines and diamonds, was designed and created by Cartier for King George VI as 15th wedding anniversary gift to the Queen Mother.

“Named the Aquamarine Pine Flower Tiara, the symbolism in the natural elements of pine could be interpreted as representations of long life and fertility, a fitting idea when it was then gifted by the Queen Mother to her granddaughter Princess Anne in 1973.

“Originally the piece was designed with an additional pine cone portions, alternating with large emerald cut aquamarines, with a pine flower motif being the central element.

“But Princess Anne had it shortened in the centre so that it would be easier to wear, with an emerald cut aquamarine being the focal point instead.

“The surplus piece was made into a convertible pendant and brooch.

“It has not come across as the most appreciated piece within the Royal collection, due in part to the distinctive pine flower aspect, so I would estimate this piece to sell for approximately £1-2 million.” 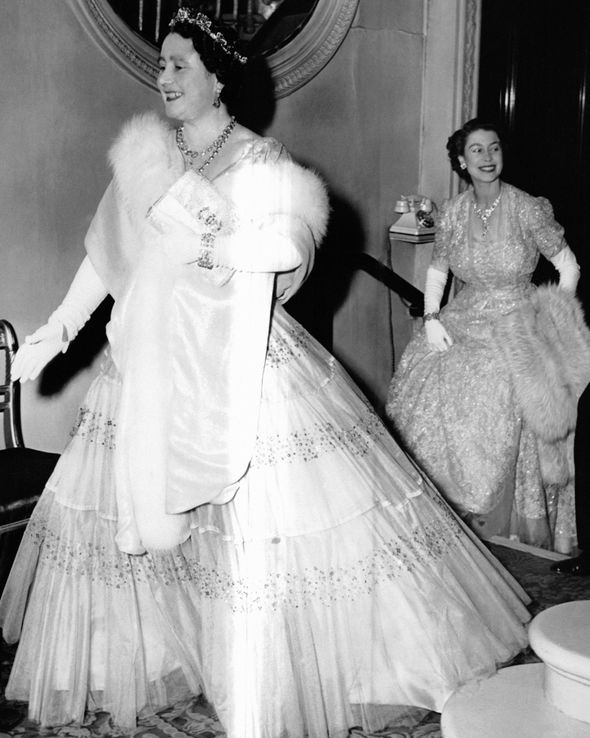 How many tiaras are there in the royal collection?

There are dozens of priceless tiaras owned by the Queen and other members of the Royal Family.

Many of the British aristocracy also own tiaras, wearing them at state banquets and on wedding days.

As well as tiaras currently in existence, there are a couple which have been dismantled to make other diadems. This includes The Surrey Fringe and The Nizam of Hyderabad.

Some tiaras have formed part of iconic moments in the history of the Royal Family. The Cartier Halo for instance, was worn by Kate Middleton on her wedding day to Prince William in 2011.

Similarly, the Meander tiara was admired around the world thanks to it being the choice of Zara Phillips for her wedding to Mike Tindall in 2011.

And it is the Lover’s Knot that is most often seen today, as it is a favourite of the Duchess of Cambridge.

It was closely associated with Diana, Princess of Wales during her marriage to Prince Charles, so holds special significance for Kate.