Home » Beauty and Fashion » Are Astronaut-Style Face Shields the Future?

Are Astronaut-Style Face Shields the Future?

They may look high-tech, but so far there’s no evidence these devices are more effective than face masks. 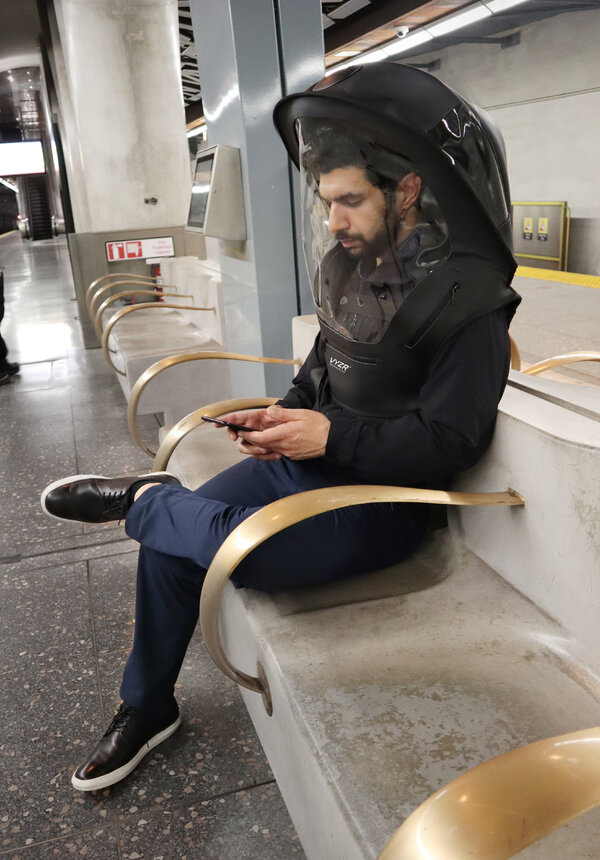 “If you have to sneeze, you’re in trouble,” Bill Johnson said of wearing the Air, an acrylic visor that evokes 1960s Soviet cosmonaut culture. Mr. Johnson, 44, a voice and video engineer in Utah, had tested an early model of the device on an airplane from Salt Lake City to Seattle to Ketchikan, Alaska, then on a three-hour ferry ride and a floatplane to reach his bush cabin.

“I flew with my older brother, and he couldn’t have been any more embarrassed,” he said. Most of the time, he didn’t realize it was on, except when people started to stare. “Kids would point and laugh,” Mr. Johnson said. “They were the most honest.”

The Air, which features built-in HEPA filters, four hours of power on a lithium battery and a removable washable fabric, is one of the new space age-style wearables being marketed as the evolution of mask culture.

There’s also the BioVyzr, a pressurized, anti-fog face shield with two adjustable fans that run for up to eight hours on a single USB charge. The creators describe the device, which looks a bit like the weather shield of a baby carriage, as a new form of P.P.E.: a powered air-purifying respirator, or PAPR, which they say can remove as much as 95 percent of particulate matter, such as droplets and aerosols.

A more minimalist Bubble Boy option is the iSphere, a plastic orb with half a dozen attachable variations such as filters, valves, headsets, even snorkels.

Mask mania has given way to a very experimental cottage industry. BioVyzr, which raised over $750,000 in May on the crowdfunding site Indiegogo, has sold more than 50,000 units at $379 apiece to customers and wholesalers worldwide, totaling over $18 million in sales, according to Yezin Al-Qaysi, the 32-year-old C.E.O. of Vyzr Technologies. Shipping begins this week and will continue through October. Microclimate, the makers of Air, say they have sold 1,000 units at $199 each and will begin shipping them in mid-October.