Newly opened boutique Arias New York is offering downtown New Yorkers a bit of art alongside their fashion browsing. The store, which opened on Broome Street last August, is home to a five-piece exhibition by artist James Welling. Never before seen in person, Welling’s pieces are inkjet prints on rag paper, UV-curable ink on Dibond aluminum and Electrostatic print with oil pigment on polyester.

Welling, who lives around the corner from the Broome Street store, connected with Arias New York’s Nins Arias through a mutual art collector friend. One day he was walking by the store and popped in to chat with Arias, and a friendship was born. Since opening her store Arias has been focused on rejuvenating downtown New York by both opening a brick-and-mortar store in the midst of the pandemic as well as seeking out unique art moments to draw people down.

“Part of the brand mission was to really be able to celebrate the world of fashion and art, and bring life back to downtown New York,” Arias says.

Welling first moved to SoHo 40 years ago and began his career in the neighborhood, first showing in 1979.

“I first showed in SoHo at The Kitchen when it used to be down on Broome and Wooster, and I also showed at Metro Pictures, which was just up Mercer Street,” he says.

It’s Welling’s second time working with a fashion brand. In 2004, he worked with Brioni to design fabric for them, which was made into suits, bomber jackets and more.

His photos will be at Arias New York through June.

“Statue of Aphrodite crouching and arranging her hair, 2018” by James Welling. 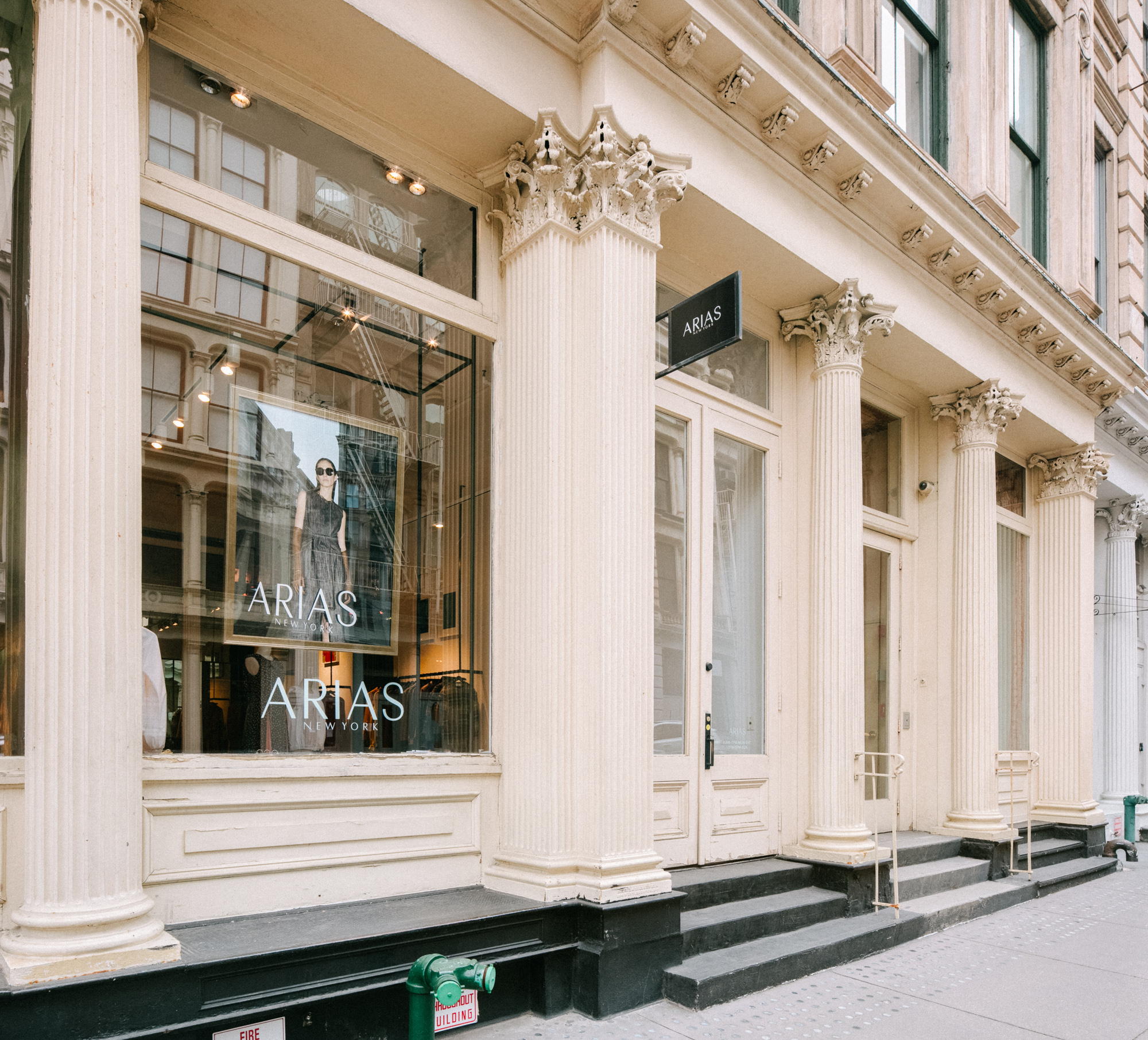