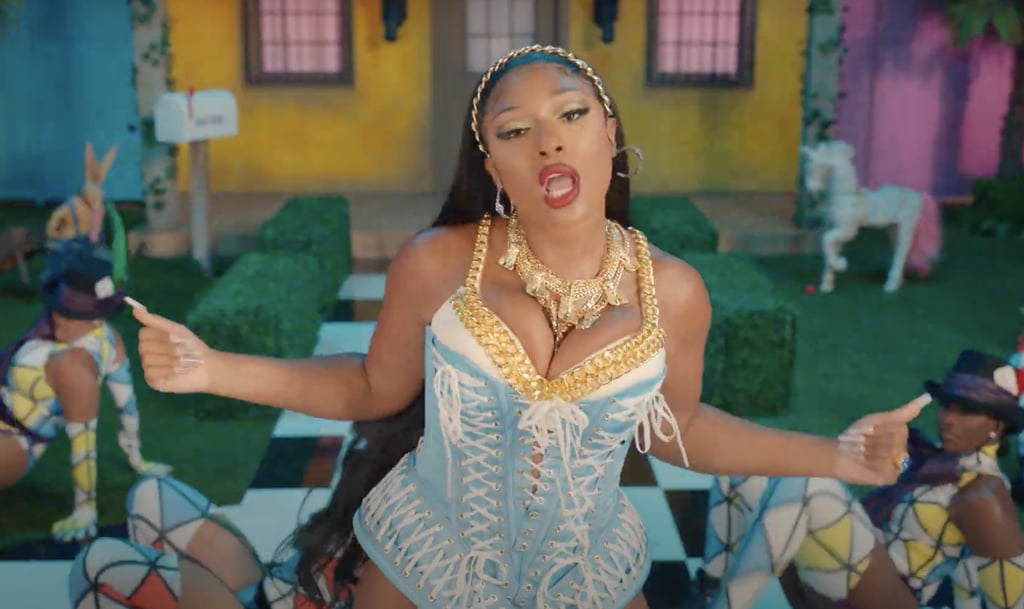 Introducing Megan Thee Stallion as Alice, aka the True Queen of Wonderland

Did I just take a tumble down the rabbit hole? Because Megan Thee Stallion’s new “Don’t Stop” music video has me feeling like Alice in Wonderland. The colorful video, inspired by the Lewis Carroll classic, is set in a whimsical land and features Megan in a variety of outfits inspired by characters from the original 1951 film, including the Cheshire Cat, the Red Queen, Alice herself, and more.

Unlike the original, Megan puts her own badass spin on each outfit. The Red Queen’s heart-shaped hairdo, Alice’s lace-up bodysuit, and the Cheshire Cat’s sexy latex makeover make these looks stand out like the Mad Hatter at a tea party, and we’re all about it. The video only gets curiouser and curiouser when Young Thug appears in his Edward Scissorhands ensemble. Serve yourself a slice of Upelkuchen cake and enjoy a close-up look at all of Megan’s Alice in Wonderland-inspired outfits here.