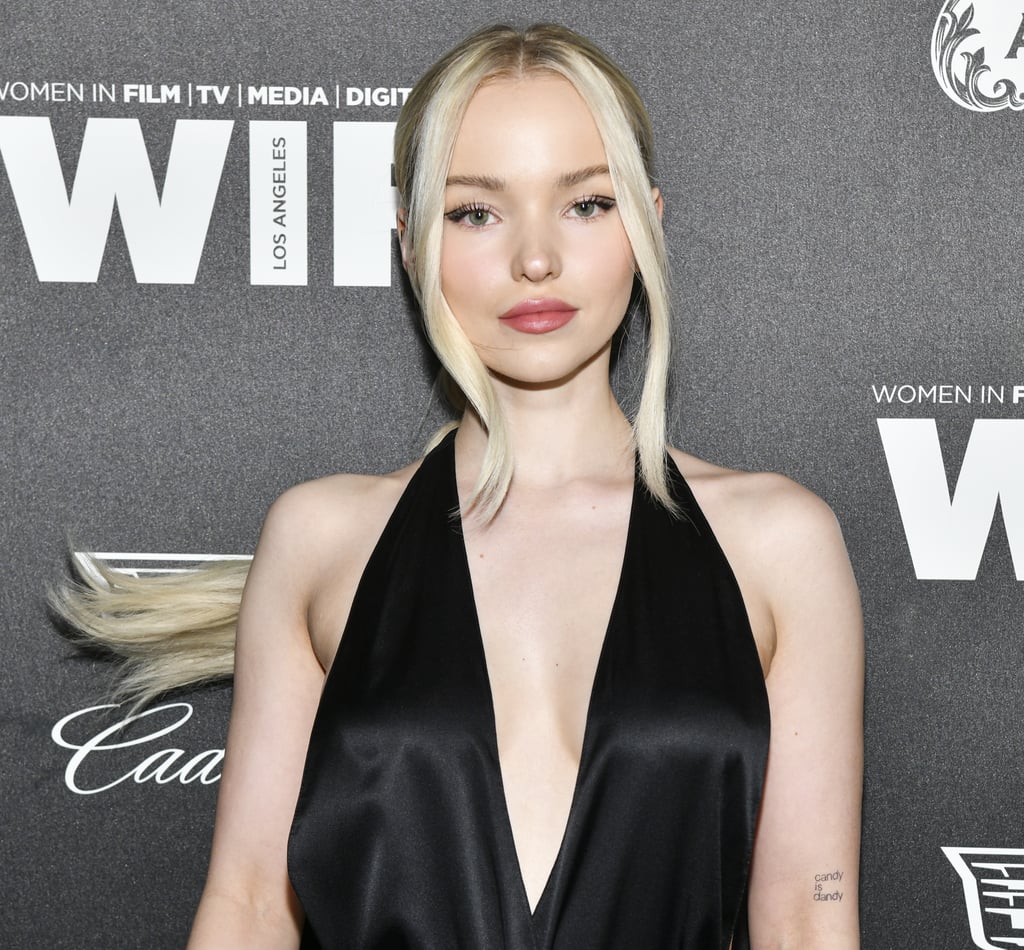 Dove Cameron has never been one to hide her tiny tattoos. With ink dating back to when she was just 14 years old — she has admitted she got it illegally and without parental permission — she has expanded and grown her collection of tattoos ever since and is an open book when it comes to the most intimate meanings behind each.

Cameron has 11 known tattoos to date, with one of the most recent being of a gun with a rose on her wrist in honor of her friend Cameron Boyce who died at age 20 from epilepsy. She also has a tattoo on her arm in honor of her father, who passed away when she was 15.

While most of her tattoos are on areas in plain sight, she has four that are usually hidden from the public eye — most of which are matching with people like her mom and sister and even past boyfriends. One of these hidden tattoos is the saying “Matière D’étoiles” on her ankle, which she got with her mom and sister based off a bedtime story her mom wrote for them. Another is the sketch of a sunshine between her fingers that she got with her current boyfriend, Thomas Doherty. She also has the Capricorn symbol on one hip (this is the tattoo from when she was 14) and the Gemini symbol, which is her ex Ryan McCartan’s sign, on her other hip.

Ahead, see the rest of Cameron’s tattoos and learn what each one means.