The New York City Ballet will awaken from a pandemic-induced hibernation this fall with live performances staged again at Lincoln Center.

In carrying on with company tradition, City Ballet will stage its annual fall fashion gala on Sept 30. True to form, the performance will serve as the premiere for new works by emerging choreographers with costumes created by famous fashion designers.

Christopher John Rogers and Esteban Cortázar will design costumes for this year’s show — each paired with Sidra Bell and Andrea Miller, respectively, who are at City Ballet creating new choreographic pieces.

This is the ninth annual fashion gala, which was started by Sarah Jessica Parker in 2012 and is largely overseen by City Ballet’s costume shop director Marc Happel, who works as an mediator tasked with balancing fashion designers’ visions with the high degree of athletic functionality required by company dancers. Previous participants have included Sarah Burton for Alexander McQueen, Dries Van Noten, Thom Browne and Virgil Abloh.

It marks the first time that both Rogers and Cortázar have made costumes. Neither are particularly well-versed in ballet, they say, but hope that their flair for color, drama, silhouette and movement will translate to the stage and bring a sense of optimism to both the audience and dancers.

“I’ve never done it before — it’s something I’ve been interested in doing for a while,” said Rogers, who has continued to build momentum for his fledging namesake line throughout the pandemic and is currently a finalist for this year’s LVMH Prize. He recently released a collaboration with Target and designed Vice President Kamala Harris’ inauguration outfit. 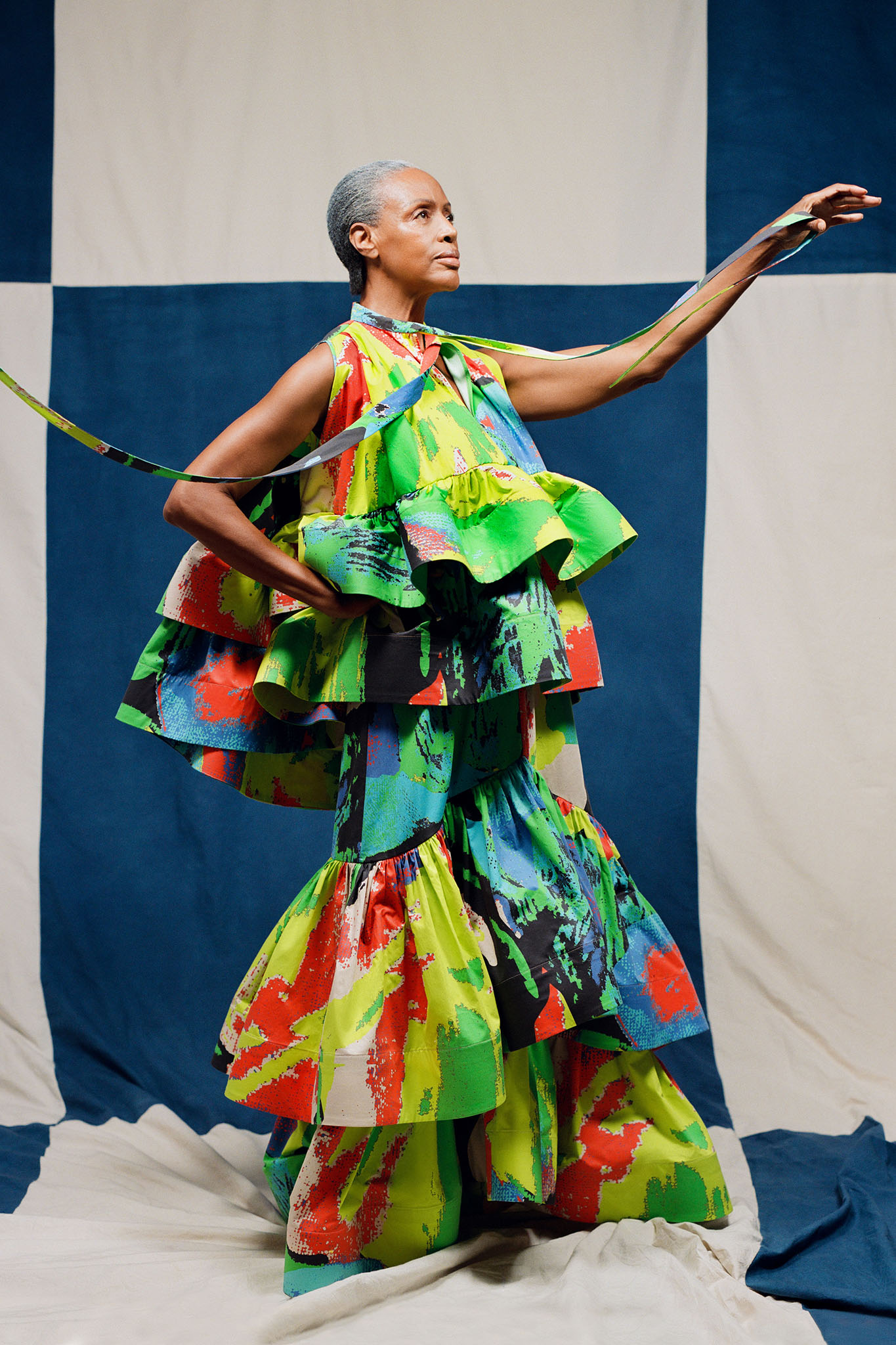 “I think a lot about reconciling things that are extravagant with things that are more pragmatic. My brand is obviously known for its use of color and people associate us with neons or very vibrant tones. One thing I’m interested in is the idea of creating iridescence through the layering of fabric to bring color in a new way — I think it’s a really great way that people all the way in the back row or even the front row can see move,” Rogers added of his early costume concepts.

Cortázar added, “It’s probably one of the first projects ever where I don’t have to think about the commercial aspect and can take a purely creative and artistic approach. It’s really refreshing and is frankly a designer’s dream to do those kind of projects. It’s a creative freedom that doesn’t exist otherwise.”

The designer, formerly the creative director for Ungaro, operates a namesake line out of Paris and collaborates with the high street brand Desigual. “In my work, I’ve always had a fascination with the human body. I love dancing in general and incorporate that in my work. I love when clothes move and react in certain ways,” he said of the parallels between his own work and stage costumes. 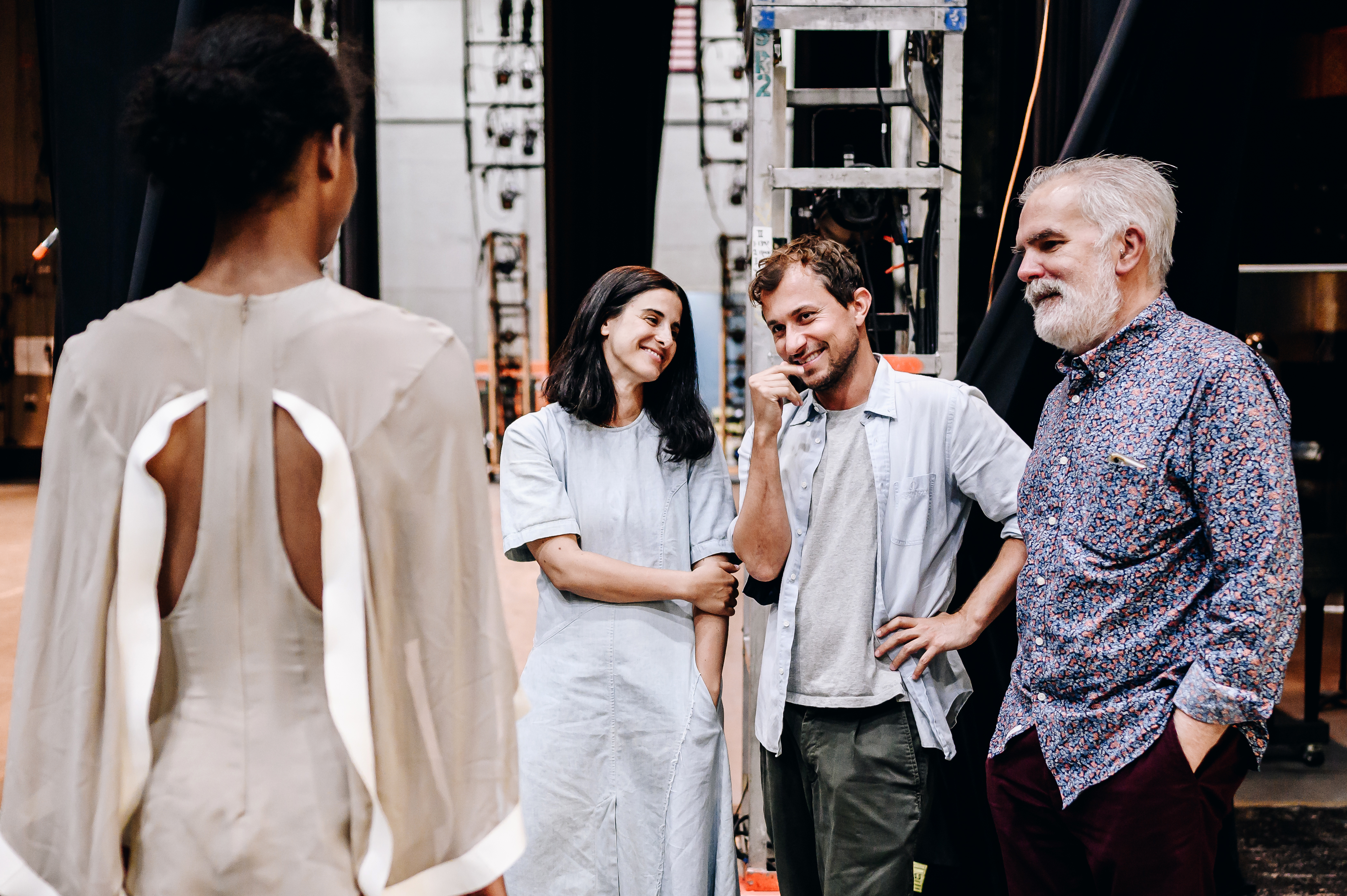 Both designers will dress a company of highly skilled dancers who have been largely out of work for 18 months. Even without compensation, many of them continued to train themselves in isolation, practicing in cramped New York City apartments to be prepared for when theaters opened again.

For John Rogers, “It’s really humbling that NYCB thought of me as someone to help usher in a new era. I just really want to be as explosive and idiosyncratic as I can be — not only for my own satisfaction but to also have the dancers and choreographers feel like this is something new and refreshing, that they are excited to wear and perform in.”

Cortázar concurred: “I can say that I think it’s an important time to bring color. I’m generally inspired by playing with different color palettes — I want it to bring a sense of optimism so the dancers feel excited to return to the stage.”