Gaultier Reissues One of Madonnas Most Controversial Looks Ever 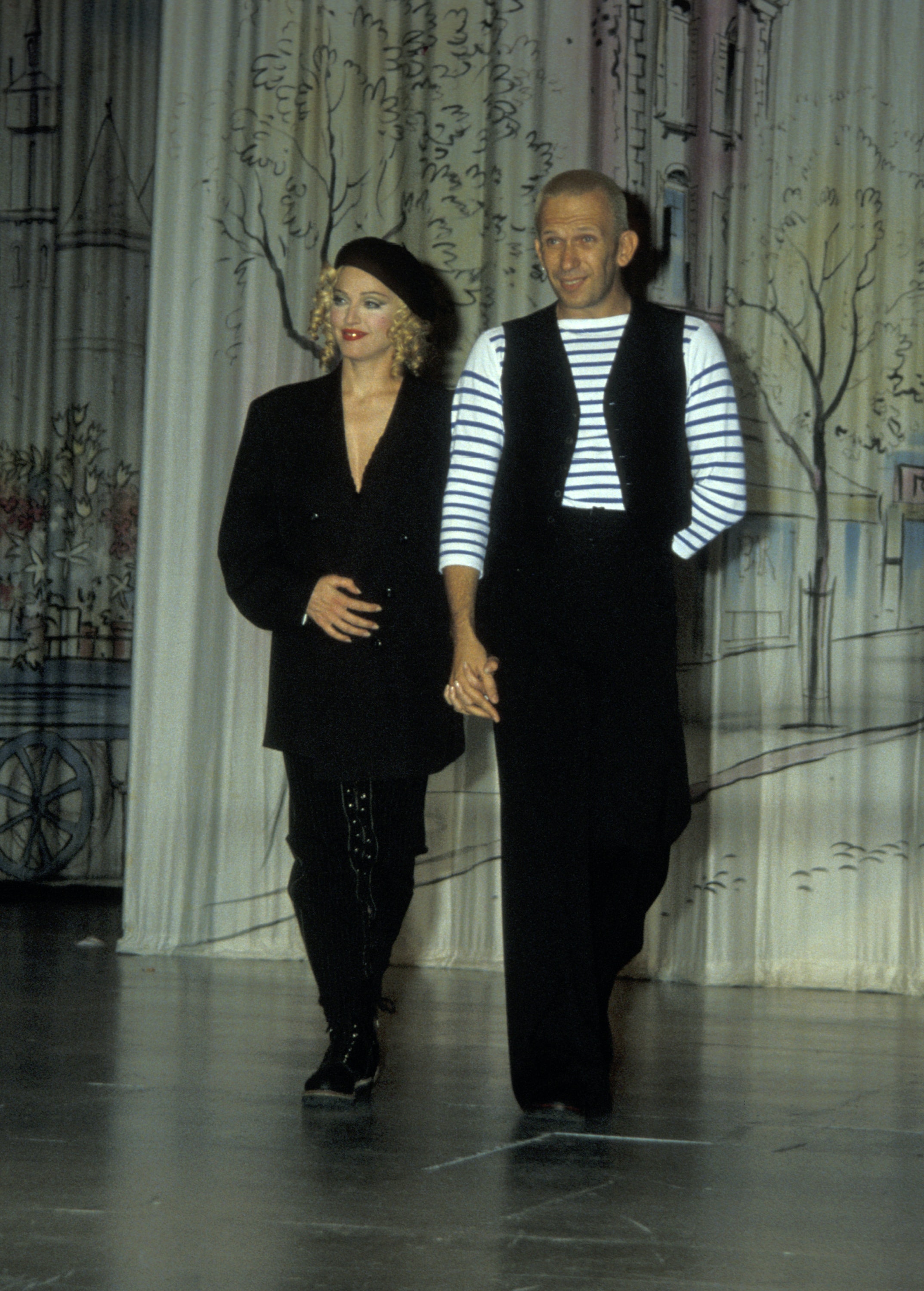 On Wednesday, Jean Paul Gaultier—with general manager Antoine Gagey at the helm—entered into the 21st century with a new website and an upcoming in-house rental service that will allow fans of the French house to temporarily own pieces of the vast Gaultier archive. In addition, JPG dropped a new ready-to-wear collection, their second one in six years following their official return to RTW last May.

The new collection, now available on the brand’s site, “revisits the iconic punk aesthetic so dear to the fashion world’s Enfant Terrible,” according to an Instagram announcement from the brand. The inspiration is obvious when scrolling through the site, passing through tartan in all forms, shredded knits, and an overwhelming amount of leopard print. There are also some reimaginations of classic JPG pieces thrown in there, possibly most notably what is referred to as “The Madone Trouser,” an extreme-high waisted wool blue, pinstripe trouser that culminates in a leather chest harness. The model on the site wears a branded tee under the pants, but true JPG heads will remember the first time a slightly different version of this look debuted, back in 1992 on the ultimate Gaultier muse, Madonna.

It was one of Madonna’s most controversial moments (which says a lot considering who we’re talking about). Madonna joined her longtime friend, Gaultier, to walk the runway for her first time, at the AIDS fundraising gala in support of amFAR. There, Madonna walked on stage holding Gaultier’s hand, wearing an oversized blazer on top of a pin-stripe, lace-up skirt. Before long, she ditched the blazer to reveal what was underneath. The skirt stopped right under her bust, where a harness perfectly wrapped around the pop star’s breasts. Madonna continued to model the look, fully exposed to the 6,000 person audience.

The Madone Trousers clearly take inspiration from this iconic moment, though they turn the skirt into a pair of pants, and shrink the harness, making it less likely to be used as a breast holster. Still, the reference is a nod to Gaultier and his boundary-pushing history, as if the brand is saying that while they may be entering into a new chapter, they will not forget their past.