A GRANDMOTHER was forced to have half of her nose cut off after a “pin prick spot” turned out to be skin cancer. 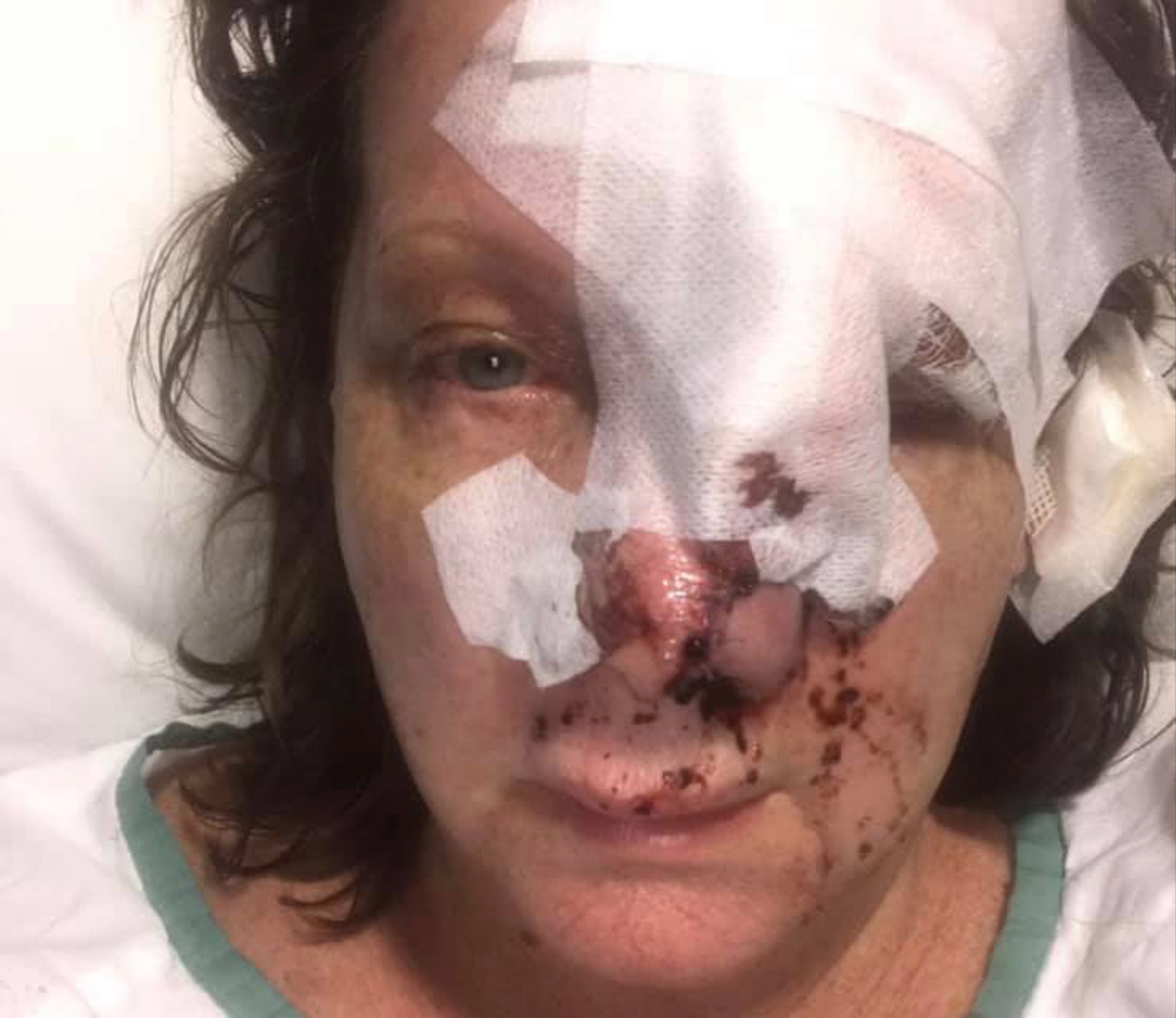 The 59-year-old from New South Wales, Australia noticed a spot on her face and was told she had developed a rare form of skin cancer.

Tracey was first diagnosed with Basal Cell Cardinoma when she was just 33-years-old and despite having various surgeries to remove the cancers, she admits she continued to sunbathe without using protection.

The mum-of-three has now had 14 surgeries in total.

She was forced to have part of her nose and lip removed in a bid to give her the all clear. 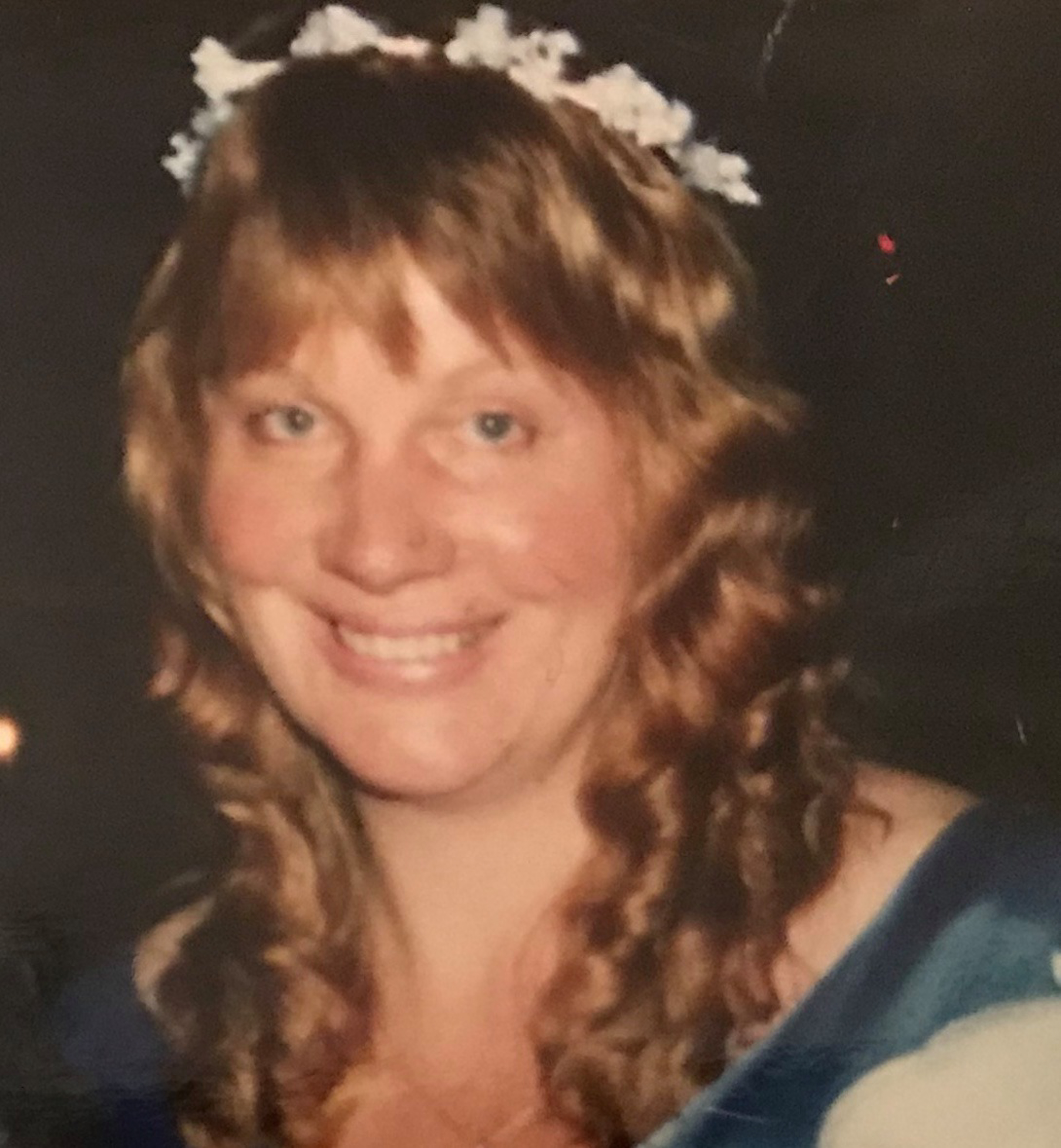 The office assistant said: "When I found the second sore, I kept picking it. I should have known better with everything I've been through.

"Then the surgeon told me they couldn't save my nose, they would have to take half off and replace it with the cartilage in my ear and skin from my forehead.

"I just walked out of the office crying because it was so traumatic. All I could think is that I'd be ugly and I'd never be able to go out again.”

Surgeons had to reconstruct the tip and left side of Tracey’s nose.

What is Basal Cell Carcinoma?

Basal cell carcinoma (BCC) is sometimes referred to as a rodent ulcer.

The disease affects the outermost layers of cells in the skin.

Around 75 per cent of all skin cancers are BCCs, which are typically slow-growing and almost never spread to other parts of the body.

If treated at an early stage, this form of skin cancer is usually completely cured.

But if they do become more aggressive, BCCs may spread into the deeper layers of the skin and into the bones – which can make treating it more difficult.

Signs of BCCs, include a skin growth that:

Despite this she still needs more surgery as she is unable to breathe properly through her nose.

She added that the scars from the procedures have left her self conscious.

Tracey said at one point she didn’t leave the house for a whole year and added that she has received abuse in the street because of her appearance.

"It's knocked my confidence very badly. 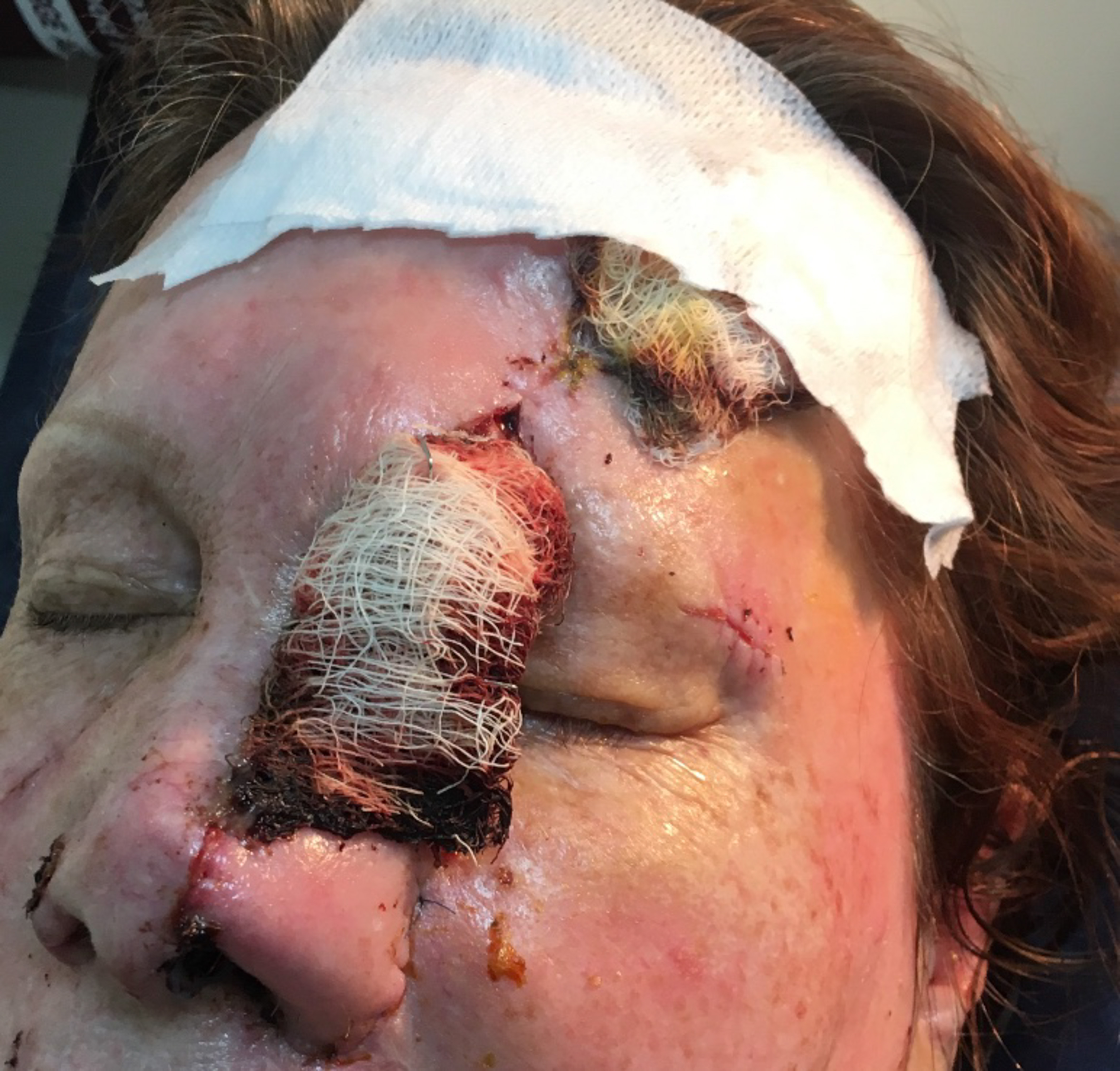 "The left side of my nose is thicker and sits lower than the right side and the nostril opening is elongated rather than round.

"I feel guilty because people suffer a lot worse than me but the fear of ridicule stops me from going out.”

Tracey now says she is at a point where the swelling has finally settled but said her appearance makes her cry when she thinks of the way she used to look. 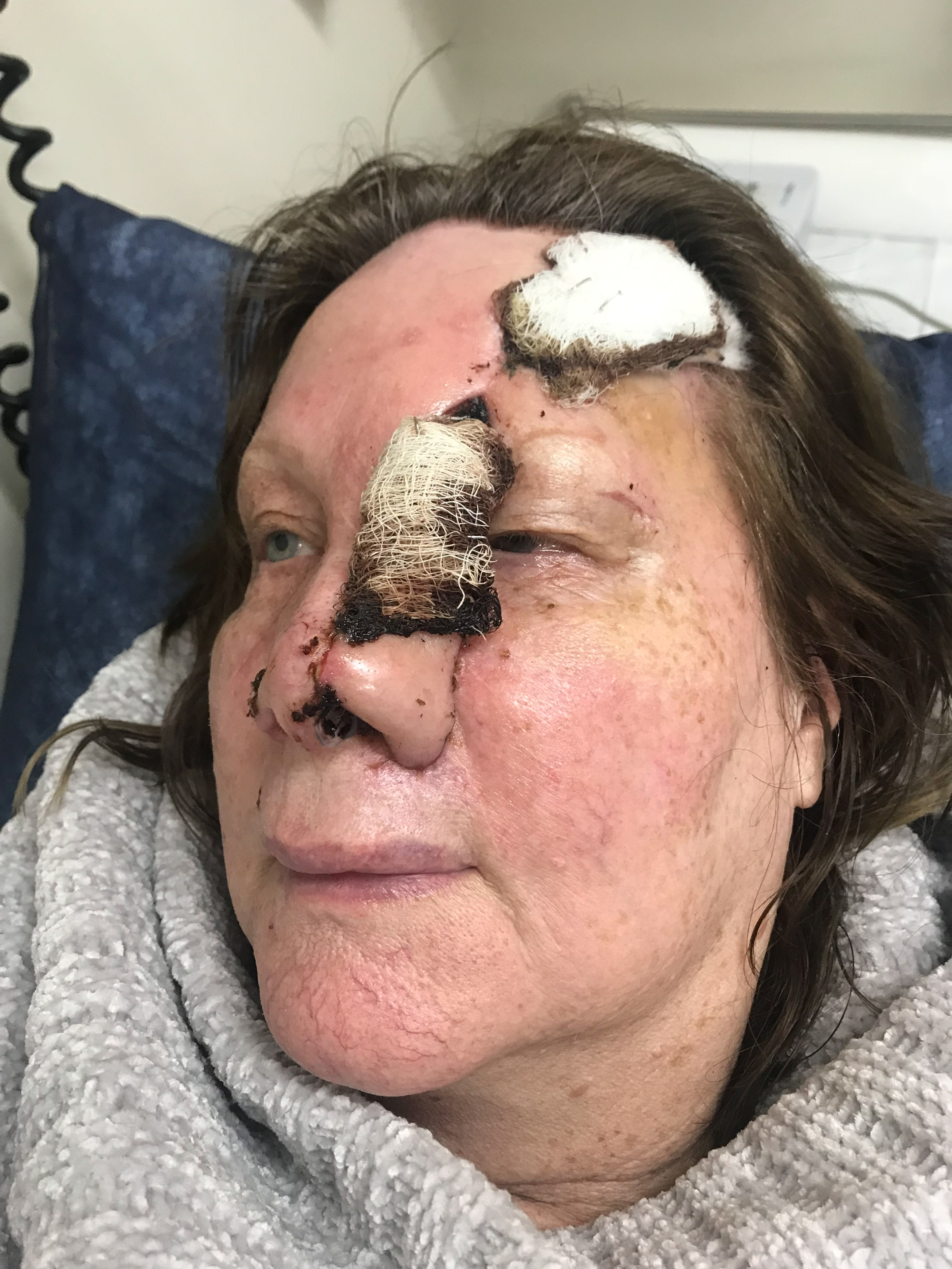 "When I had my first surgery, I went out and a group of boys were laughing at me, that really knocked me."

When Tracey was a child she said she got badly sunburned and since she was 33-years-old she said she has had “nothing but cancers cut off, burnt off and frozen off”.

"It's easy to say it's just a suntan but it’s not.

"I found a tiny pin prick scab underneath my nose that kept oozing just a speck of blood so I went to a dermatologist and had a biopsy.

"It was skin cancer and to remove it, the doctor had to cut from the tip of my nose to the bottom of my lips because it was so deep.”

Tracey said what you can see on the surface is nothing in comparison to what’s underneath.

After surgery to realign her lip she said her face looked like a “train track”. 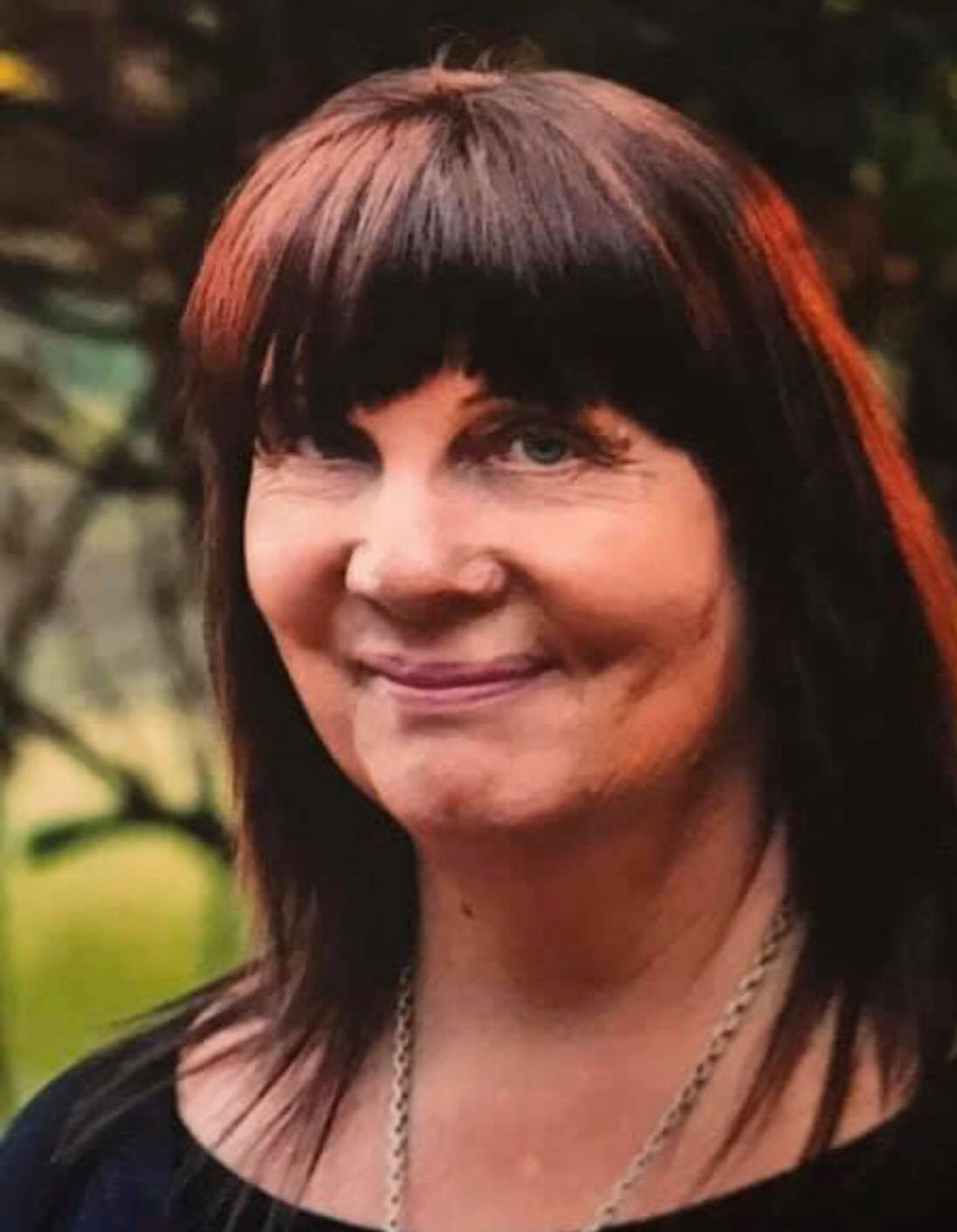 Tracey is speaking out to warn others of the importance of wearing sun protection and the need for regular skin checks.

She claims the sunburn she got as a kid is still affecting her today.

"I didn't wear sun cream or keep covered up. We have to be so careful because It's not worth it just for a tan.

"I've been living with this since I was 33. If I had just covered up or worn sun cream I wouldn't have had this problem".

Tracey insisted that her children, Ethan, 28, Isaac, 27, and Cassandra, 22, were constantly covered up and wearing sun cream when they were outdoors so that they didn't fall to the same fate.

She said: "My kids never get sunburnt.

"They wore swimming costumes with full length arms and they weren't at the beach a lot like I was.

"They just look at me and they know they need to be careful with their own kids."