A MUM was left speechless after doctors told her she was having twins in each of her two wombs.

Ashley Calo beat odds of one in 50 million after having twins with one baby growing in each uterus. 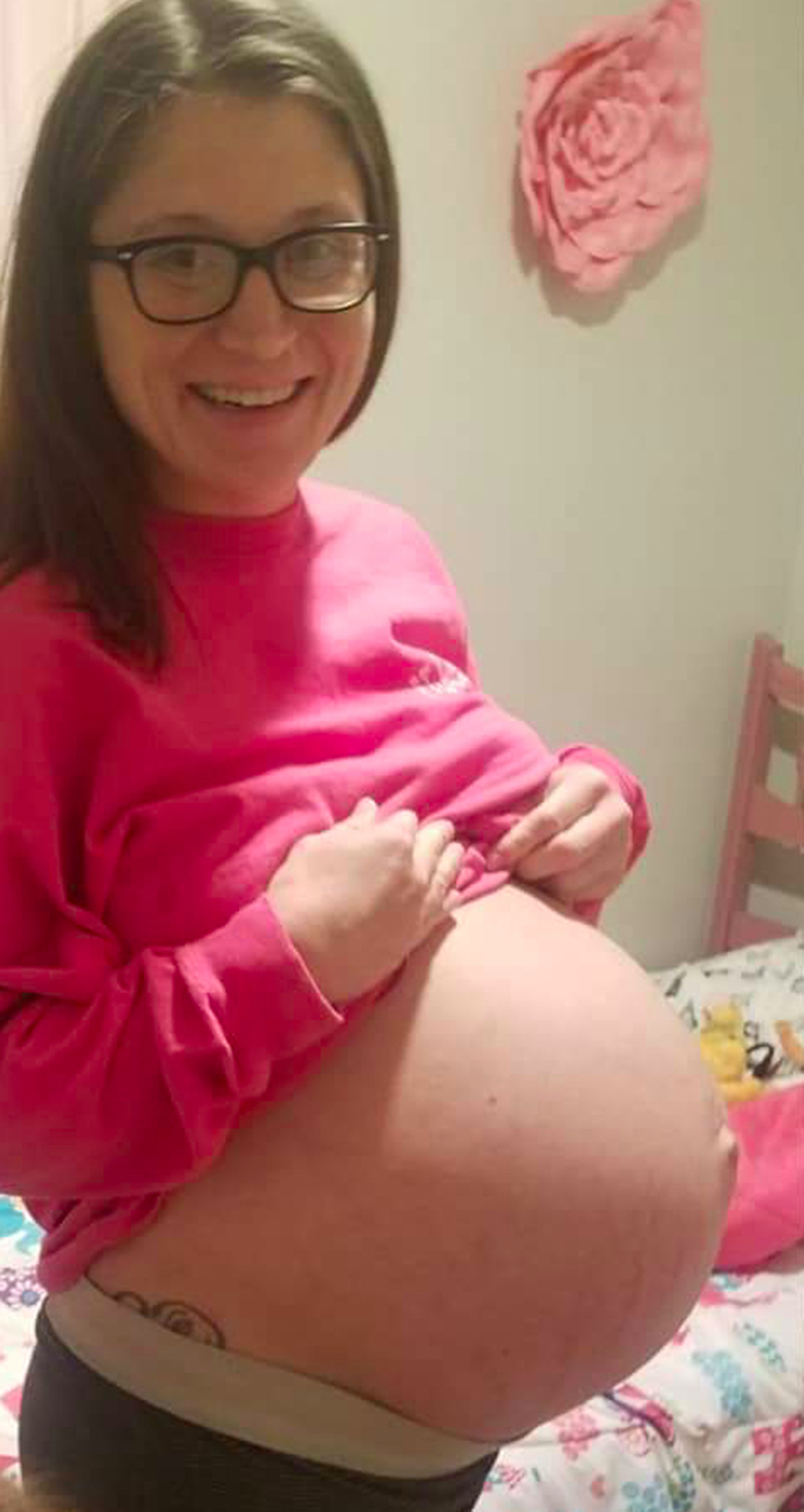 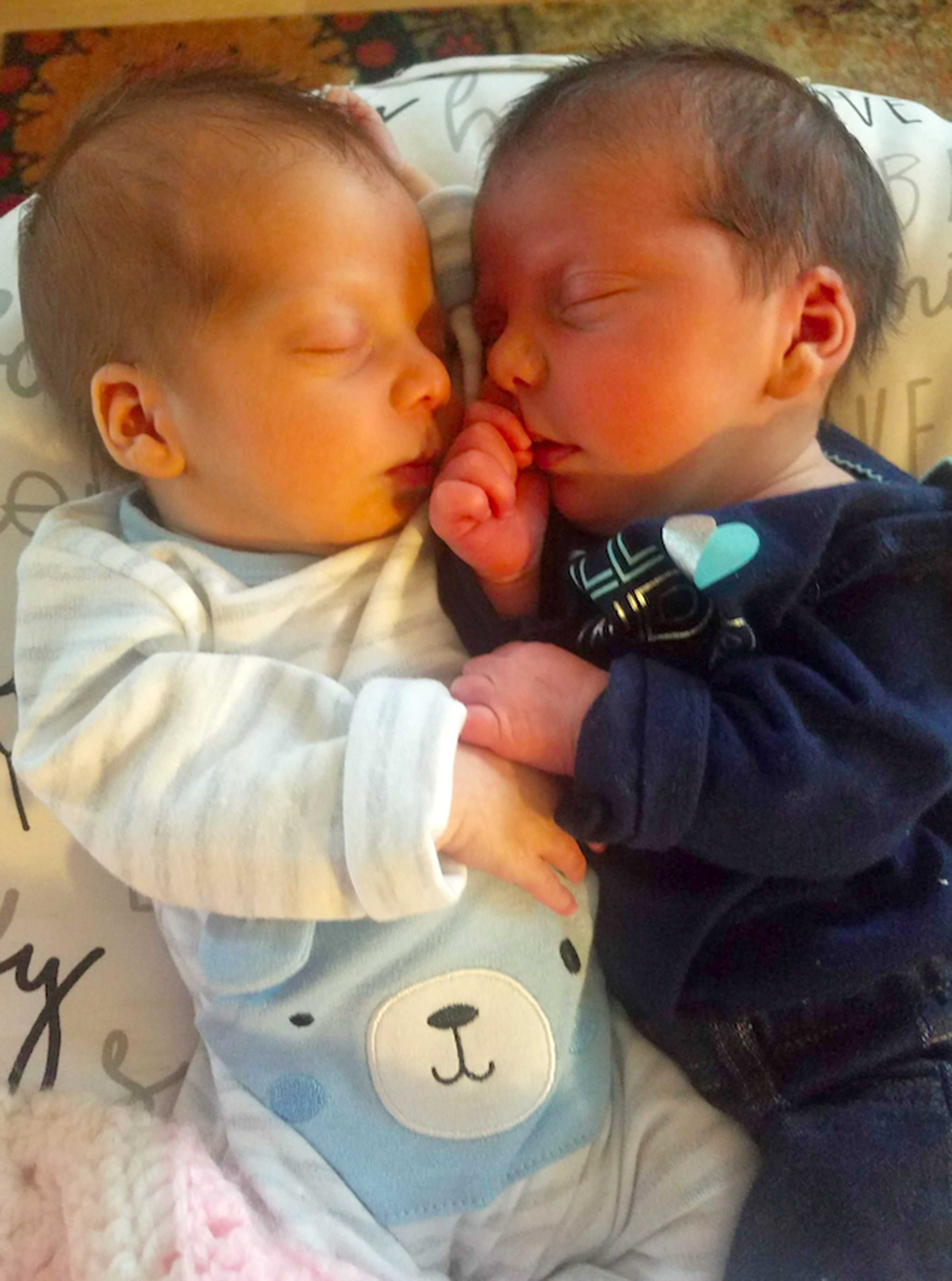 Doctors told the 31-year-old from Connecticut, USA, that she would be having a boy and a girl – but that they would grow in separate uteruses.

The chance of a woman having twins, with one born in two different wombs, is 1 in 50 million.

Little Zoey and Parker were born back in April and weighed 6lb 6oz.

Ashley is also mum to daughter Cassidy, three, and said she and her husband Mike, 33, a dental lab technician, never even knew this could be possible.

The stay-at-home mum said she was at her eight week ultrasound when she found out. 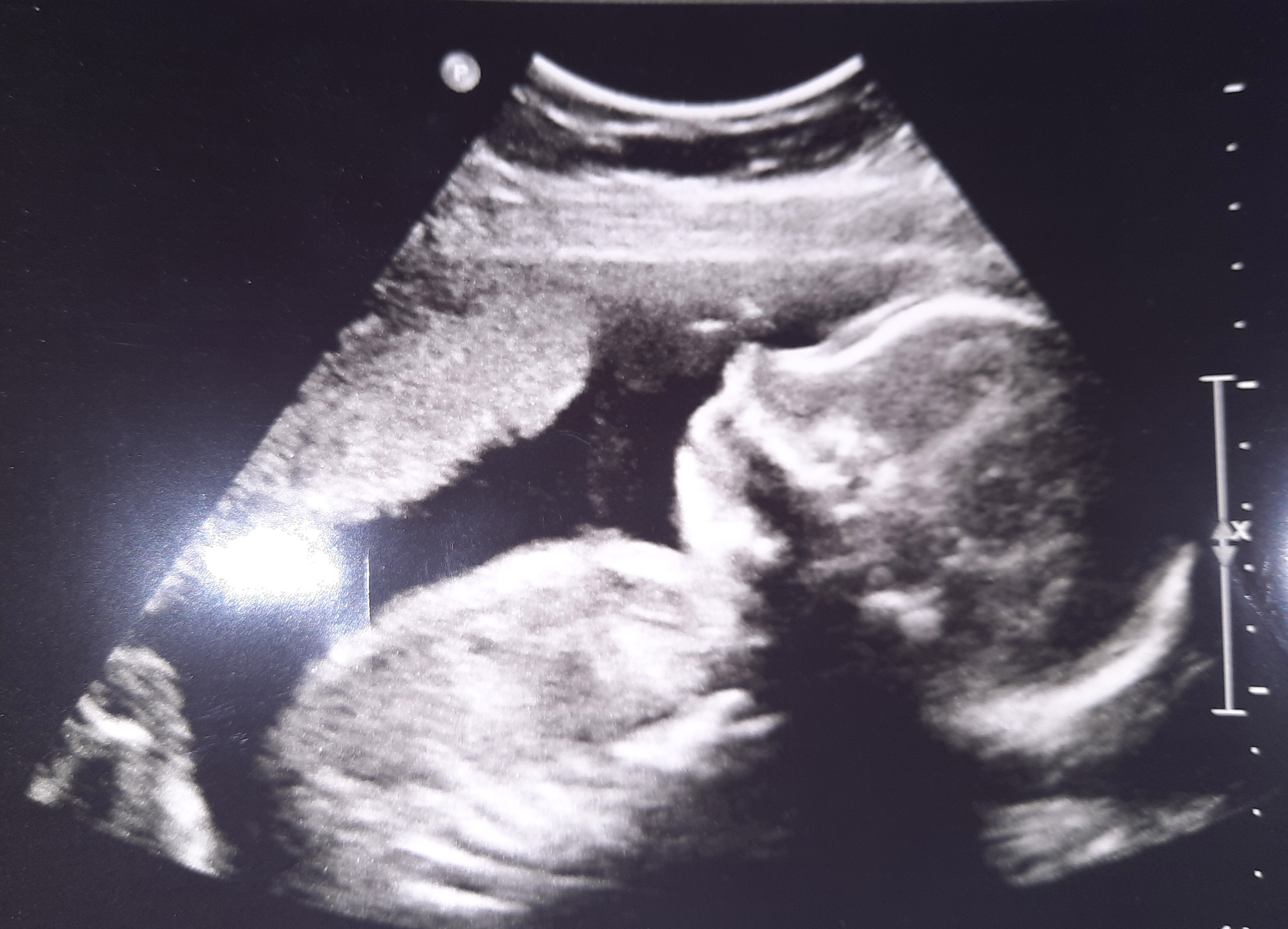 “I gave the technician the usual spiel about how I have a double uterus, just to give her a heads up that she would see one uterus empty.

“Then she told me that I was having twins, and that one was growing in each womb.

“My husband and I were shocked, our jaws dropped to the floor. I was in disbelief for about two weeks.

“It’s so rare, I never thought this could happen to me. I was told it was about a 1 in 50 million chance of this happening.”

Ashley said her doctor said it was the first time he had seen this happen in his 30 years of practising medicine.

Uterus didelphys is a rare condition that means a woman is born with two uteruses, two cervixes and in some cases, two vaginas.

Ashley first discovered that she had a double uterus after undergoing an ultrasound for a kidney infection as a teenager as the condition does not usually cause any symptoms.

She said she was 18-years-old when doctors did an ultrasound and discovered she had two uteruses.

WHAT IS UTERUS DIDELPHYS

Uterus didelphys is a rare condition where a woman’s uterus fails to fuse properly during development in the woman.

The two wombs are often slightly smaller than the average womb in order to allow them both to fit.

A double uterus often causes no symptoms. The condition may be discovered during a regular pelvic exam or during imaging tests to determine the cause of repeated miscarriages.

Women who have a double vagina along with a double uterus may suffer heavy menstrual bleeding that isn't stopped by a tampon.

In these situations, the woman has placed a tampon in one vagina, but blood is still escaping from the second uterus and vagina.

Women who continue to bleed after a tampon has been used or have extreme menstrual pain should see a doctor.

There is no known causes as to why some women develop two wombs, although genetic factors have been considered.

Many women have normal sex lives, pregnancies and deliveries.

But sometimes a double uterus can cause: 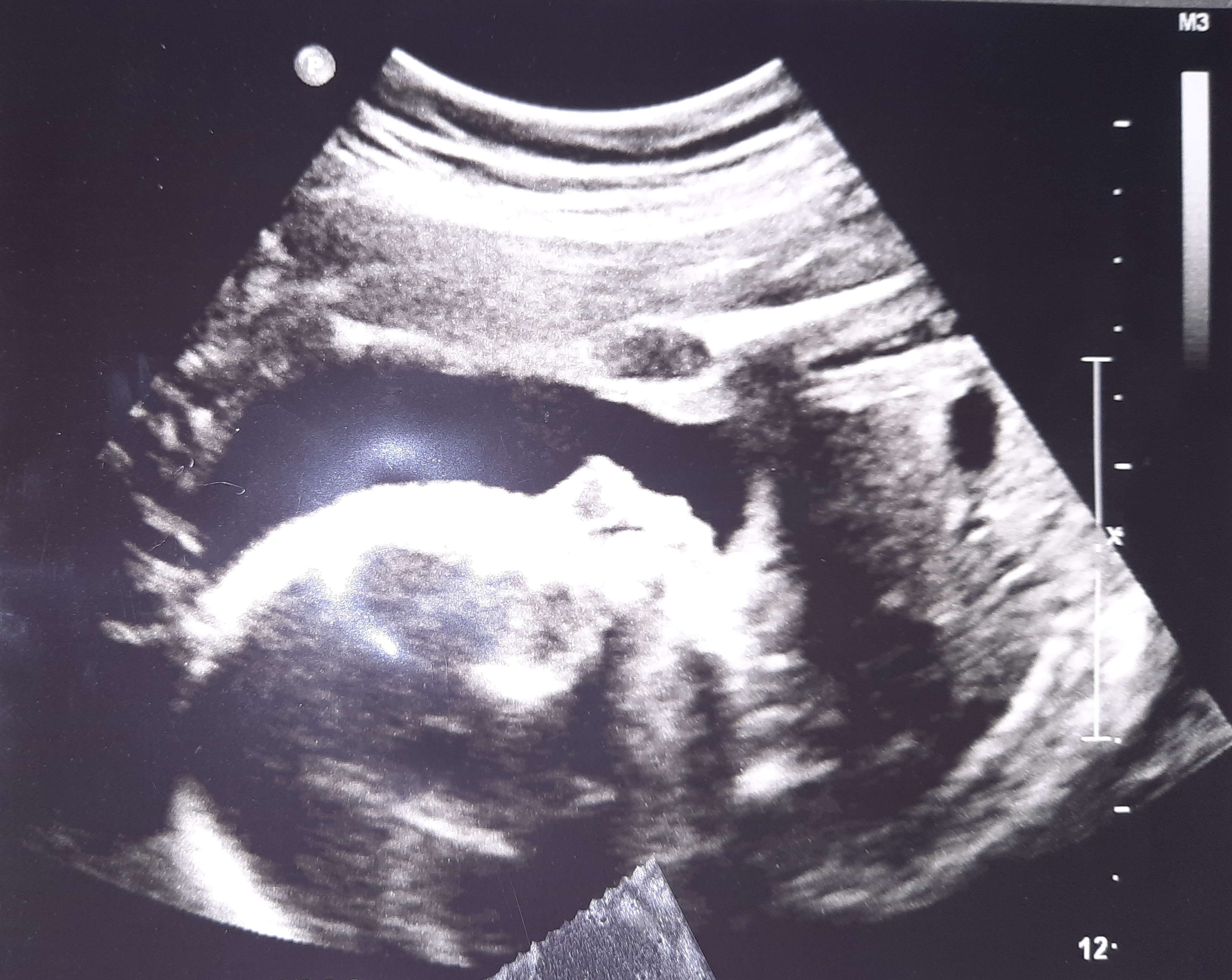 Ashley said:“It turns out my father’s mum had the same condition, so I think it skips a generation as none of her daughters have it.

“I was worried that it might affect my chance at having kids, but thankfully this wasn’t an issue.

“I had my daughter Cassidy, and then we decided we’d like to have two kids so we began trying again.

“And now we got three. It was a lovely surprise, we couldn’t be happier.

“I wasn’t sure at first if they were technically twins, because usually twins share a uterus.

“But it just means they had more space and hopefully were extra comfortable!” 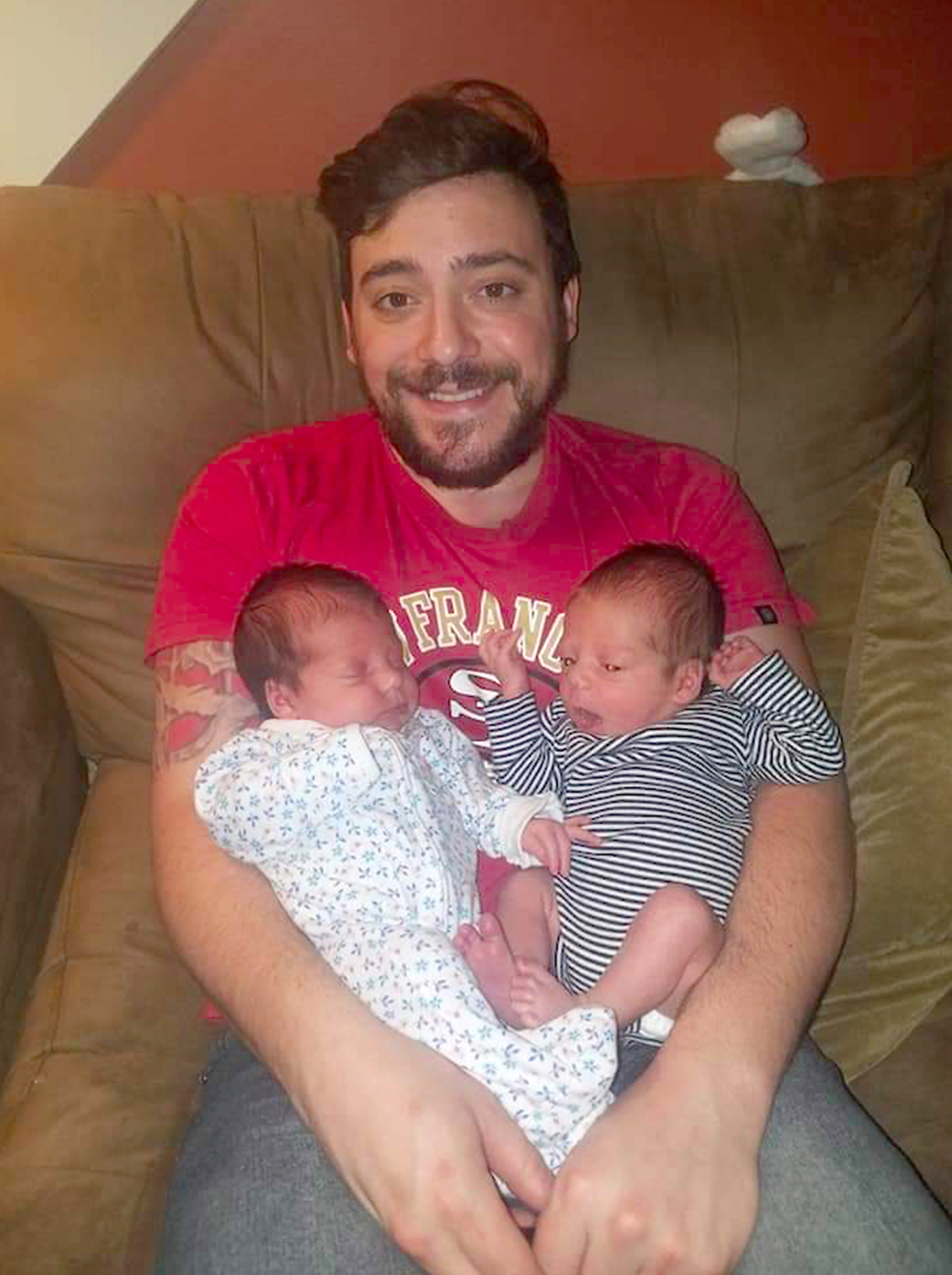 Due to her condition, Ashley said friends and family members often ask her a lot of questions.

In order for a woman with a double uterus, like Ashley, to have twins then two separate sperm need to latch on to two separate eggs.

Ashey said her mum always brings up her condition at family gatherings.

“Everyone is always so intrigued by it. They have a lot of questions.

“They think I have a double period, when I don’t – it’s completely normal.

“It is crazy to think about, it’s really amazing.” 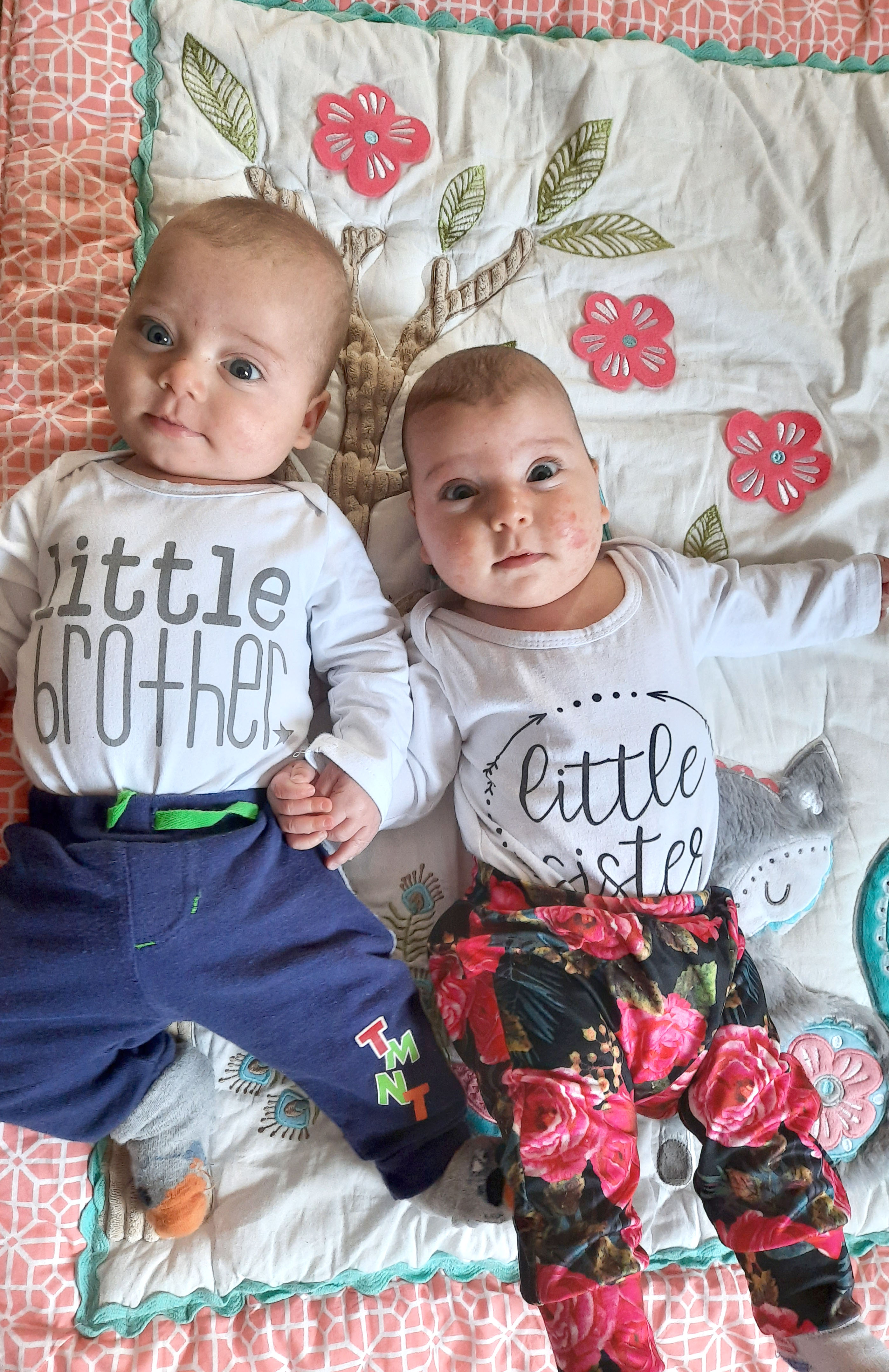 When Ashley had Cassidy, the pregnancy went well, but she now admits having twins was more of a challenge.

The couple had hoped for a boy and a girl as they joked they “couldn’t handle” two girls.

“I had a C-Section with my daughter, so I thought I’d probably need to have one done again.

“I did try to ask the doctor if I could have a vaginal birth, but it just wasn’t going to be possible.

“The pregnancy with the twins was far more taxing on my body. I was always hungry and was constantly eating, they were just consuming everything I ate.

“On the day I gave birth, there were about 20 people in the room.”

When Ashley gave birth everyone had to wear masks and she wasn’t allowed any visitors due to the coronavirus pandemic.

She was in hospital for four days before going home and said she was worried something might go wrong during the pregnancy.

“I was nervous at the start, but thankfully as they both reached all their milestones and I knew it was all going to be fine.” 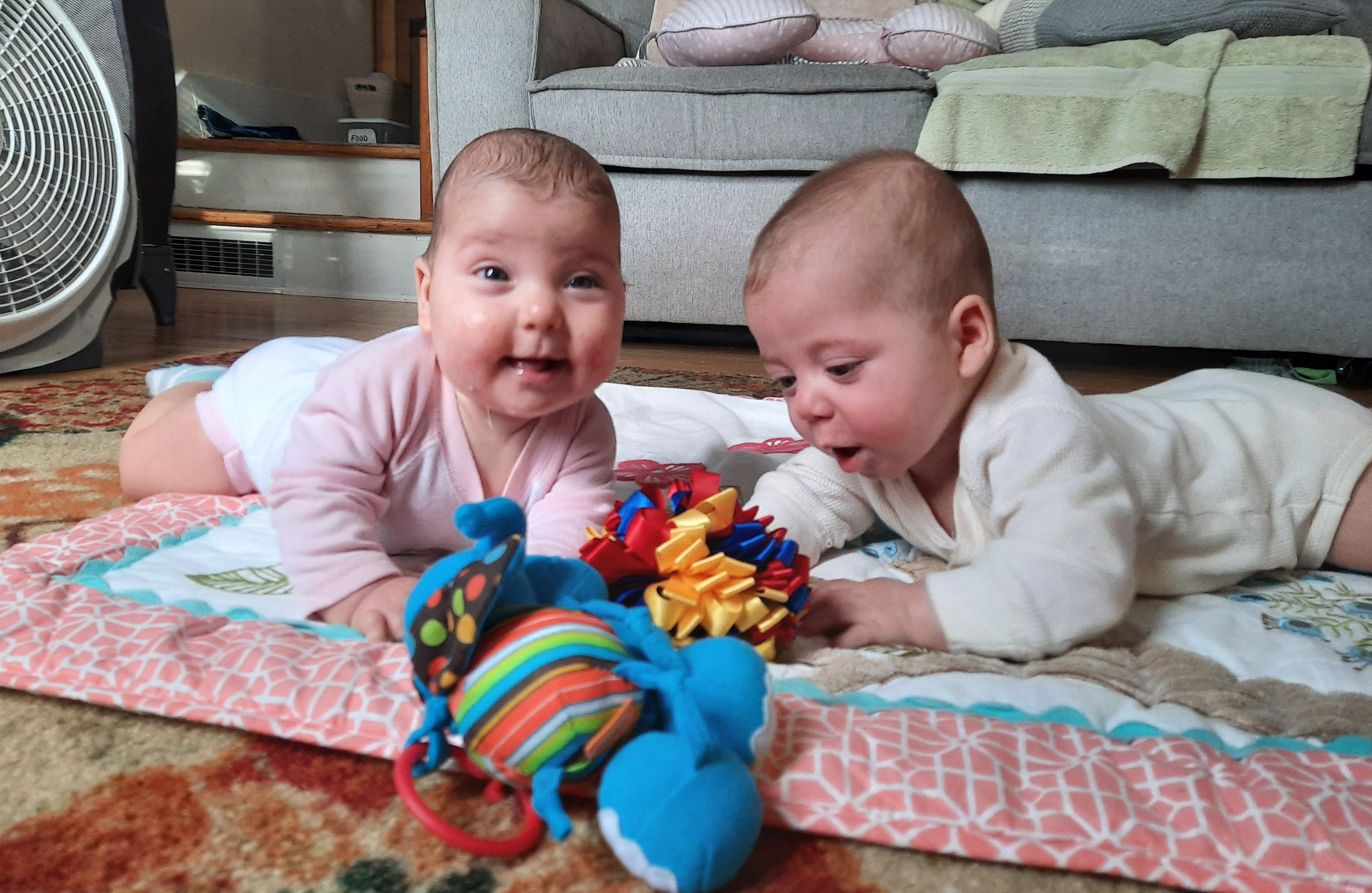 “We’re so happy with our little family. Cassidy is such an amazing big sister.

“Mike is a great dad, once he got over the initial shock of having two babies with one in each womb, he was so excited.

“They’re such great babies, and each have their own little personalities that grow bigger every day.

“We couldn’t be happier with our family and it will be a fun story to tell them about mummy’s double uterus when they’re older!”