WITH lockdown restrictions easing retailers are predicting a ‘summer of love’, dubbing it a ‘sexplosion’.

Sales of contraceptives are set to soar – and dating apps have seen its members increase too. 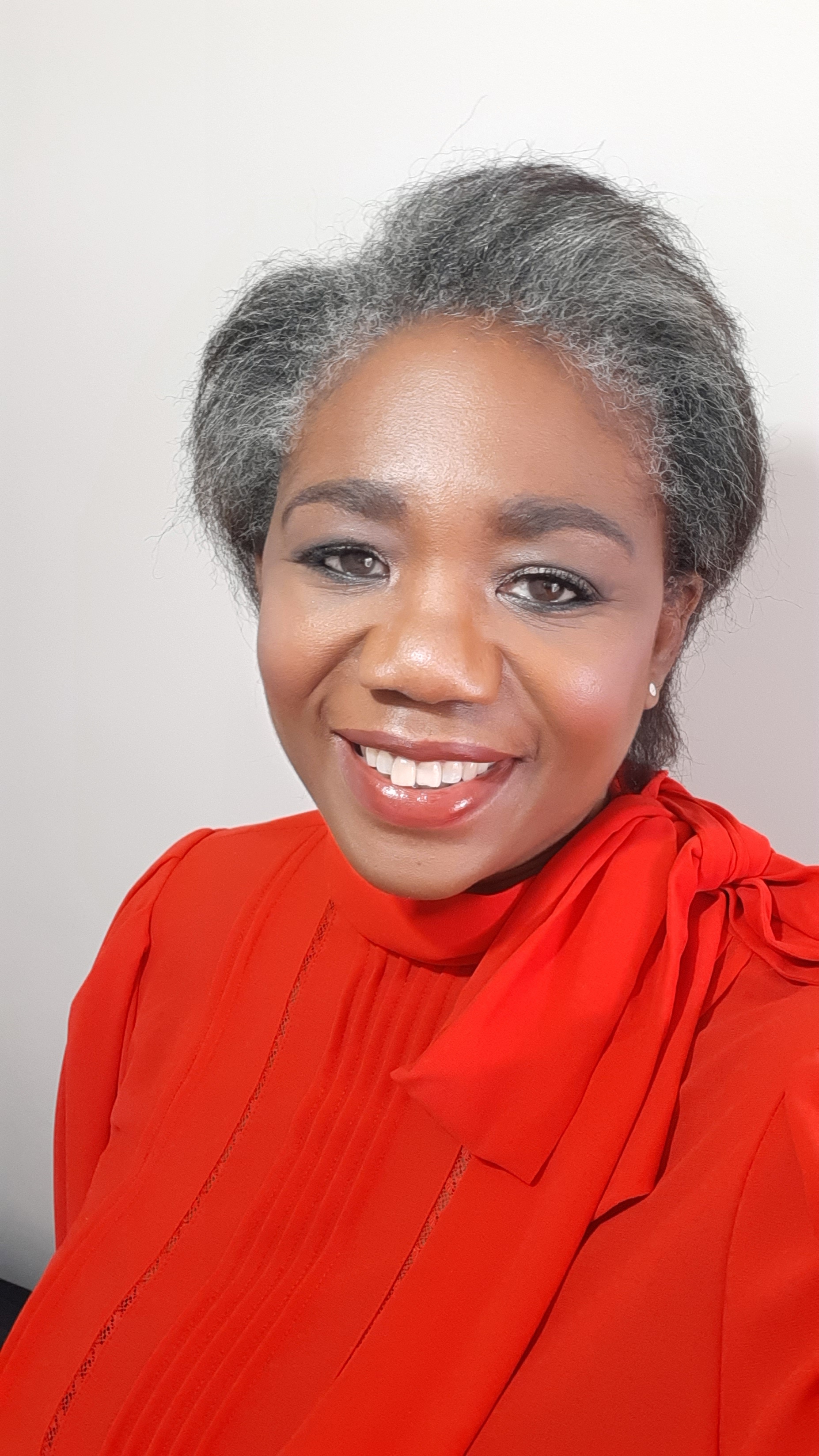 Justin McLeod, who runs the Hinge app, says users went on 10 percent more dates in April than in March – and its pace is only going to increase as summer hits.

One woman who has been trying to find love for an astonishing 11 years is Joyce Connor, 57.

She uses all the apps, to find love. Yet Joyce, from Reading, remains single – now she reckons it is because she’s one of Britain’s fussiest daters.

She spoke exclusively to Fabulous: 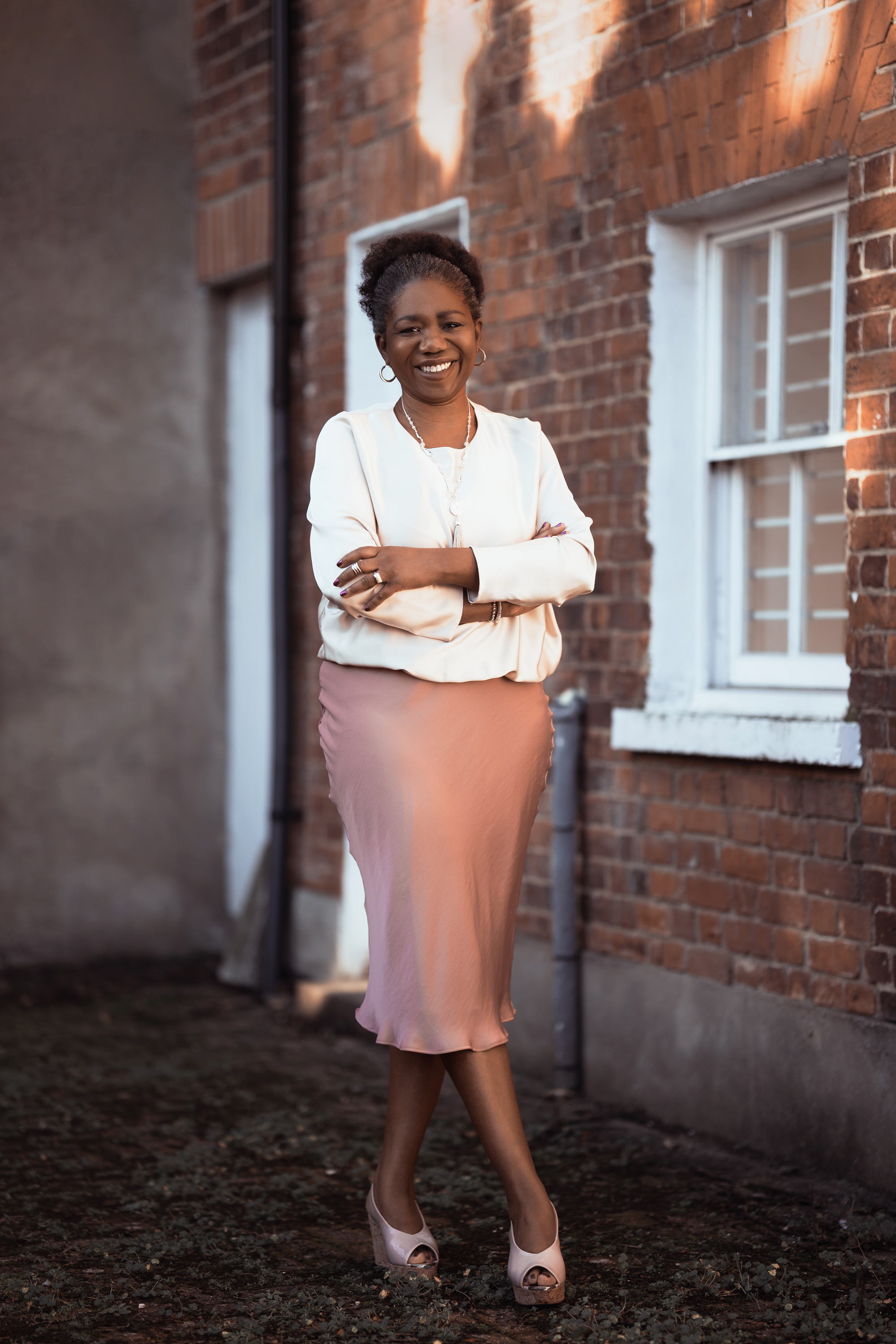 ‘No, no, no – ughhh – hard no!’ I muttered as I looked at yet another depressing would-be love match on the computer screen.

Stepping into the dating world for the first time aged 46, I was a bundle of nerves and trepidation.

I feared every bloke would be creepy, old and just not my bag. And sadly, I was right.

But I wonder if it was not actually their problem but mine – because aged 57 I’m the fussiest dater I know with a list of deal-breakers as long as my arm.

And it’s not your typical ones, ‘no druggies, murderers or chap who still lives with their mum in their dotage’.

Instead I won’t date anyone who doesn’t have the exact hairstyle I like, isn’t at least 6ft or shops in Primark.

And I once ended a relationship because I thought the man’s flat was too cold.

Too picky? Maybe but it is what it is. Possibly that’s why I’m single after 11 long years.

Still, it wasn’t always this way. I’ve been made this way by the dregs of men who’ve crawled out of the online dating pool which women in their older years are forced to swim in.

At the time I met him in a pub in Theale, West Berkshire, my first, much-loved son, Duane, was ill with congenital heart disease, dying shortly afterwards at just two-and-a-half months old.

So explaining to him I didn’t watch telly, he bit back with: ‘What are you? Victorian?’ It was like that time and time again – a disaster.

I just really connected with Ricky and we seemed to really get on. So when he suggested we have a wedding to ‘cheer me up’ – despite me wondering if it was too soon’ – I said yes.

We married in 1985, exactly a year after meeting, and went on to have three children, who asked not to be named.

Of course, marry in haste, repent at leisure, and needless to say it didn’t last. Aged 30, a decade after marrying, we called it a day.

It was scary to begin with, being alone for the first time in donkey’s years, but gradually I began to find my feet.

‘This could be great,’ I marvelled to my mum Beatrice, now 89. ‘A single girl about town.’

For the first time in my adult life I was free to do what I wanted. I travelled to New York for two weeks with my mum and loved it, seeing the sites and drinking cocktails in rooftop bars.

And after about six months I decided I was finally ready to embark on a new relationship, ready to move onto my new life.

So I logged onto some of the earliest dating sites, Dating Direct and Plenty of Fish and set some very stringent rules.

‘I only want men in close proximity to where I live in Reading and with similar interests. And no catfishers.’

I didn’t add my secret demands which are numerous. 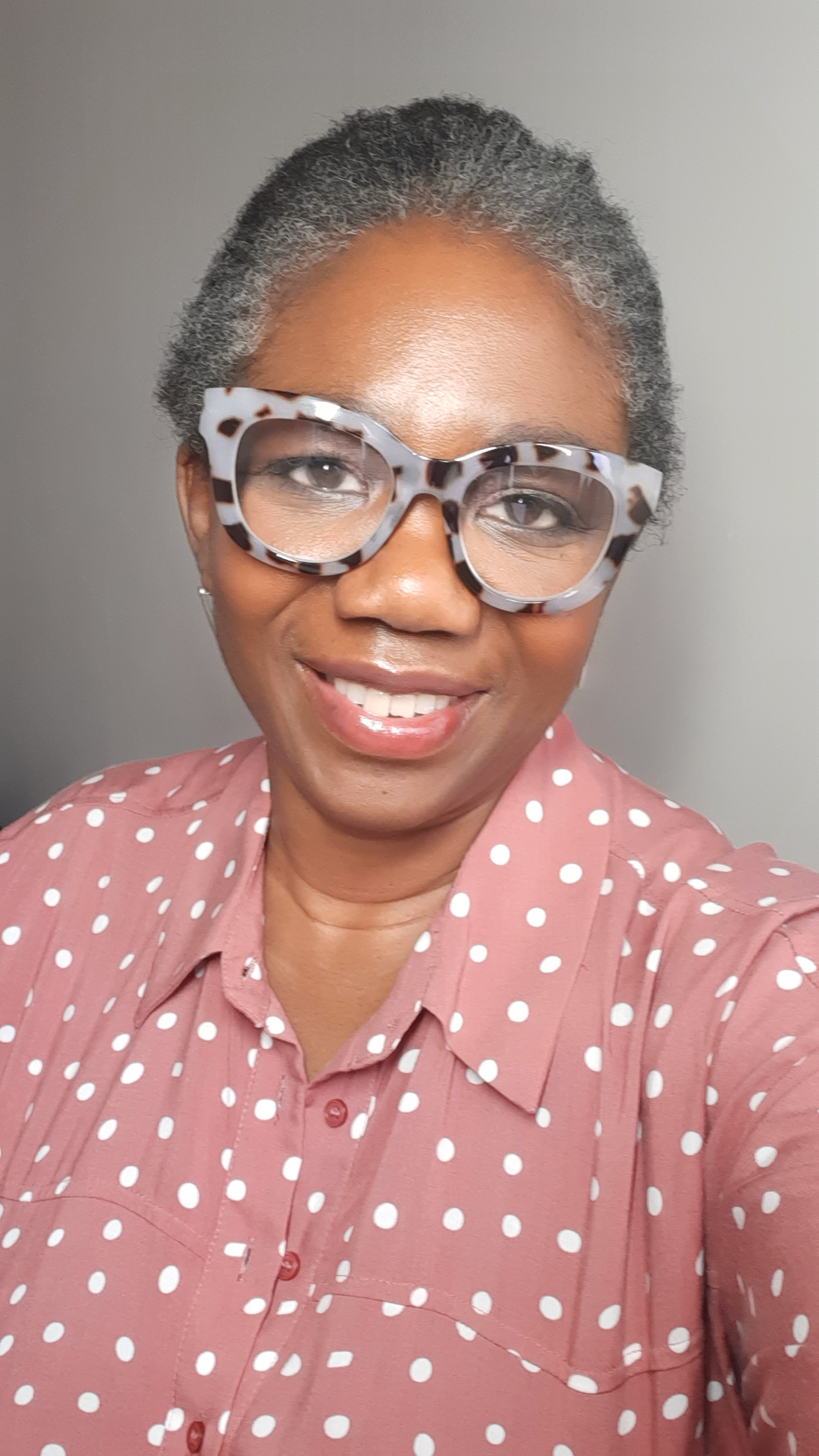 Selecting some of the nicest pictures of me, I wrote a quick biography detailing my interests – including quirky facts like I didn’t own a TV – and was shocked to be inundated with messages.

One bloke wrote: ‘We have so much in common before detailing all the soaps he loved.’ Um, did he even read my profile?

So explaining to him I didn’t watch telly, he bit back with: ‘What are you? Victorian?’ It was like that time and time again – a disaster.

Other people lived way out of my area, which is a huge deal-breaker for me.

One man ticked every box and looked just like a young Rutger Hauer, the late Dutch actor and someone I consider a real heartthrob. We arranged to meet for a drink so I was shocked when an old Ted Heath-lookalike bowled up.

‘Hey there,’ he leered to my utter disdain. I wanted to run, who was he kidding with the fake picture he had used?, but politeness kept me there for one drink.

He then went on to tell me he was seeing another woman but asked me if I wanted to be part of his rotation.

Needless to say I left at that point. Who did he think he was? Still, I kept going and met another bloke. 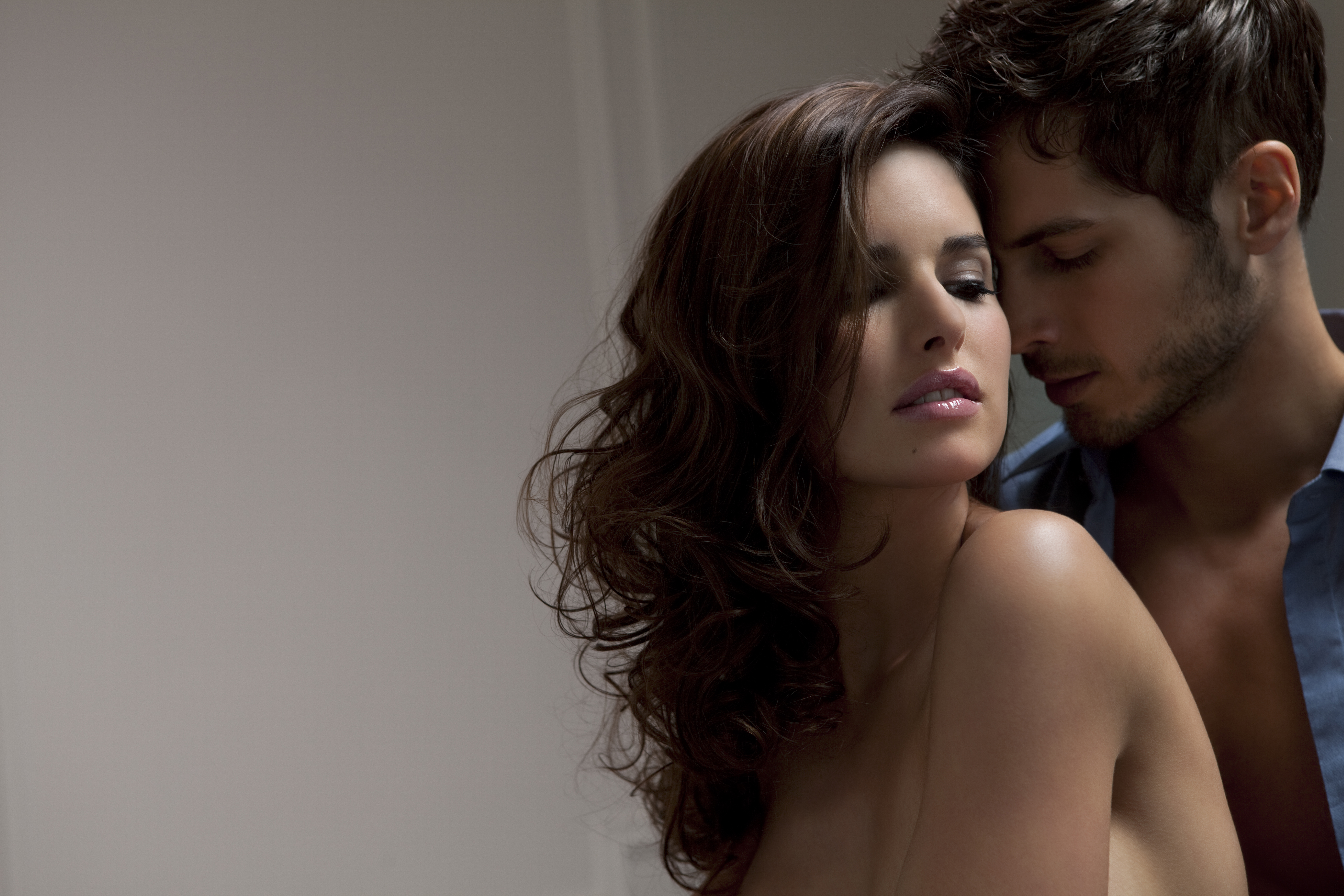 That was 11 years ago and he was so mean he didn’t like to spend any cash – only getting me a £50 bottle of perfume (I know some people will say this is a decent gift, but I got him a £300 docking station!)

And don’t get me started on his clothes. I like a bargain as much as the next person but everything – everything – he owned came from Primark.

A trip to New York proved my point because I had five cases so I could carry stuff back (everyone knows the Big Apple is great for shopping) and he had just one, filled with Primarni.

Meanwhile, he was as tight as anything. He had a good job but had painted concrete floors and his home was always cold.

It drove me mad…

Eventually we called it a day and since then I’ve always found something wrong with all my matches, leading me to think maybe, just maybe, it’s me.

My mates crack up, dubbing me a right fusspot.

If a man has false teeth I’ll immediately gag – sounds reasonable you think?

But I won’t date anyone shorter than 6ft either. And I’m not especially tall at just 5ft 7ins.

He could be the perfect chap, but if he is only 5ft 9ins it’s a no.

Hair is a deal-breaker for me too. I don’t mind bald men but if they’re hanging onto the very last strands of their hair then they’re not for me. Three words blokes: Shave. It. Off.

Since then I’ve always found something wrong with all my matches, leading me to think maybe, just maybe, it’s me.

Neediness is not a quality I can tolerate in a man, although I love catching up with my mates for girly chats.

If a man I was seeing contacted me everyday. I would stop answering the phone and that would be that. I’m a 57-year-old makeup artist, a mum and hugely independent – I don’t want some bloke dragging me down!

Meanwhile, don’t get me started on clothes.

I know I shouldn’t judge but their clothes make a huge difference. A man I am seeing doesn’t need to be super trendy but they need to at least have some decent clothes in their wardrobe.

And my fussiness does have a few quirks…

I don’t know why exactly but I have a bugbear about black trousers and white trainers so if I spot a bloke wearing that my heart sinks.

I know my tick list – tall, not mean with money, no Primark, no bad hair, no false teeth, not needy – might explain why it’s been more than 11 years since I went on a date.

But it only takes one man.

In other relationship news, a ‘retired psycho’ reveals how to find EVERY Insta account your other half ever looked at & the stories they’ve reacted to.

And this woman blasted her ‘cheap’ date for only buying water – but gets savaged for cruel comments.

Plus this single mum issues a warning after being duped out of £5,000 by a con artist.