After issuing a series of collaborative collections, J Balvin and Takashi Murakami are wrapping up their merch series with a series of goods inspired by standout tracks from Balvin’s latest record, Colores. Showcased in a series of recent music videos, “Azul,” “Rosa,” “Negro” and “Verde” have inspired the latest drop, which includes a design indebted to Murakami’s ‘Mr. DOB chracter. 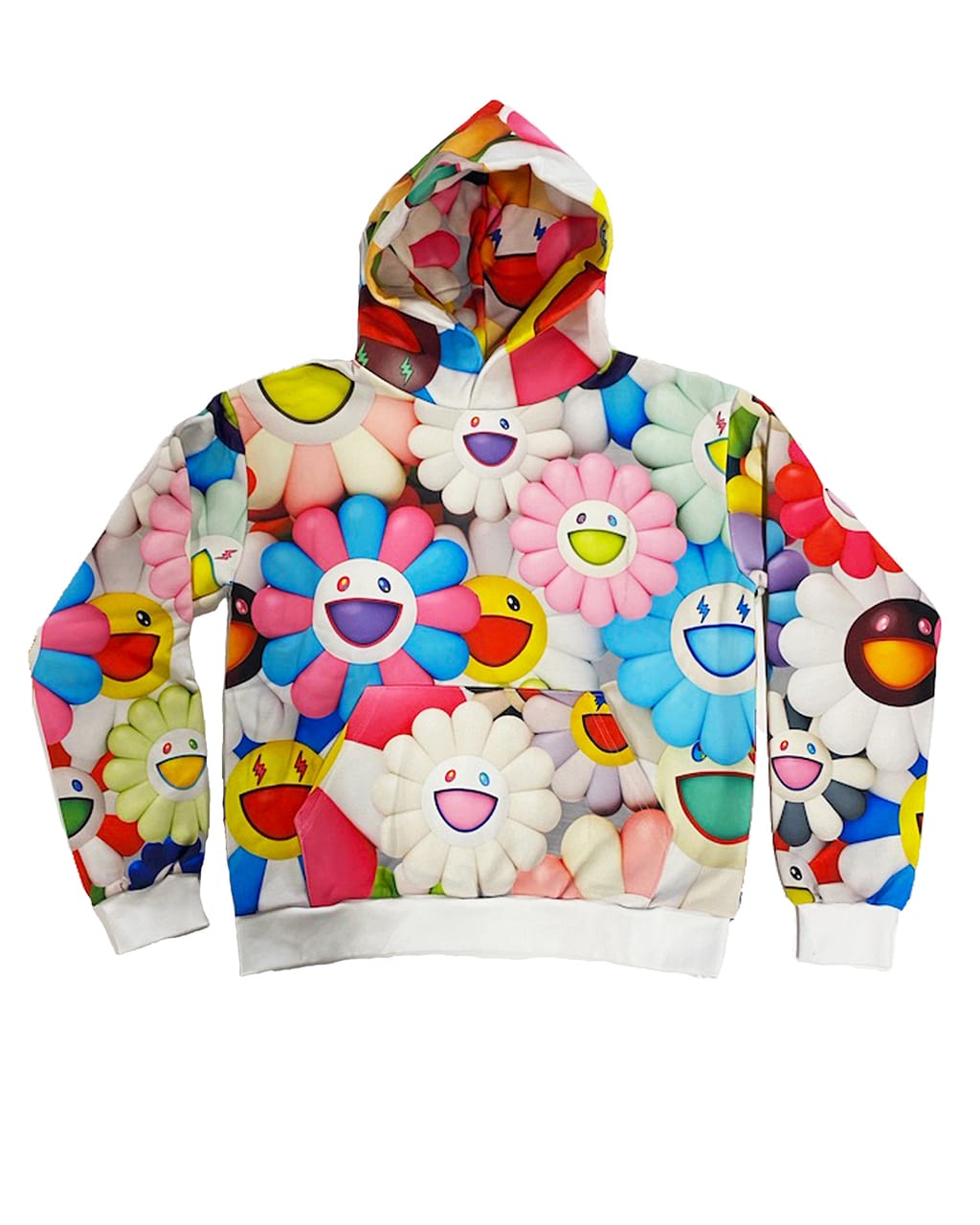 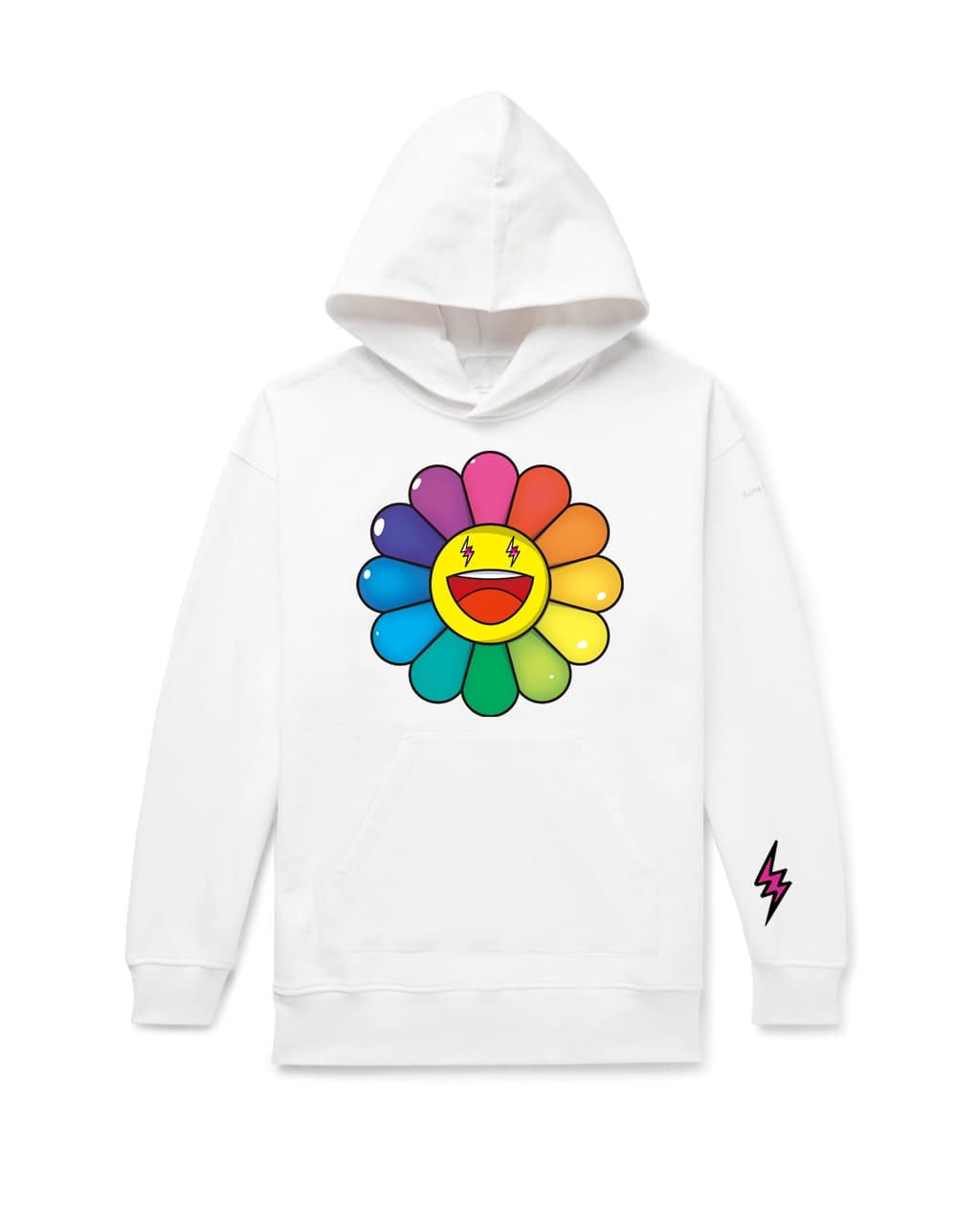 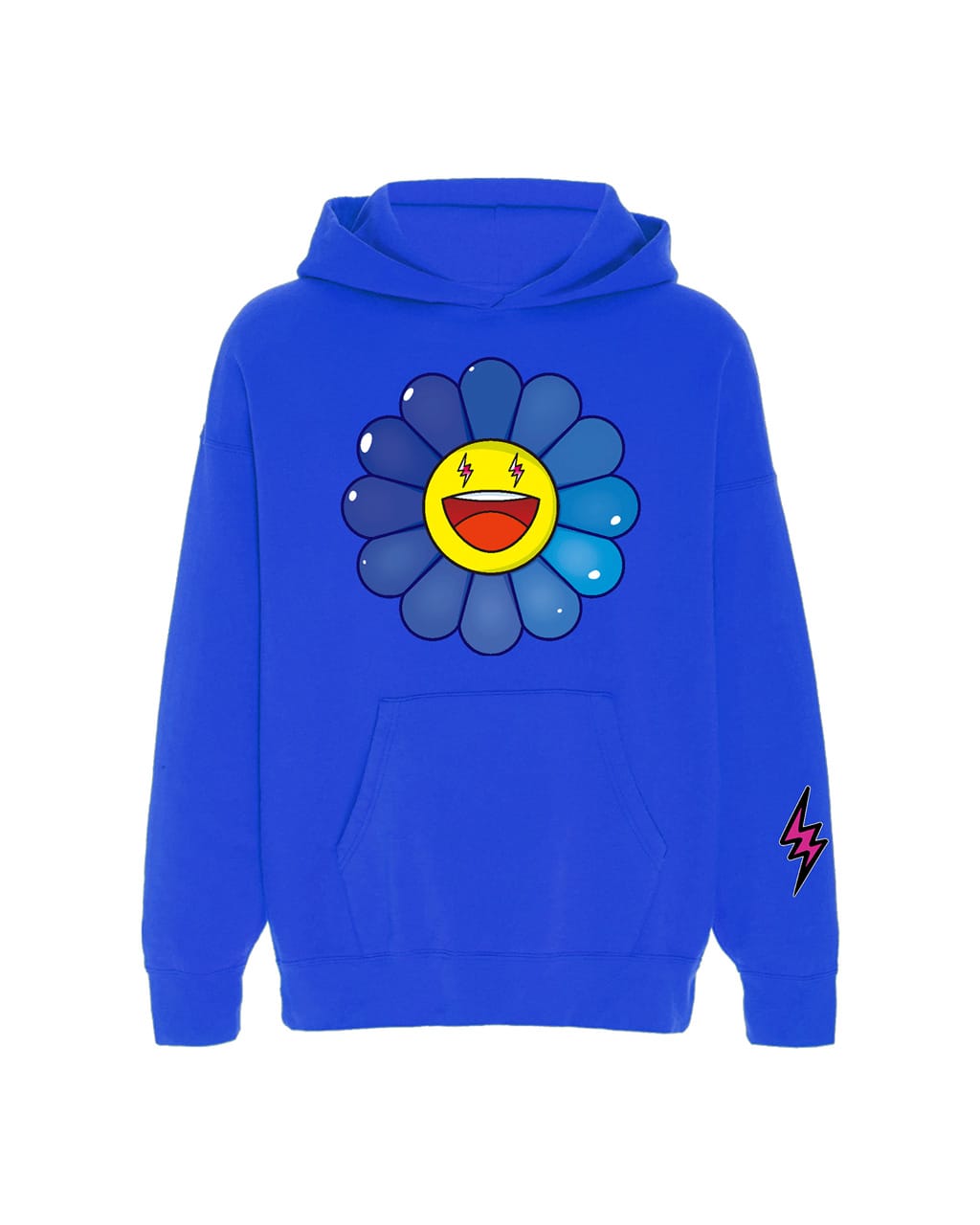 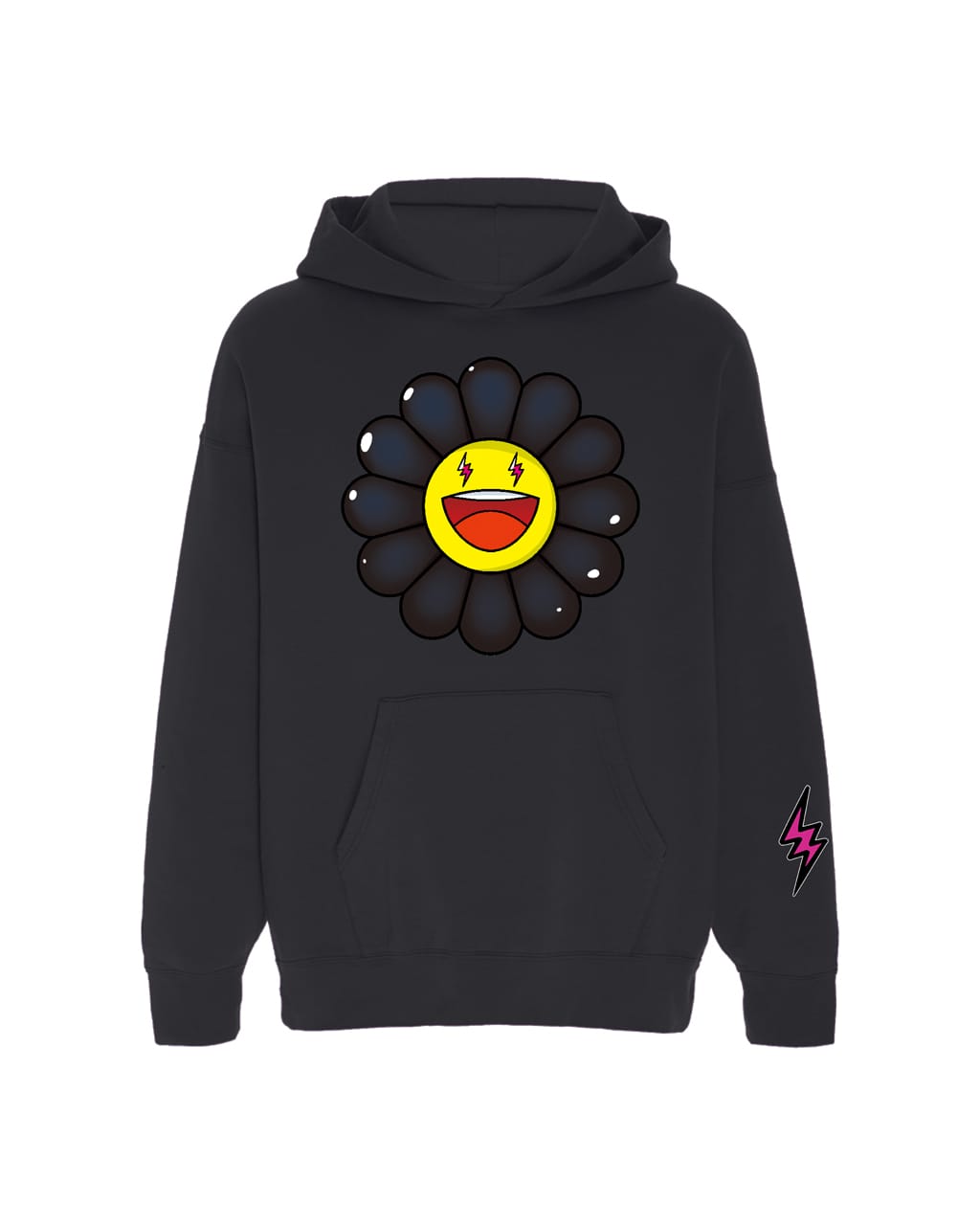 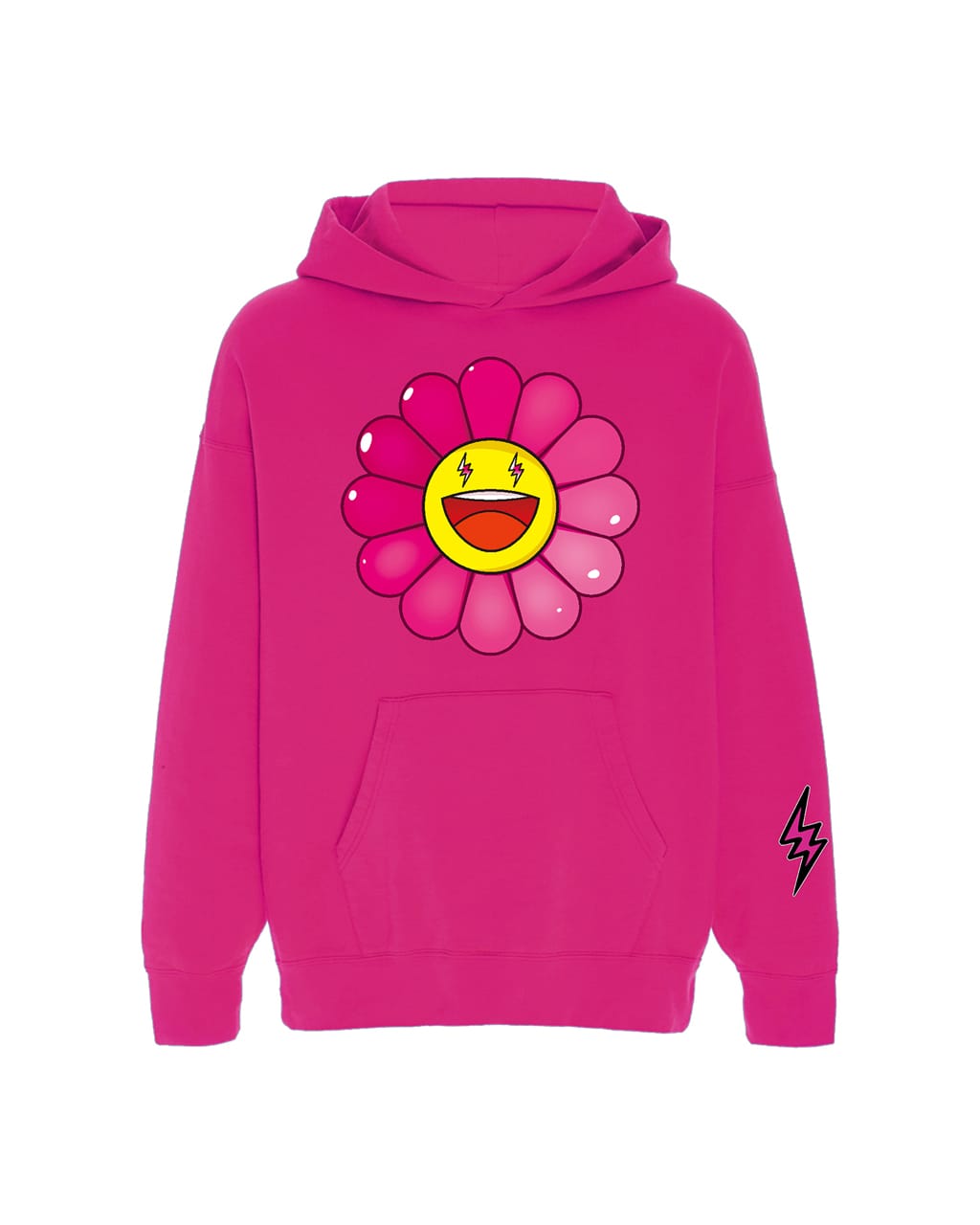 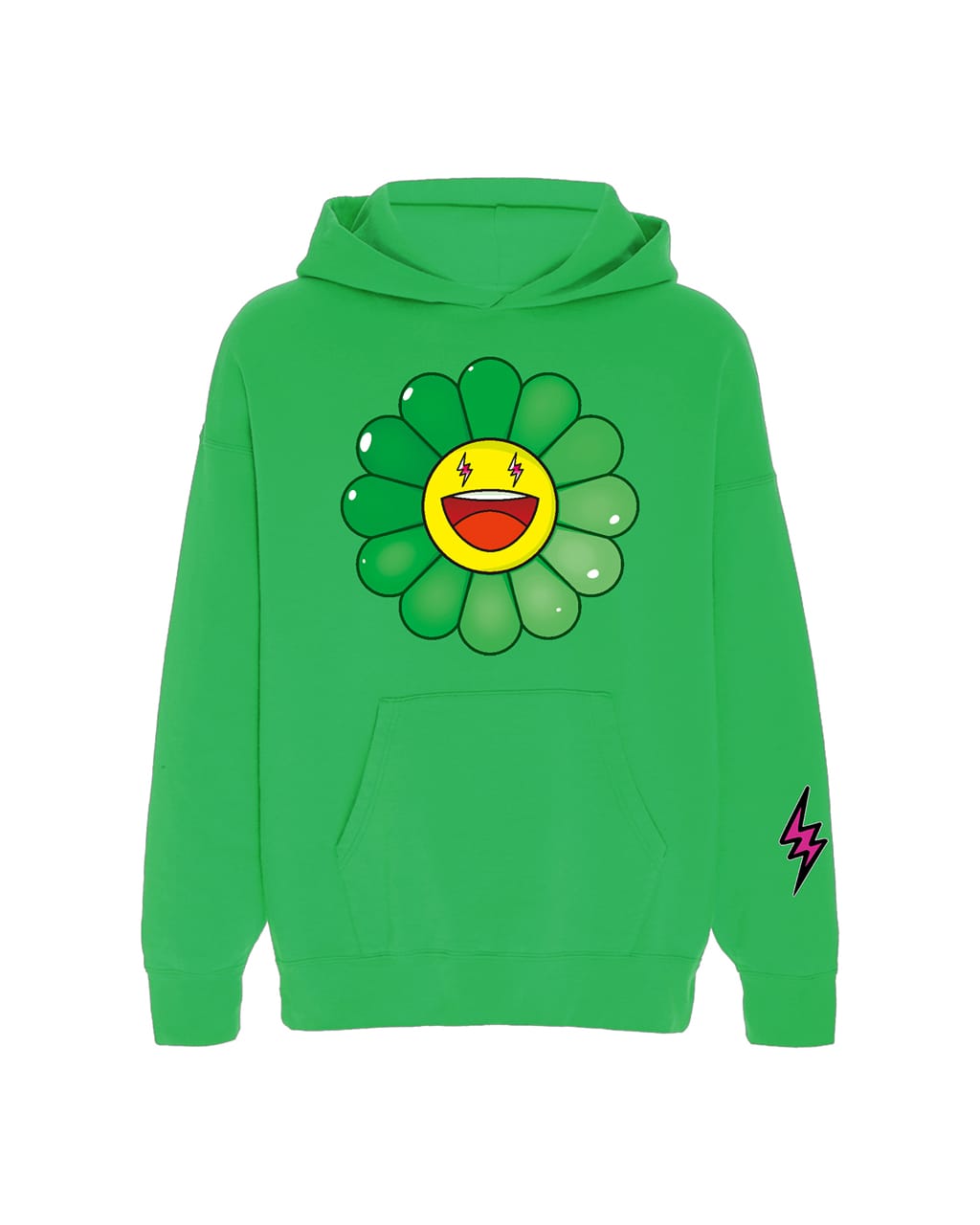 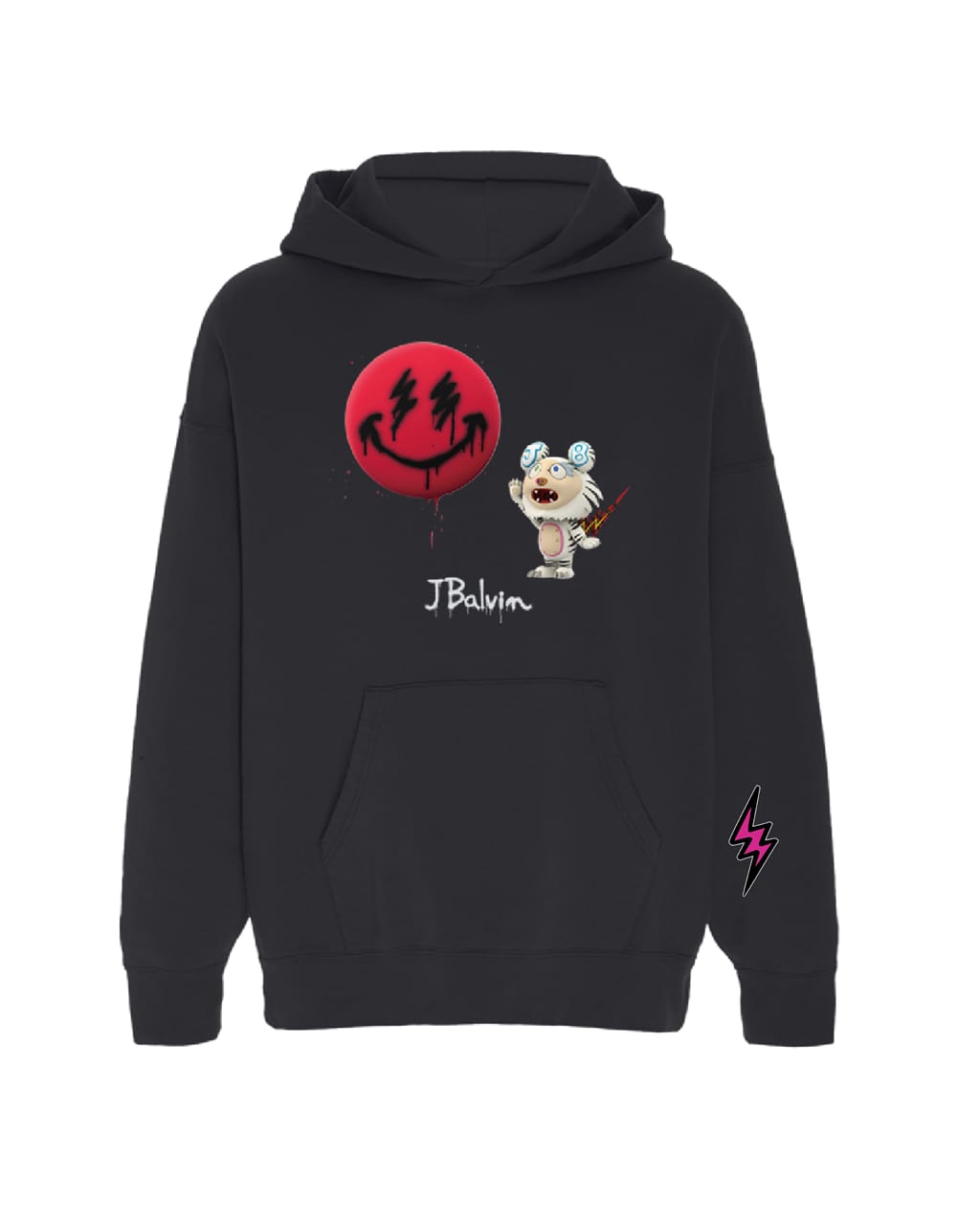 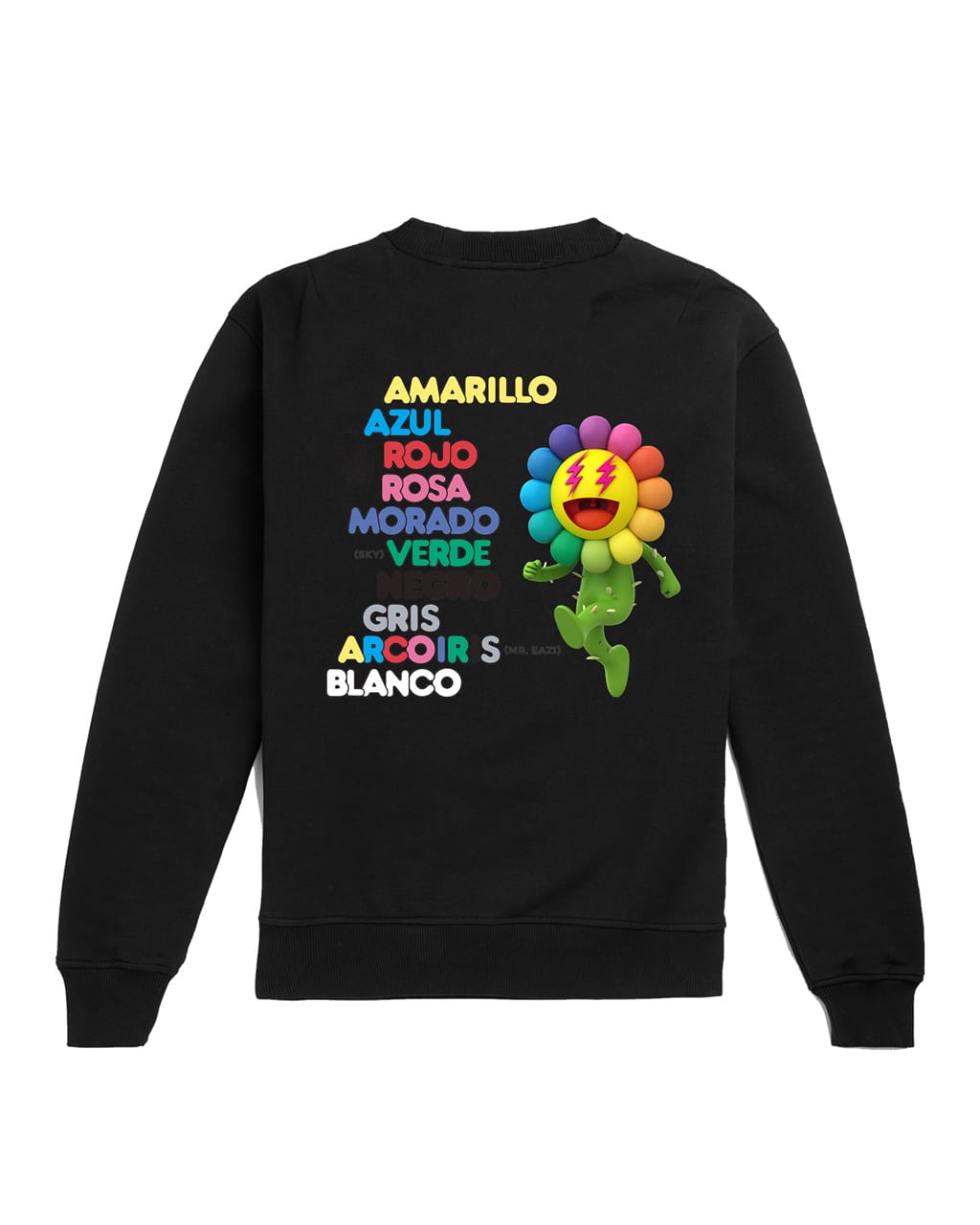 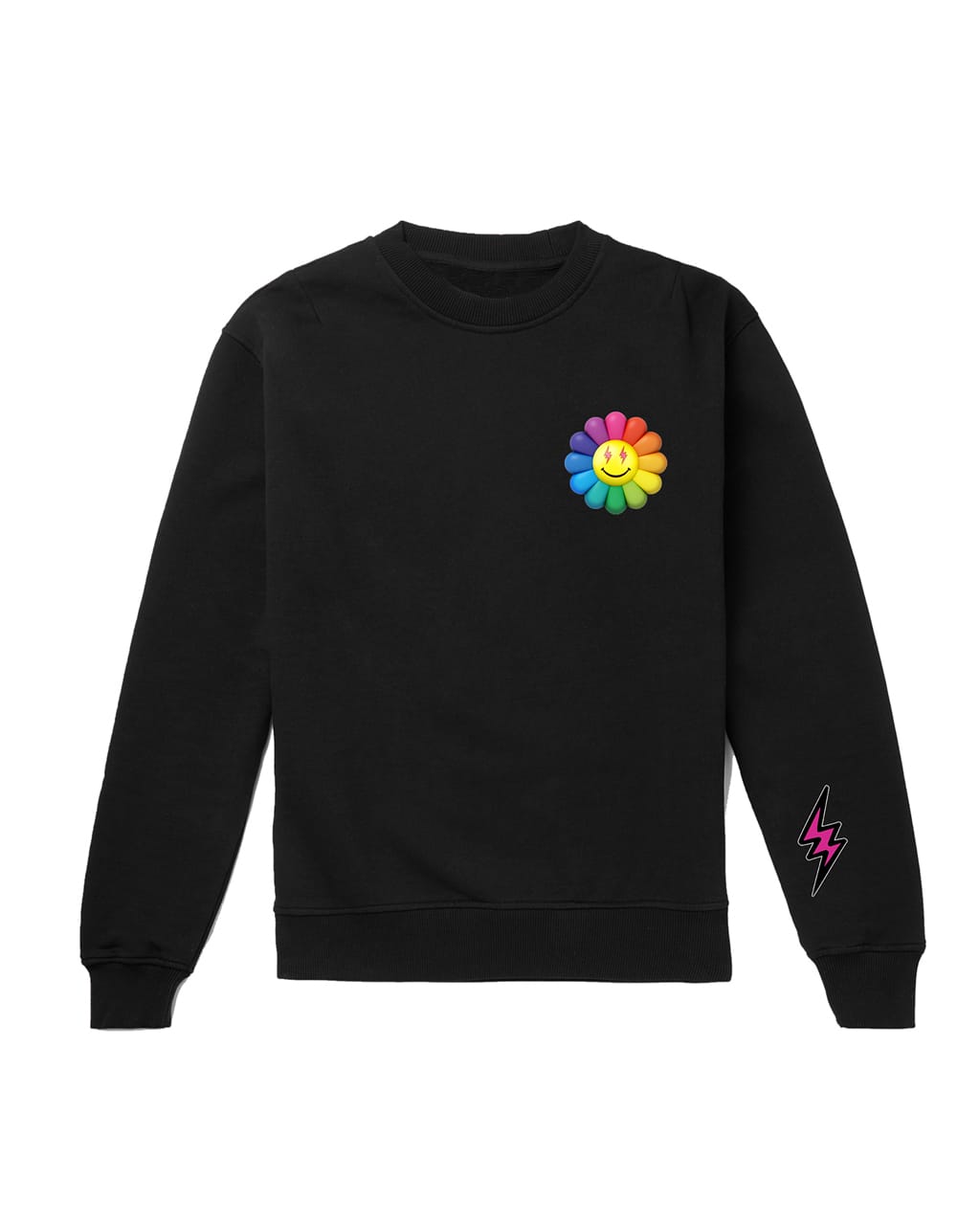 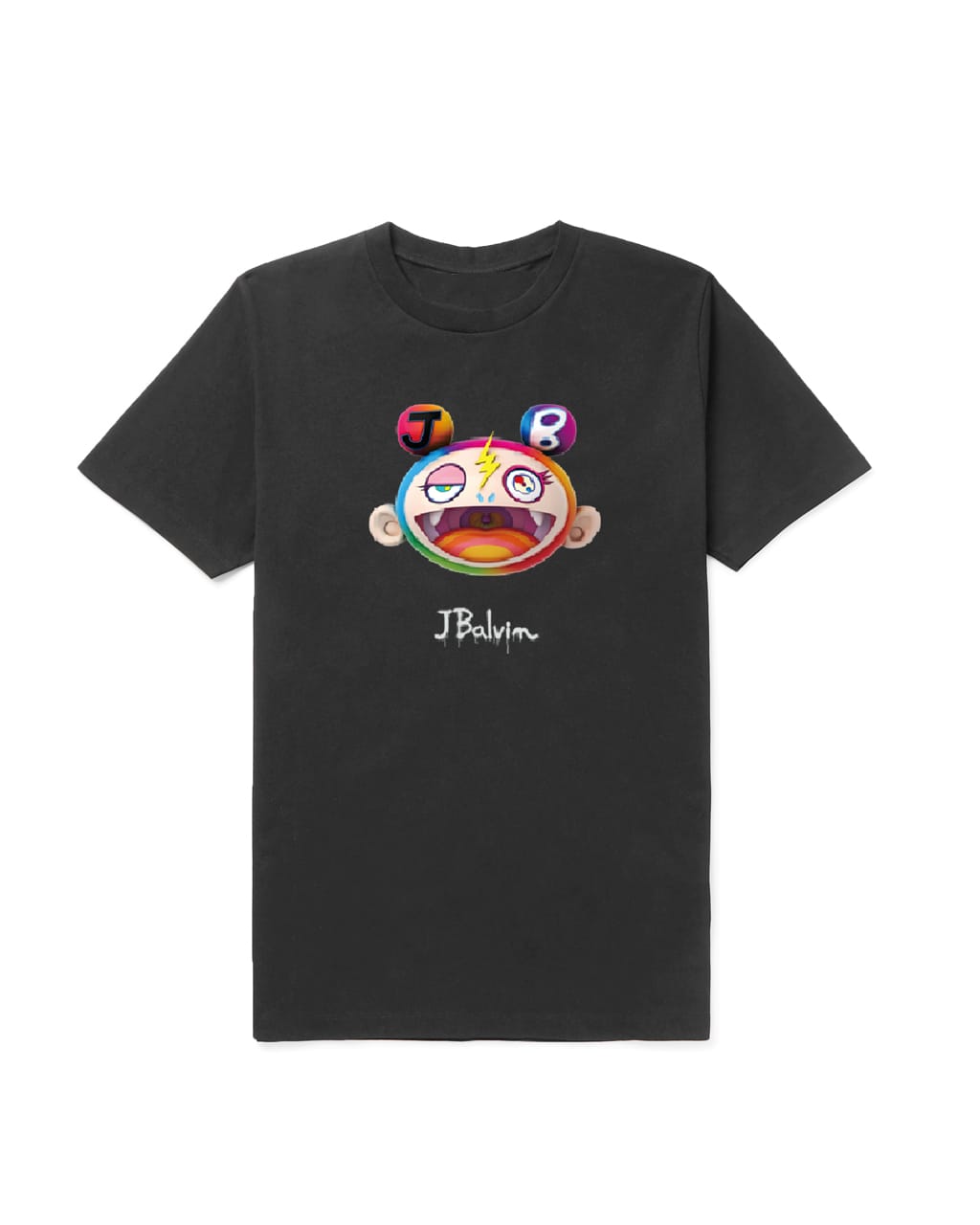 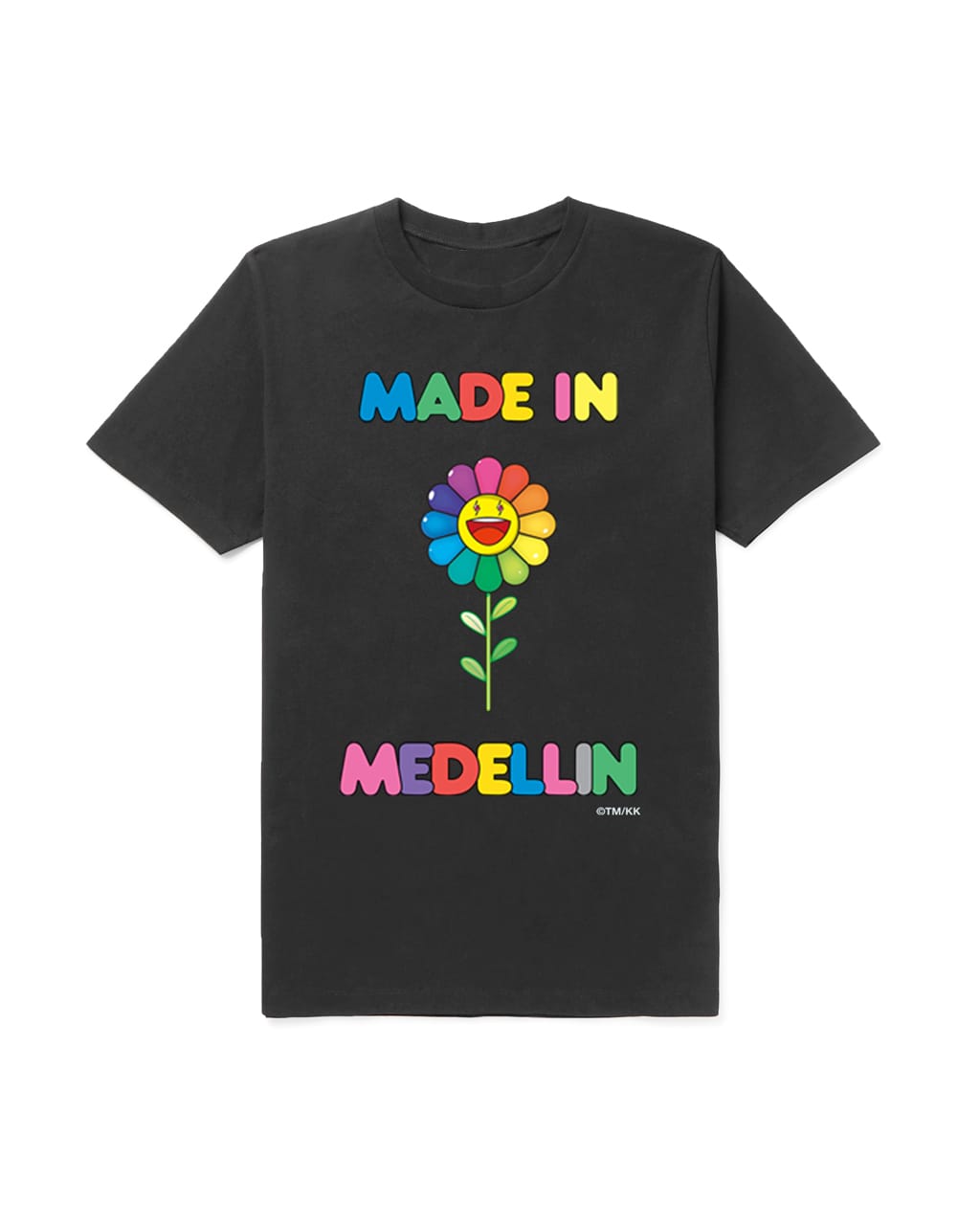 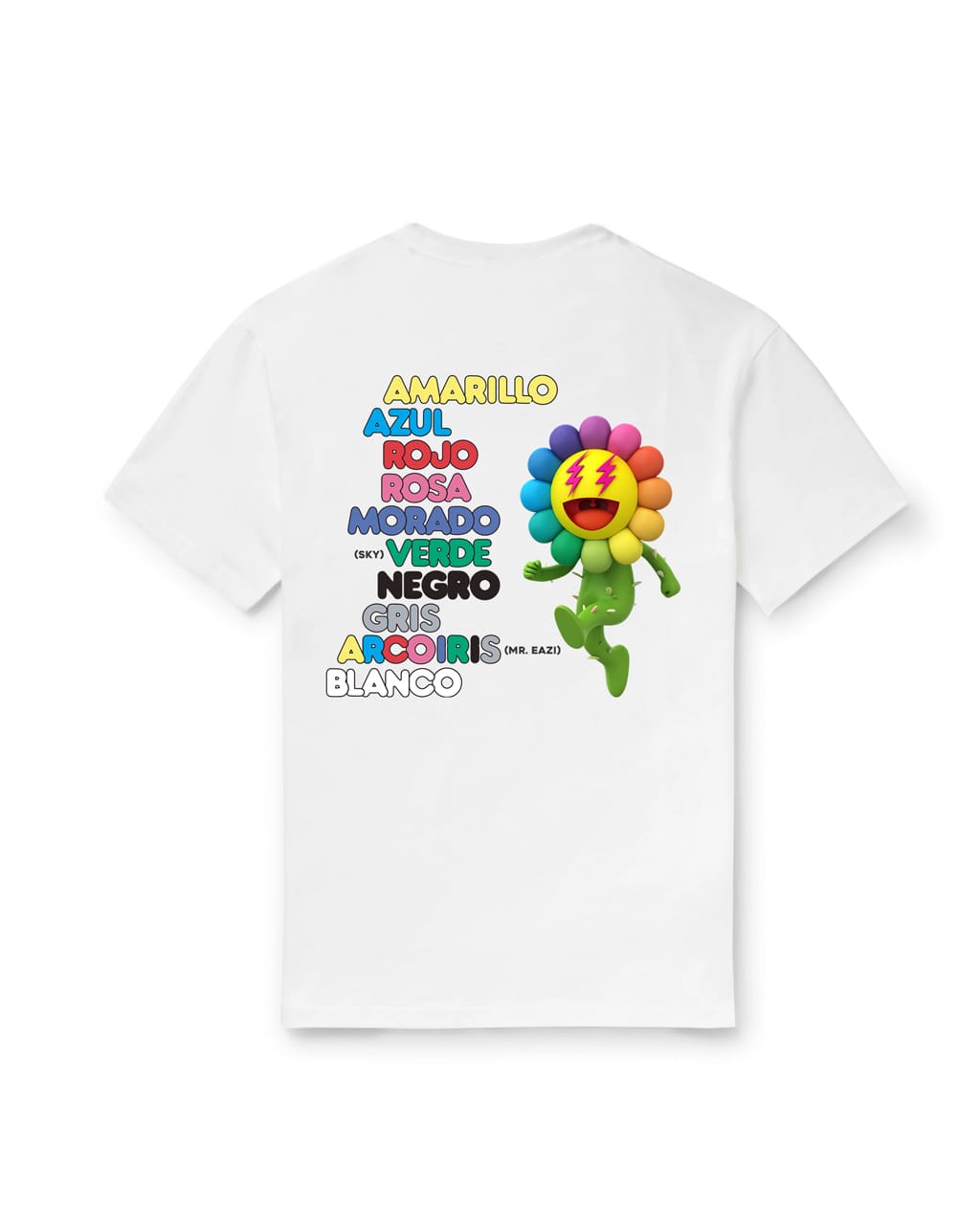 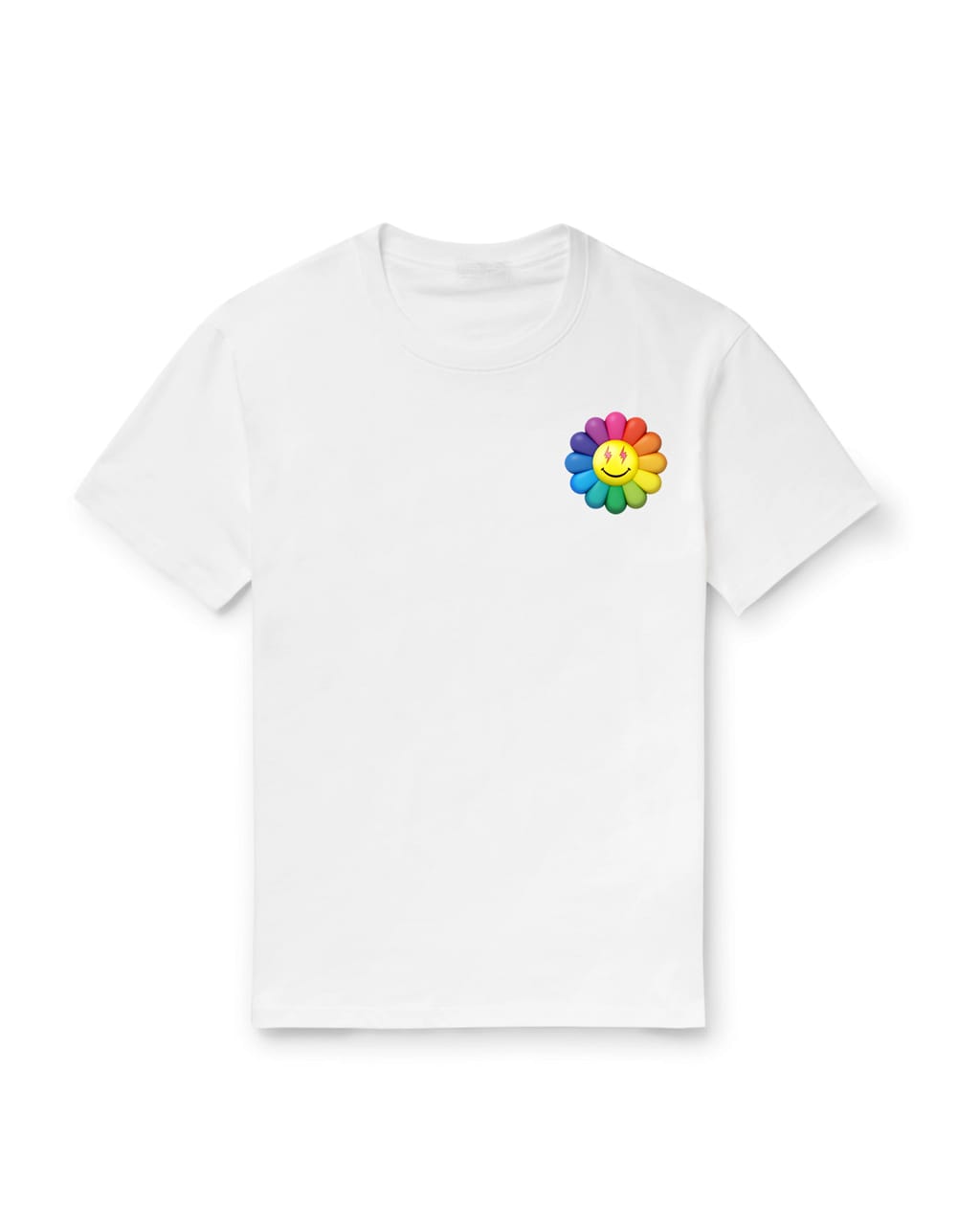 T-shirts, pullovers and hoodies are realized in bright shades that coincide with the song titles and showcase a bevy of Murakami’s signature touches: smiling flowers are the most common symbol, but ‘Mr. DOB’ also makes his first appearance in the merch line in a multi-color iteration that complements a rainbow-tinged hoodie. He also appears next to a balloon splashed with Balvin’s lightning bolt insignia, which replaces the eyes of each figure in the series. Elsewhere a flower figure dances next to the colorful names of each song title. 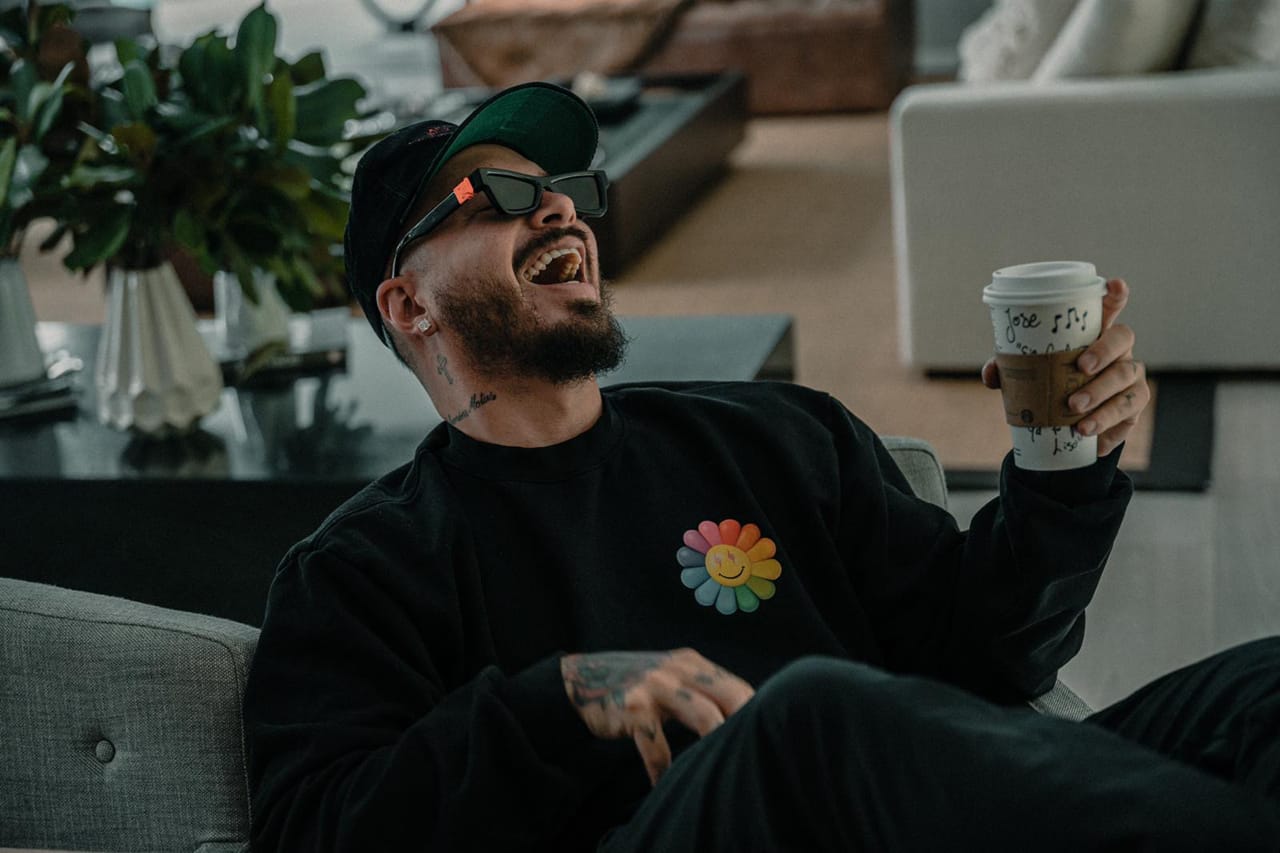 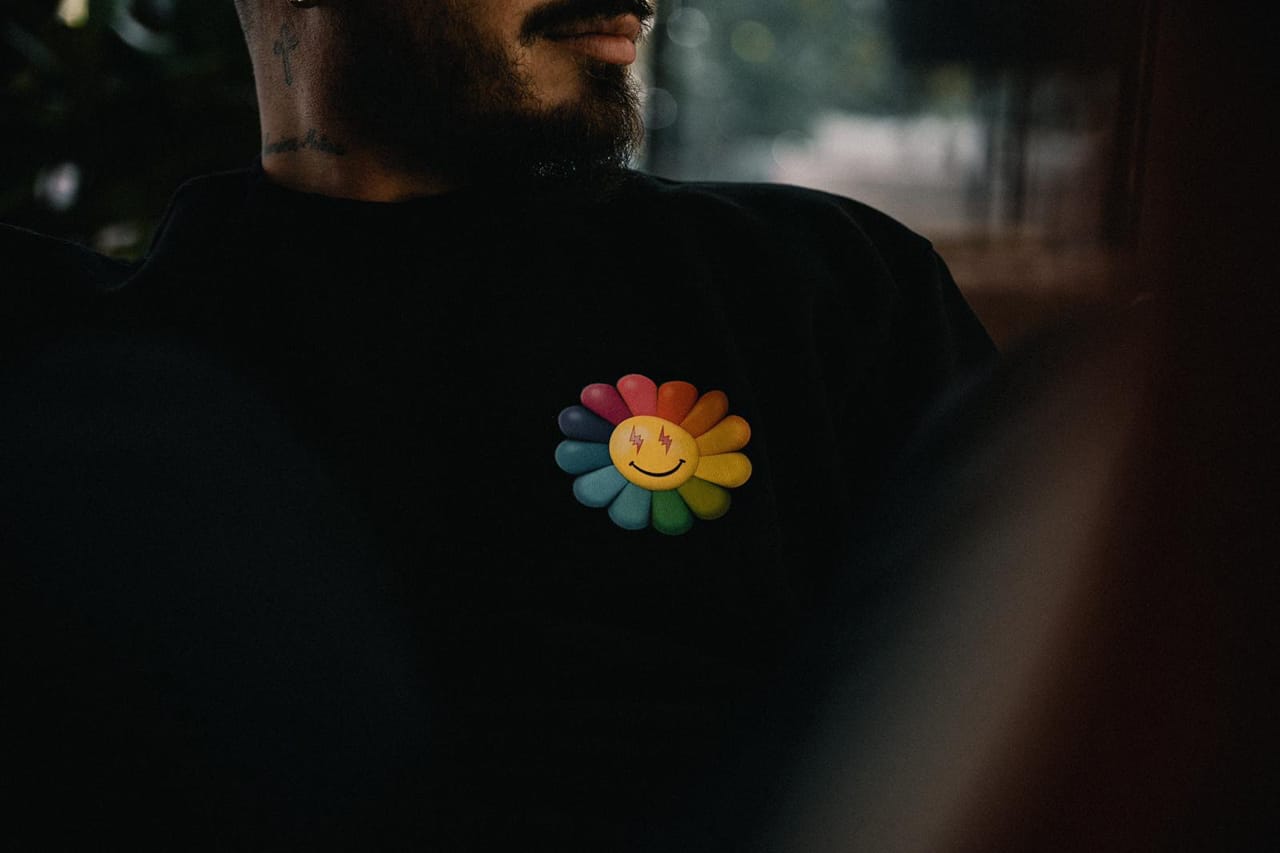