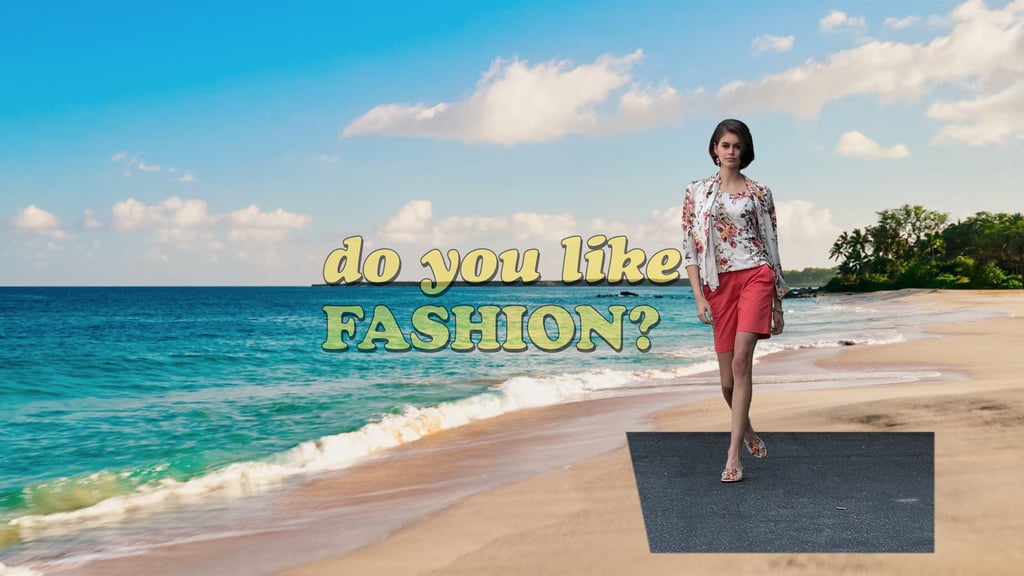 Hey there, Bridesmaids fans (OK, so that’s all of you): Kristen Wiig and Annie Mumolo are coming out with a new movie, and we can already tell it’ll be just as hilarious. The trailer for Barb & Star Go To Vista Del Mar is accompanied by a fashion video teaser, in which Kaia Gerber accompanies the actors in the film as they showcase their “mom” style vacation wear. Even though he doesn’t join the modeling scene, Jamie Dornan also stars, and we can’t wait to see him in a pair of culottes as colorful as the ones these women are wearing.

Kaia thanked Wiig and the rest of the team for the honor of announcing the movie, which, by the way, has its own Instagram account and is available to stream everywhere on February 12. Kaia referred to the crew as the “wonderful ladies who made me laugh so hard i peed my capris.” Essentially, that’s what you’re about to get into as you scroll down and take in some of our favorite stills from the beach scene, as well as the full runway show put on by the group. “Do you like fashion?” After this video, how could you not?