KATE Middleton has shared a sweet photo of herself as a young girl sitting on the knee of her dad Michael, in honour of Father’s Day.

The adorable tribute was shared on the KensingtonRoyal Instagram page, alongside a smiling shot of Prince William with the Prince of Wales. 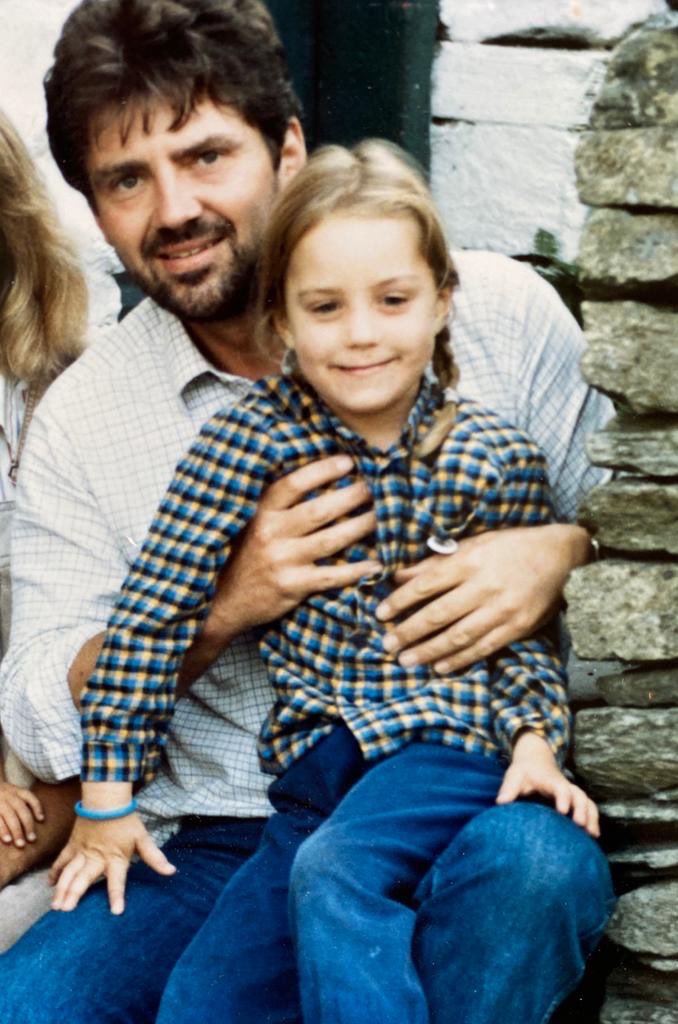 The photos had the caption: “Happy Father’s Day!”

Budding amateur photographer Kate, 38, was behind the camera for the shot of William, who turns 38 today, and Prince Charles, 71.

The photo shows the father and son beaming with their arms round one another at Sandringham, and was taken over the Christmas period in December 2019.

Meanwhile, the photo of Kate shows her hair in bunches as she wears matching checked shirts with her dad. 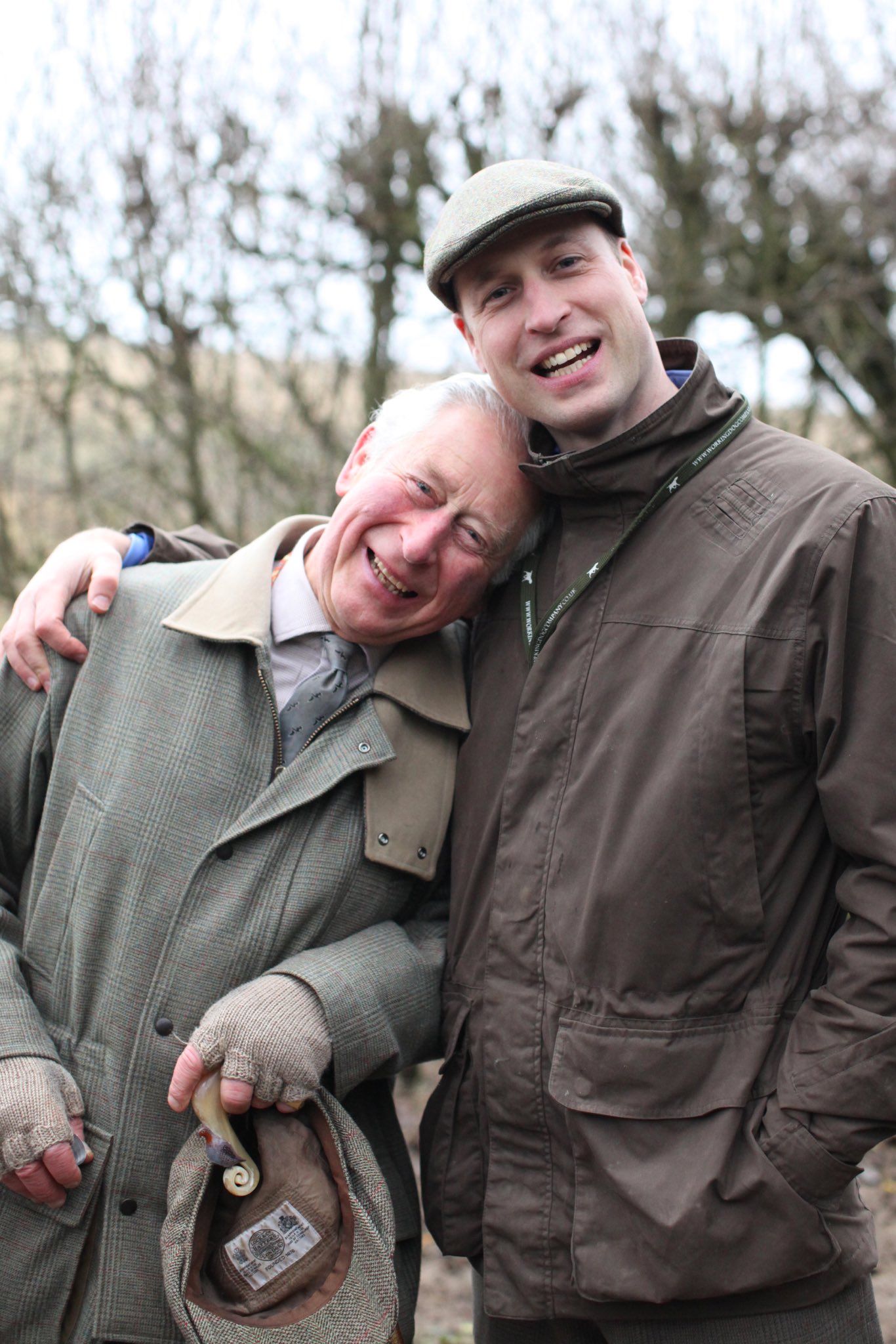 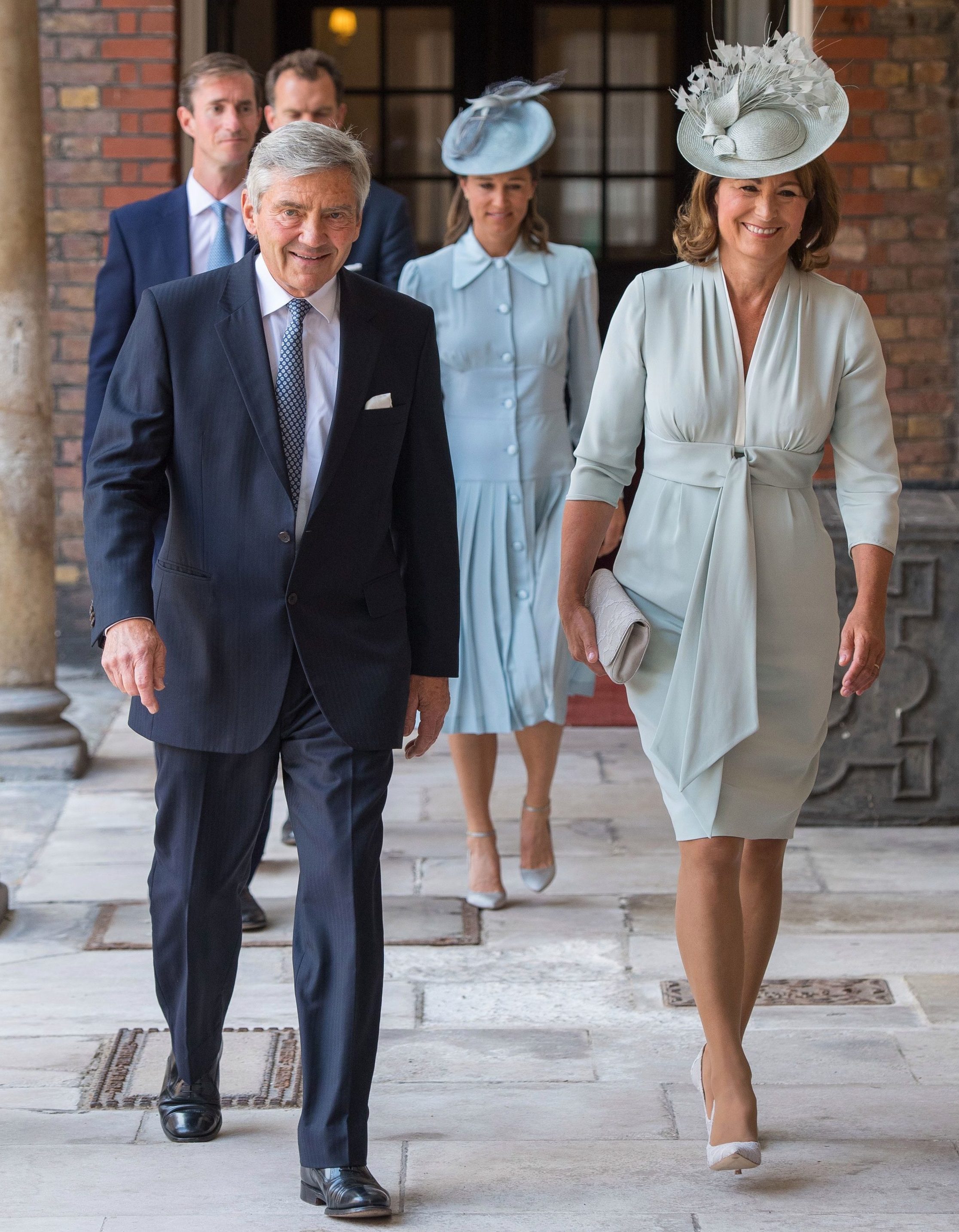 The heartwarming post clearly went down well with royal fans, many of whom praised Kate and William for sharing the personal shots.

One wrote: “The Duchess captures the most beautiful moments. Thank you for the glimpse into your family life.” 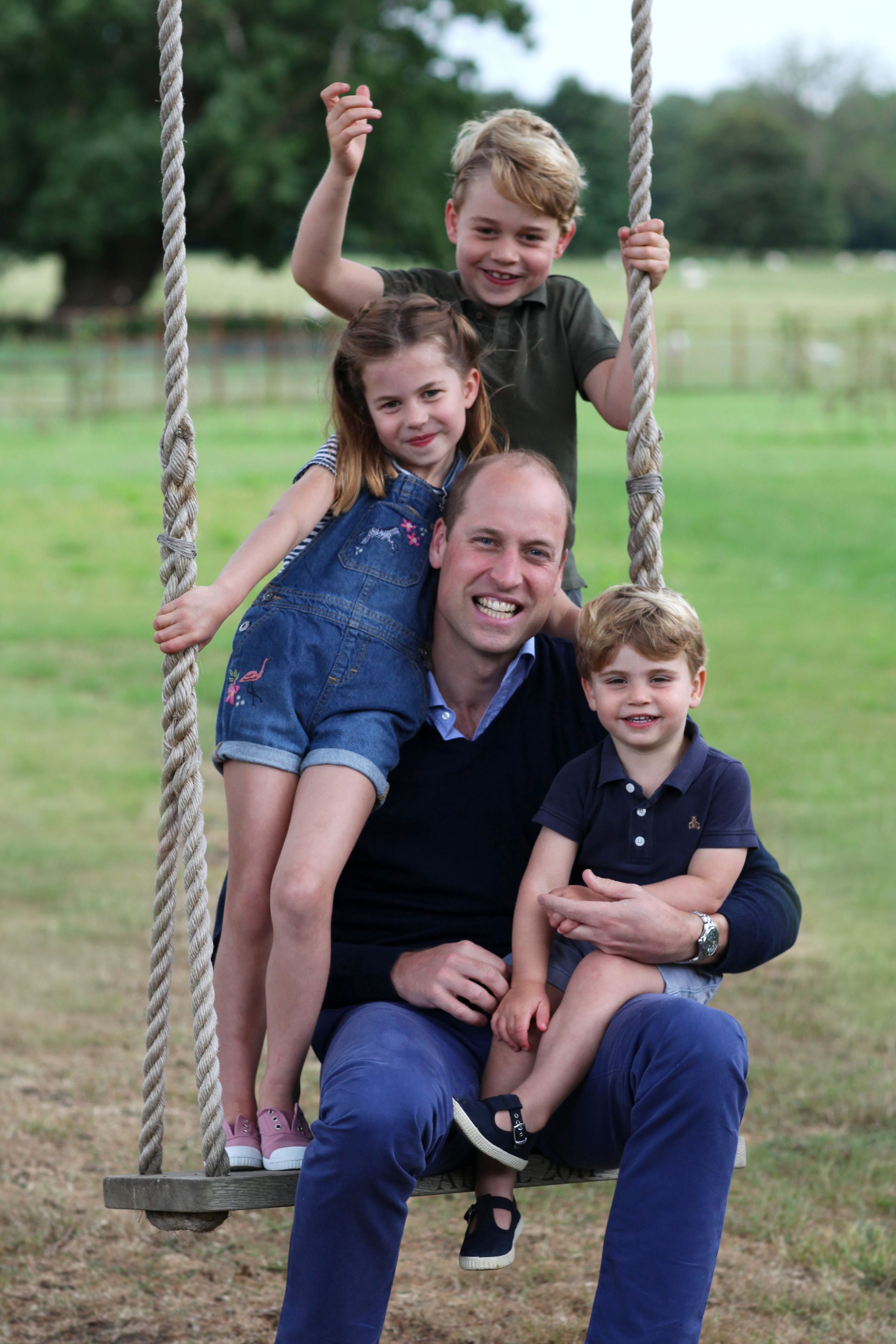 Kate is known to be close to dad Michael, 70, and Royal Editor Ingrid Seward told Fabulous that “all the in-laws whose offspring have married into the royal family in recent years, the Middletons have been the most embraced.”

She added: “For her part, Kate has always adored her father, who taught her and younger sister Pippa to excel at sport, especially tennis.

“Mum Carole’s glamour and business acumen and dad Michael’s gentle nature and charm have proved the perfect elements for their eldest daughter to become the future queen.

“Kate’s stable background instilled in her a natural confidence, which has helped her so much in royal life.” 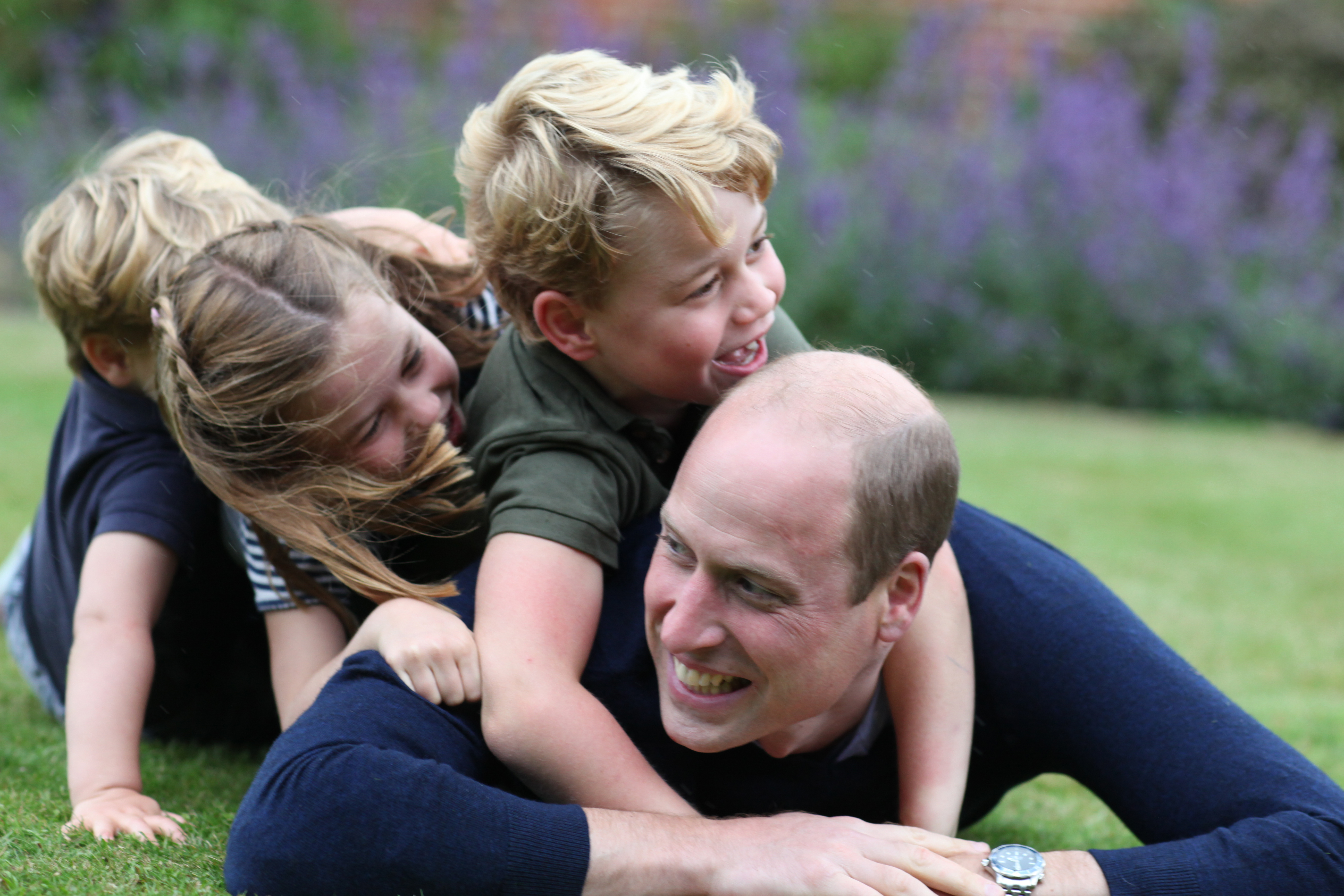 The pictures were posted in celebration of Prince William’s birthday today, and were taken earlier this month by Kate.

One shots the family playing on a swing, and in the other, the children clamber over the Duke’s back in the garden at their Norfolk home. 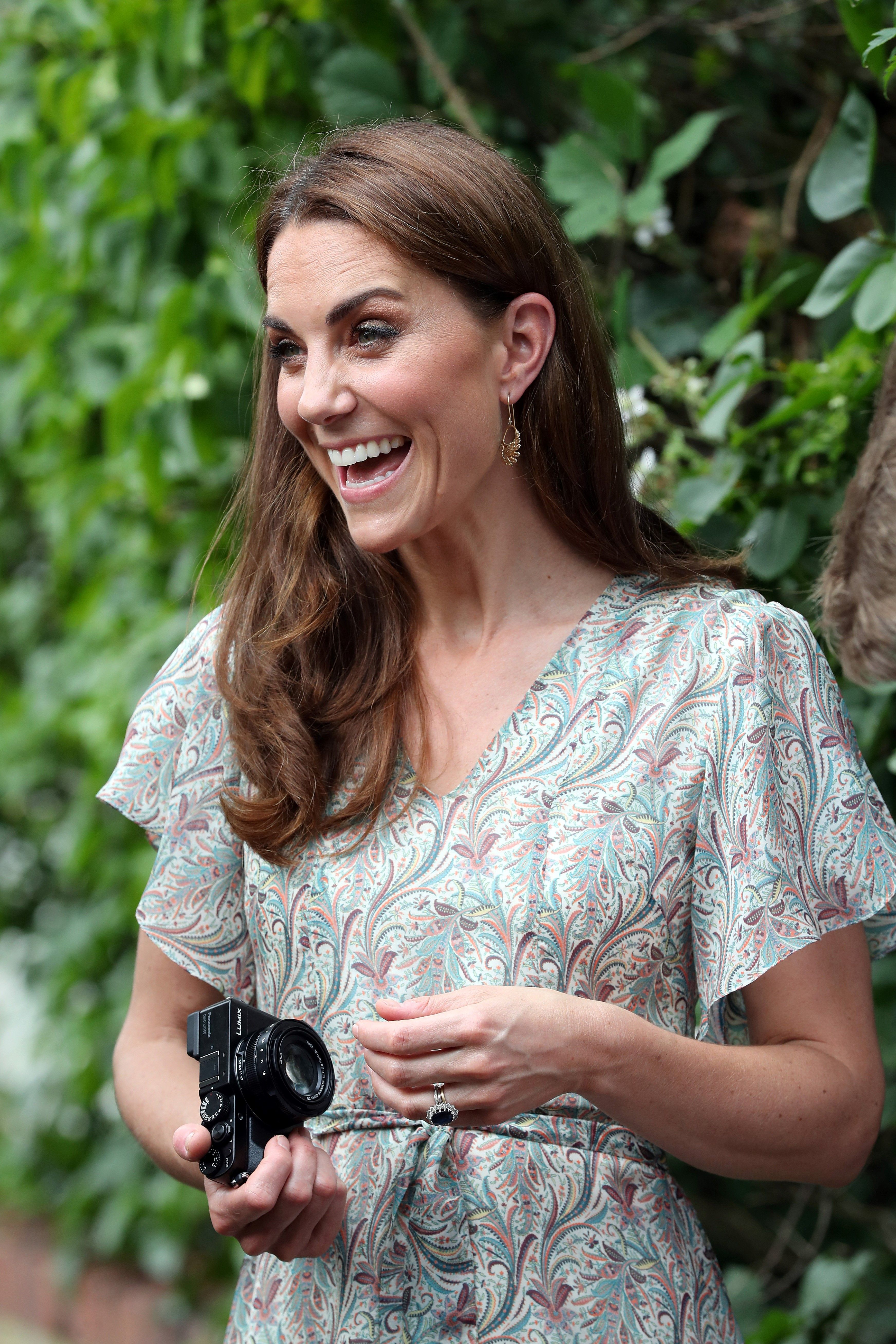 And the bond between the family is clear, with Princess Charlotte draped around William’s neck to show she is daddy’s girl.

Meanwhile a mischievous Prince George hung from the swing as Louis showed off his smile sitting on the Duke’s lap.

The handmade swing is engraved with “William and Catherine” and was a gift for their 2011 wedding.

We shared how Kate beamed as she stepped out to visit local garden centre in first public appearance since lockdown.

And Kate gave fans a glimpse of Amner Hall grandeur as she praised Brits for ‘pulling together during the pandemic’.