OK, it’s great that knitting has provided some much needed amusement — and income — during COVID-19 lockdown, but Louis Vuitton has simply gone too far.

The luxury fashion brand is getting dragged on social media over the debut of their most recent collection, featuring a navy blue sweater which has been adorned with several vibrant knitted animal puppets — and an eye-popping price-tag of about $8,100, reportedly.

The clownish jumper is one among a number of other cartoonish pieces, including a $6,100 “puppet baseball” jacket and a $7,450 hoodie. The now-notorious sweater currently appears on LouisVuitton.com’s Hong Kong store for HK $63,500 (about $8,200 USD) — though it’s unfortunately out-of-stock there. It’s also available through the brand’s EU site, though only to those who “call for inquiry,” as the piece is “exclusively made-to-order” for such customers.

The 100% wool knitwear boasts a colorful crochet menagerie, including a panda bear, flamingo, scorpion, mouse, frog, monkey, as well as a few mythical creatures of unknown origins. In total, some 14 puppets dangle from the sweater — piled primarily on the front except for one wayward ape which hands from the back shoulder.

The dolls have been compared to children’s toys — and a far cry from couture.

“How hard can attaching your old stuffies to your sweater be?” tweeted @TikyYati in response to Vogue Paris, who recently shared the look on social media.

Suggesting isolation-induced madness, @DragonQueen8 concluded, “The pandemic did this.”

Many followers suggested the same sweater could be made for a fraction of the price with standard craft supplies, or simply by rummaging through a child’s room.

“I think I can get all the components at Walmart and after a few stitches I can make it for 24.99! I sell it for $50.00 and I’m making a million,” wrote Carolyn Kent Leach on Facebook, where the sweater was shared more than 900 times.

“Just roll around the ground of a nursery and this is what you would come out as,” said Shiraz Ansari.

Despite the whimsical design, no one seems amused by the jumper — least of all the fit model who sports the design. 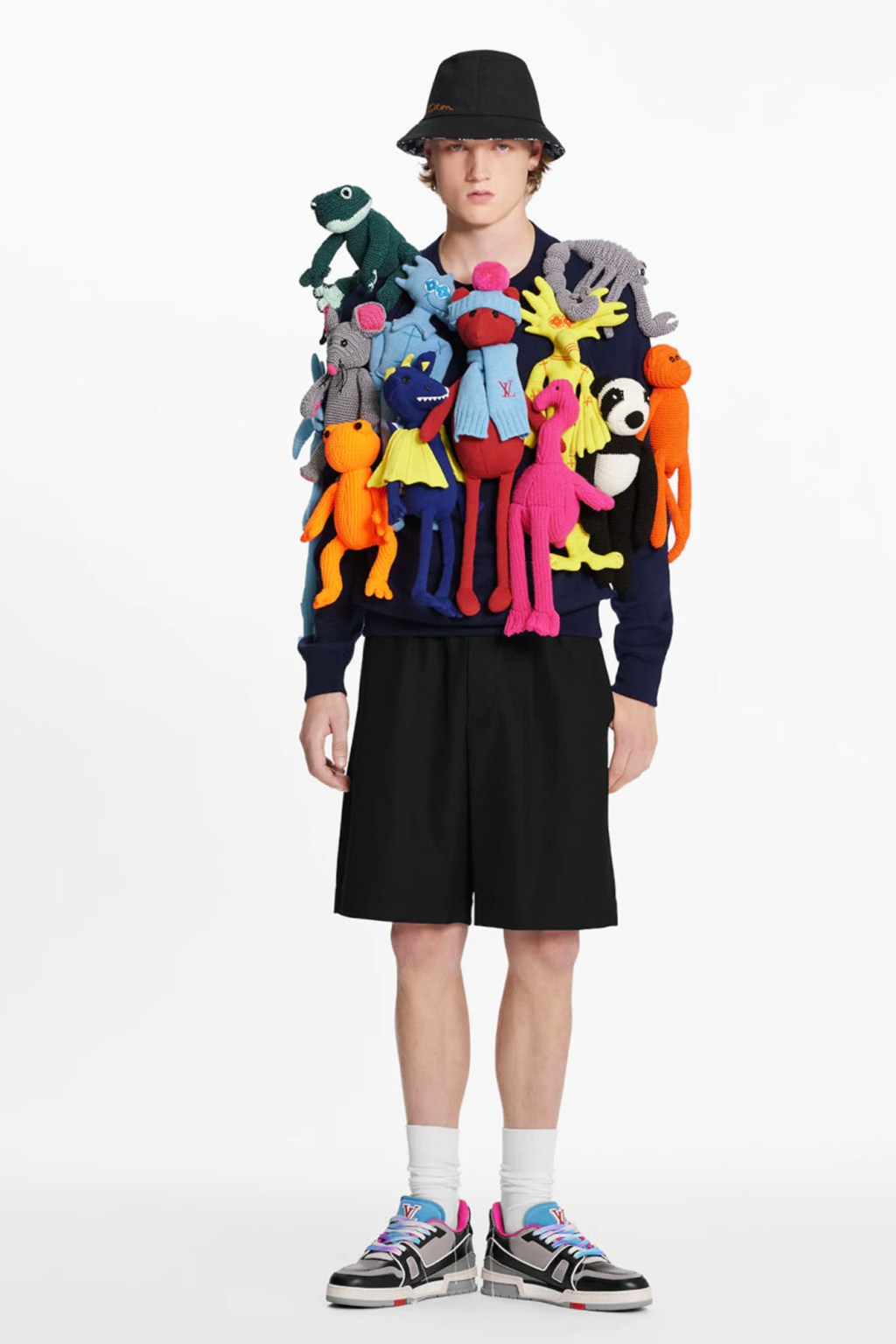 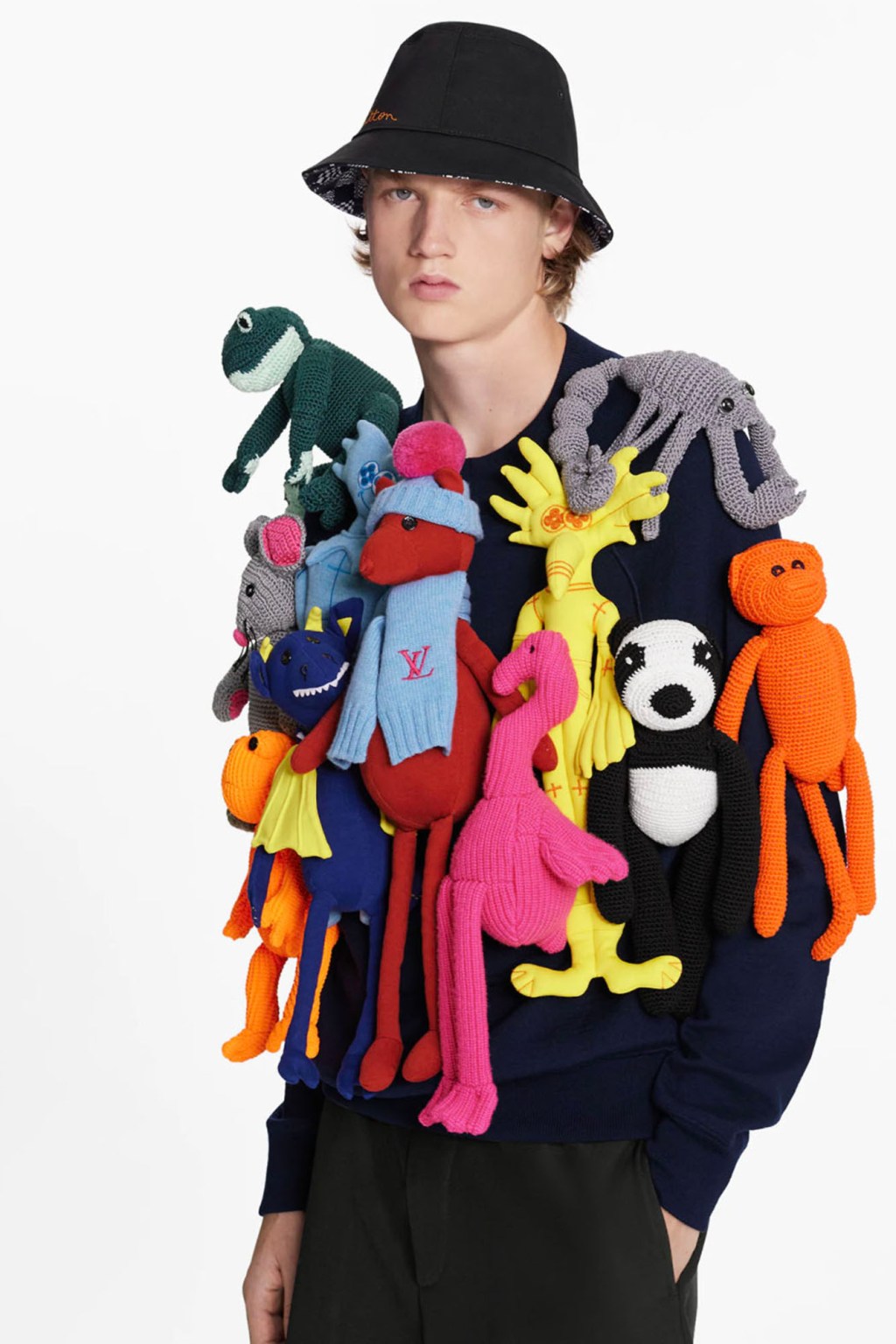