MODEL Tess Holliday has opened up about her battle with anorexia in a bid to help more people understand the condition.

The 35-year-old has previously been criticised by Piers Morgan for her weight after she appeared on the cover of Cosmopolitan magazine. 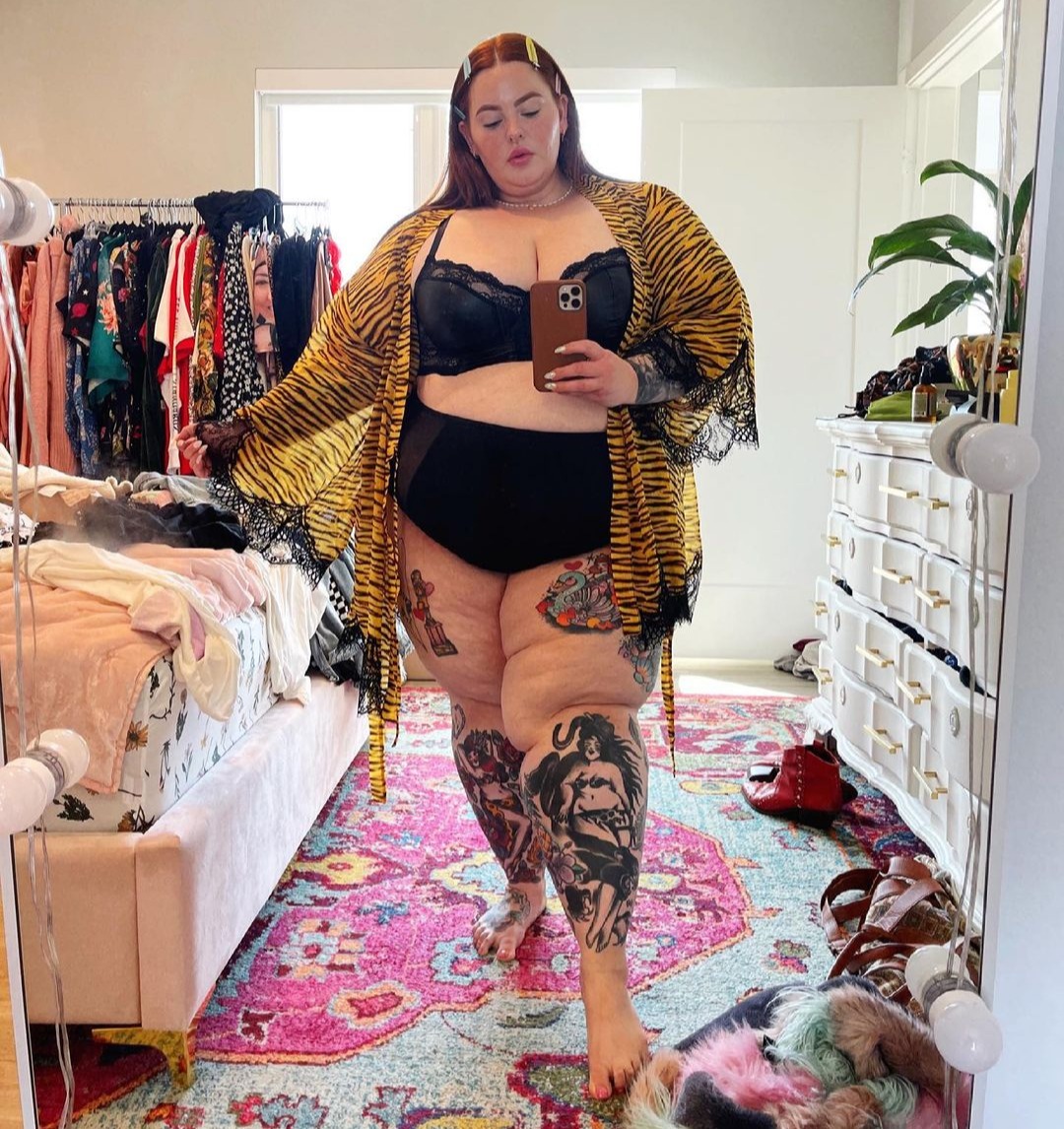 She is known for helping others to achieve body positivity at any size, but the LA-based model has now revealed she suffers from an eating disorder.

Writing on Twitter she said: "I'm anorexic & in recovery. I’m not ashamed to say it out loud anymore.

"I’m the result of a culture that celebrates thinness & equates that to worth, but I get to write my own narrative now.

"I’m finally able to care for a body that I’ve punished my entire life & I am finally free."

Campaigners have hailed her decision to address her illness publicly and have said it is vital that she is shining a light on the issue.

External director of eating disorder charity Beat, Tom Quinn said that eating disorders thrive on secrecy, which is why it's beneficial for high profile people to come forward. 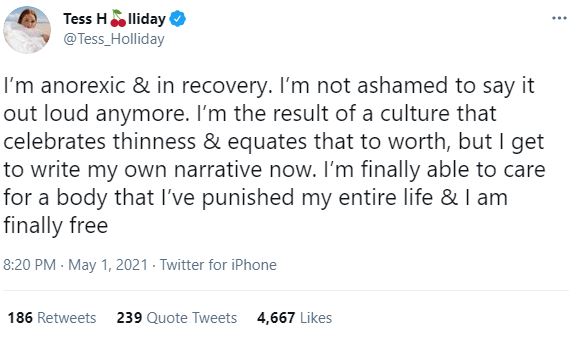 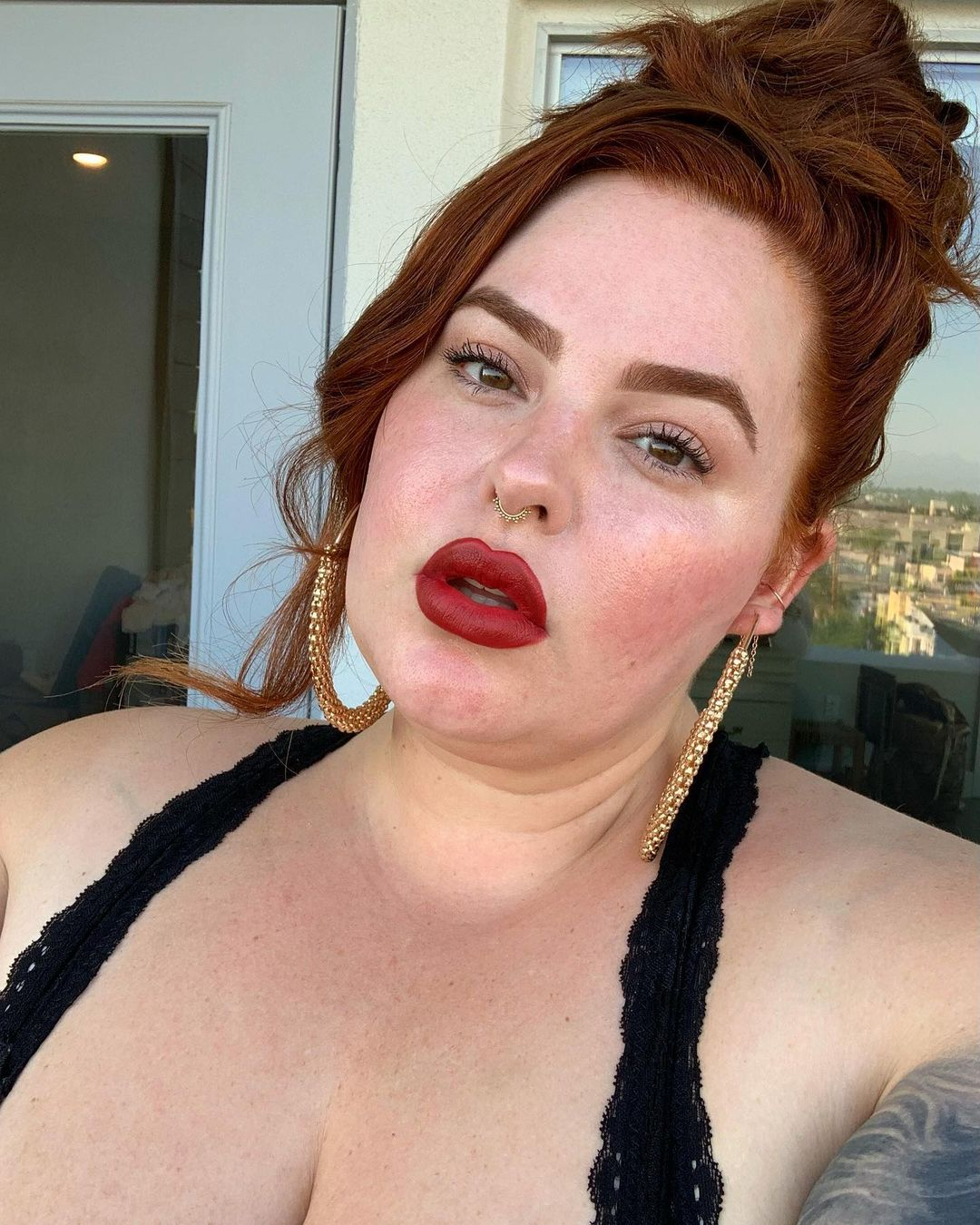 "It can give others the confidence to seek help and reinforces the message that eating disorders don’t discriminate and can affect anyone", he told The Guardian.

As Tom states, eating disorders thrive on secrecy so they can be hard to spot.

Eating disorders are serious mental illnesses and can affect anyone at any age.

Here are five things to look out for if you think your child, or a loved one has an eating disorder or could be at risk of developing one.

Charity Beat says that people who have an eating disorder use food to control difficult feelings and emotions they might be experiencing.

Issues with food might not always mean under-eating and people with eating disorders can sometimes eat large quantities of food.

Beat states: "This behaviour can include limiting the amount of food eaten, eating very large quantities of food at once, getting rid of food eaten through unhealthy means (e.g. making themselves sick, misusing laxatives, fasting, or excessive exercise), or a combination of these behaviours."

If someone you know has started to exercise obsessively then this could be a sign that they have an eating disorder.

It your child is running from room to room without stopping or is wanting to dance or be outside more often than before then it might be because they think they have to burn calories.

This is important to monitor this as if they are also having issues with food then this could lead to excessive weight loss.

Food gives you energy and if your child or your loved one isn't eating enough then it's likely they won't have much motivation to do anything.

This coupled with over exercise can lead to extreme fatigue.

People with eating disorders are also often tired as they struggle to sleep.

It could also be that they are finding it hard to concentrate on normal every day tasks.

Signs and symptoms of anorexia

Tess Holliday has revealed that she is recovering from anorexia

People with atypical anorexia won't display the same drastic weight loss as those with anorexia nervosa.

People with atypical anorexia nervosa usually maintain a medically acceptable BMI and may sometimes be overweight.

Here are some other key signs:

A change in behaviour

A change in behaviour can mean a number of things, it could be that you've noticed your child or loved one has more mood swings than usual.

It could also mean that they are distant or spending more time in their room than usual.

Kids may also withdraw from having conversations.

For some people their behaviour could change in other ways, this could be anything from hastily going to the toilet after a meal, cancelling plans or being less enthused about things they would usually enjoy.

People with eating disorders often have distorted beliefs when it comes to their body – this means that what they see in the mirror might not always be a true reflection of what they really look like.

If you child or loved one has started to obsess over counting calories and is looking at the labels obsessively in supermarkets then this could be a sign.

Another sign is become obsessed about the amount of calories they are burning each day. 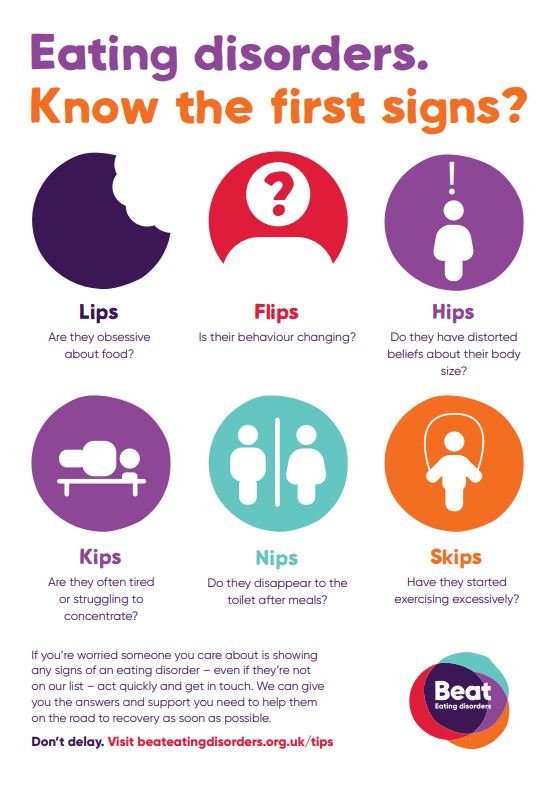 If you think your child might have an eating disorder then there is help at hand.

You can make an appointment with your GP who will be able to advise further.

If you are in need of urgent help then call 999.