INTERNET problems at home may give you a free pass for a day off while working remotely, but one woman's technical difficulties didn't prevent her from a very awkward moment with her boss.

Naturally, after being bogged down with Wi-Fi problems, TikTok user Jessica Williams decided to send proof to her boss while explaining why she was unable to work. 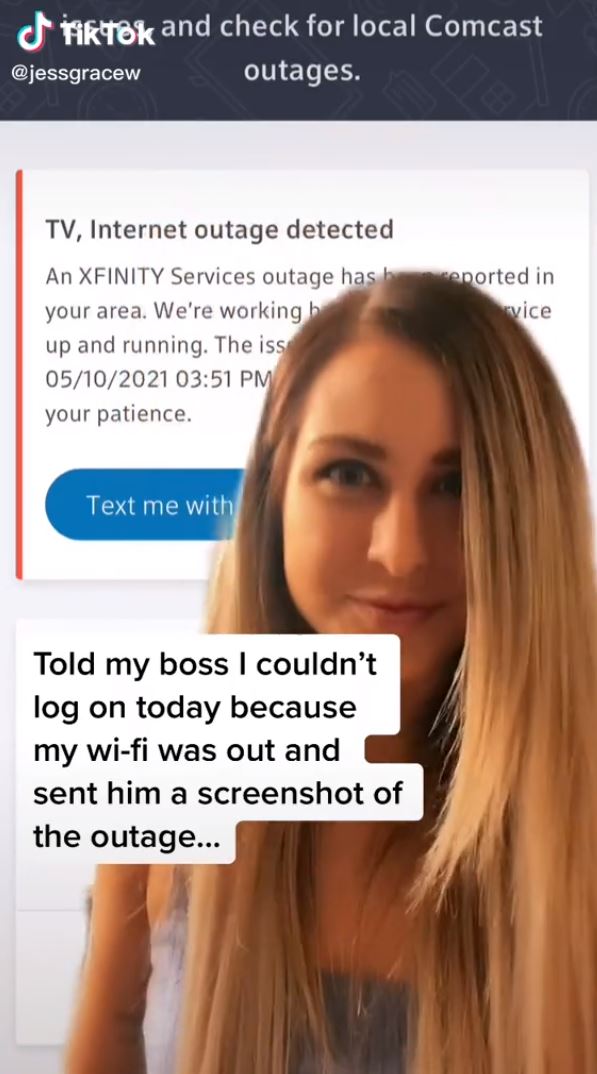 But, while that may have seemed like a good idea at the time, poor Jess made a bit of an embarrassing blunder, leaving her red-faced.

Sharing a video online, she revealed: "Told my boss I couldn't log on today because my Wi-Fi was out and sent him a screenshot of the outage."

Moving out of view to uncover the screenshot, a mortified Jessica then pointed out that her hilarious and slightly crude name she has for her router was on full display.

Her Wi-Fi name, you ask? A very apt pun that says: "It hurts when IP." 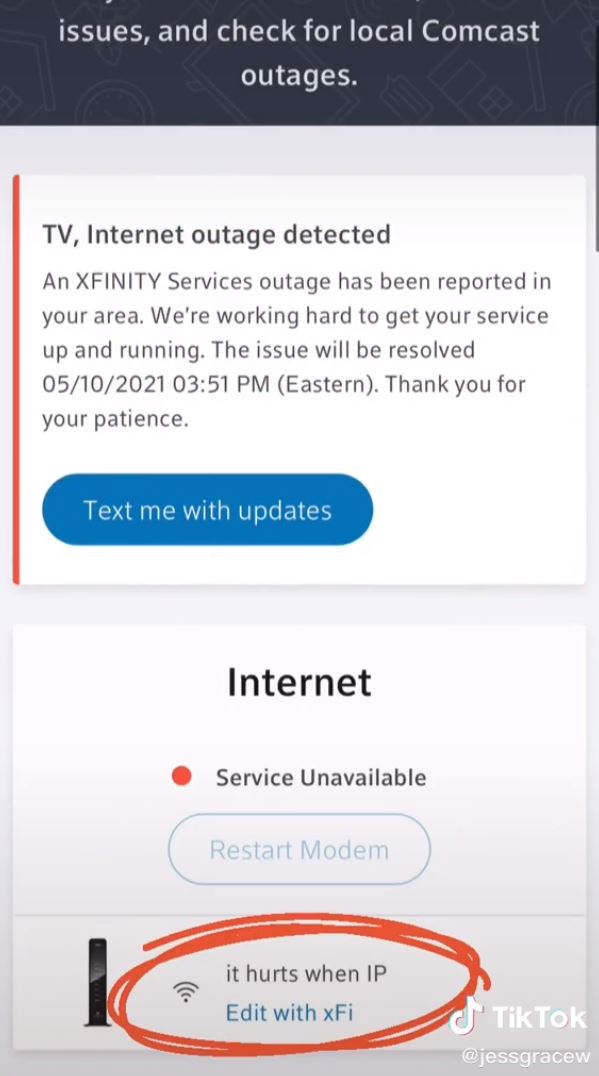 People were loving the blunder, with hundreds commenting on Jessica's video that has been watched nearly 200k times.

"That's fantastic," said one person, while another teased: "Your modem might have a UTI."

A third said they would never have been able to get out of a day's work with Wi-Fi issues, writing: "Next message I would have received would have been to turn on my mobile hotspot lol

And when a third joked: "Tell me you're fired without telling me you're fired. She'll go first," others were quick to reassure Jessica that her boss probably found the blunder pretty amusing.

"I feel like that's in the appropriate range where your boss thinks it's funny," one person posted.

Her video also prompted others to share their pun-inspired router names.

One viewer replied: "Hahaha mine is titled It Burns when IP," and another said: "Mine is tell my wifi I love her."

Meanwhile, one woman with a giant bun was left in hysterics over awkward Photoshop blunder in passport photos.

Plus, another woman was left mortified as Etsy reviewer points out very rude design flaw in her hanging wall feature.

And this person was left red-faced after spotting embarrassing error on her CV after sending off job application.