THERE are a few rules to follow when you attend a wedding, which include not being late and keeping your mouth shut when asked ‘if anyone knows any reason these two should not be joined in matrimony, speak now or forever hold your peace’.

Another extremely important rule is don’t wear white – unless you’re the one who’s getting married. 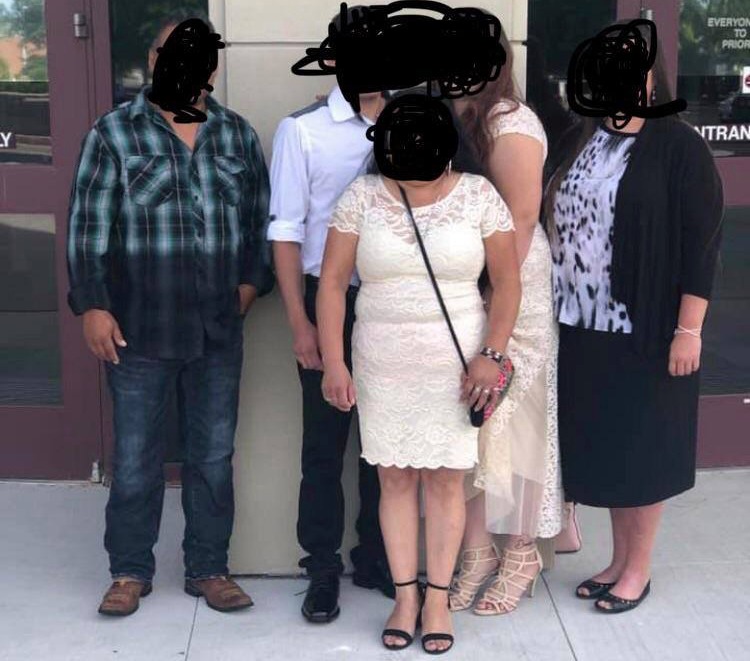 One woman didn’t seem to get the memo, after she turned up in a bridal-esque frock to a wedding.

And to make matters worse, it turns out that she wasn’t just a random guest – but the mother of the groom.

She appeared to have a point to prove, after rocking up in a near-identical dress to her new daughter-in-law, although hers was considerably shorter.

But to make matters worse, she further ruined the bride’s day by standing in front of her for the photographs – blocking her from view.

Sharing the snap, someone said: “Found on book of faces.

“Mil [mother-in-law] of girl wears matching shorter dress and stands in front of her in wedding pic.”

People were in disbelief over the older woman’s fashion choices, with the post racking numerous shocked and laughing crying emojis.

And this couple get married at Blackpool Beach after their wedding was cancelled due to Covid & have first dance in the arcade.

While a ‘trashy’ bride is slammed for demanding £30k from wedding guests to pay for big day and ‘European tour’ honeymoon.

Plus this bride was slammed for demanding SEVEN first dances complete with costume changes AND a roller skate number.