A MUM was left horrified after her son's electric scooter went up in flames in her front garden.

In a shocking video clip shared on Facebook, the woman can be heard saying "Jesus," as the back of the scooter is surrounded by bright orange flames. 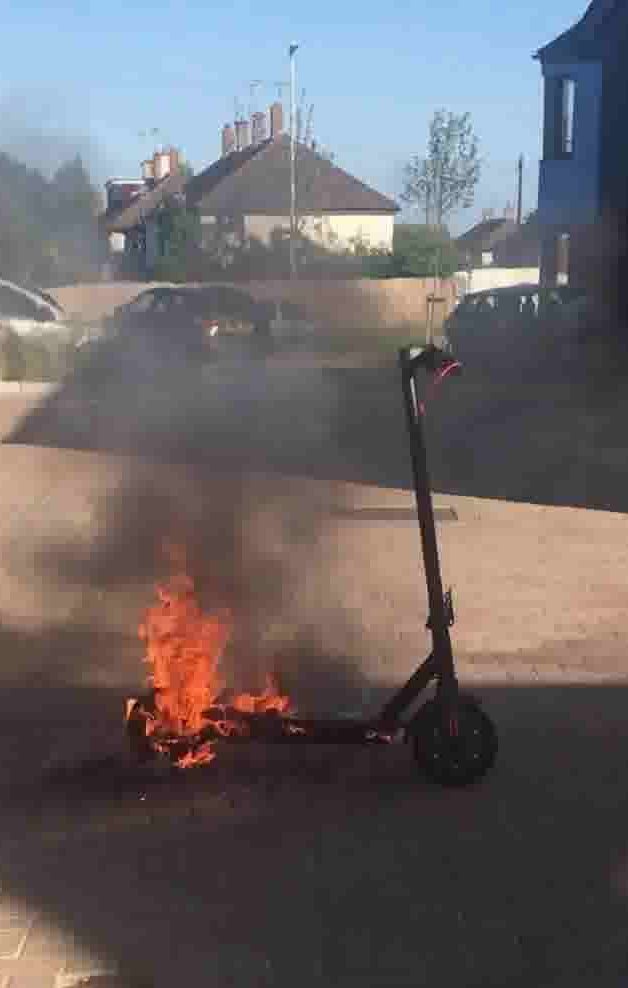 The fire crackles and billows out huge clouds of grey smoke as the woman and her family watch on from a safe distance.

She said: "My son's scooter [was] on charge in his room.

"He walked in to see it smoking a little, [so] he picked it up and ran downstairs and put it out the front, thank God. 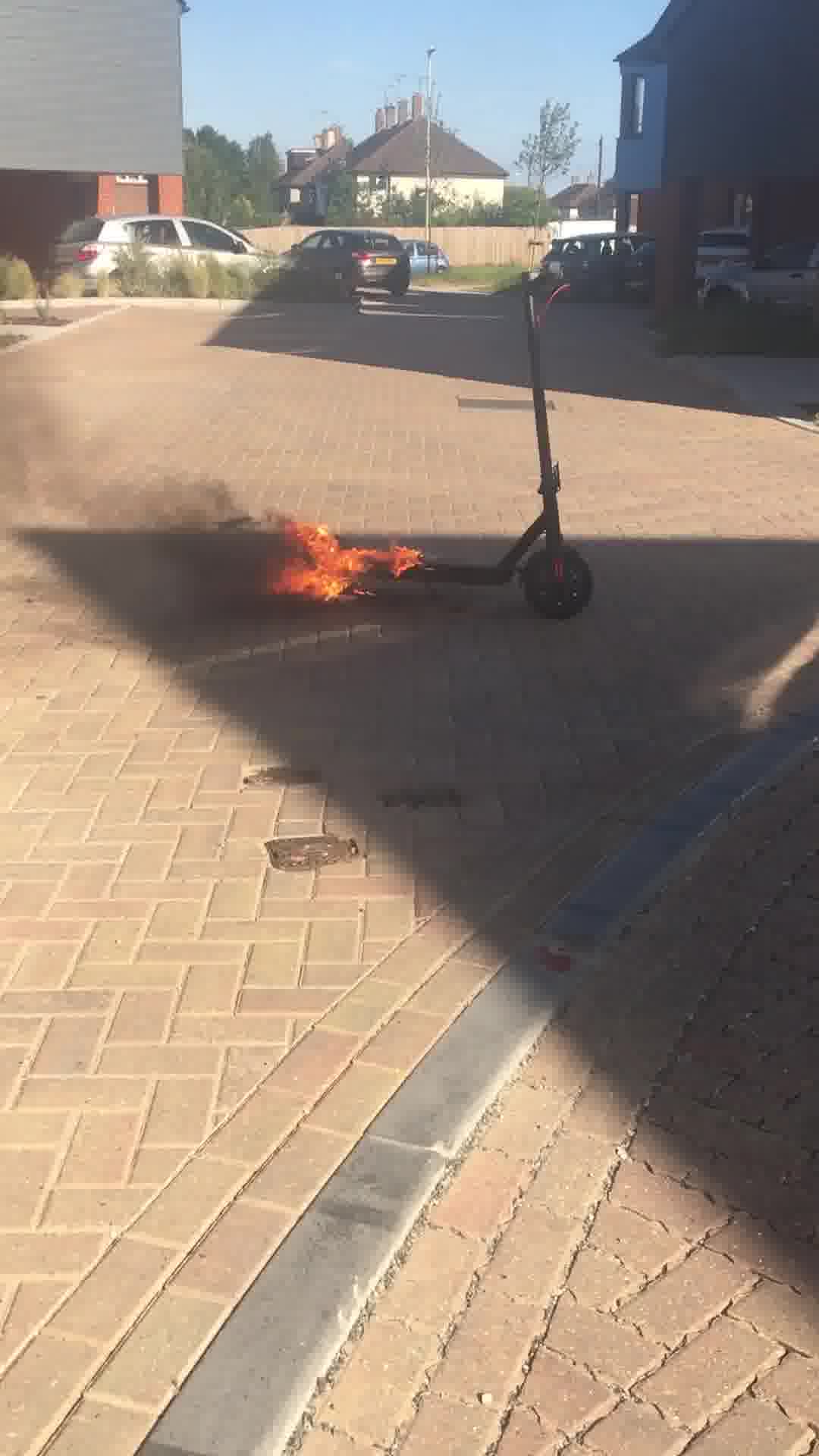 She added: "After that, it went up so quick. Thank god he noticed this. This scooter is from eBay it was a surprise for my son. Me not knowing nothing about scooters, lesson learnt."

However, this is not the first time concerns over the safety of electric scooters have been raised.

After a scooter caught fire in Dublin last year, the Northern Ireland Fire Service put out a statement urging scooter owners to check their devices for genuine CE safety marks.

It went up so quick. Thank god he noticed.

They also advised never to leave scooters unattended while charging.

Similarly, fire services in Singapore and many parts in the US have had to warn locals of the dangers associated with leaving scooters unattended while charging.

In Singapore, the government went as far as offering people money if they disposed of scooters that didn't meet fire safety requirements.

Many issues with electric scooters have been linked to the use of combustable lithium-ion batteries – although this is not always the reason.

Electric scooters aren't the only device to cause fire concerns.

In 2015, huge retailers including Amazon were forced to give refunds to customers who bought hoverboards after the National Trading Standards board found thousands to be deemed unsafe.

At the time, a spokesperson explained: "Trading standards officers have detained the boards due to numerous concerns including safety issues with the plugs, cabling, chargers, batteries or the cut-off switches within the boards, which are designed to stop the battery from continuing to charge once fully charged.

"A faulty cut-off switch can lead to the device overheating, exploding or catching fire."

In other parenting news, a mum has wowed other parents with her hilarious hack to make her daughter hoover her own room.
And a savvy mum has made her toddler a DIY rock climbing wall at home – and it cost just pounds to knock up.