While it is now autumn in Australia, Natalie Portman donned her Daisy Dukes for a warm outing in Sydney amid filming ‘Thor: Love and Thunder.’

Natalie Portman has been looking right at home in Sydney, Australia as she shoots Thor: Love and Thunder Down Under. The 39-year-old had a day off from filming on April 1, and she used it to run some errands around town. Natalie showed off her incredible, toned legs in a pair of Daisy Duke jean shorts, which she paired with a white Ghostbusters logo tee. She kept her feet comfy in black running shoes as she headed to her car after picking up lunch.

Natalie was completely makeup free and looked so naturally beautiful. She had her hair slightly wetted and pulled back in a loose bun behind her head. The Annihilation actress went completely accessory free, not even wearing her wedding ring. Other than her brown paper bag take out lunch, she carried a black and yellow patterned small tote. 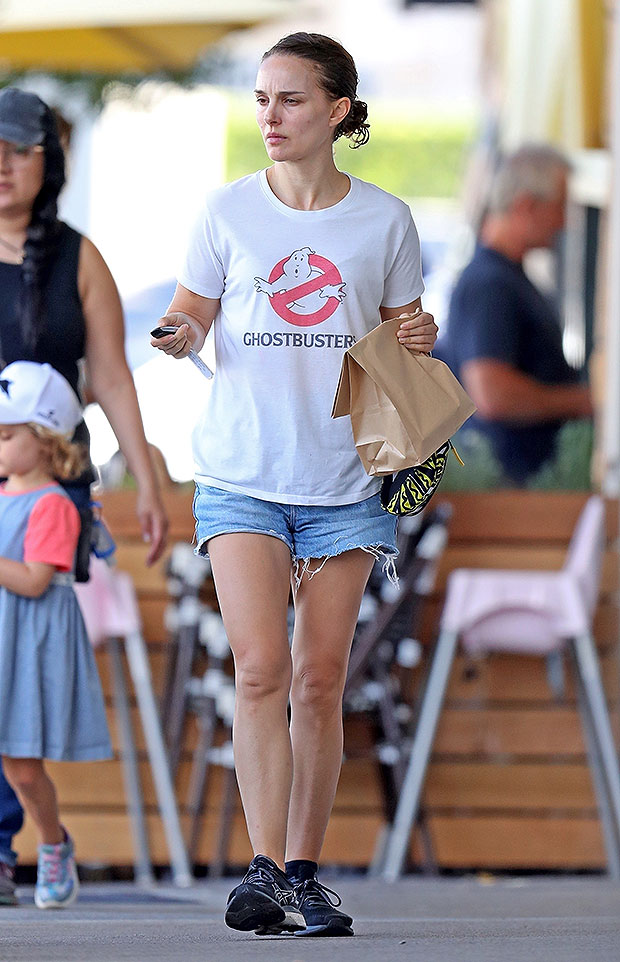 Natalie looked so totally casual that she blended in with the daytime passers by on the street. She’s been a fixture in Sydney ever since arriving in the city on Sept. 1, 2020 to begin prepping for the highly anticipated new Marvel Comics Universe film. She flew in via private jet with her daughter Amalia, 4, and son, Aleph, 9. Nearly seven months later, the Oscar winner is still Down Under and has made Sydney her new home. Natalie is playing role of astrophysicist Jane Foster, who becomes a female Thor, in the fourth film of the saga starring Chris Hemsworth in the title role. 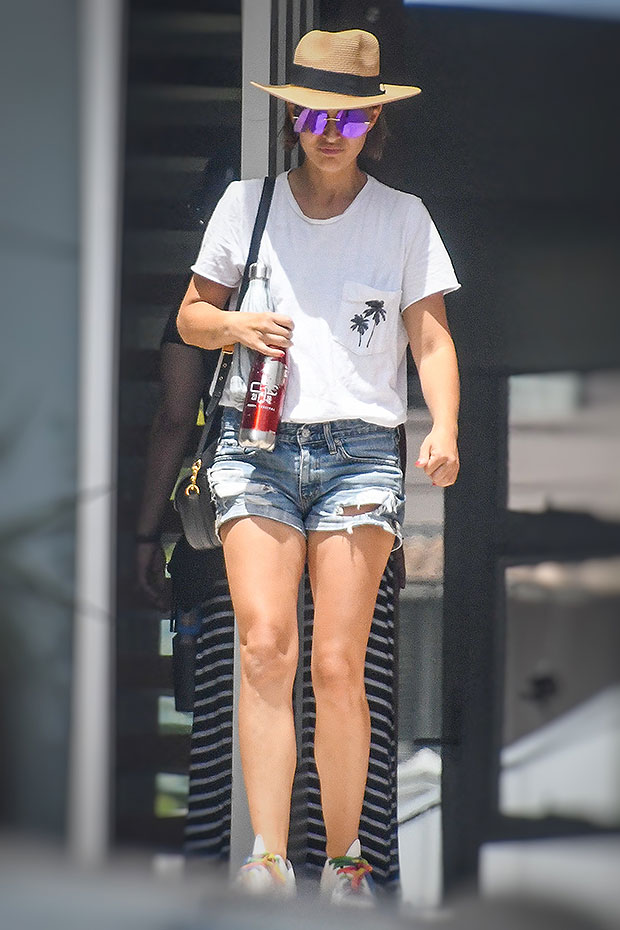 This isn’t the first time Natalie has worn a pair of Daisy Dukes around the streets of Sydney. She wore a different pair in Nov. 2020 when the city was gripped by a triple digit temperature heatwave. Her short-shorts came in handy, as she paired the distressed denim with a white t-shirt featuring black palm tree prints on the left chest pocket. To brave the 102 degree temps, Natalie wore a straw fedora hat to protect her face and carried not one but two bottles of water to keep herself hydrated.

The actress and her husband, French choreographer Benjamin Millepied, 43, have been enjoying her stay in Australia. The pair just took a visit into the wild north west of Sydney to visit the stunning Blue Mountains, staying at the conservation-based resort One&Only Wolgan Valley. Natalie shared a photo of the couple, as she held Benjamin lovingly around his waist with both arms. He had his left arm over Natalie’s shoulder as the pair looked so in love with nature as their backdrop. She called her Black Swan choreographer and husband of eight years her “favorite person” in the gorgeous snapshots she shared to Instagram on. Mar. 16. They even got to see wild kangaroos in a green field underneath a bright rainbow. Talk about magical!