Now This Is How a Magazine Cover Is Done 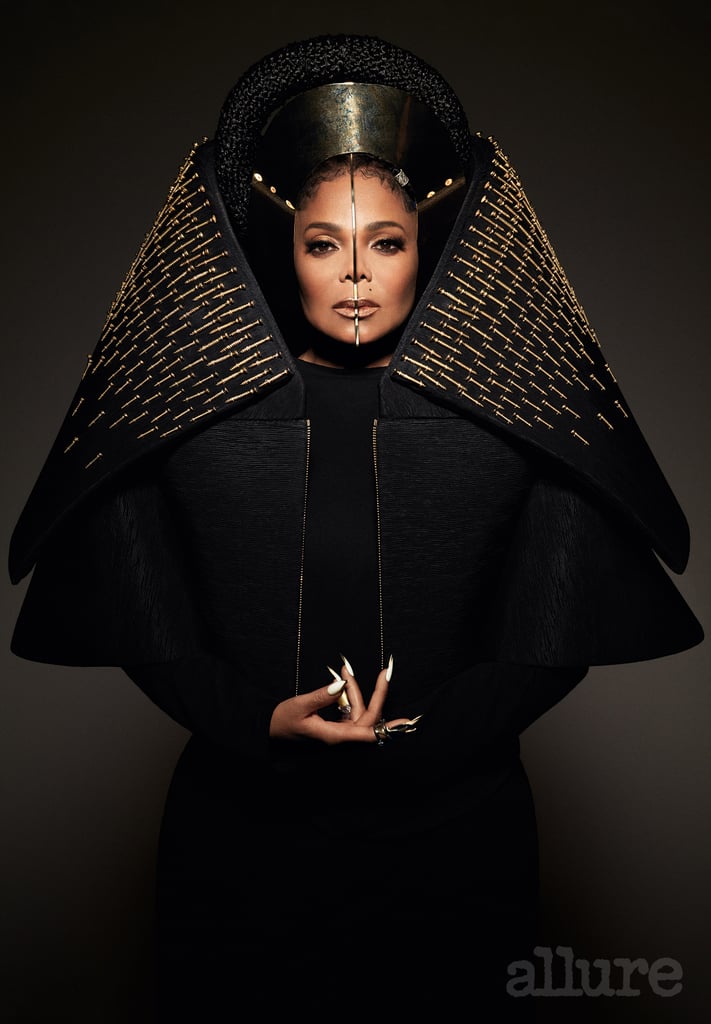 Janet Jackson is always elevating. Even as she looks back at her decades-spanning career in a forthcoming two-part documentary, Janet is still pushing industries forward. Timed with the release of Janet, the music legend modeled futuristic looks as the cover star for Allure‘s February 2022 issue.

Styled by Patti Wilson, the fashion shoot consists of voluminous puffer coats, regal headpieces and face jewelry, and elongated silhouettes. Janet wears a neutral Rick Owens parka on the soothing cover, and the striped Marc Jacobs coat she wears in a black-and-white shot calls to mind comparisons to her iconic “Scream” music video with Michael Jackson in 1995 — famously the most expensive music video ever made.

The strong outfits align with Janet’s own style. “I was never a girly girl. I was always a tomboy. So it was always about pants, suits, even as an early teenager,” she told the magazine. “I remember when my brothers got their star on the Walk of Fame and other awards they got, and I look back on pictures and I always had on a suit with a tie, a bow tie, or suspenders. Always loving black and never wanting to expose any part of my body, I felt most comfortable to cover it up to here.”

Ahead, see standout photos from the Allure spread before the issue hits newsstands nationwide on Jan. 18.