A COUPLE have divided parents with their “hack” for getting fussy kids to eat their dinner, with some branding them “cruel.”

TikTok user, Darin_Nicole, from Florida, uploaded a video describing how their dinner times go down. 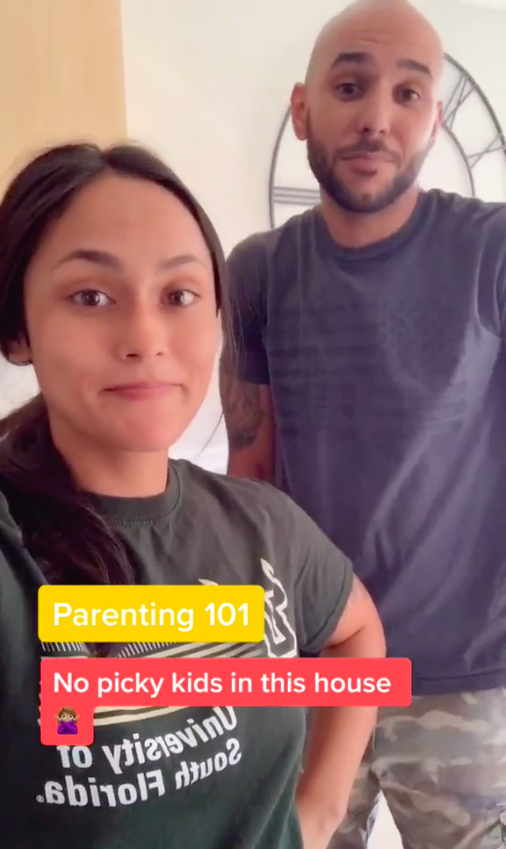 "This is dinner… late-night snack. This is whatever happens… whenever we get an 'I'm hungry'," the couple explained in the video.

"They've gotta eat their food that they didn't finish at the table. They have the option, they don't have to finish it, but they're not having anything else for the rest of the night."

They went on to say that they eat all sorts of enticing desserts after dinner, in front of their kids.

"We make dessert," they continued, "we eat cupcakes, we make cookies… we're gonna eat it right in front of them." 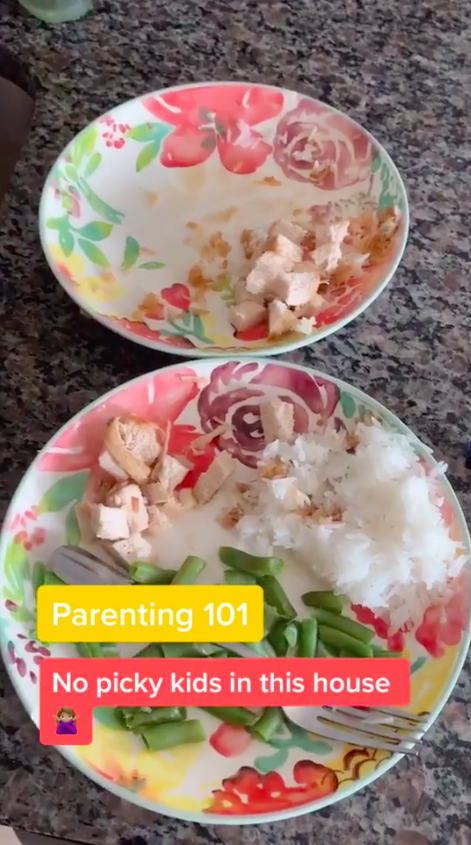 "The plate will sit here on the counter until they go to sleep, that's how it works in our house."

While they received some really positive comments with countless others saying they do the same thing, the couple also received some hate for it.

"Do you believe it's respectful to handle desserts in front of a child?" asked one person, adding, "That makes it more wanted/prized." 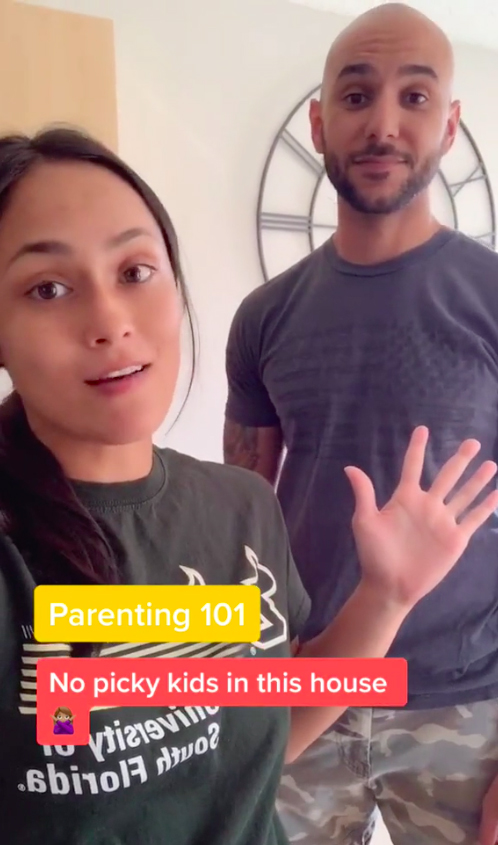 One wrote, "This is what I don't like about my sister's parenting too. So disrespectful. I don't make my kids do things I wouldn't do either. We eat intuitively."

Another said, "One day the kids will just hide the food. I would have pockets full of chicken in order to get that cookie."

There were also some really supportive comments.

One said, "Love your parenting style!" while plenty of people said they do the same thing with their own kids.

"I do this to a point," said one person. "After a while, the bacteria grossed me out. So after two hours, I toss and they can pick a veggie."

This article was originally published on Kidspot and has been republished with permission.

In other parenting news, this mum showcased how she makes 100 ‘McDonald’s McMuffins’ at a time but divides opinion.

And mum shows off her kid’s VERY healthy lunchbox but gets slammed because it’s ‘too grown up’.