YOU WOULD be forgiven for thinking that bunging grimey towels in the washing machine is the best way to clean them.

But one woman has revealed how her freshly-washed towels were actually still pretty dirty. 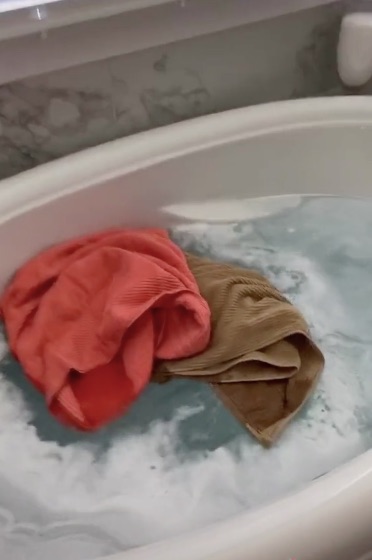 In a post on TikTok, a nurse called Lauren took viewers through how she stripped washes her towels to guarantee their cleanliness.

The technique, which gets fabrics fresher than the washing machine, involves soaking laundry in a bath full of hot water, bicarbonate of soda, Borax and detergent.

After filling up her tub, the social media user added the three products.

Finally, she threw in a selection of towels and advised those watching to "stir those suckers up". 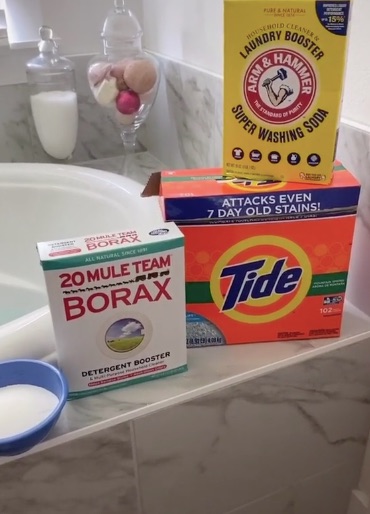 After just ten minutes, the water was also super dirty – but Lauren left the towels in, and continued to stir them every couple of hours.

Once seven hours had passed, the water had reached a horrifying brown shade.

She told viewers that it was all "build-up" accumulated on the towels over time.

To finish off, those watching were instructed to re-wash the towels in the washing machine to give them a final spin out. 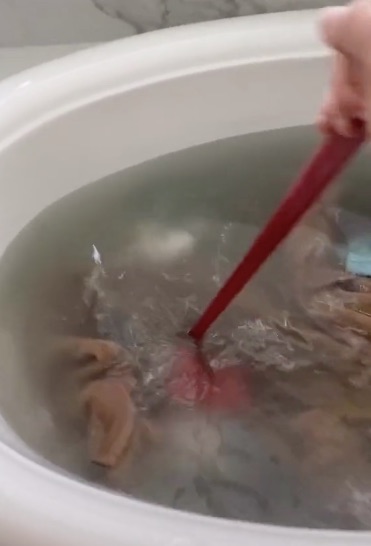 The clip has been viewed more than six million times, with more than 700,000 users leaving 'likes'.

One person wrote: "I learn more from TikTok than I did basically anywhere else." 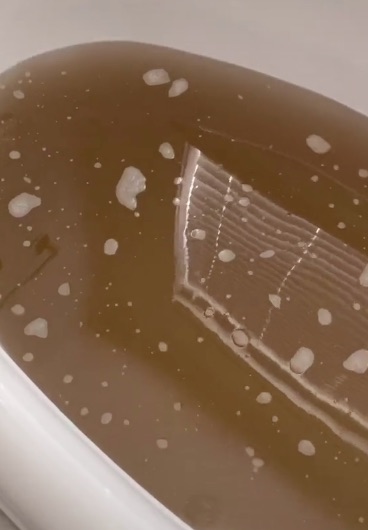 Another commented: "I used to do this with cloth nappies. It's the best."

A third shared: "I had never even heard of this!"

And a fourth added: "Hard water mineral build-up and fabric softener are a couple of causes for the colour."

In other cleaning news, we told you how a mum spent £360 on a monster clothes horse to cut tumble drying bills.

And a mum has revealed how bicarbonate of soda and essential oils can get your mattress clean.