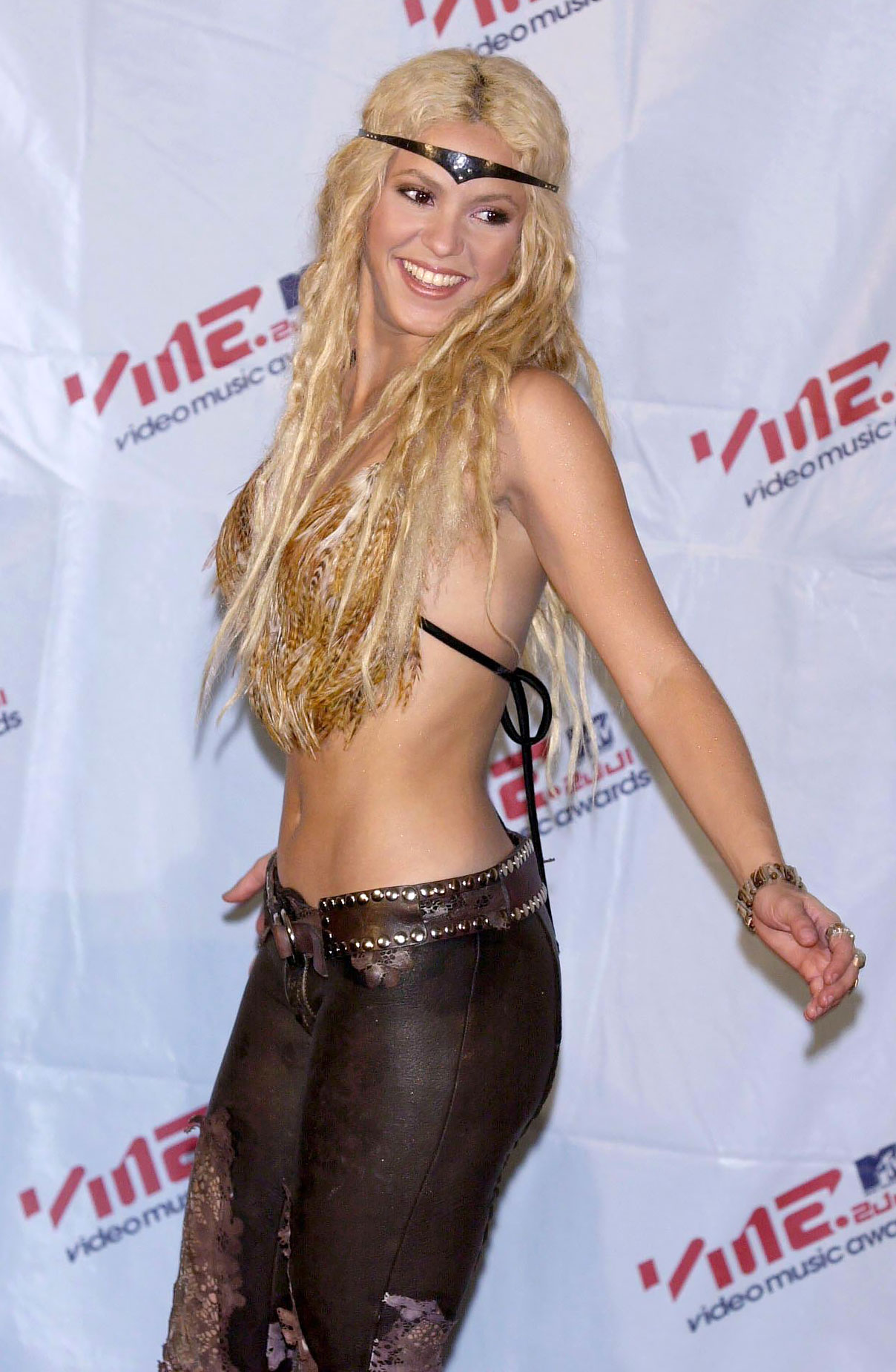 Getting crafty! Shakira has had some pretty iconic looks through the years and as it turns out, she’s actually had a hand in making some of them.

Flashback to the 2001 MTV Music Awards, and the 44-year-old singer showed up in quite the interesting outfit. Complete with low-rise black leather skinny jeans, a feather-embellished crop top and a ready-for-battle headband, it was a look for the books.

As such, it’s no surprise that Vogue Mexico included the ensemble in Shakira’s My Life in Looks episode, which aired on Wednesday, June 22.

When looking back on her style choice, the singer has a few choice words about the getup. “I look a bit like Xena: Warrior Princess. What am I wearing? A top covered in feathers and a tiara and some leather trousers,” she recalled in Spanish. 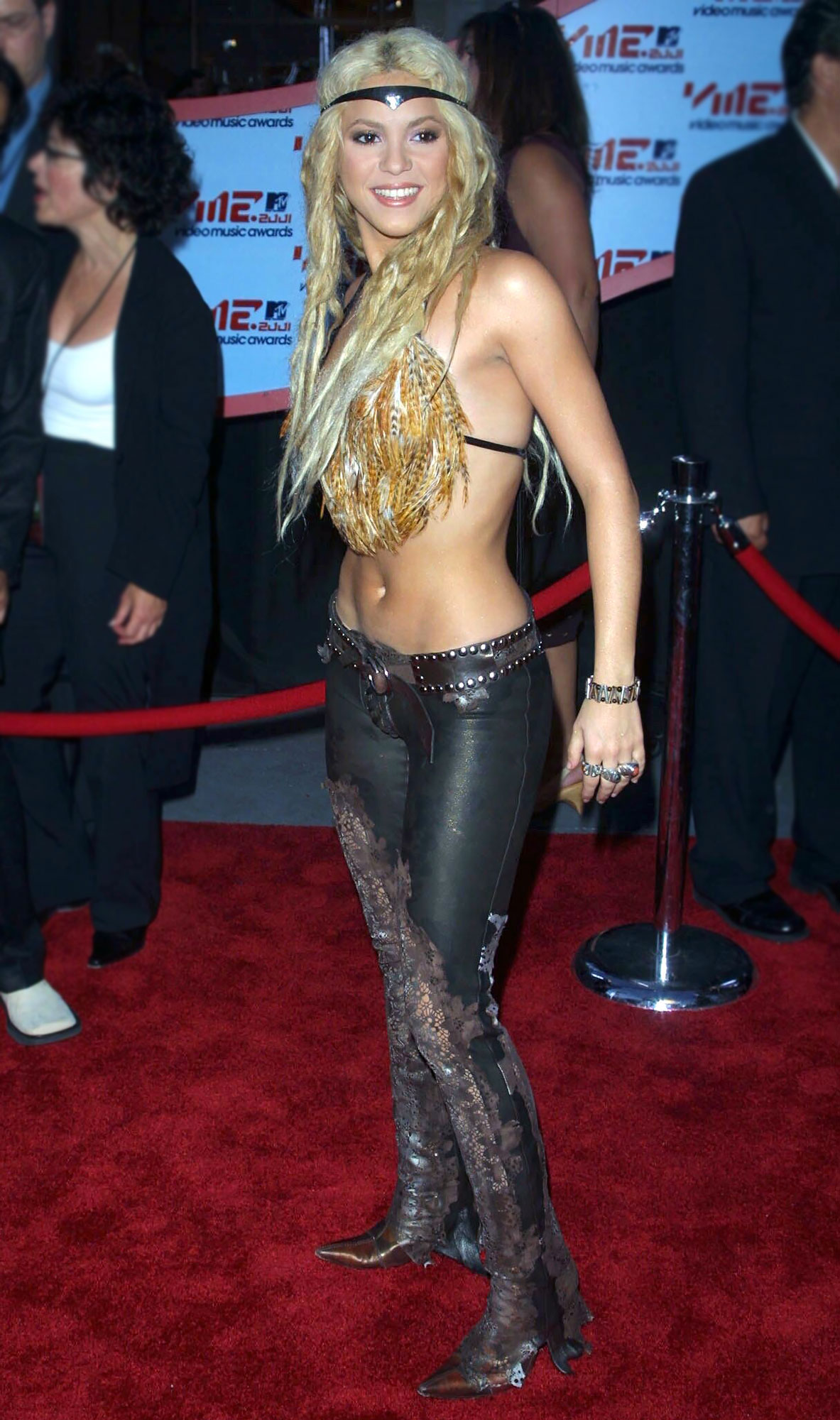 While the outfit may not have stood the test of time in her eyes, it was exactly what she wanted back then. In fact, she even remembers designing the look herself.

“I think I made [it] myself,” she revealed. “Sometimes I design my own things to get myself out of a tight spot. When I can’t find what I want, it’s down to me. I fix them with the fitter or the dressmaker, whoever’s around. I don’t know what I was thinking there.”

The feathery frock isn’t her only fashion regret. She’s also not too fond of her short hair circa 2012.

When an old photo of her, which was taken during a ceremony held by the French Ministry of Culture, popped up, she said: “Oh, how terrible! That’s a really bad haircut.”

The chop happened to be a suggestion from her mother-in-law. “She said, ‘Ay, why don’t you cut your hair? It’s really damaged.’ And me: ‘Ah, uh-uh.’ Worst mistake of my life,” she joked. “Mother-in-law, I’m not taking cosmetic advice from you again.”

Her hair may have been a faux-pas, but the designer dress she wore to the event, which featured a zipper down the front and a black and white geometric pattern, is still one of her all time favorites.

“This dress is by Alaïa, may he rest in peace, and I remember it with great affection because he was a great friend. He always sorted me out every time I had an event because clothes are a tricky topic for me,” she explained. “His style has always gelled with the female figure, with a woman who’s not very tall, so they always suited me.”