The last few years have been a whirlwind for Danh Tran, the founder of Buttercloth. In 2017, the Vietnamese immigrant and California resident came up with the idea of creating a dress shirt that was as comfortable as a T-shirt. He brought the concept to “Shark Tank” in 2018, where his idea attracted the attention of Canadian businessman and entrepreneur Robert Herjavec, who invested $250,000 into Buttercloth in exchange for a minority stake.

Tran said that before appearing on the show, he had been selling around 100 shirts a day, but that number jumped to 2,000 a day after the exposure, allowing him to leave his home for a real office and open a warehouse.

Last year, Tran, who calls himself an inventor and a designer, created a new fabric called Icy Cotton, a patented process where long fiber cotton is infused with organic mint fibers as a way to instantly feel cool. The fabric was a success and today, from 50 percent to 70 percent of Buttercloth’s shirts, depending upon the season, are created from Icy Cotton. The fabric is used in button-down shirts, polos and T-shirts.

Now Tran is taking that fabric and using it to launch underwear. “We were so successful in our first year with Icy Cotton shirts that I thought about what else we could do with this fabric,” he said. “After thinking hard about what men’s wear essentials could be vastly improved upon, it dawned on me that underwear was a perfect fit.”

The underwear will launch today and is available in either a white or black trunk. It features six-way stretch, moisture wicking, a soft waistband that won’t roll, is antibacterial and 20 times more breathable than polyester. After more than 10 washings, the cooling effect is still 91 percent maintained, according to the brand, and its marketing pitch is: “The world’s coolest underwear.”

Tran said the underwear will retail for $32 a pair and will be sold on Buttercloth’s e-commerce site. It will be available in sizes ranging from small to 3X and will have a five- or six-inch inseam. Tran said he plans to promote the launch of the underwear by doing an email blast, and working with influencers and bloggers. 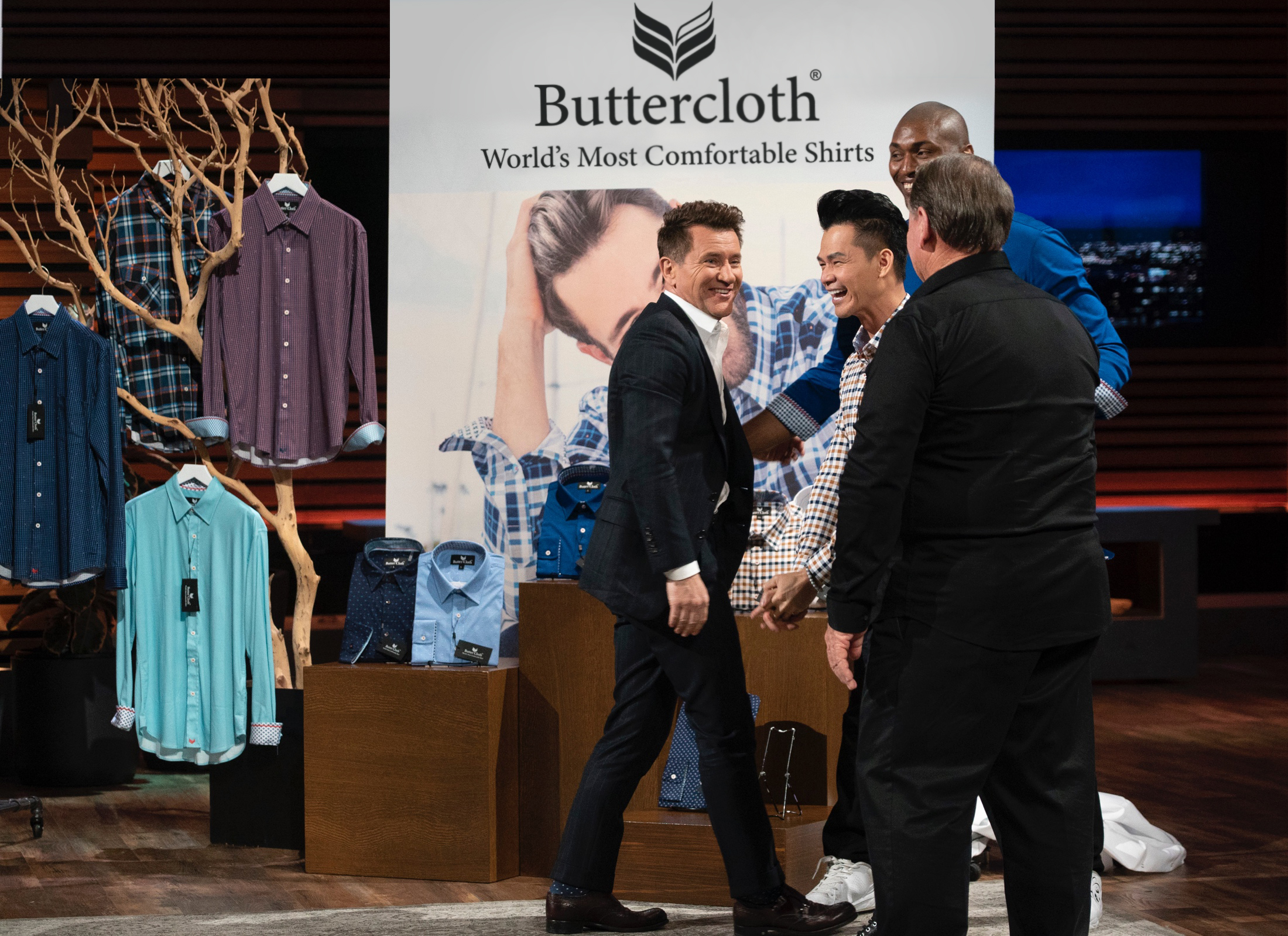 Herjavec is also seen as an asset to the brand because of his presence on television and his commitment to growing the brand. He called Buttercloth “the first real breakthrough in clothing technology I’ve seen in a long time” because it offers “amazing fabric technology combined with incredible design — two things that made Buttercloth a great investment.”

Tran said he hopes to expand the underwear offering this fall by adding a range of colors. Beyond that, he is already looking at other categories where the Icy Cotton technology can be applied. That will include bedsheets as well as women’s wear. “It has a lot of potential,” he said.

Beyond underwear, Tran said he plans to expand Buttercloth into women’s shirts next year along with men’s denim.