Home » Beauty and Fashion » Should I Be Taking Zinc?

Should I Be Taking Zinc?

Probably not! It may help with the common cold. There is no definitive scientific evidence suggesting it will help Covid-19. 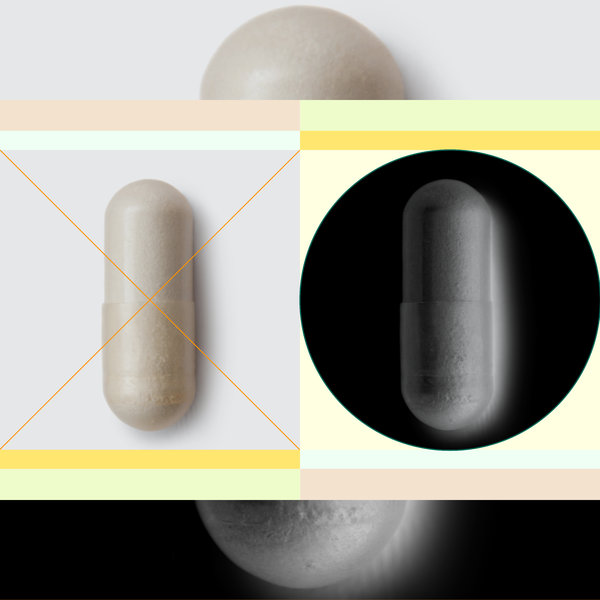 Zinc is the second most common trace mineral in our bodies and affects all organs and cells. It is a micronutrient needed for metabolism, our sense of taste and smell and especially key during times of rapid growth, such as pregnancy, infancy, childhood, and puberty. Zinc deficiency is associated with impaired growth, slower wound healing and increased susceptibility to infections like the common cold.

“It’s very clear: If you are zinc deficient, your immune system will not function as well,” said Dr. David Hafler, professor of neurology and immunobiology at Yale School of Medicine.

Zinc’s importance wasn’t always so clear. In the 1960s, a hematologist named Dr. Ananda S. Prasad suspected that low levels of zinc hampered growth in humans. But when it came time for him to test his hypothesis by administering zinc to his growth-stunted patients in Egypt, he couldn’t find it anywhere. So he had capsules made from bottles of zinc sulfate, and then gave them to these young adults with dwarfism. “I couldn’t believe that an 19-year-old guy could gain over six inches in height,” said Dr. Prasad, of Wayne State University, who stressed that this was specific to nutritionally deficient populations. Though his findings were controversial at the time, his work helped lead the National Academy of Sciences in 1974 to declare zinc an essential element.

Today, sales of zinc supplement, in response to the pandemic, are projected to hit an estimated $134 million, according to Nutrition Business Journal.

As a disclaimer: Nutritional research is often flawed. It’s very unclear how a particular supplement or nutrient can directly affect our health. Why? Since we eat lots of different things, it’s difficult to determine cause and effect, or even influence, of a particular nutrient. So, reader, please approach what follows in that context.

Does zinc help with Covid-19?

There is absolutely no definitive evidence at this time that zinc can help with coronavirus.

Once again: “There is no scientific evidence that zinc or any vitamin or mineral or other dietary supplement can prevent or cure Covid-19,” said Carol Haggans, registered dietitian and consultant to the National Institutes of Health’s Office of Dietary Supplements.

The Food and Drug Administration has sent warning letters to five companies touting zinc products for the prevention, and treatment of the virus.

The World Health Organization said that more research is needed.

Does zinc help with the common cold?

Zinc lozenges may shorten a cold by about 33 percent, according to a meta-analysis of seven placebo-controlled clinical trials. That’s about two days for a cold that would last a week without treatment. But don’t wait until your nose has turned red to begin. If you would like to take zinc, do so within 24 hours of a cold’s onset — at first sniffle or cough. Though the proper dose has not been determined, the meta-analysis found a possible benefit when sucking on one lozenge every two hours while awake for a total of 75 milligrams or more daily.

Most of the research in this area has been done on lozenges, which are slowly released over a long period of time in the mouth. It is unclear whether pills and other forms of zinc that are swallowed may have the same benefit.

But we’re still not totally sure?

When pharmacist George Eby’s 3-year-old was undergoing chemotherapy for leukemia, he gave her zinc to boost her concentration of the mineral. At the time, she also happened to have a cold. Since she couldn’t swallow, she let it dissolve slowly in her mouth.

After her cold subsided, Dr. Eby worked with two other researchers and conducted the first randomized double-blind placebo-controlled trial on the topic, which sparked a field of research that has had inconsistent results. The study only had 65 people.

While another systematic review and metanalysis in the Canadian Medical Association Journal also found a benefit of zinc supplementation, a number of other studies have not, including a new clinical trial.

Zulfiqar Bhutta, director of the Aga Khan University Institute for Global Health and Development, said the studies have been small, and narrow in focus. To gauge zinc’s effectiveness on the common cold, he said we need larger, placebo-controlled trials across geographies, in populations both zinc deficient and not.

Does zinc help with other ailments?

Zinc has been used topically to heal wounds since antiquity. The World Health Organization recommends that children with acute diarrhea take 20 milligrams of zinc for up to two weeks (10 milligrams for infants under six months).

Some previous indications of zinc’s benefit are not being confirmed in more recent studies. Beyond the gastrointestinal infections, Dr. Bhutta said his work with children who were micronutrient deficient did not find that zinc supplements significantly affected stunting, wasting and mortality. “We are also beginning to realize that many deficient populations have multiple micronutrient deficiencies and hence replacing just one nutrient doesn’t make sense, nor gives much benefits,” said Dr. Bhutta.

He is the senior author of a Cochrane Systematic Review that indicated zinc can help reduce both the prevalence and incidence of pneumonia among young children, many with underlying conditions such as H.I.V. infections. But he said recent data, not yet published, doesn’t bear that out in general populations.

Am I getting enough zinc?

Probably. Most Americans are not zinc deficient. Only about 15 percent of Americans are not getting enough zinc, according to an analysis of the National Health and Nutrition Examination Survey. The number is higher in some countries where a large portion of the population is malnourished. But the true percentage of those with insufficient levels may be difficult to determine. Zinc is distributed throughout our body, making it hard to measure in a laboratory test. “You have to be pretty deficient to see a change in blood levels of zinc,” said Emily Ho, a nutrition scientist and director of the Linus Pauling Institute at Oregon State University.

The recommended daily allowance of elemental zinc is 8 to 11 milligrams for most adults.

What foods can I eat to get more zinc?

Registered dietitians say it’s important to get your nutrients from your food first. Then speak with your health care provider about whether or not supplementing is necessary.

Oysters are zinc powerhouses, packing the most per serving. Crab, lobster, poultry, nuts and seeds are rich in the mineral. Some cereals and beans and legumes have zinc, but also contain phytates, which are compounds found in plants or plant-based foods that may prevent zinc and iron absorption. Vegetarians tend to be more deficient, as well as older people, those with alcohol dependency, digestive disorders and sickle cell disease.

Can I take too much zinc?

The upper limit for adults is 40 milligrams per day.

“It’s really important to have but you can get too much of a good thing,” said Dr. Ho.

High amounts of oral zinc for a long period of time can lead to a deficiency in copper, another mineral crucial to your body in small amounts. Case reports have shown the potential consequences of this decline in copper, though reversible: anemia and a lowered white blood cell count.

Can you take more if you’re sick, though? “The answer is, yes, for the short term,” said Cathi Dennehy, a pharmacist and professor of clinical pharmacy at the University of California, San Francisco. By short-term, she means seven to ten days — the average length of a cold, said Dr. Dennehy.

Also, be aware that zinc can interact with prescription drugs. “Yes, when taken with some drugs, zinc can form complexes with the drug, reducing its effect,” said Dr. Dennehy. “This is why we separate dosing of these minerals — zinc supplements, calcium supplements — from drugs by 2 hours.”

The Food and Drug Administration warned consumers to stop using intranasal zinc products after many complained of losing their sense of smell. The product was subsequently recalled and reformulated without zinc.

Should I be taking zinc during the pandemic?

To protect yourself from coronavirus, wear a mask, wash your hands and maintain distance from other people.

For a common cold, doctors say support your immune system with a well-balanced diet, exercise, a good night’s sleep and take care of your mental health needs.

“There’s no question that zinc is important,” said Dr. Hafler. “But once you have the minimal amount of zinc, there’s no evidence that adding more boosts the immune system.”

Is This A Scam?