MEGHAN Markle surprised a fan when she personally called them to thank them for raising £67,000 for a charity in her honour.

The Duchess of Sussex called to express her thanks after the social media effort named #InspiredByMeghan raised the whopping amount for CAMFED – the Campaign for Female Education. 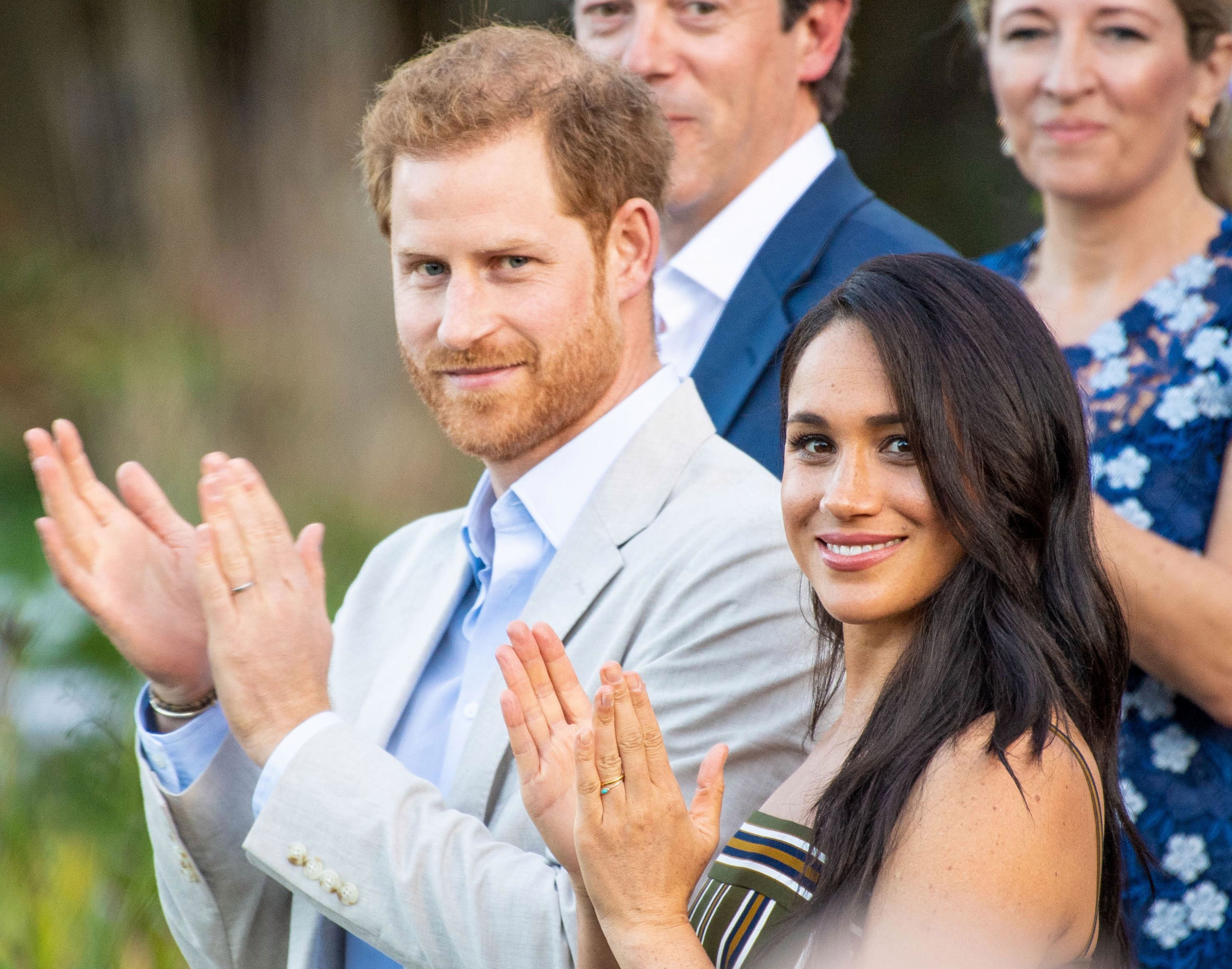 Camfed is one of the many charities supported by the Duke and Duchess of Sussex, who frequently champion African causes.

And the account behind #InspiredByMeghan was quick to gush about the call they received from “super sweet” Meghan.

They wrote: “OMG! MEGHAN CALLED ME! I SPOKE TO MEGHAN YESTERDAY!”

The user explained that they had at first been contacted by Meghan and Harry’s team who thanked her for raising money in honour of the Duchess’ birthday last month.

Continuing she wrote: “I was excited we’d made it onto their radar. That was enough for me. Then… Meghan called yesterday!!!

“She said their team heard about the fundraiser and flagged it for her. She and Harry were very touched. She asked me to pass on a big ‘Thank you’ to everyone.”

The twitter user went on to say that Meghan was “gracious and humble” and had been “amazed” by the total raised.

She added: “Guys, she was delightful, kind, super-sweet. We spoke for about 7-8 minutes. It seemed much shorter though. There was so much more I wanted to say, but this wasn’t that type of call. Lol. 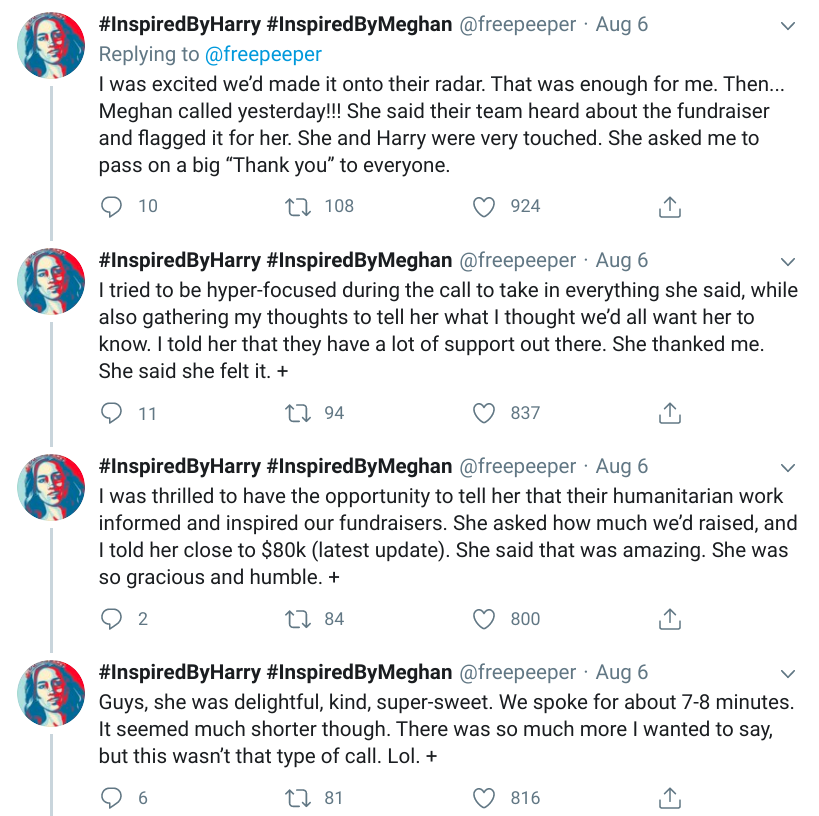 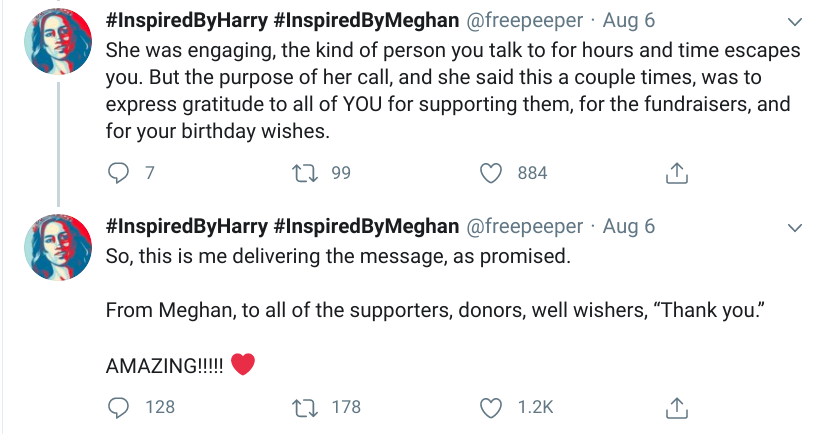 “She was engaging, the kind of person you talk to for hours and time escapes you.

“But the purpose of her call, and she said this a couple times, was to express gratitude to all of YOU for supporting them, for the fundraisers, and for your birthday wishes.”

Meghan and Harry are both prominent campaigners for female education NGO Camfed, which has already impacted the lives of nearly three million girls and young women across sub-Saharan Africa.

And we shared how Prince Harry ‘cooked three course dinner’ for Meghan Markle to celebrate her 39th birthday while Doria babysat Archie.

Meanwhile, Meghan and Adele ‘enjoy pilates sessions together as the new neighbours hit it off’.