A TEEN has been branded a ‘brat’ after saying that she hopes her parents are ‘joking’ about getting her a minivan with a personalised licence plate for her 18th birthday.

18-year-old Priscilla shared a video on her Tiktok saying she hopes her parents are having a “sick joke” when they say they’re getting her a minivan for her birthday. 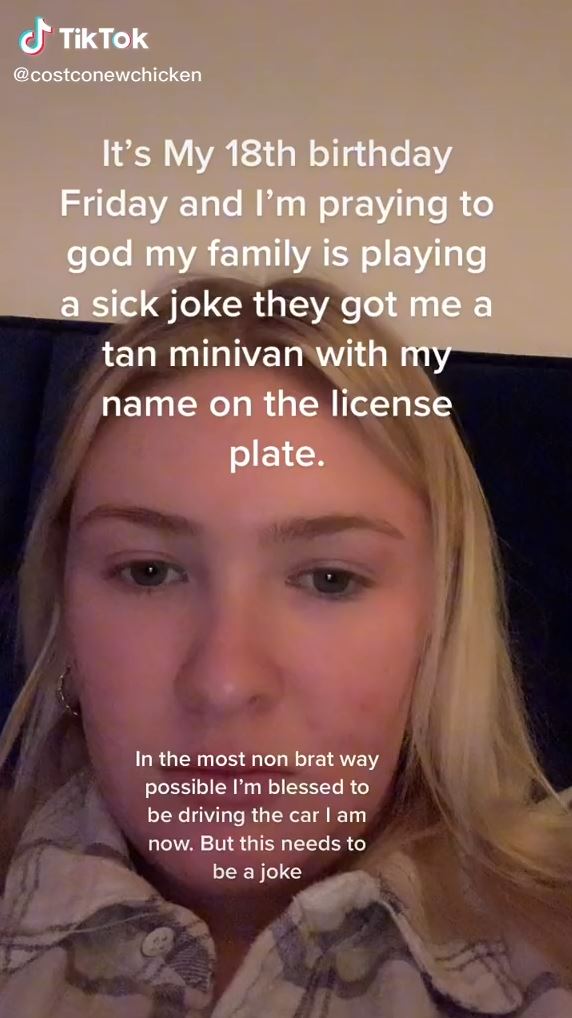 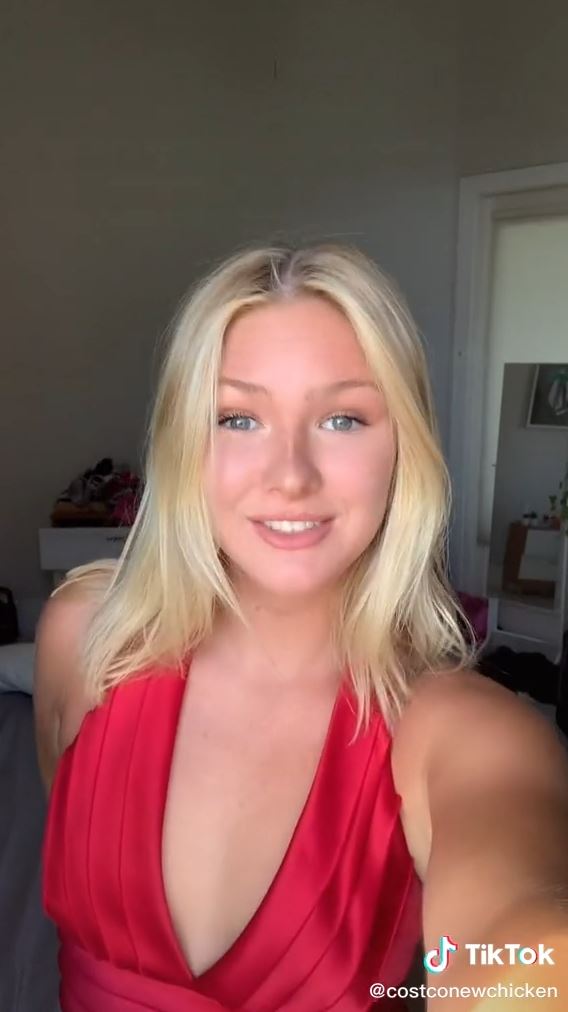 She said: “It’s my 18th birthday Friday and I’m praying to god my family is playing a sick joke that they got me a tan minivan with my name on the license plate.”

The teen added that she meant this in “the most non-brat way possible”.

She explained: “I’m blessed to be driving the car I am now. But this needs to be a joke.”

The video quickly racked up over a million views, and many criticised the teen for her attitude towards the gift.

“There’s no way to complain about getting a car for your birthday in a ‘non-brat way’”, wrote one viewer, while another wrote: “Be grateful perhaps?”

A third sarcastic commenter said: “It must be so hard to get a car for free :’( we’ll be praying for you girly.”

Many said they’d be delighted with the gift.

Some, however, understood Priscilla’s embarrassment.

“It’s the name on the licence plate part that would make me go feral”, one viewer said.

A second added: “THE TAN COLOUR MADE IT WORSE I’M SORRY.”

Lots of viewers also offered suggestions for how to make the van look better.

“Paint it and decorate it”, one advised, and a second suggested: “Turn it into a Barbie van!”

In other news, these Rich Kids showed off their epic walk in wardrobes including a couple which are probably as bigger than your bedroom.

Plus, this heir, 25, who thinks people on benefits are ‘lazy’ meets family who can’t afford mum’s gravestone on Rich Kids Go Skint.