From a “rare toile for the 1937 coronation gown of Queen Elizabeth The Queen Mother” to Princess Diana’s iconic wedding dress, the Royal Style in the Making exhibit, which is currently on display at Kensington Palace, is filled with some of the most famous royal fashion.

See Princess Diana’s Most Iconic Looks of All time

But, after sitting down with the collection curator, Matthew Storey, Us Weekly learned that one of the most “important” items comes in the form of a sketch. The drawing depicts the Princess of Wales’ “favorite” dress.

“She called it her caring dress. It’s this blue dress with bright flowers on it and it was one of the princess’ favorite dresses,” Storey exclusively told Us Weekly. “She wore it over and over again. So much so that the press said, ‘Give it a rest. Stop wearing it.’”

Alas, the royal insisted on wearing the dress repeatedly — and for a very sweet reason.

“She knew that children really responded to this dress. Children love bright colors. So, she often wore it when she was going to visit children — and sick children in particular,” he explained.

Now, if you were to look at past photos of Diana out and about and compare them to the sketch, there is one key difference.

“The sketch shows this broad-brimmed hat and she would never have worn it [the dress] with a hat. She said, ‘You couldn’t cuddle a child in a hat,’” Storey told Us about the late princess’ approach to fashion.

He continued: “For me, that unlocked my understanding of Diana’s wardrobe. She thought about the people who were going to see her and the people she was going to meet when she made style choices.” 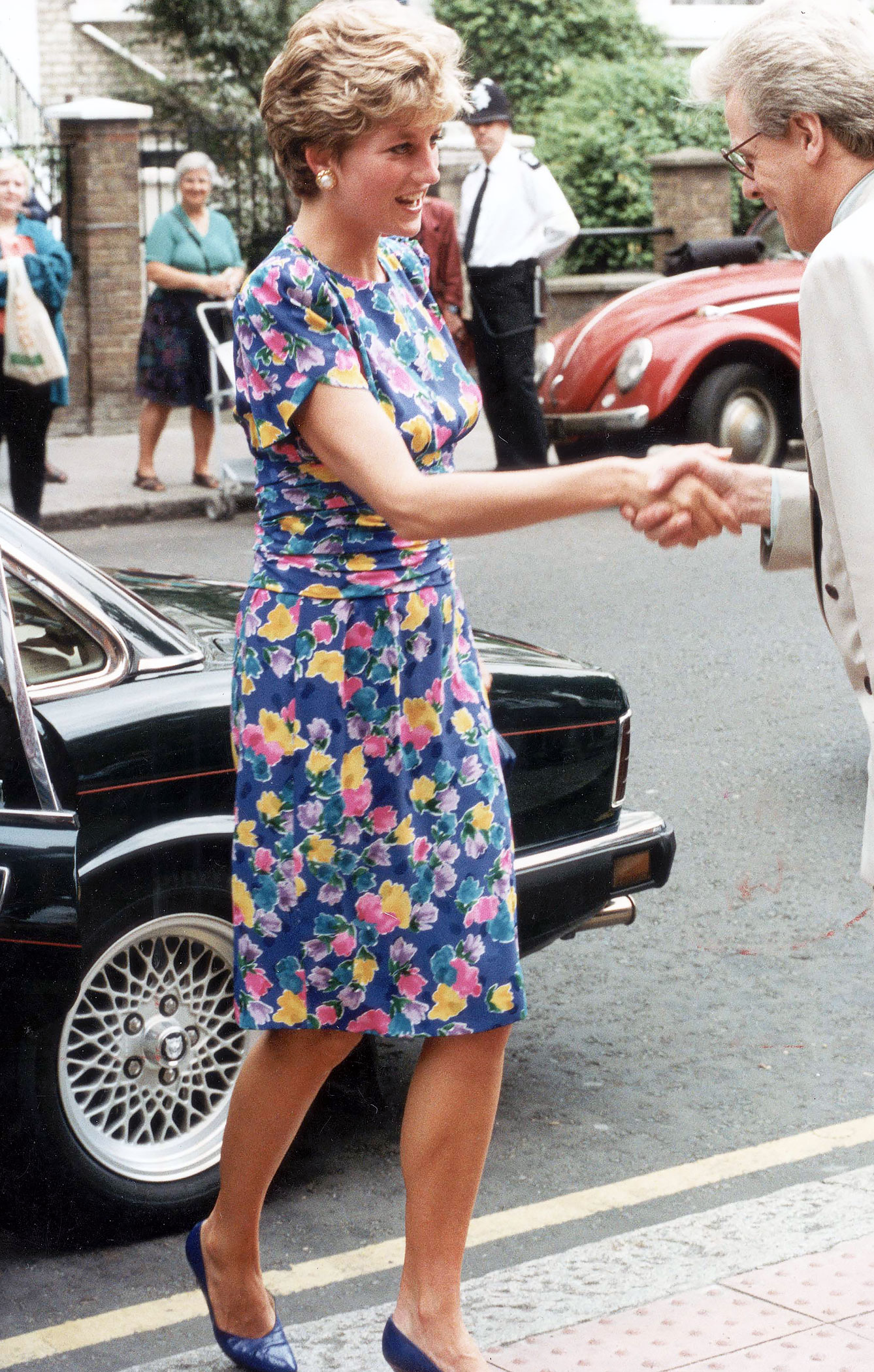 Choosing colors and patterns for specific occasions has actually been a part of royal dressing for quite some time. In fact, Queen Elizabeth The Queen Mother took a similar tune when visiting families who had been “bombed out of their homes” during the Second World War.

“We show a sketch created by Norman Hartnell for The Queen Mother … and it’s in this very sympathetic purple color because The Queen Mother knew how she looked was important,” Storey explained.

Royal Style in the Making is open through January 2, 2022 and tickets are available for purchase at hrp.org.uk.