It’s time to put the myth that lasers won’t work on dark skin tones to bed. If you have tan to deep skin, you can absolutely get treatments like laser hair removal—you just have to be mindful of a few key things. We spoke with dermatologists Jeanine Downie and Michelle Henry to break down all the things people of color must consider before booking a laser hair removal treatment.

Laser hair removal is a permanent (or semi-permanent, depending on how often you go to get it done) treatment that uses amplified light to remove hair. Downie explains that the energy from the light safely removes hair by targeting the pigment in each follicle. What makes laser hair removal problematic for dark skin is when the laser targets the pigment (melanin) in your skin in addition to the hair follicle. 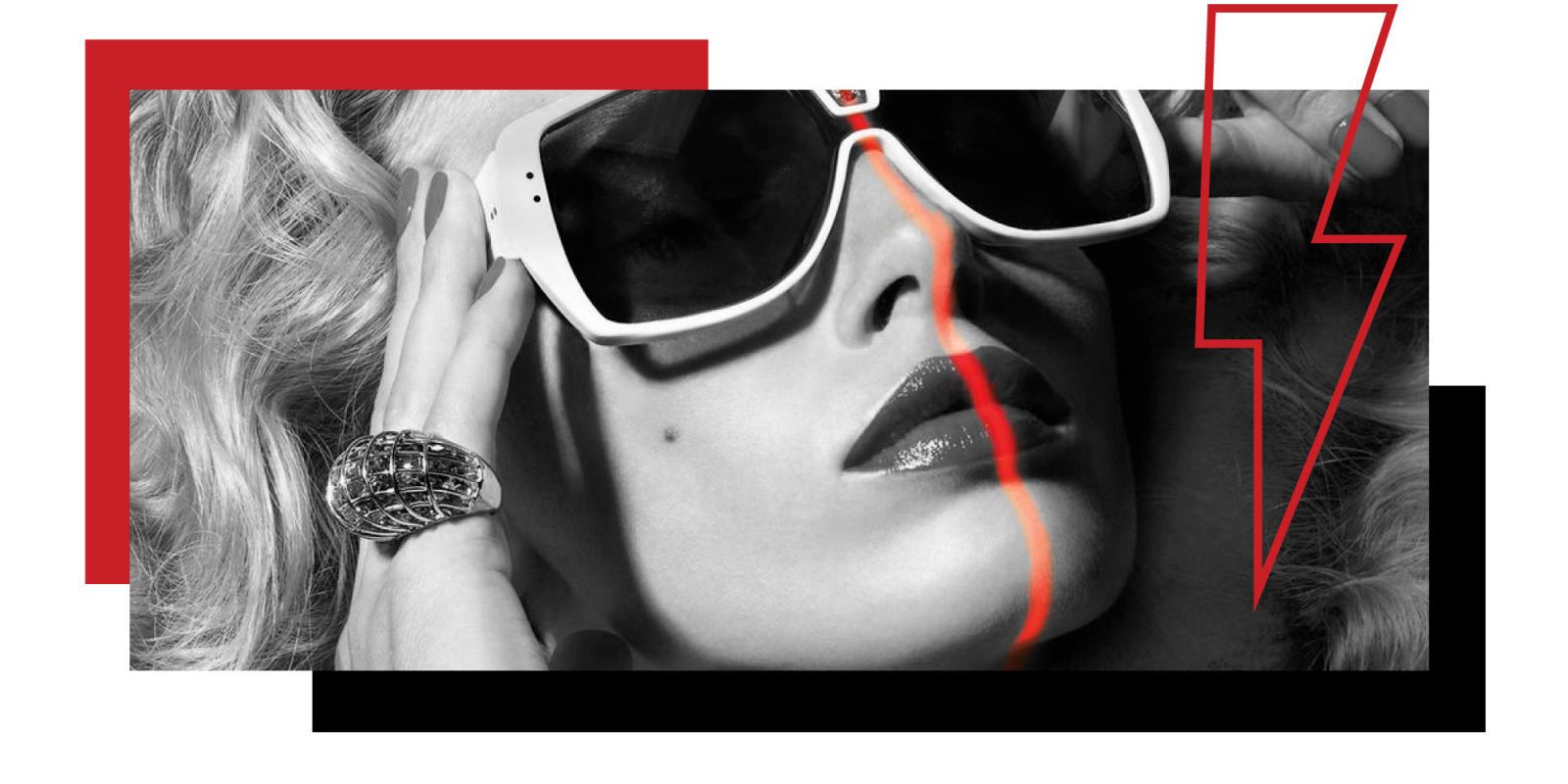 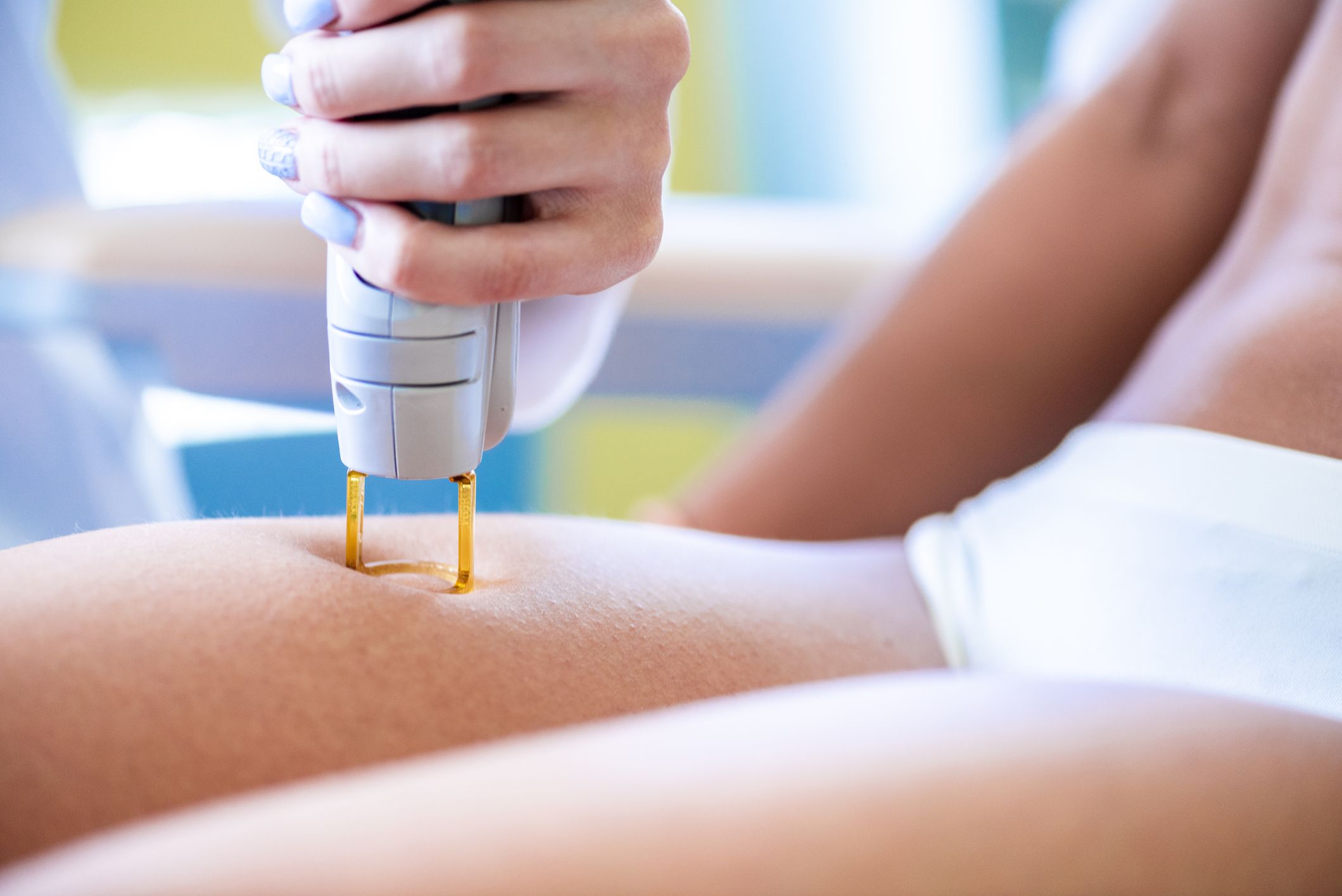 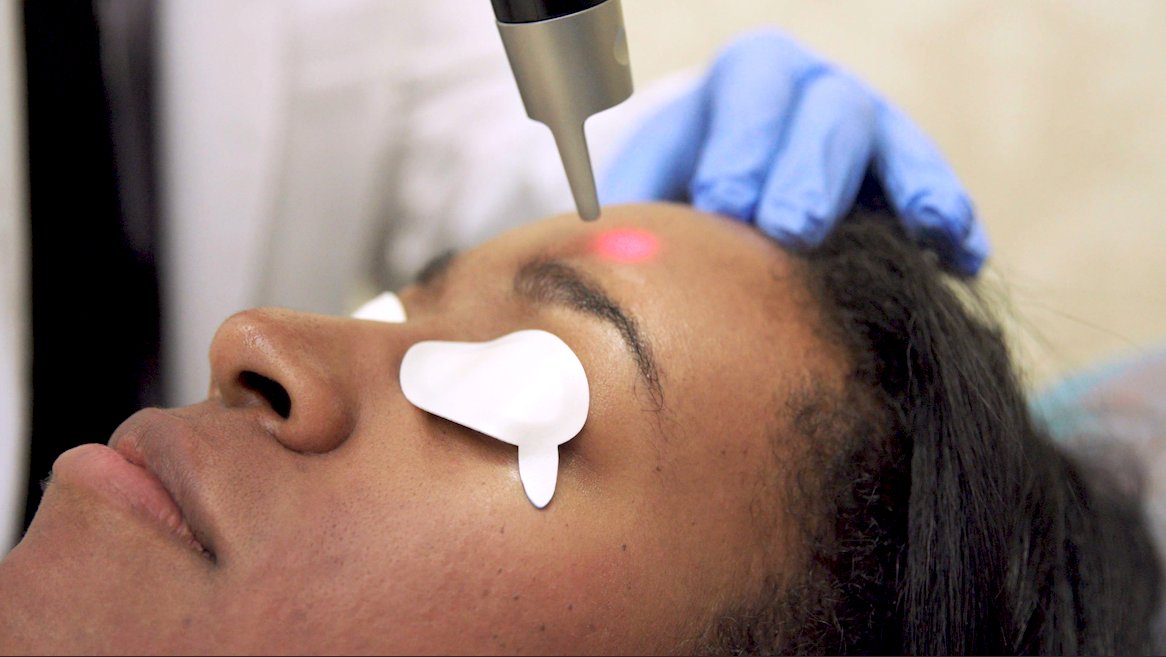 For that reason, it’s important that you go to an expert that carries that right laser device. Henry says to look for a YAG laser (the 1064 Nd;YAG laser to be exact); it is a long pulsed laser that bypasses the melanin in your skin and targets just the hair follicle. Using the wrong type of laser can have negative side effects such as burns, scarring, and permanent discoloration—all of which can be difficult to treat.

“Treating discoloration or scarring from burns gets complicated,” says Downie. “We use a wide variety of lasers, chemical peels, fade cream, sunscreen and acne cosmeceuticals, [but] every case is different.” 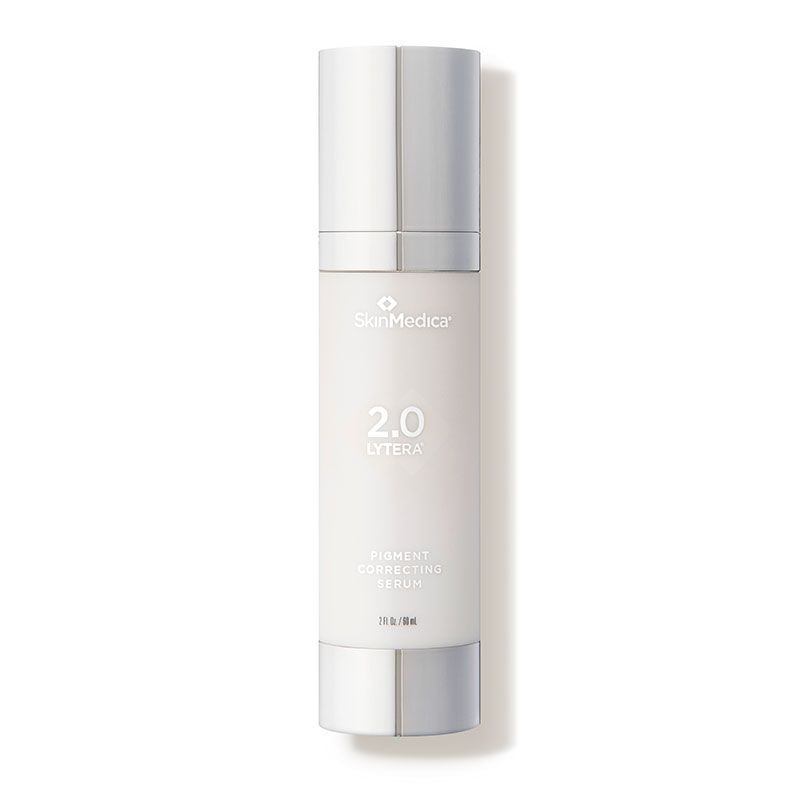 Both Downie and Henry both encourage patients to go to an experiences dermatologist who has used lasers to remove hair from dark skin. “[It’s] an advanced procedure and should only be done by a dermatologist with significant experience,” says Henry.

Downie agrees and says it’s “critical,” and to ask friends for recommendations or ask your dermatologist. And she also warns against going to a salon or laser spa because it’s cheap. “I unfortunately have heard of many people using Groupon and I do not agree with this,” she cautions.

Treatments range from $300-800 per session, dependent on where you live and what part of the body you’re lasering. Henry adds that to see results, you’ll have to go in for an average of 10 treatments per body part. She recommends not tanning, waxing, or tweezing before your first appointment. Post treatment, she says to keep the skin moisturized to fortify the skin barrier. She also recommends creams like the SkinMedica Lytera 2.0 Pigment Correcting Serum and Vanicream Moisturizing Cream that have ceramides to soothe and reduce inflammation.

Be wary of at-home devices.

Laser hair removal is expensive, but going in for a treatment might not be high on a list of priorities at the moment. While at-home devices do exist for a fraction of the cost and for better convenience, both Downie and Henry wouldn’t recommend them for dark skin.

“At-home devices are safer for lighter skin types,” says Henry. “They contain shorter wavelengths that are unsafe for dark skin.” She does concede that there are some newer devices that filter those wavelengths better to make it safer for darker skin types. Just make sure to do your research before your first zap.