Home » Beauty and Fashion » The Science Behind the Hottest Sports Fuel

The Science Behind the Hottest Sports Fuel

When you’re a top athlete, what usually tanks a race is either what’s going on in your head or what’s going on in your gut. And when Tobias Christensson found a way to help with that second part, he ignited a fueling revolution. He’s the head of nutrition at Maurten, the company that brought a new kind of sports-drink mix and gel to market in 2017—and to Eliud Kipchoge’s 2017 Breaking2 event, Desiree Linden’s 2018 Boston Marathon win, and inevitably the pockets and bottle cages of elite and everyday athletes everywhere.

Endurance athletes need to replenish carbs as they burn them. But when the body diverts resources to working muscles, some athletes find that food and drinks don’t empty from their stomachs, leaving them bloated and without energy by the end of a race. Christensson discovered a way to encapsulate the carb molecules with a hydrogel technology (which is already used in some pharmaceuticals). This allows carbs to move through the stomach and to the intestines, in which they can be absorbed more easily and help sustain performance. This also lets you fuel more aggressively and take in more calories—which may let you race more aggressively, too. 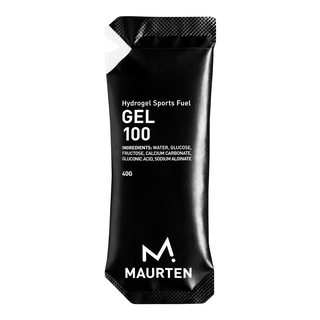 These products won’t turn you into Kipchoge, but they might keep you from getting slower as you go. “Consistent and progressive training makes the athlete go quicker,” Christensson says, “and carbohydrates support the full potential the athlete has on that day.”

Other fueling tips from Christensson that can help support that full potential on race day (and training days):

Teach your gut a few things.

“The gut can and should be trained,” he says. Practice consuming as many calories in training as you plan to take in during the same amount of time racing.

Even the pros carry their water bottles for a minute or two before releasing them. Give your body time to absorb what it needs rather than gulping fluids down.

Drink carbs after your workout.

To replace the carbs you lost and get your body ready for another workout quickly—maybe you work out at night and have another session in the morning—you can either eat a lot when you finish your workout and feel uncomfortably full. Or you can start replenishing your carb tanks by having a sports drink, which gets carbs into your body rapidly without that overstuffed feeling.