WEDDING dresses are usually worn only once despite costing hundreds or even thousands of pounds, but one bride has found a way to wear hers every day.

Thrifty bride, Emma Male, decided she didn’t want her £500 dress to gather dust in her wardrobe, so set about turning it into an outfit she can wear all the time. 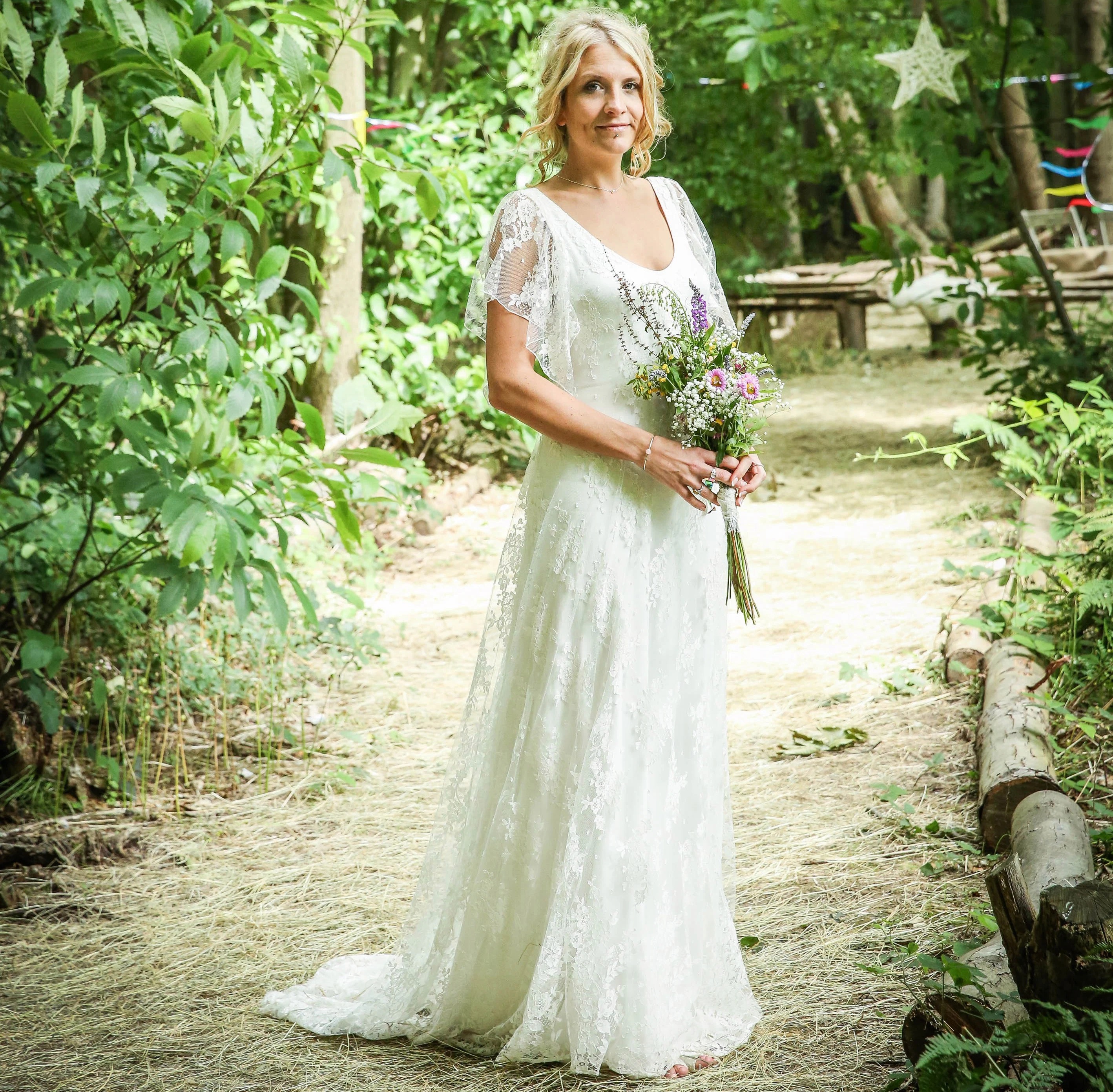 The 36-year-old decided to dye her white lacy gown khaki green, and also altered it, taking up the hem so it was easier to walk in.

Emma, from Weybridge in Surrey, said: “It was a bloody expensive dress to just wear once."

She tied the knot with video producer Chris, also 36, in a woodland-themed wedding in Kent two years ago.

After enjoying their big day in the forest, Emma found her beloved dress was ripped and covered in mud. 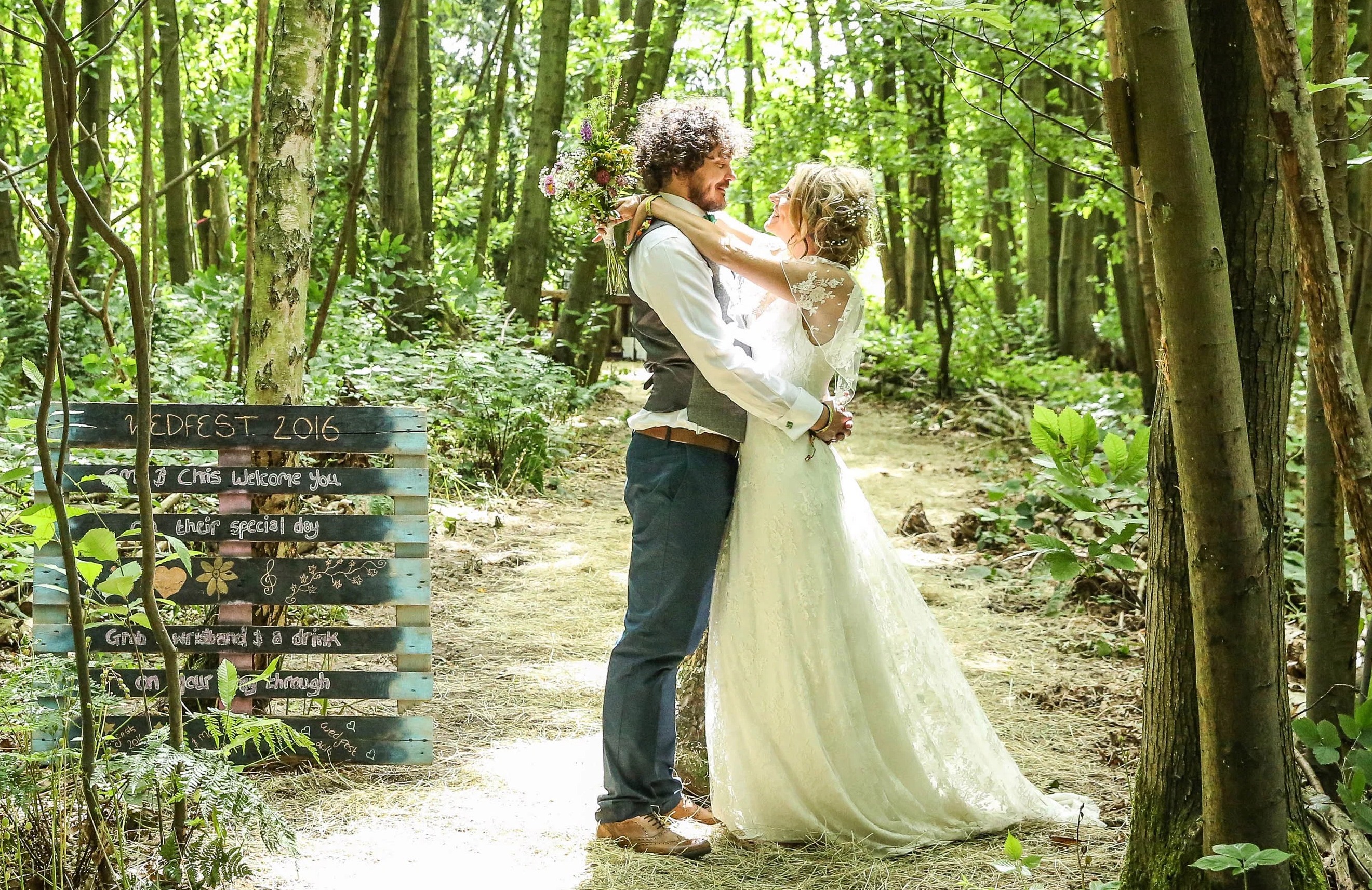 She said: “I was walking through the woods in flip flops, so the dress got ripped and muddy.

"There was no point in putting it to the back of my wardrobe to rot.”

Emma, an accounts manager and also a singer, set about giving her beloved dress a new lease of life. 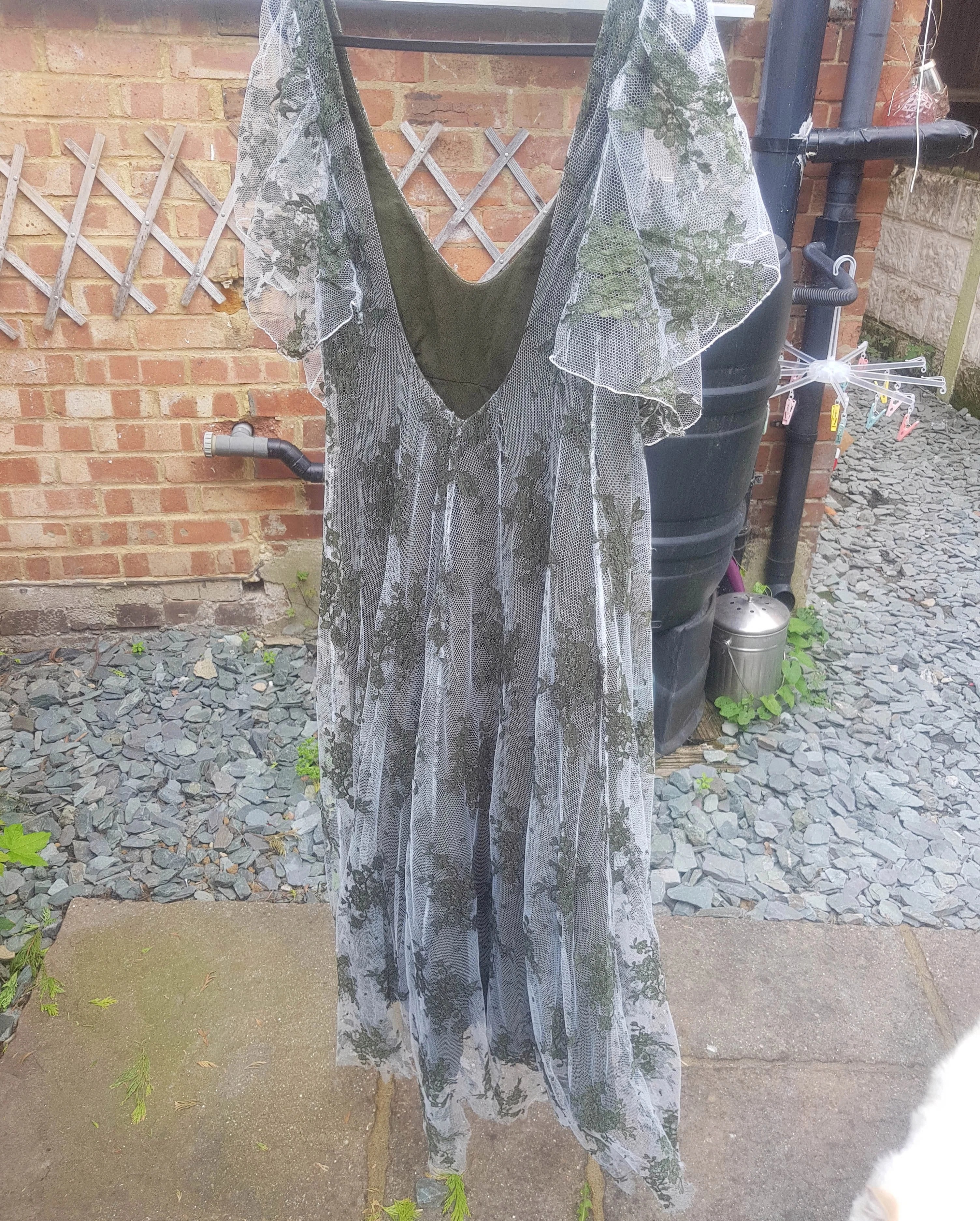 She said: “When I first saw it going into the green dye, it looked so dark. I thought 'Oh my god. What am I doing?'

“But I absolutely love it. It gets so much attention but nobody recognises it from when we got married.

"My husband does, but that’s only because I go on about it all the time.” 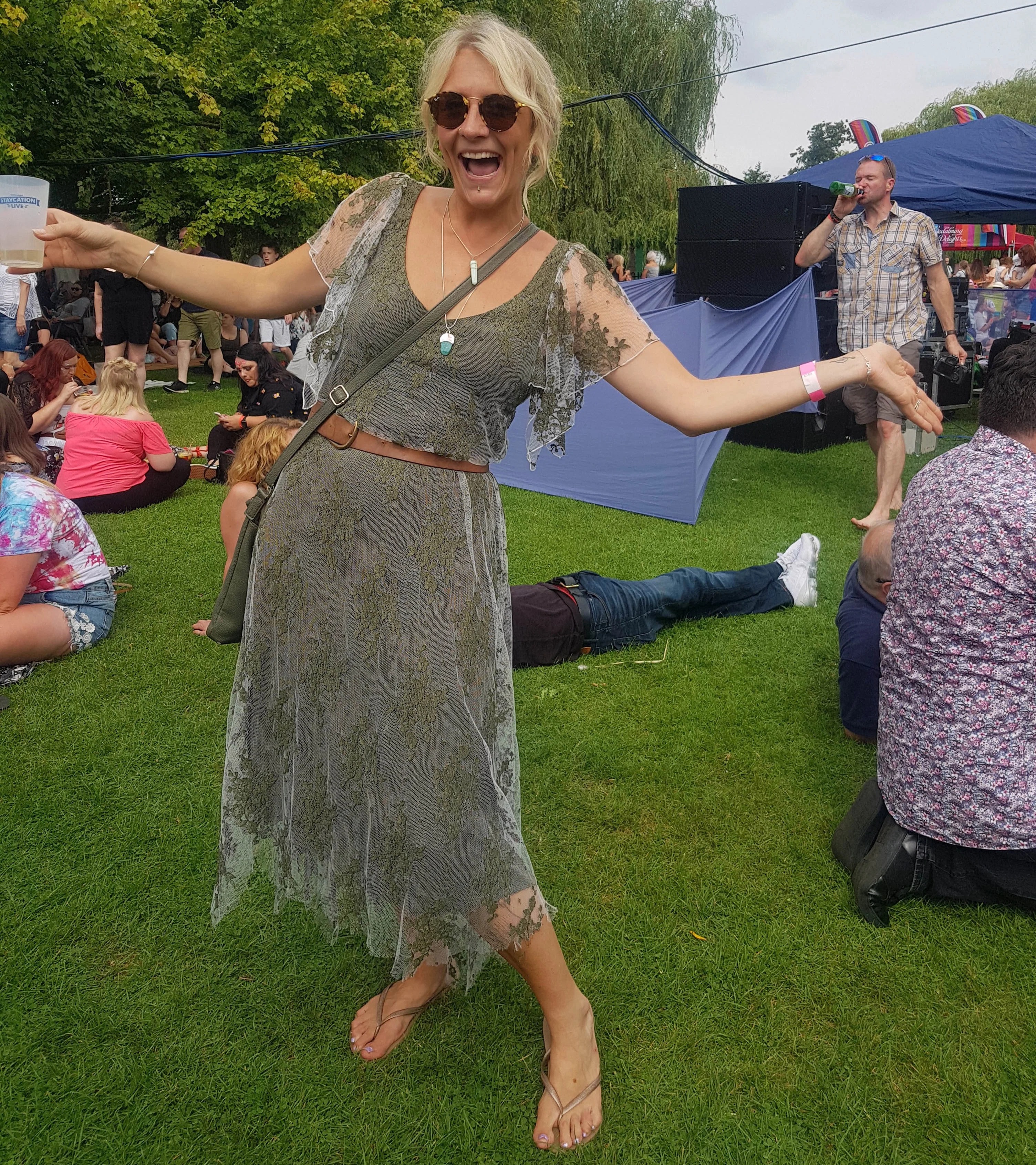 Despite paying a few hundred pounds for it, the dress is worth £2,000.

Emma said: “I didn’t have a big budget for the wedding so I didn’t go around loads of shops trying on dresses because I know it would have been soul destroying.

“I’d tried a few cheaper dresses on which were nice, but not amazing. 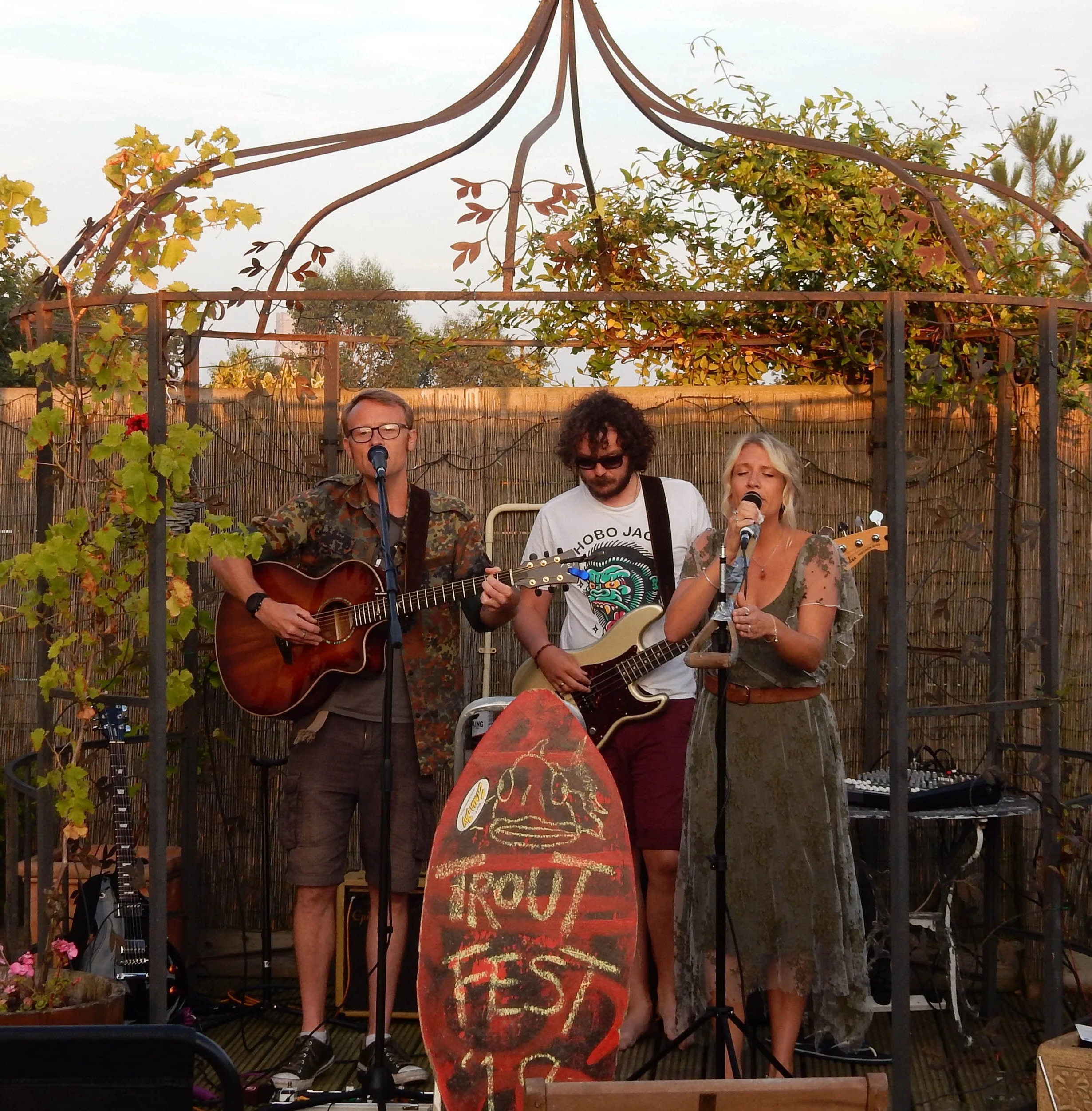 "It was the first designer dress I tried and as soon as I put it on I just loved it.”

Determined to transform it on a budget, Emma enlisted the help of her creative cousin, Katie, to help her revive the dress.

After dying it herself, Katie chopped up the dress to give it a modern style, and it took the pair one week to give the dress its makeover.

Now the frock is unrecognisable from the gorgeous bridal gown it once was, and it’s Emma’s favourite dress to wear on stage with her band, LÅTE, made up of her husband Chris, her brother, Jamie, and their friend, Craig. 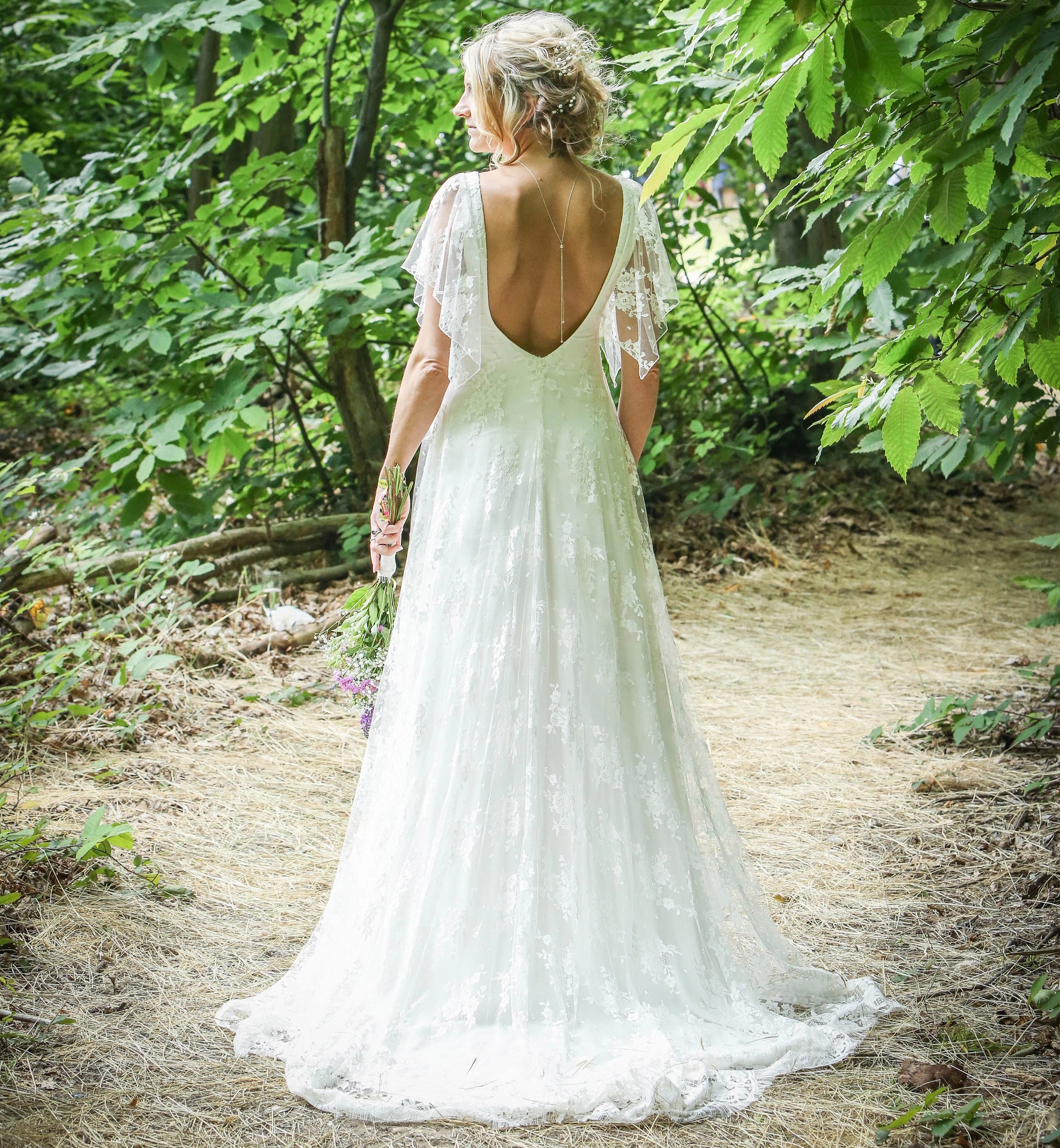 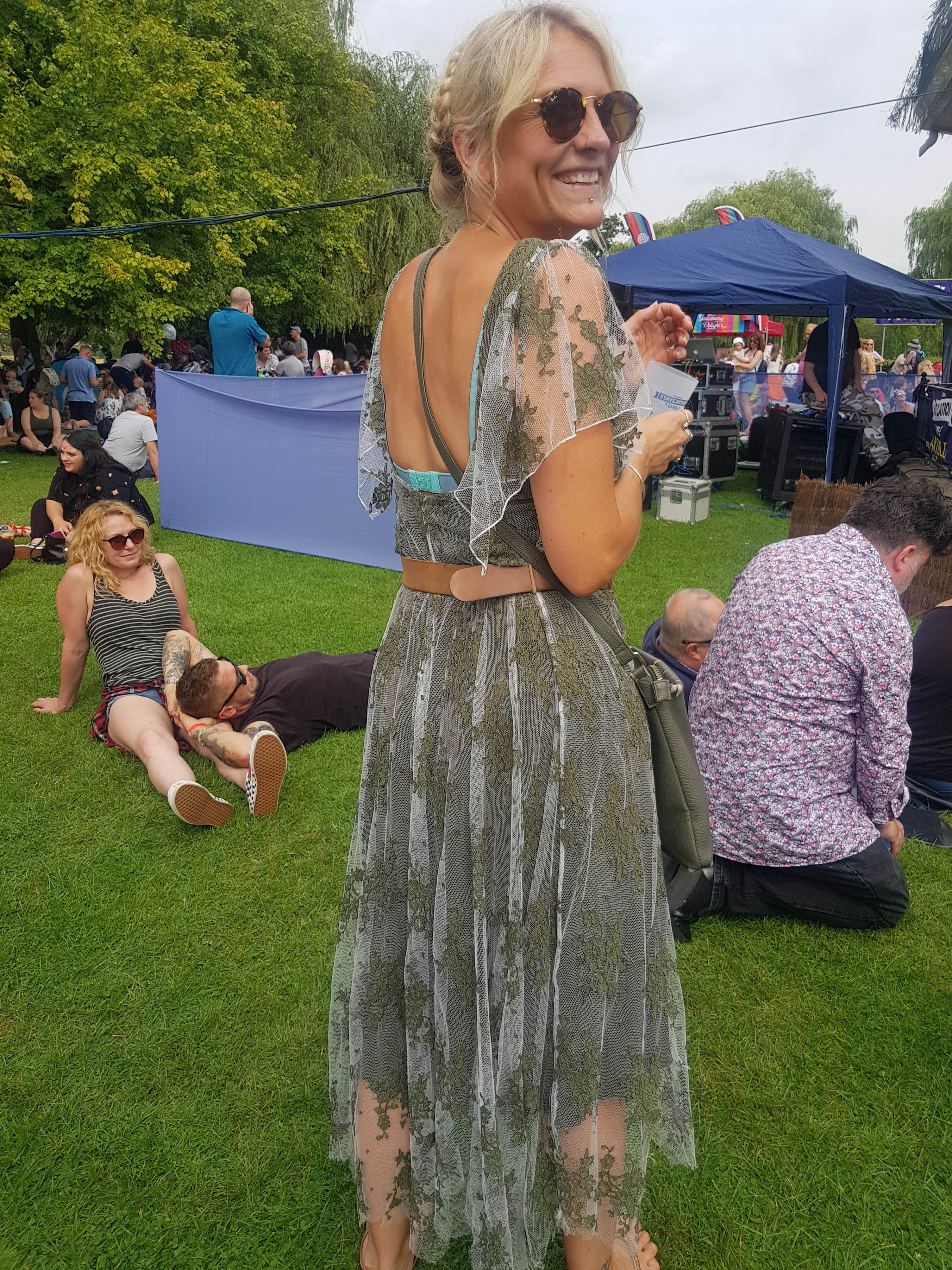 Emma said: “We’ve always been a musical family and now I love wearing the dress on stage, it’s very me.

"I’m not the most glamorous person, I'm more of a hippy girl."

She has no regrets over chopping up her wedding dress, adding:"It’s better than leaving it shoved in the back of my wardrobe and I’m glad I did it now.”

Meanwhile this bride wears her wedding dress to do daily chores and has even been kayaking in the frock.

And this bride was horrified after a bird pooped all over her wedding gown – before she'd taken any photos.

Plus this guest wore a floor length white frock to her pal’s wedding, and people can’t tell who is the bride.