Hi. How are ya? It seems a new Jeffree Star collection is on the way. Star revealed his new Cremated Collection in a YouTube video on Saturday, May 16, and it looks to be a major departure from his previous collections. From the minute Star announced the collection, fans had some mixed responses to the video: Some, you could say, were ~deceased~. Others, however, rightfully expressed concern and disappointment over the name, given the ongoing coronavirus crisis. Elite Daily reached out to Star for comment regarding the backlash, but did not hear back in time for publication.

At the beginning of his reveal video, Star explained the reasoning behind the name for the Cremated Collection. (Hint: For him, it’s like saying, "OMG, I’m dead.") "Now, ‘cremated’ is like my iconic catch phrase, ‘I’m deceased.’ It’s a double entendre," Star says in the video. "Cremated, as well as being dark and gothic, is also a term that I like to use. You know when you are really blown away by something — you’re mesmerized, and it’s so sickening? Me and my friends love to say, ‘B*tch, I’m cremated.’"

Though some of Star’s supporters are excited for the drop, many fans took to Twitter to express their thoughts on Star choosing to release a collection with such a dark theme — particularly with a shade name like "Angel of Death" — when so many people have lost their lives because of the novel coronavirus:

Star reportedly responded to the backlash in a now-deleted Snapchat video:

Generally speaking, the collection is a noticeable departure from Star’s usual vibrant palettes spanning every color of the rainbow. The 24-pan palette, retailing for $58, features a wealth of deep, dark black and grey shades, as well as some warmer grey and brown shades and a few lighter transition shades, all in a variety of matte and shimmer finishes. The collection also includes four The Glosses, which Star himself calls "a little weird," each retailing for $18. The shades of The Glosses mimic those of the palette, including a shimmer dark grey and pewter, among others.

Rounding out the collection are two makeup bags and a metal straw set. The Black Marble Travel Bag and White Marble Makeup Bag retail for $30 and $25, respectively, while the metal straw set is $20.

The full collection will launch on Friday, May 22 at 1 p.m. ET on the Jeffree Star Cosmetics website.

This article was originally published on May 18, 2020 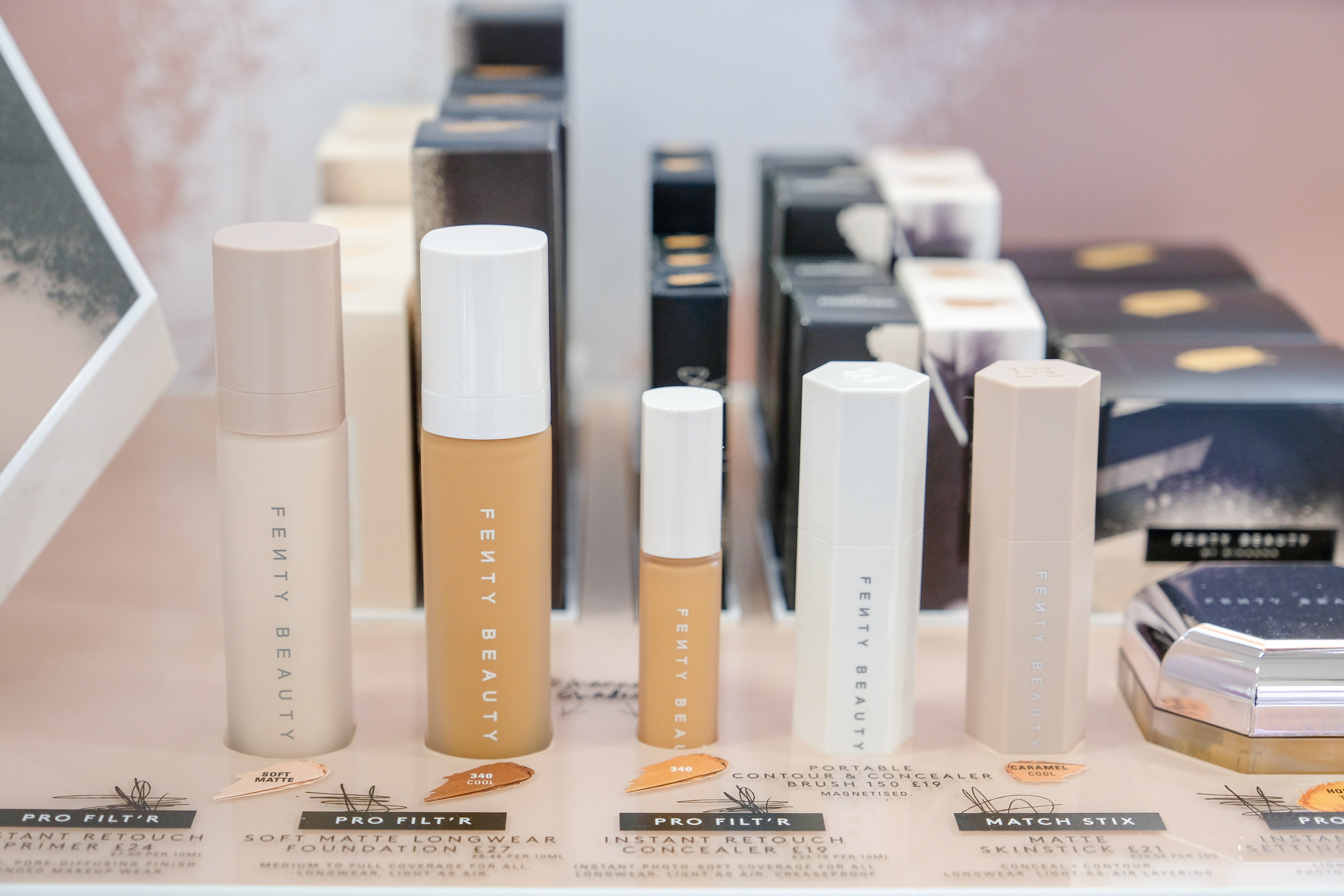