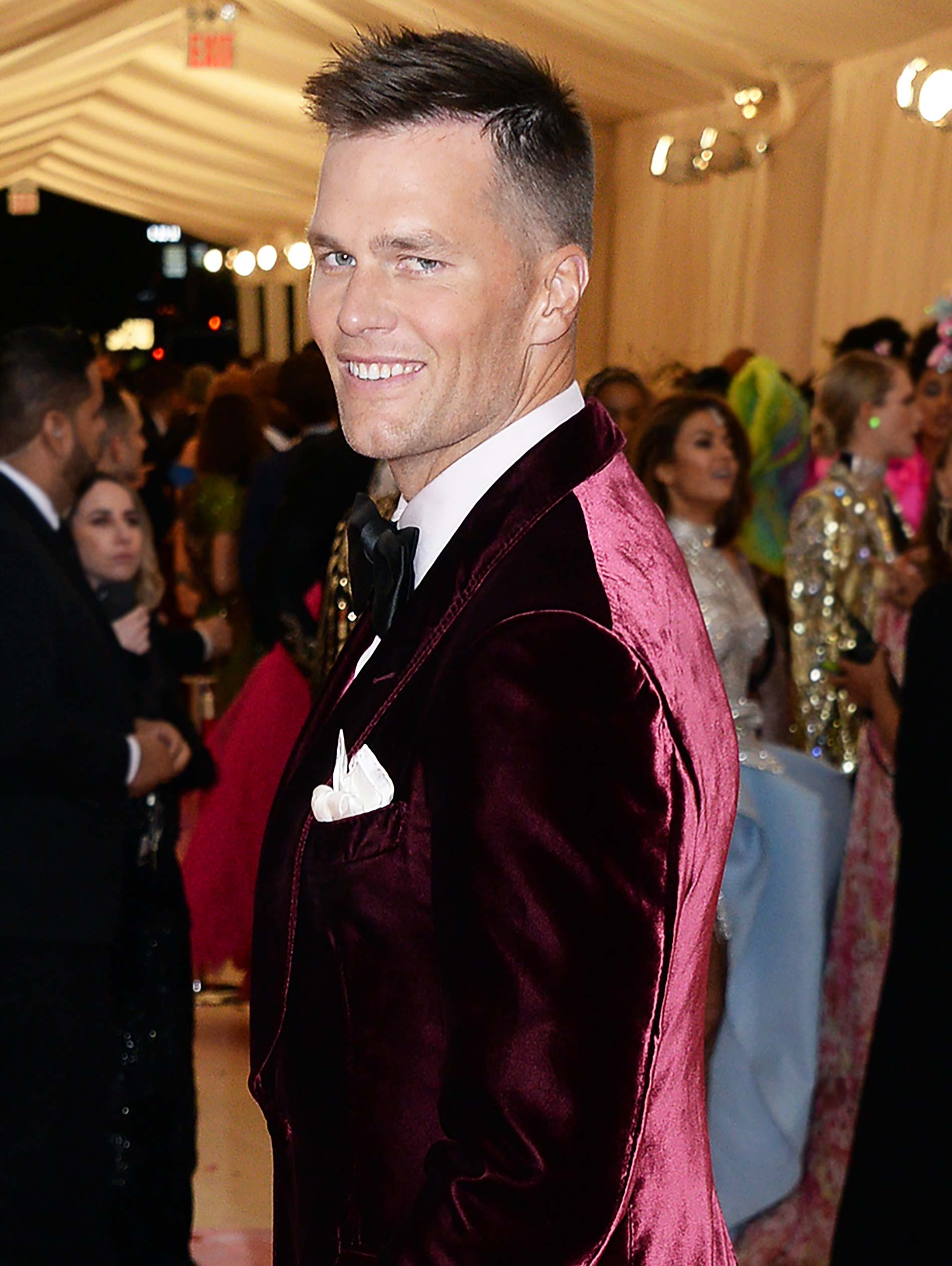 Tom Brady isn’t super impressed by the hairstyles he’s debuted over the years. The NFL superstar took to Twitter on Monday, August 3 — his 43rd birthday! — to share an illustrated graphic spotlighting some of his most memorable ‘dos of all time.

Tom Brady and Gisele Bundchen: A Timeline of Their Relationship

It’s unclear who created the detailed illustration, but it’s evident that whoever did so is a Brady expert. The graphic features six illustrations of the former New England Patriots player’s side profile, showcasing his hairstyles through the ages of 23 to 43. 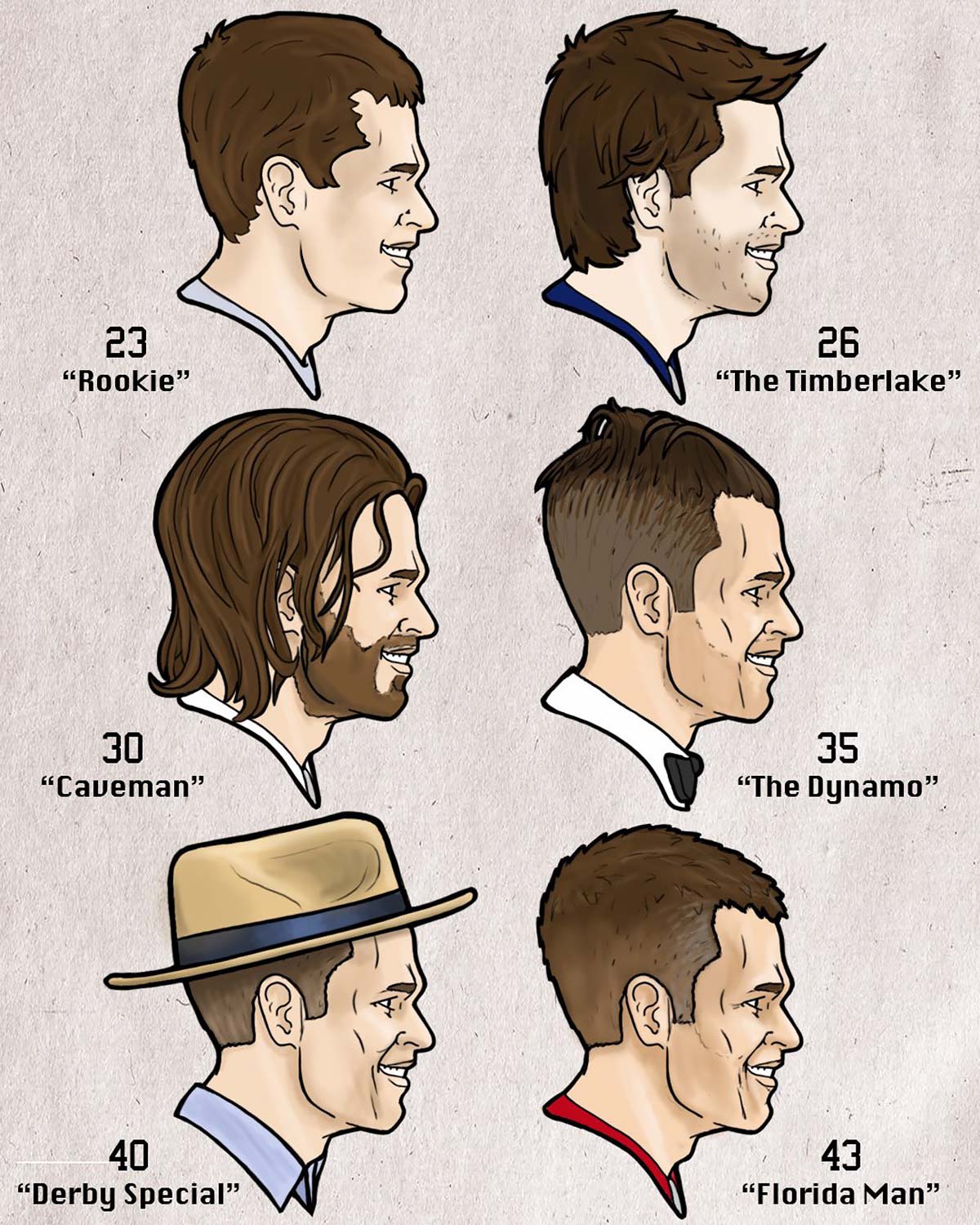 The artist even gave each hairstyle a creative name. For example, when Brady was 23, his do was obviously inspired by Justin Timberlake and and at 30, he rocked long locks reminiscent of a “Caveman.”

“Of all the haircuts throughout the years, my favorite one…is the next one!” he tweeted with the graphic. “Thank you all for the bday wishes!!”

Brady’s followers couldn’t help but weigh in on his hair evolution. “Bring back the caveman haha add a beard too it too bro,” one Twitter user wrote. Another tweeted, “You make the haircut, not vice versa, lol.” 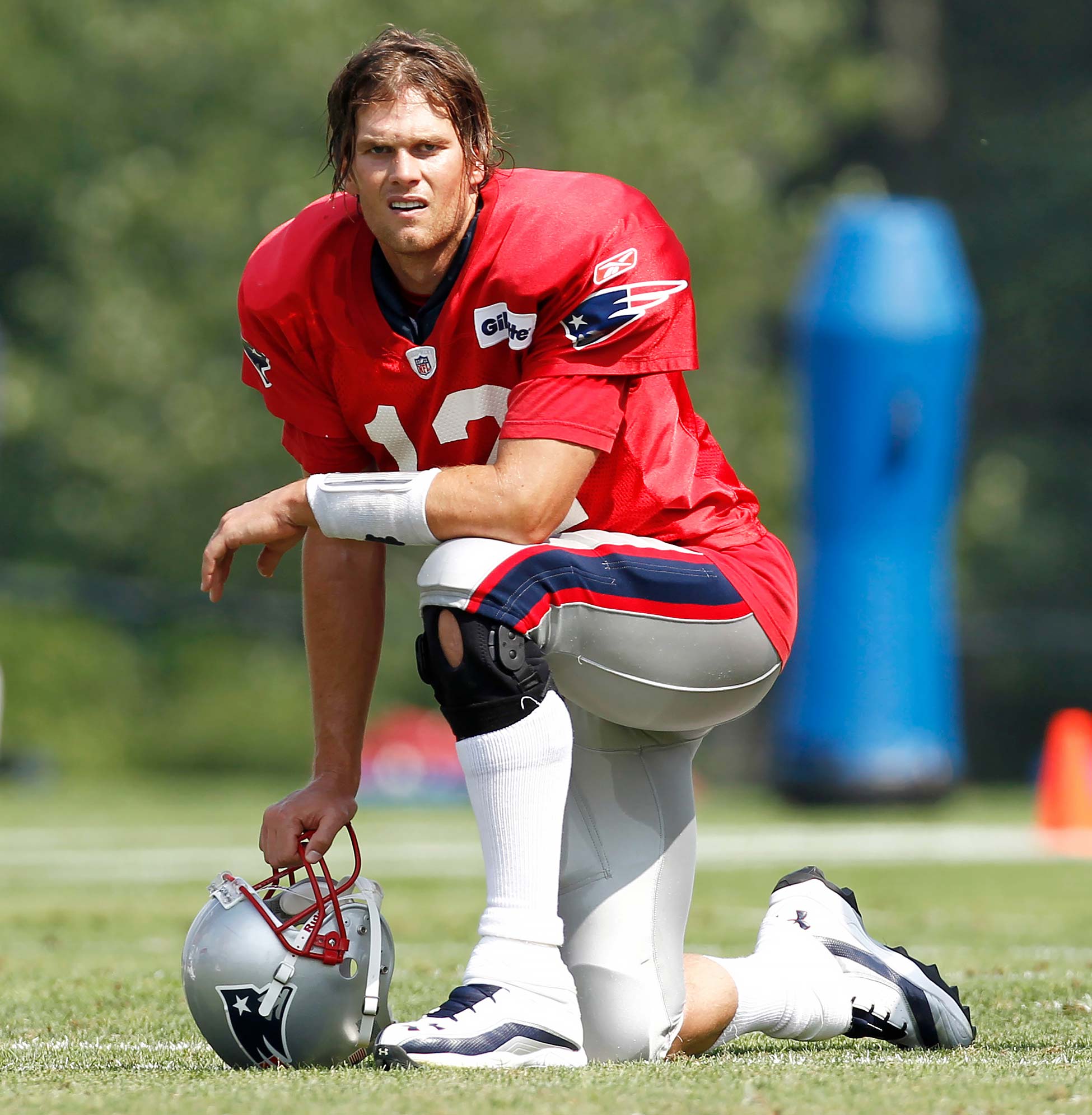 Many social media-goers were less interested in the hairstyles and more outspoken about his recent decision to join the Tampa Bay Buccaneers following his New England Patriots exit. The athlete took to social media to share the news with his fans on March 20.

“Excited, humble and hungry …if there is one thing I have learned about football, it’s that nobody cares what you did last year or the year before that…you earn the trust and respect of those around through your commitment every single day,” Brady wrote in the Instagram post announcing the news.

He continued, “I’m starting a new football journey and thankful for the @buccaneers for giving me an opportunity to do what I love to do. I look forward to meeting all my new teammates and coaches and proving to them that they can believe and trust in me…I have always believed that well done is better than well said, so I’m not gonna say much more – I’m just gonna get to work!”