BEFORE getting something permanently inked on your body, it’s a good idea to ask your friends what they think of the design – this woman clearly didn’t take this step, and now she’s left with a tattoo that looks very rude.

A tattoo of a lady’s torso adorned with flowers went terribly wrong, as everyone agrees part of the inking looks nothing like a floral arrangement. 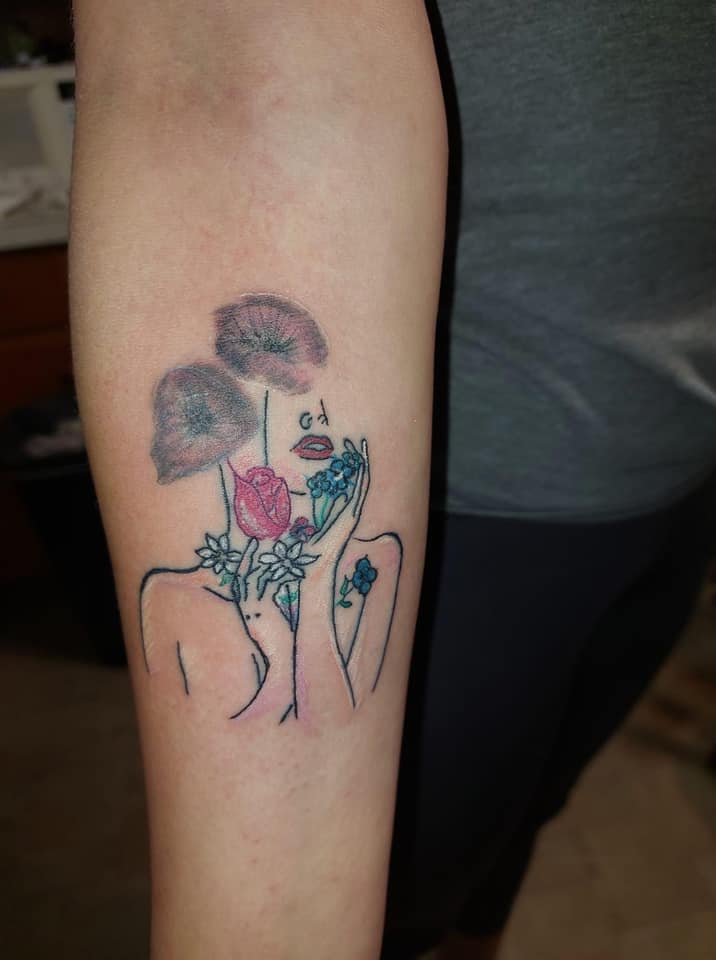 The photo was posted in Facebook group That's It, I'm inkshaming. (Actually Bad Tattoos) and was met with shock and horror.

The person who posted the tattoo pic pointed out the obvious, asking the question: “Is that 2 booty holes?”

Commenters were in disbelief at the disastrous ink, and everyone had to admit they had the same rude interpretation of the tattoo.

“Those are buttholes ma’am”, one commenter wrote, while another added: “Definitely buttholes and definitely on purpose!”

Many shocked commenters had questions about the inking, including: “Why are there butt holes on my timeline?”, “Why she got a booty hole as a face?”, and  “I really need to know why??!!”

One advised the tattoo artist: “Don’t attempt realism if you can’t do it.”

“Can’t unsee it”, one commenter wrote, while another added: “The idea is cute..too bad it sucks.”

“What is it supposed to be ???”, asked one genuinely confused Facebook user.

Others even thought the rest of the tattoo was terrible.

For more bad tattoos, check out these terrible tattoos that are bound to come with a lifetime of regret, including an onion armpit and pervy quote.

Plus this tattooist showed off a huge horse inking on customer’s leg – but everyone’s saying the same thing.

Meanwhile, this woman says she's constantly trolled for her tattoos, they’re all over her body and she has 9 on her face – but there’s only one she regrets.