EVERYONE loves the idea of hassle-free cooking and cleaning, but what's considered convenient for some might equate to laziness for others.

One woman took to Facebook to rave about slow cooker liners, saying they're 'the best £1 she's ever spent', and while some might agree, many others reckon she's lazy for not wanting to clean up. 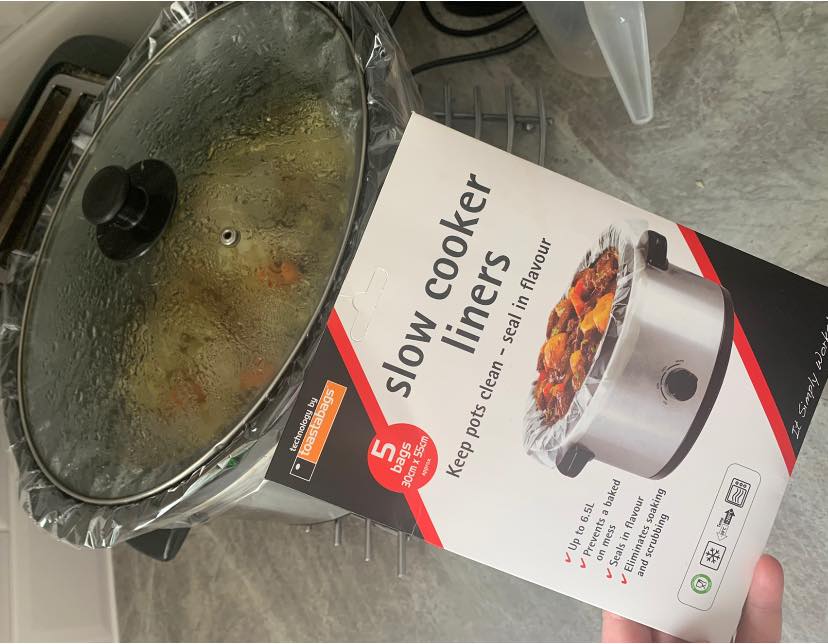 The liners in question are plastic bags that you put into your slow cooker before adding the food – and throw it away once you're done.

Some consider them extremely convenient because it means you save on washing up, and they can be picked up for dirt cheap too.

Alongside a snap of her slow cooker method, the home cook wrote: "The best £1 I have ever spent (lazy I know). I found these in Sainsbury’s but apparently you can get them even cheaper in home bargains."

Her post has since racked up over a thousand likes and hundreds of comments from people conflicted by the idea. 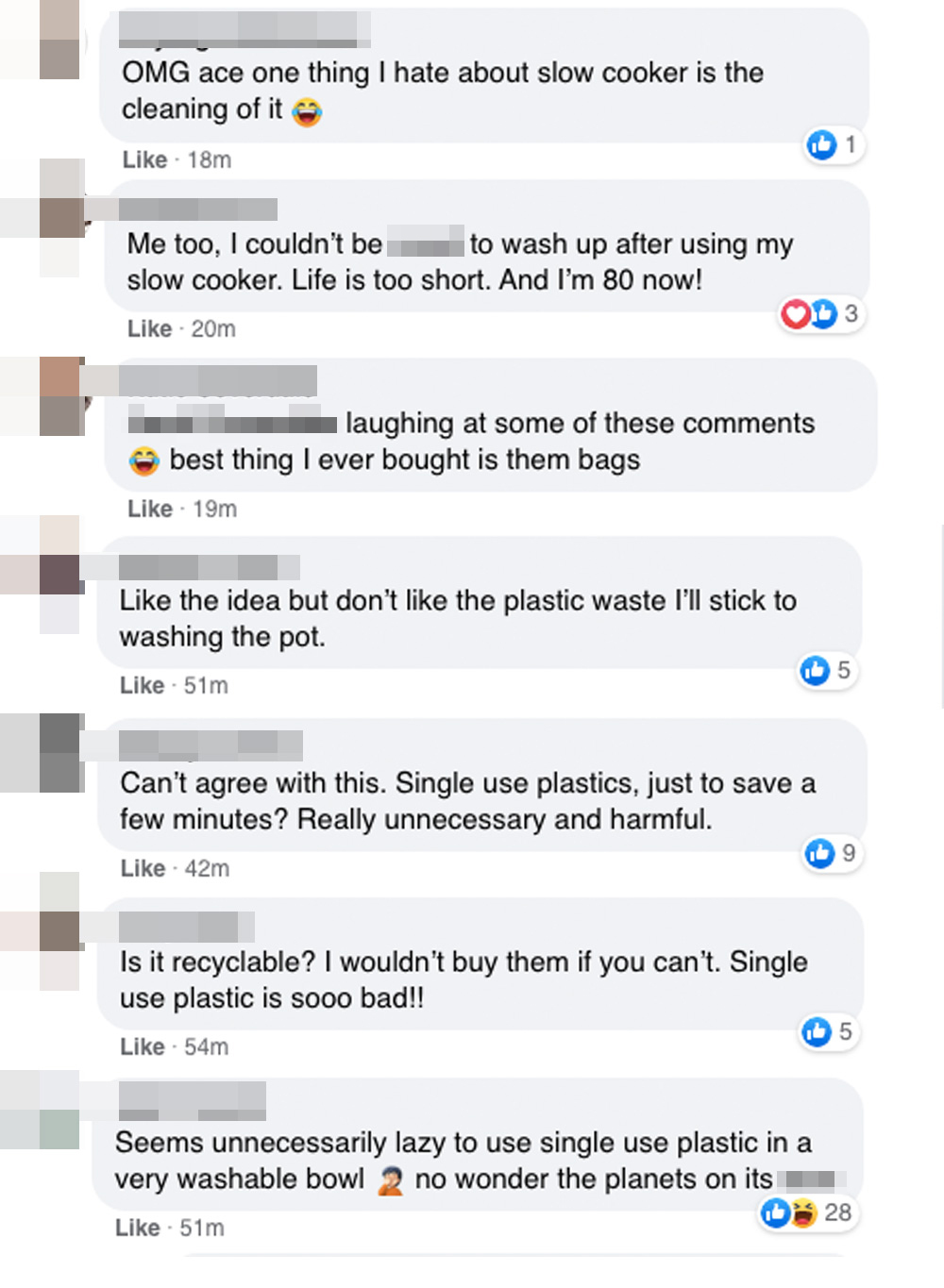 Many slammed the woman insisting the few minutes you save on washing up isn't worth the harmful effects the plastic has on the environment, and urge her to just clean the pot instead.

"Can’t agree with this. Single use plastics, just to save a few minutes?" one woman wrote, "Really unnecessary and harmful."

And another added: "I'd rather clean mine than it a) cooking in plastic b) do my bit for the environment."

Others dubbed the move lazy, with one saying: "Its lazy. No argument."

With anther adding: "God damn lazy if you use these."

And a fourth chiming in saying: "I've lost faith in the human race."

One woman even commented sharing how her sister-in-law gave her some but said she "couldn't bring herself to use them."

She said: "Just don't fancy my dinner out of a plastic bag that's been cooked all day leaching out goodness know what chemicals into my dinner!

"I don't find the slow cooker hard to clean anyway, I just soak it overnight and next morning there's nothing to clean really."

But it wasn't all bad news as many home cooks LOVED the idea, and vowed to snap some up if it means no more washing up. 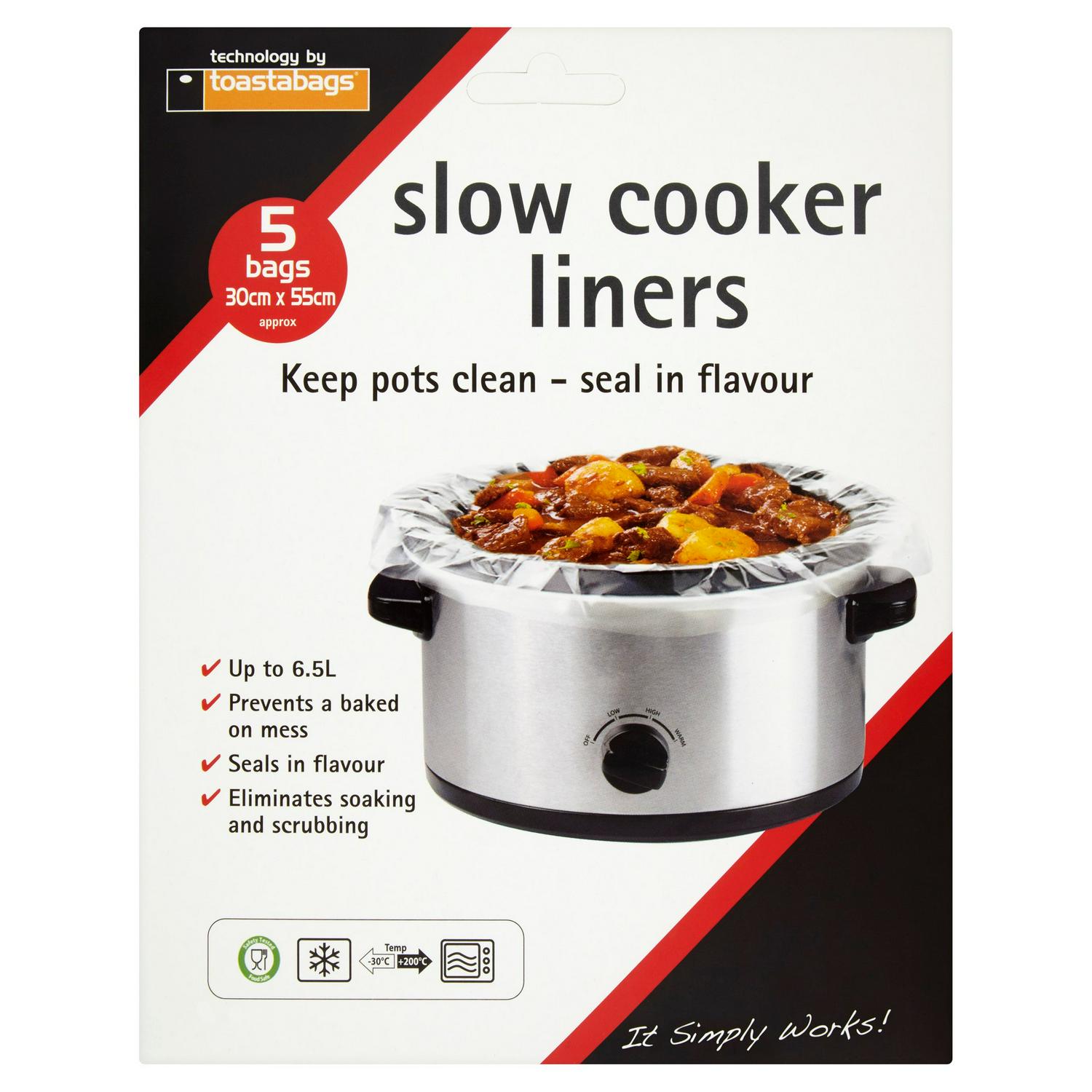 "It’s not lazy if it saves u time cleaning and less detergent," one person wrote, "I’m going to look out for these."

And another added: "We’ve been using these for a while. Total game changer. I can never get our slow cooker clean after using it. It weighs a tonne and is too big for the sink."

A third gushed: "These are the best things ever."

"I wouldn't be without them – they are great," added another

Meanwhile, one woman hit back: "Nothing lazy about making your life easier, I use them too lol"

To be in with a chance of winning £500,vote for your faves before 11.59pm on Sunday September 20 to and help us decide the shortlist.

And a woman bags massive Tesco grocery haul for just £11.92 thanks to yellow stickers, then gets slammed for being ‘greedy’.

Plus an expert claims this is what a kids’ lunchbox should look like, so how does yours shape up?