TUMBLE dryers may be a god send when it comes to laundry, but there's no denying that they can pose as a huge fire risk too.

Home owners who have one are often urged to take precautions as tumble dryers are commonly to blame for house fires starting and it's often due to the amount of lint that builds up in the filter. 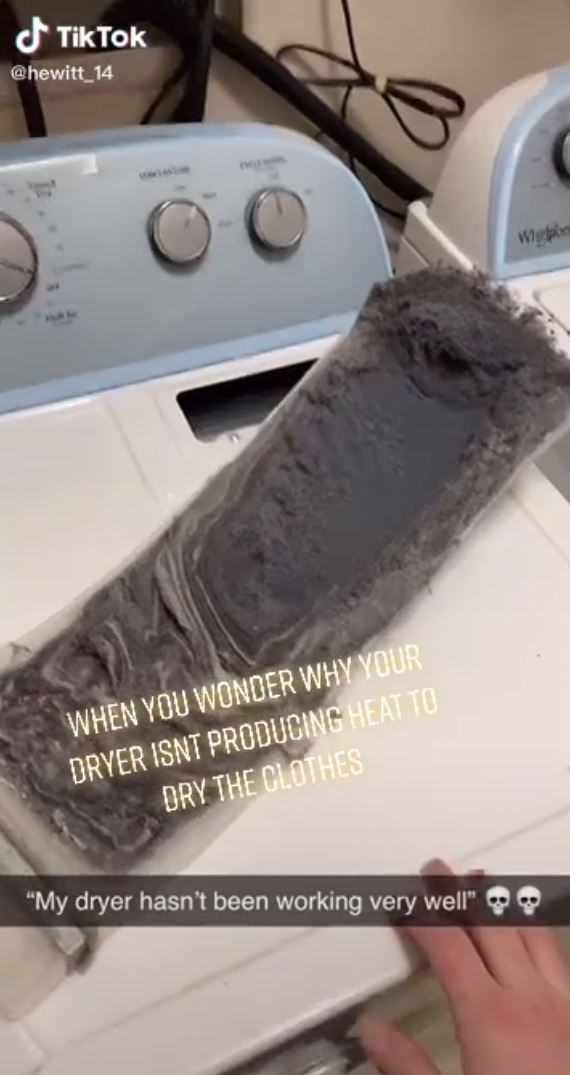 More often than not, fires that have been started by tumble dryers catching a light – the fluff that accumulates in the filter can end up blocking vents within the dryer and as it heats up, it can catch fire.

So, you can imagine people's horror when they came across a video on TikTok of one woman revealing the HUGE pile of lint that came from her tumble dryer.

Peeling off a thick layer of lint from the filter, they joked: "When you wonder why your dryer isn't producing heat to heat the clothes."

Often the risk of fire can be prevented by cleaning the filters regularly. 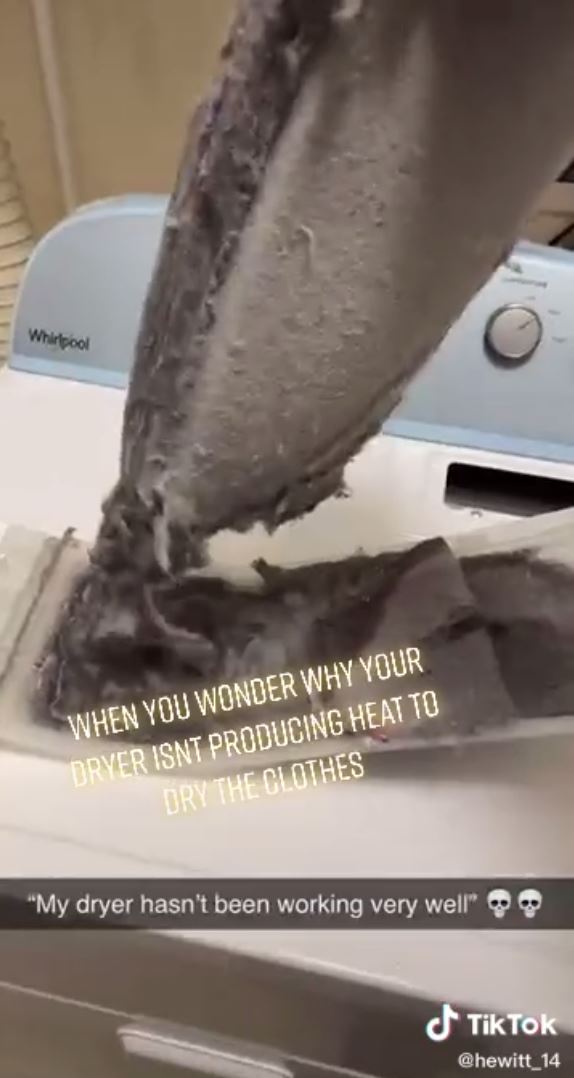 Viewers were horrified as they questioned how the woman had let their filter get so clogged up over time.

"I'm trying to figure out how anyone could let it get that bad. I clean mine every time I use it because of a high fear of fire," one person posted.

They weren't the only one who warned that such a build-up could lead to a fire, with another commenting: "Say thanks to God you didn't burn the house down!" 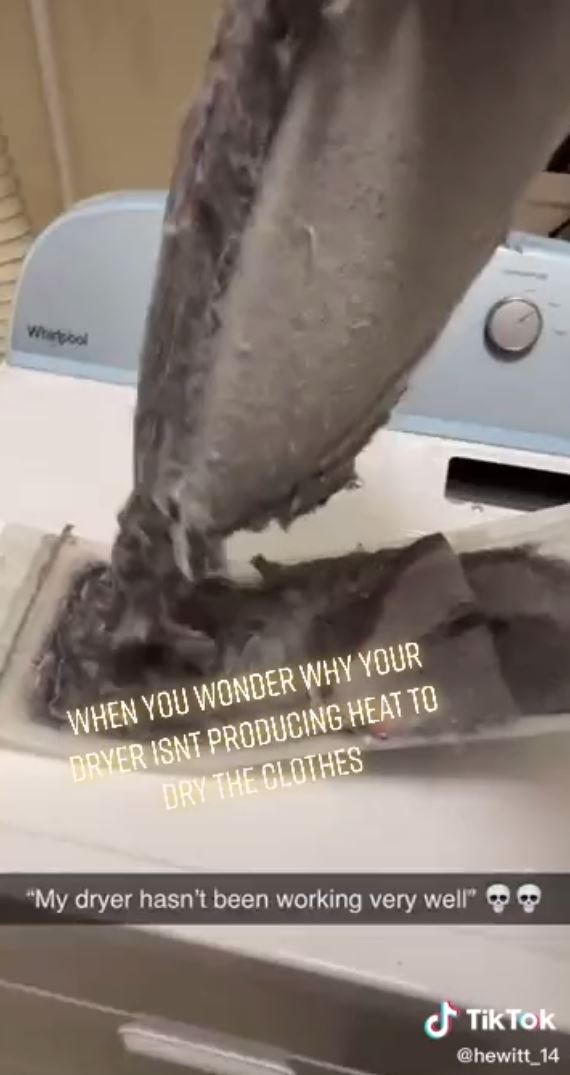 "Lucky it didn't catch on fire. Were you [not] aware you had to clean it out every load? Lol," one more added.

One viewer insisted regularly removing the lint was common practice, as they posted: "Ugh your [mum] didn't tell you about this?! We did laundry as a child."

Another added: "Holy s***! I clean mine every time I switch laundry. Yuck!"

"That's disgusting," one viewer agreed. "You never let it get that bad."

Here's hoping the lesson has been learned.

Meanwhile, one woman reveals genius cling film hack that will leave your shower hose free from grime and dust.

Plus, one cleaning fan was left feeling queasy after strip-washing old bathroom towels and left with a bathtub full of dirty brown water.

And a professional cleaner reveals why you should never use bleach to clean your bathroom and opt for washing up liquid instead.