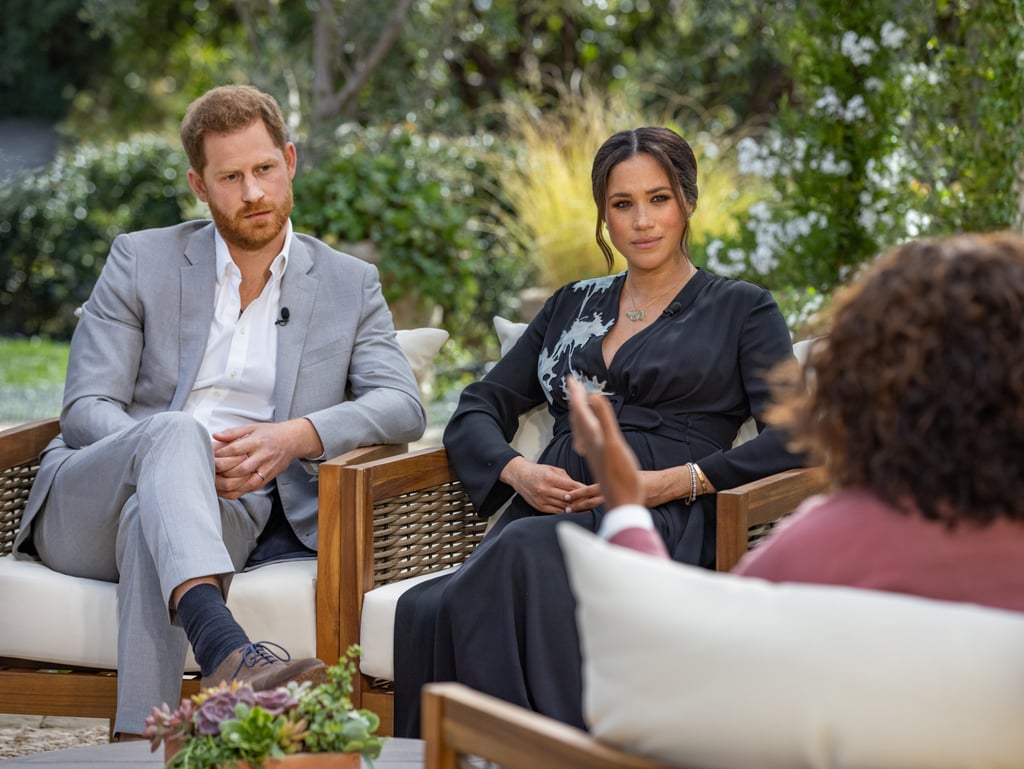 Meghan Markle and Prince Harry are finally getting the opportunity to speak their truth. On Sunday, the couple — who are currently expecting their second child — sat down with Oprah Winfrey for their first joint interview since their royal exit. Based on the few teasers we had already gotten, we knew the tell-all would be explosive, but Meghan and Harry truly held nothing back. Given the insane amount of scrutiny and blatant racism Meghan has faced since she first got together with Harry in 2016, this moment was long overdue. It was incredibly refreshing to hear Meghan and Harry’s side of the story, and our only hope is that the palace and the British press were actually listening.

The Duke and Duchess of Sussex confirmed in February that they would not be returning as senior members of the British royal family following their 12-month trial period. As a result, Queen Elizabeth II stripped them of their honorary military appointments and royal patronages; however, they still hold their titles (at least for now, anyway). Since then, the tabloids have remained hellbent on tarnishing Meghan’s name, most recently with bullying allegations from a former advisor. But if we learned anything from Harry and Meghan’s interview, it’s that the palace and the British press just don’t know how to handle a woman who’s independent, speaks her mind, and isn’t afraid to challenge the status quo.

Check out the biggest revelations from Meghan and Harry’s tell-all ahead.