Home » Celebrities » 15 top financial public relations experts CEOs are scrambling to hire, with shareholder activism and bankruptcies on the rise

15 top financial public relations experts CEOs are scrambling to hire, with shareholder activism and bankruptcies on the rise

Financial communications has thrived in the pandemic as companies scramble for help fending off shareholder activists, dealing with mergers and acquisitions, and creating SPACs, or special purpose acquisition companies.

Business Insider identified some of the top financial communications pros through a combination of original reporting, nominations, and publicly available information.

They come from established firms and startup agencies and range from bankruptcy specialists like FTI Consulting's Rachel Chesley, who has handled 22 Chapter 11 cases so far in 2020, to Joele Frank, who is known for helping firms fend off hostile takeovers.

They also include newcomers like Jessica Schaefer, who carved out a niche connecting financial services companies with influencers.

We chose people based on assignments they've handled, the caliber of their clients, revenue growth, and other factors.

Read on to see the full list, sorted alphabetically by last name. 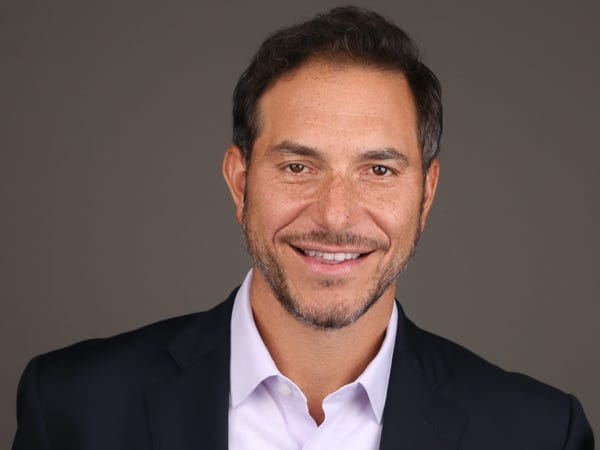 Paul Caminiti founded the 15-person firm in 2018 with other Sard Verbinnen vets with a focus on public affairs and financial communications.

This past year, Caminiti has counseled prominent financial firms and corporations like Trian Partners and Chesapeake Energy, which resulted in several millions of dollars of revenue for the firm. 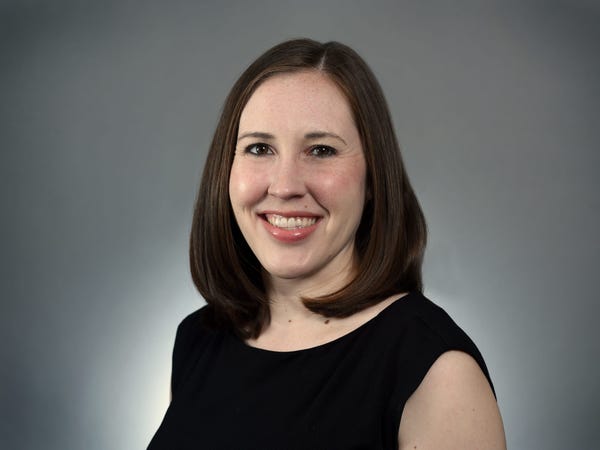 Restructurings are up this year as the coronavirus pandemic stalls the economy, making Rachel Chesley a go-to for corporations trying to spin these maneuvers.

For example, Chesley led PR strategy for LATAM Airlines' Chapter 11 filing, GNC's bankruptcy as it sold itself to Harbin Pharmaceutical and closed up to 1,200 stores, and news publisher McClatchy's highly publicized restructuring. 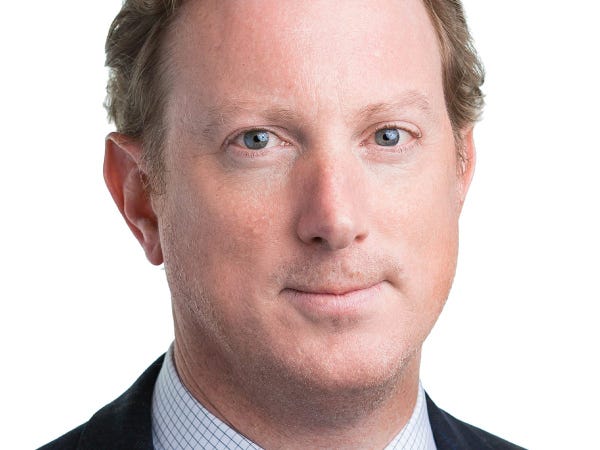 Andrew Cole, who has been with the company since 1998, became co-president in 2016, and has helped it push nto analytics, corporate governance, digital, and government relations, which led to the firm's highest revenue ever last year with more than 600 clients.

In terms of client work, Cole has handled high-profile transactions in recent years like Takeda Pharmaceuticals' $62 billion acquisition of Shire and the Japanese pharmaceutical company's becoming listed on the New York Stock Exchange.

Healthcare work has been a bright spot in the pandemic; Cole handled Moderna's IPO and is helping get the word out about its vaccine candidate.

Cole also worked with Providence Equity Partners on its long-term corporate positions and transaction announcements and helped eBay when it dropped PayPal. 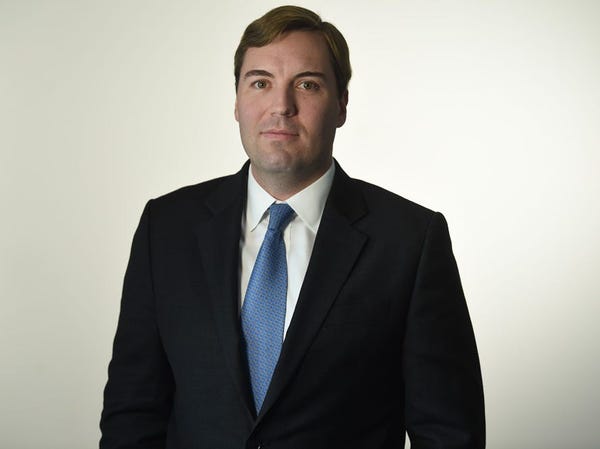 Brunswick Group recruited Jonathan Doorley to revamp its mergers and acquisitions unit, filling in a void created when senior executives exited the agency.

With Doorley's help, Brunswick Group has regained some of its momentum. He advised 7-Eleven on its $21 billion acquisition of Speedway, LVMH on its $16 billion bid for Tiffany, and Xerox on its hostile bid for HP.

"[Doorley's] a young guy who has quickly ascended to the top of arguably the two most high-profile and powerful financial PR firms in the world," said a former colleague. "If that happens once, people can chalk it up to luck. But when it happens twice, you know it's based on real substance and talent." 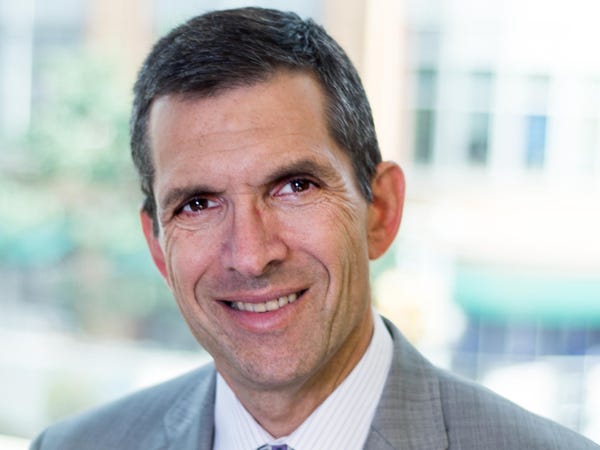 Under Dukas, Dukas Linden grew its revenue 17% in 2019 to $6.32 billion, and despite the pandemic, the agency projects fourth-quarter billings will top the year-ago period.

Highlights this year included supporting Cathie Wood as the CEO of Ark Investment Management made the case for Tesla being a bull stock. Dukas Linden used its media chops to help Wood get coverage on CNBC, The Wall Street Journal, and more. During that time, Tesla went on a bull run that saw its stock increase 400%.

Dukas Linden has a dedicated broadcast group, which secures an average of 500 segments per year. Other clients include Raymond Jones, Neuberger Berman, and MetLife Investment Manager. 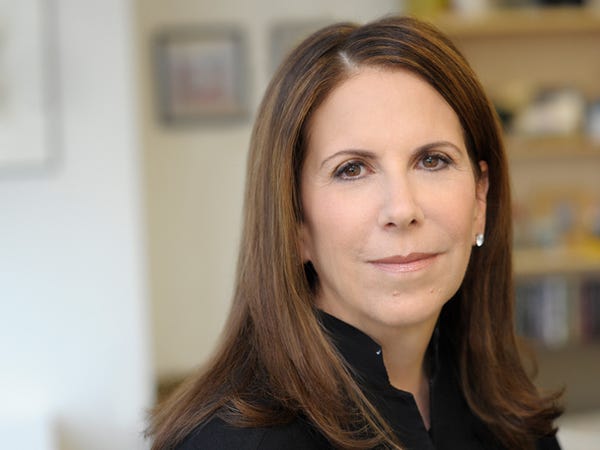 Joele Frank has claimed a significant portion of the mergers and acquisitions and shareholder activism defense part of PR.

Frank and her colleagues have defended companies against hostile takeovers by Carl Icahn more than 30 times, Starboard more than 40 times, and Pershing Square at least 10 times. She personally has been involved in more than 1,000 engagements, which also include crisis and litigation support.

In M&A, she's represented Teva Pharmaceuticals in its offer to acquire Mylan and its acquisition of Allergan Generics and Time Warner in its defense against 21st Century Fox. In 2020, she defended HP Inc. against Xerox's $34 billion unsolicited proposal and GrubHub's $7.3 billion acquisition of Just East Takeaway.com.

Frank also has a restructuring and bankruptcy practice and her firm claims to do investor and PR work for more than 40% of its clients. 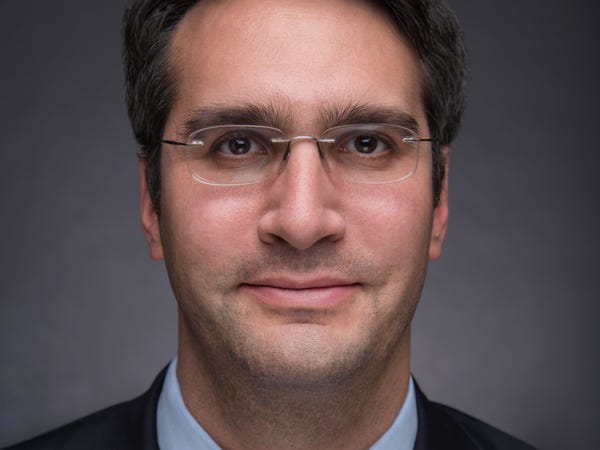 Jonathan Gasthalter built Sard Verbinnen & Co.'s hedge fund practice, with clients like the $12 billion SAC Capital Advisors, and a reputation as an "iron-fisted gatekeeper," according to Institutional Investor.

After Sard Verbinnen sold a 40% stake to Golden Gate Capital, Gasthalter bucked against a noncompete clause and left to found his own agency, taking 25 of his clients and three Sard Verbinnen employees. Today, Gasthalter & Co. has 14 employees in New York and Chicago.

Bloomberg named Gasthalter & Co. one of the top PR advisers for activist investors in its annual review of activism advisers. Gasthalter & Co. worked on 24 engagements for the first half of 2020.

Gasthalter is well-known as a spokesperson for billionaires SAC Capital Advisors owner Steve Cohen, who has been trying to buy the New York Mets; and Jim Pallotta, who used to own a stake in the Boston Celtics.

Gasthalter's portfolio goes beyond activism. It helped Pivotal Investment Corp. when it merged with XL Fleet; and online casino company Rush Street Interactive in its merger with dMY technology group. 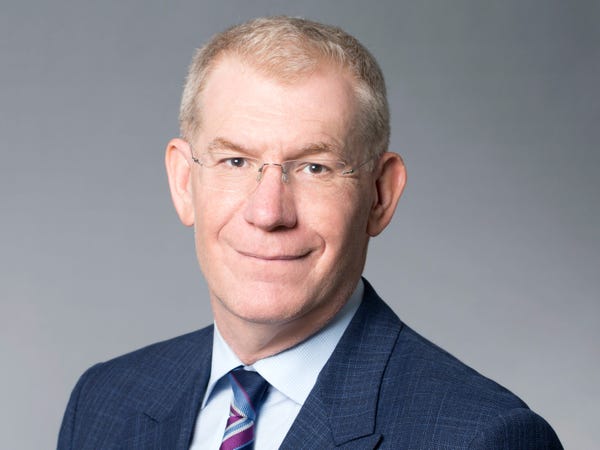 Lipin, a former finance editor at The Wall Street Journal, has also defended the likes of Heinz and eBay against investor campaigns. 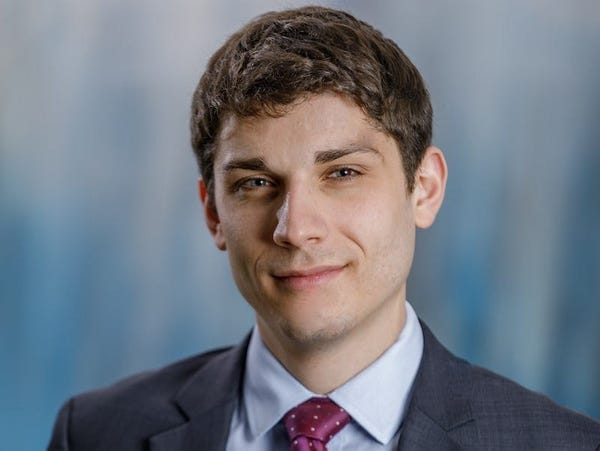 He's counseled a bondholder group handling debt restructuring for Puerto Rico, Leon Cooperman's Omega Advisors during the Sears bankruptcy, and shareholders of Marathon Petroleum in their campaign to push out the energy company's CEO and chairman.

This year, Profile has doubled its number of investor-side activism assignments to 16. It projects it will grow its number of bankruptcies and lawsuits by 50% this year. 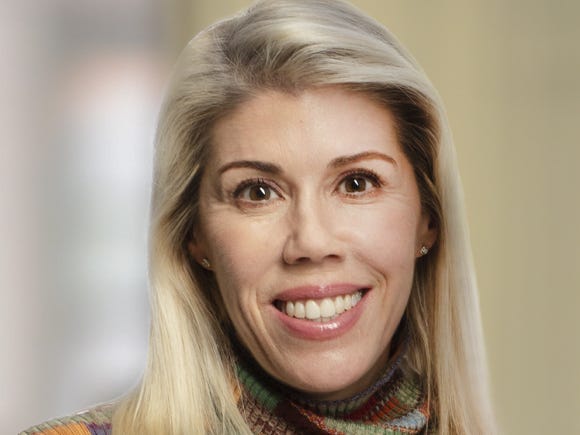 In the years after the 2008 financial crisis, financial services companies have tried to win back the public trust that was damaged by practices like excessive compensation.

Jennifer Prosek built a business telling banks like Goldman Sachs they should advocate for themselves more, an approach that helped Prosek Partners vault to the forefront of financial communications and grow revenue on average 16% for the past three years.

Prosek has handled her share of crises as well. She advised Bridgewater Associates when the hedge fund settled a pay dispute with former co-CEO Eileen Murray. She also helped Steve Schwartzman, CEO of The Blackstone Group, on his book launch last year.

In recent years, Prosek has done more business around transactions like mergers and acquisitions after hiring Teneo and Finsbury vet Andy Merrill as a partner in 2015. 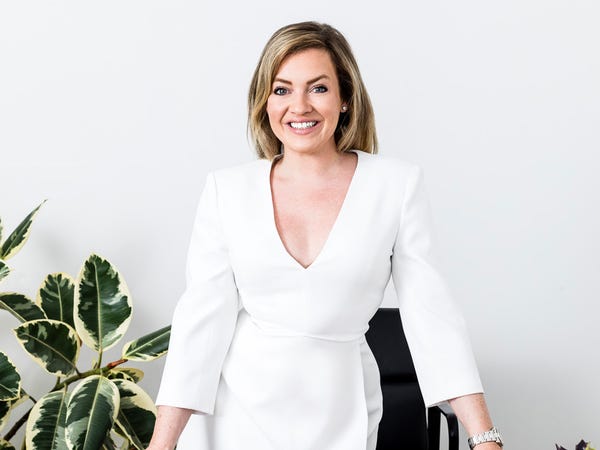 At Bevel, which she founded in 2017, Jessica Schaefer has carved out a niche helping finance and tech companies strike partnerships with celebrities and athletes.

For example, Schaefer helped fintech company Acorns promote a partnership with Dwayne "The Rock" Johnson, securing more than 125 articles and placements for Acorns on industry lists like WSJ's Top 25 Companies to Watch, Forbes' Fintech 50, and Fast Company's Most Innovative Companies. 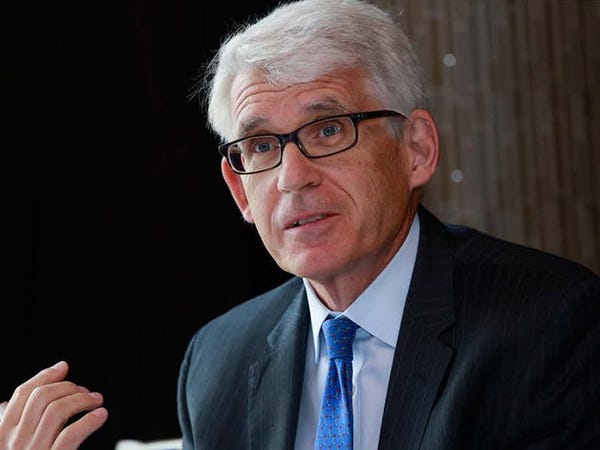 For 10 years, Alex Stanton has helped spin the media for clients including Bain Capital, FFL Partners, and other prominent private equity groups seeking help in areas like deal and fundraising announcements, reputation, and crisis.

In 2019, he worked on 50 mergers and acquisitions including Anthem's acquisition of Beacon Health and Great Hill Partners' acquisition of G/O Media, according to the Observer. So far this year he's worked on financial restructurings for eight companies.

Previously, Stanton was co-owner of Stanton Communications, which was sold to Shandwick and folded into Interpublic Group's Weber Shandwick. 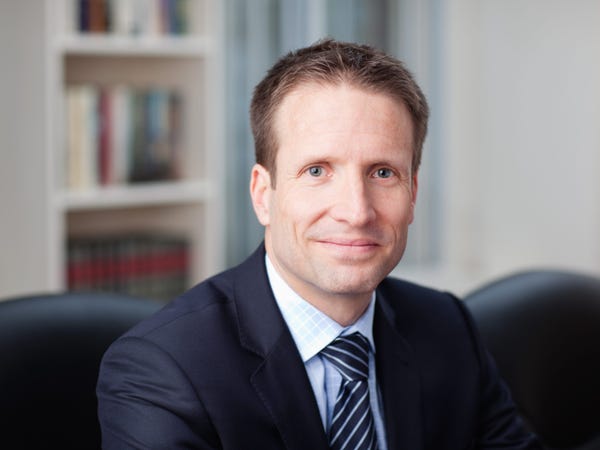 Under Suvanto, the unit worked on 66 mergers and acquisitions last year, which were collectively worth $82.7 billion in value, according to Mergermarket.

Suvanto helped Global Blue as the tourism shopping tax refund company sold itself to a special purpose acquisition company, advised Silver Lake through leadership changes and its investment strategy, and advised Applied Therapeutics after a fraudulent report circulated on social media and dragged down its stock price. 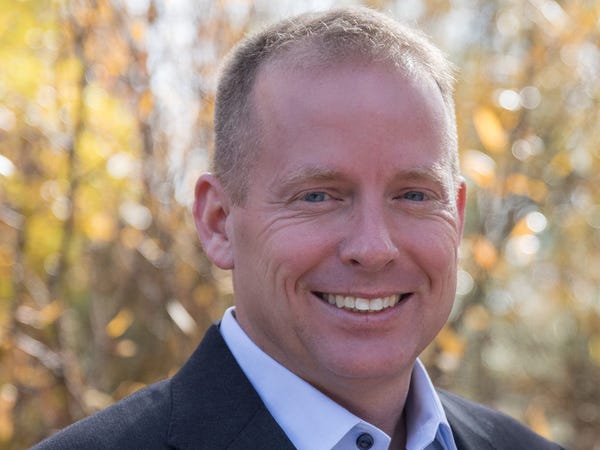 Since launching TrailRunner International in 2016, Jim Wilkinson has been the communications brains behind prominent IPOs like Dropbox, Spotify, and Levi's, growing revenue almost 50% so far this year.

Bain Capital has relied on Wilkinson since the early 2010s, and most recently using him as it moved to take Chinese data company ChinData public.

Previously, Wilkinson was head of communications at PepsiCo, head of international corporate affairs at Alibaba during its record-breaking IPO, and chief of staff to Treasury Secretary Hank Paulson during the financial crisis. The New York Times reported Wilkinson had a reputation as a "shrewd political adviser." 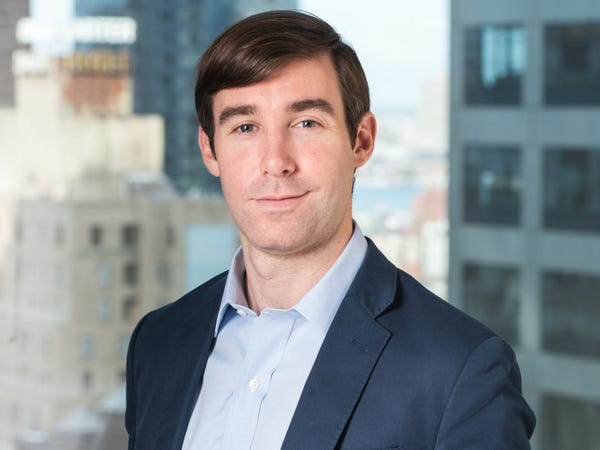 In the past three years, Dan Zacchei has more than doubled Sloane & Company's revenue for its special situations group, handling friendly and hostile mergers, shareholder activism campaigns, restructurings, and crises — and helping the firm get ranked first by Bloomberg in total market cap of the engagements it handled.

As the pandemic slashes stock prices and investors grow wary of leadership at their portfolio companies, Zacchei is helping nearly a dozen clients prepare for shareholder activism and hostile takeovers.

They include Cubic Corp, which is defending itself against a hostile bid from Elliott Management; and Cannae Holdings and Senator Investment Group in their hostile bid for CoreLogic. He's also helping Revlon with litigation and debt issues.

Zacchei has been advising CVS Health since its $69 billion merger with Aetna, and Puerto Rico in its restructuring.