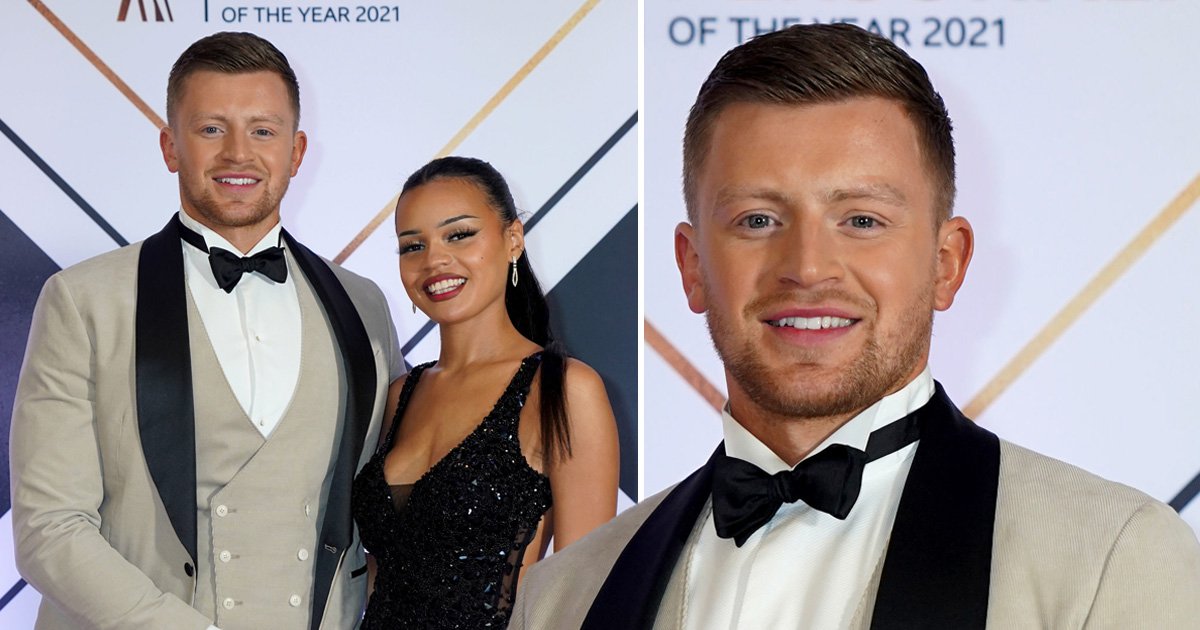 Adam Peaty’s split from girlfriend Eiri Munro wasn’t caused by the so-called Strictly Come Dancing ‘curse’, according to his brother.

The Olympian announced on Tuesday that his relationship with Eiri had come to an end after three years.

A reason for the split wasn’t given but Adam, 27, apologised for ‘letting [her] down’ as well as their two-year-old son George.

Their relationship fell under the spotlight when Adam competed on last year’s series of the BBC’s Strictly, where he was partnered up with professional dancer Katya Jones.

However, speculation mounted when viewers thought he appeared to lean in for a kiss with Katya at the end of their steamy Argentine Tango.

Adam later shut down the rumours and told his critics to ‘do better’.

His split from Eiri has come almost a year later and Adam’s brother James insists it’s not linked to his appearance on Strictly.

‘He was in it over a year ago. It has nothing to do with Strictly,’ the builder told the Mail Online.

The Strictly Come Dancing curse doesn’t simply refer to couples meeting and falling in love while competing on the show. The supposed curse, as it is known, refers to individuals taking part in Strictly who are already in relationships, who end up finding romance with fellow participants.

Announcing the news, Adam told his Instagram followers in a post: ‘Eiri and I have decided to go our separate ways.

‘We have enjoyed a wonderful three years together, 2 of those with our gorgeous son George. Our priority has always been to provide the happiest and healthiest home environment for him, and right now that means ending our romantic relationship.’

Praising his former partner, Adam stated: ‘I could not ask for a greater mother for George and I am so grateful to Eiri for her amazing support over the last three years.’

He added: ‘Eiri and George, I’m sorry for letting you down. My only interest is for the well-being of our family at this difficult time so I ask that our privacy is respected and I won’t be saying anything further.’

Eiri also commented on the split and said in her Instagram stories: ‘The last three years have been so, so amazing.

‘Our little family has experienced so much laughter and love and joy. You guys have been such a significant part of that!

‘This next chapter of my life is surely going to be an incredibly difficult one. I would appreciate that people would refrain from commenting, speculating or messaging.’

She continued: ‘I have shared so much of my life, but for now I’m choosing privacy and I hope that you will all respect that.

‘I love and appreciate you all so much and I’m so thankful for all the fun and opportunities you’ve given me.

‘I am going to be taking a break from social media, so goodbye for now. Thank you so much for everything.’

Adam and Eiri were last seen in public attending Wimbledon together in July, and looked lovey-dovey while posing for photos.

Metro.co.uk has reached out to Adam’s rep for comment.