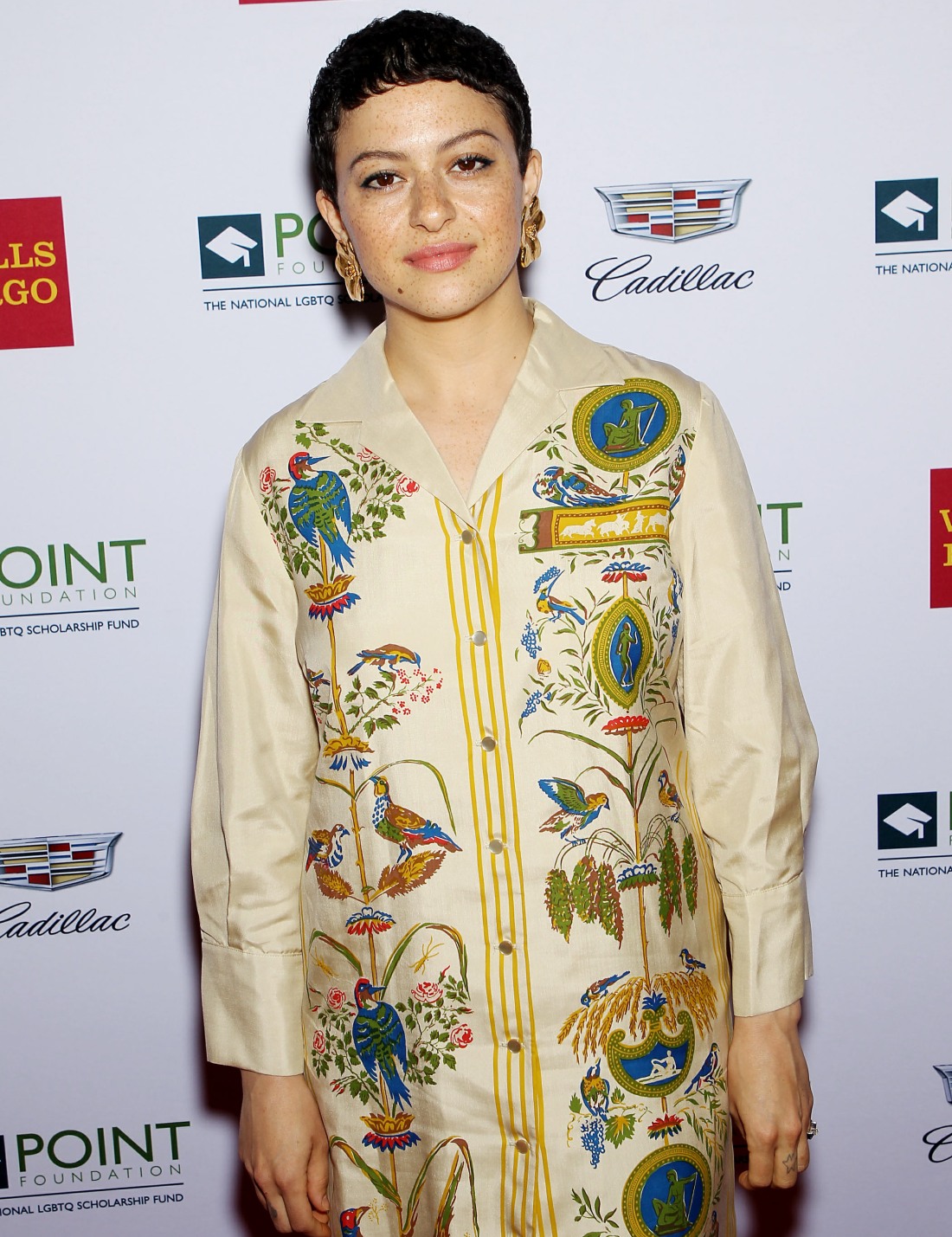 Alia Shawkat’s presence in the 2019 gossip cycle was one of the odder moments, actually. Out of nowhere, she kept going to events and concerts with Brad Pitt. The same Brad Pitt who had been officially single since the Neri Oxman debacle. The same Brad Pitt who was campaigning for an Oscar and using his first ex-wife for publicity. So it was curious that he kept showing up to places with Alia Shawkat, a (now) 31-year-old writer/actress who is 25 years his junior. We still don’t know what’s up with that, really, but Alia recently spoke to Vulture and she ended up chatting about all of the changes to her public profile in the past year. She’s promoting the third season of Search Party, that was the reason for this Vulture piece. But she spent the bulk of the piece trying to analyze what happened when she got close to the “Prom King” and she also talked about that video where she casually tosses out the n-word. Some highlights:

When she was trending on Twitter for going to a Thundercats concert with Brad Pitt: “I was like, I don’t believe this. All my friends were like ‘What’s going on?’ and sending me photos. I just felt overwhelmed. It’s that feeling of being naked in school, like, Oh my God, everyone’s looking at me.”

Her reaction to the n-word video: It was painful, especially for a queer woman of color (Shawkat is half-Iraqi) who has long thought of herself as a progressive ally, speaking openly about Palestine, attending Black Lives Matter protests, and, recently, calling for the defunding of the police. “I didn’t remember saying it. I was like, ‘That’s impossible. What the f–k are they talking about?’”

Too much attention: “I was like, ‘Oh God, to the public I’m a racist who’s living with Brad Pitt.’ The last 48 hours have been me trying to reground myself spiritually. And being like, ‘What is this about? Who are you to yourself, to your people and your community?’”

She’s tried to analyze her state of mind in the n-word video: “In my mind, I wasn’t like, What the f–k did I just say? Take that back, I’m sorry, never should have said that. Instead, I just carried it on like a joke and didn’t think about it afterward. That was more upsetting, in a way, than saying the word. Was I using this because the idea of Black culture seems cool? And I was just like, ‘Well, that’s just part of it!’ It’s not intellectually understanding that the words you use are really powerful. I think that’s a lot of what this reckoning is for all of us who are not Black.” She’s interrogating “what it means to be mixed race and what kinds of circles of privilege I’ve had access to because of that. I think I’ve learned more about it in these last two weeks than I have in my whole life.”

“You get too close to the prom king, and all of a sudden, everyone’s like, ‘Well, who is this bitch?’” She’s 100% accurate there. People absolutely could not fathom how Brad Pitt was “probably dating” some young actress who doesn’t look like a Victoria’s Secret model. That being said, I still don’t know if I buy that *nothing* has happened? Like, is Alia his only friend? Because they definitely seem to hang out a lot. Or is Brad the sad-sack divorced dad and Alia is his cool young friend who invites him places and tries to get him out of the house? I still don’t know. As for the n-word video… it is what it is, and I’m also disturbed by the fact that Alia has no memory of it. 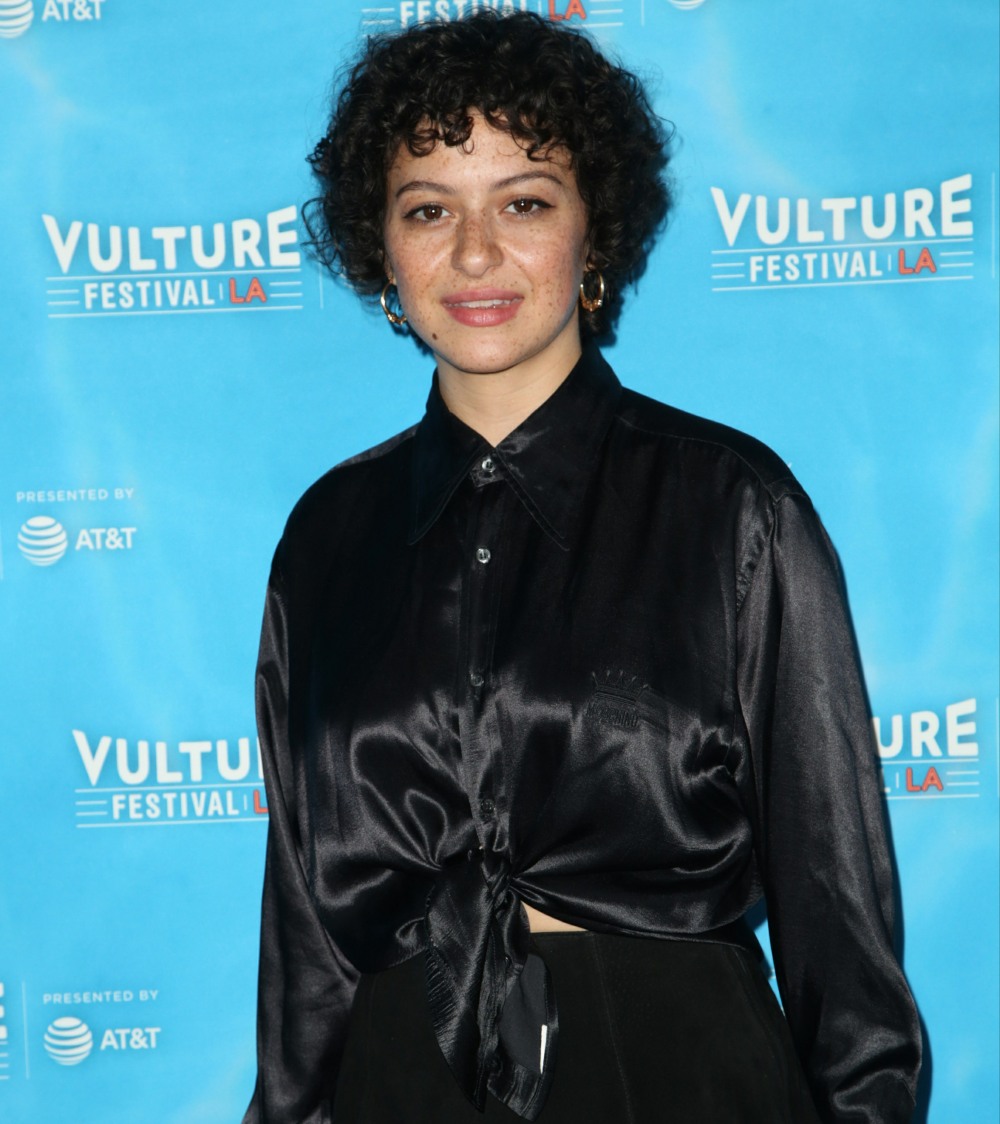