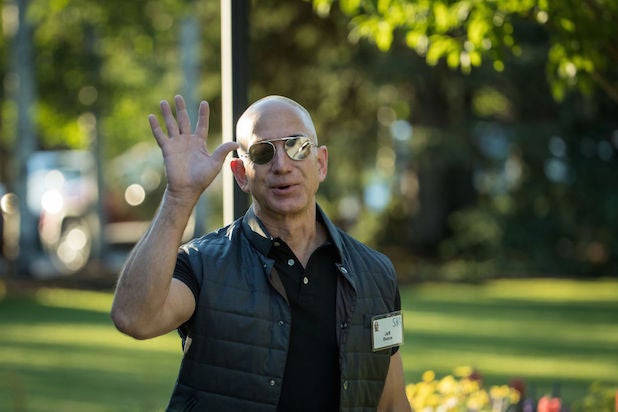 File under “the rich get richer”: Amazon CEO Jeff Bezos — who already holds the title of the world’s richest person — is on track to become the world’s first trillionaire, according to a months-old report that’s suddenly earned Bezos newfound scorn on Twitter.

Interestingly, Comparisun’s estimation came out months earlier, before Amazon’s stock, of which Bezos owns about 11% of all shares, rallied during the coronavirus pandemic. But it’s suddenly picked up steam in recent days, as several outlets have reported on the eye-catching number.

And as expected, this has led to some blowback on Twitter.

Amazon has said it hired more than 100,000 new workers since March to help the company weather the surge in purchases its seen during the coronavirus outbreak. And the company’s stock price has spiked about 40% since mid-March. Amazon has also come under fire this week after one vice president resigned over the company’s treatment of its warehouse workers.

Last month, Bezos said he’d be donating $100 million to U.S. food banks to help with the fallout of COVID-19.

Comparisun’s report projects several other uber-wealthy tycoons could become trillionaires in the semi-near future, including Alibaba co-founder Jack Ma. The firm projects Facebook chief Mark Zuckerberg could become the youngest trillionaire ever at the age of 51 in 2036.

It’s probably worth pointing out that there are currently only three companies worth more than $1 trillion: Apple, Amazon and Microsoft. Alphabet, the parent company of Google, is nearing the trillion-dollar mark. And if you’re wondering who the world’s first billionaire was, that was John D. Rockefeller, founder of Standard Oil, in 1916.