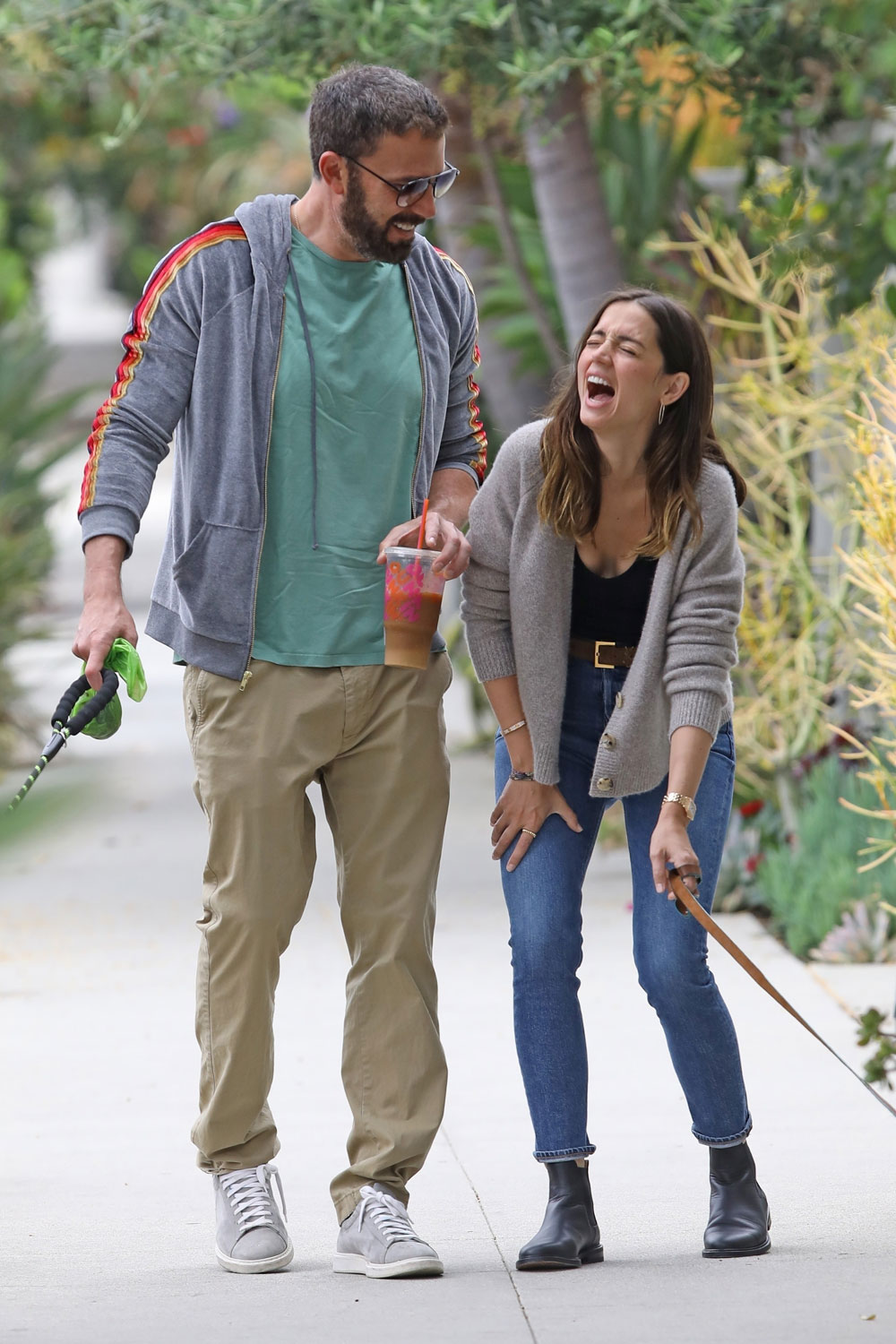 During our Zoom meeting last night, so many of us said that we used to like Ana de Armas and found her mesmerizing in Knives Out, but that we’ve soured on her after her antics with Ben Affleck. Ben did absolutely nothing for his previous partners and girlfriends’ careers, so it’s curious that Ana is doing this. Does she think she’s different somehow? She got on my sh-t list when she hugged up on her friends without masks, in view of several paparazzi. Plus she had a lifesize cutout made of herself and put it on Ben’s lawn. The woman is thirsty, and Ben is a narcissist, so they’re deliriously happy and stuck on each other, for now.

Check out these new photos of them playing it up. Ana so amused by whatever Ben is saying she’s literally slapping her knee. I had to blow up the photo of Ana’s sweet dog’s “save me” face. This is where I got the idea. 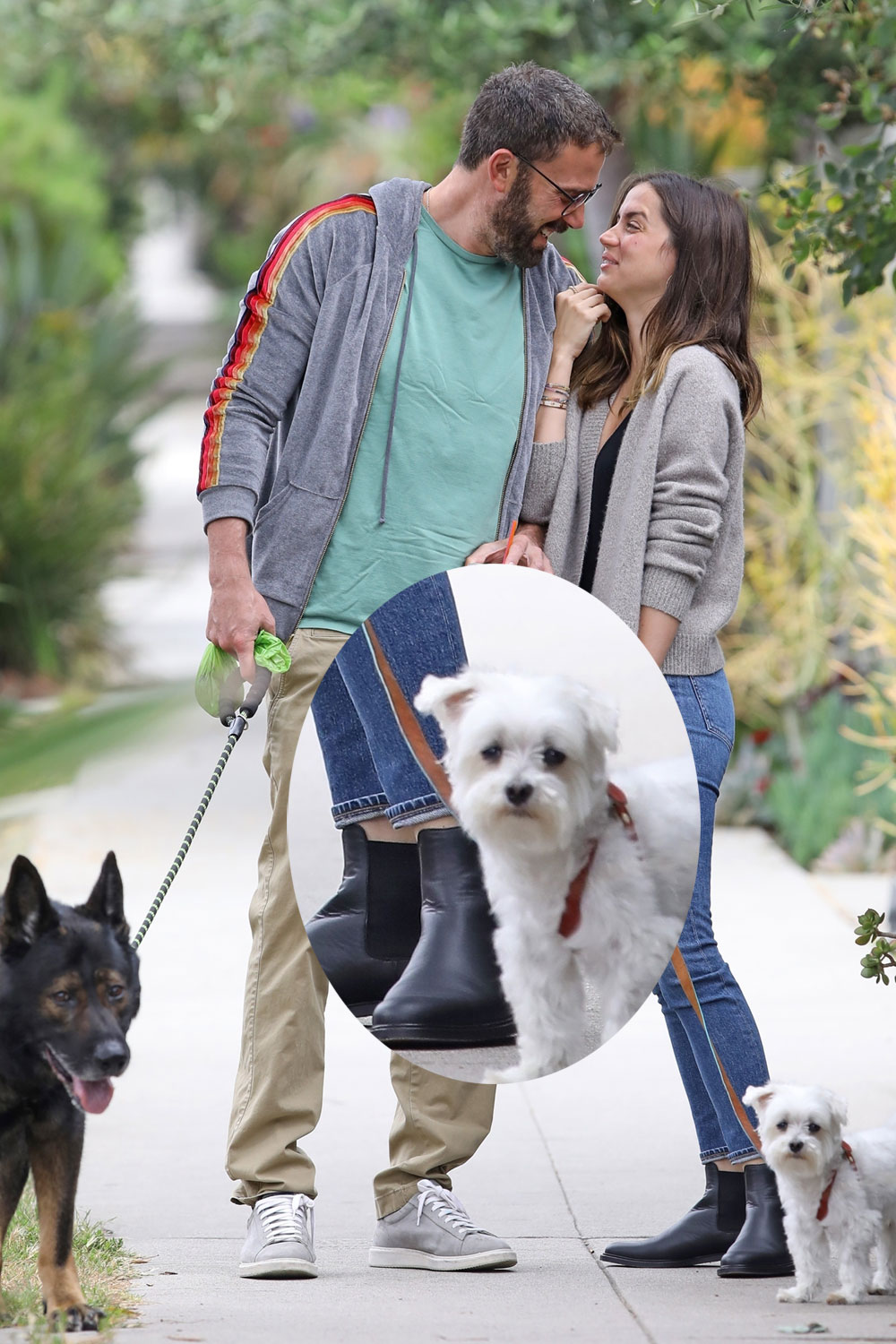 Also, a lot of you pointed out yesterday that Ben has been using the Just For Men beard dye, or, more likely, he’s having his stylist do it. I’m sure he’s still able to slip out and go to appointments without being photographed. He does look good, for him.

The two of them did step out with masks later in the day, which is progress. I wonder whose idea that was. 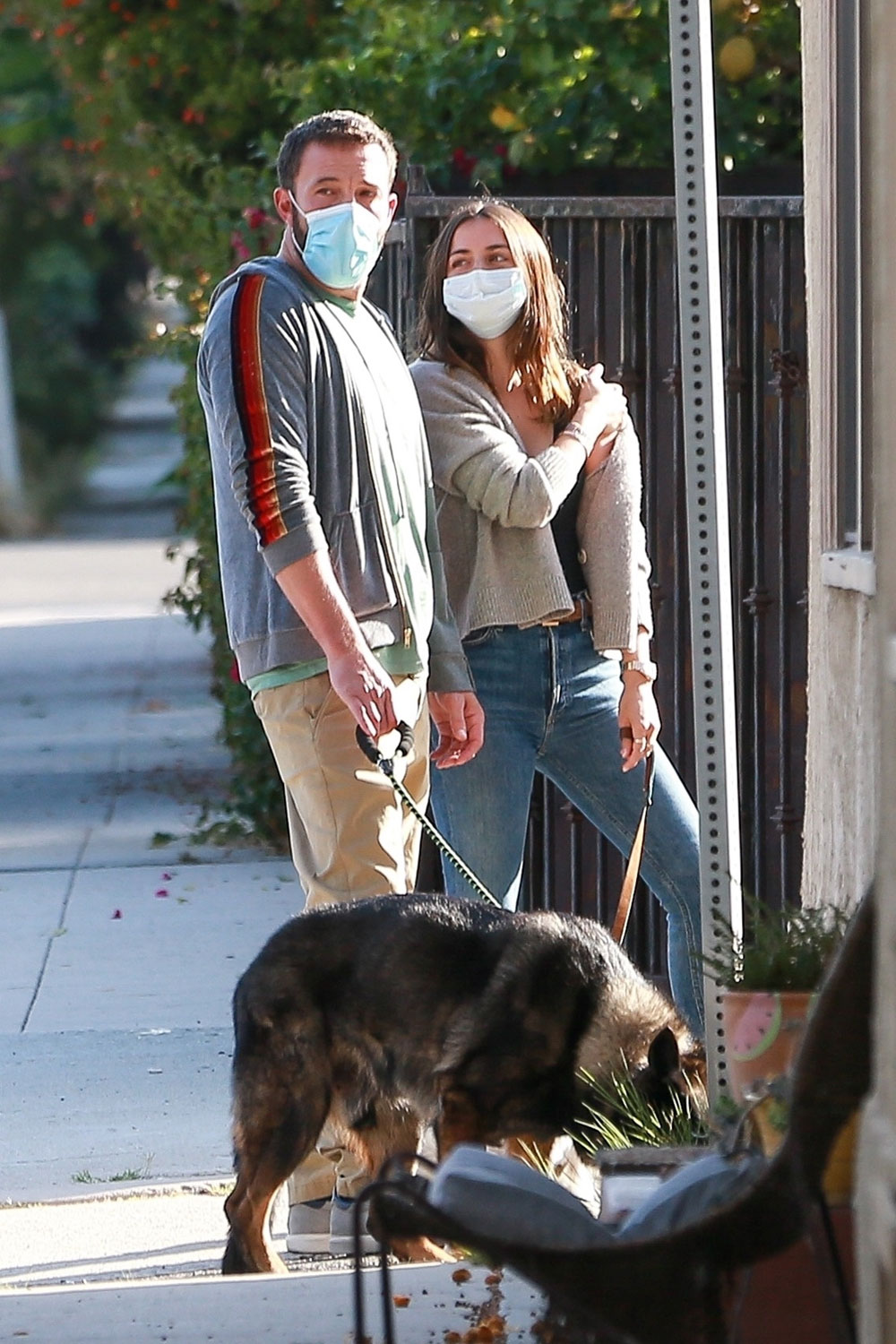 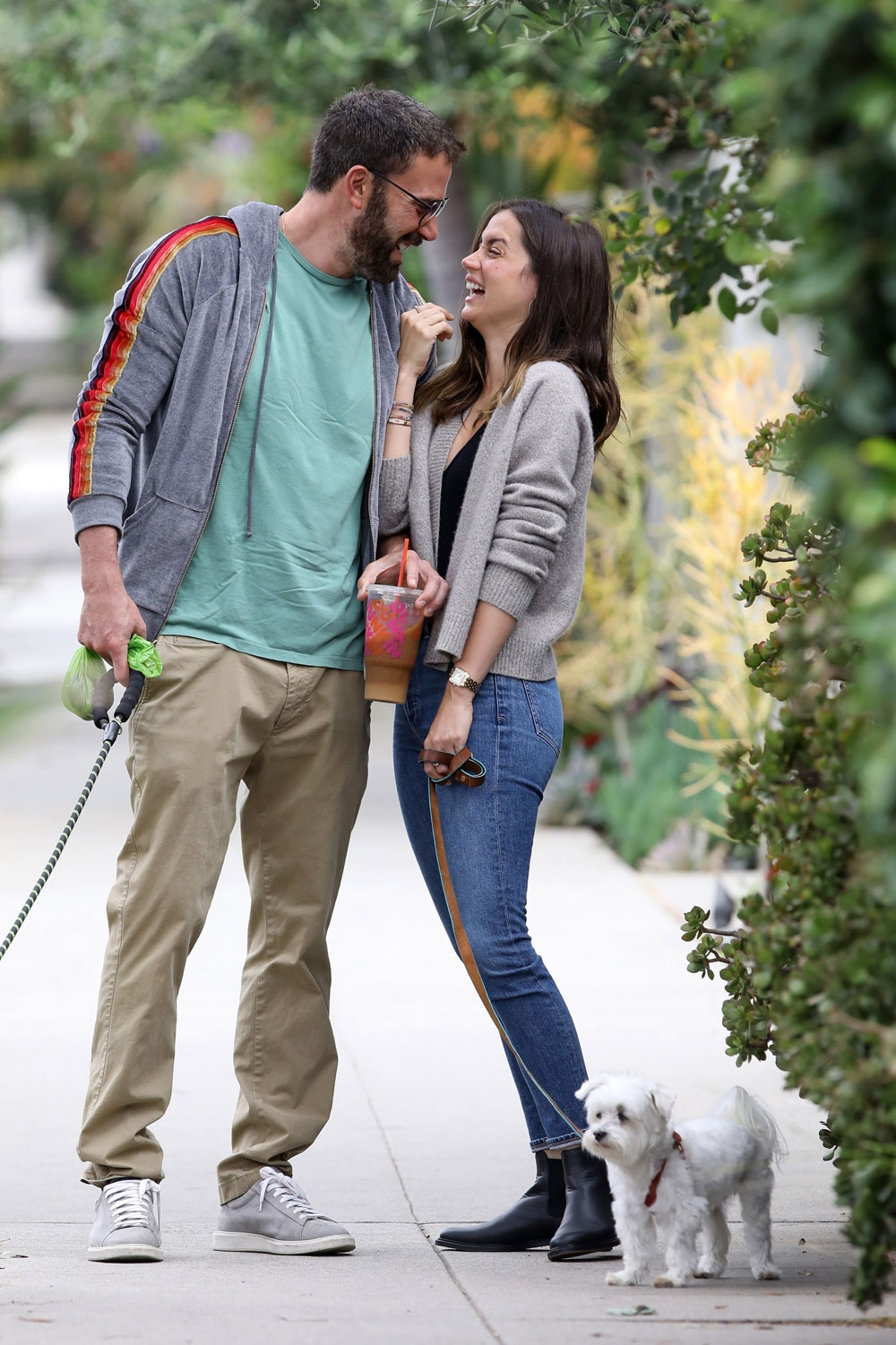