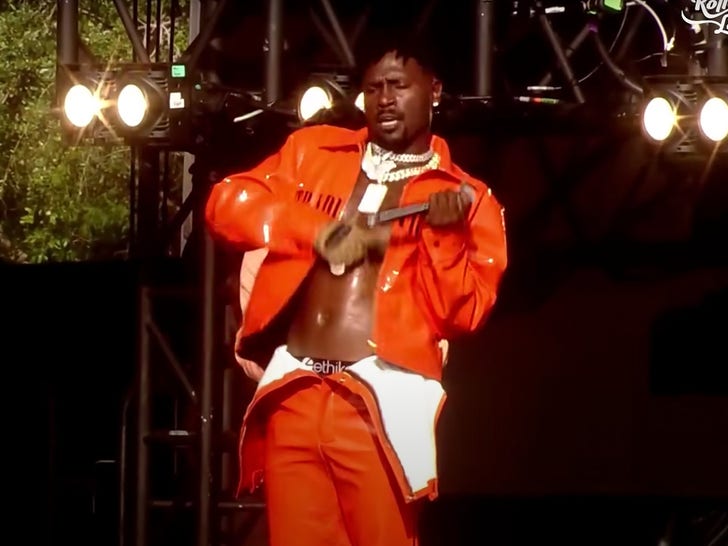 Antonio Brown almost certainly won’t be on an NFL field this year — but his dance moves just might be … ’cause the former Bucs wideout has created a new trend, and it’s catching on!!!

Brown came up with a finger-pointing vibe for his song, “Put That S*** On” — and as he’s been performing it at music events across the country, fans have been eating it up.

In fact, the dance has grown so popular in the last few weeks, LeBron James and Draymond Green were just spotted in Canada hitting it. New Orleans Saints tailback Mark Ingram also did it during a training camp practice last week as well. Quavo was even seen hitting it this week, too.

Baltimore Ravens star QB Lamar Jackson, meanwhile, said on social media earlier this week he “can’t wait” to do it during a game this season.

Brown — who’s at least temporarily ditched his NFL career to pursue a spot in the music and entertainment world — has been soaking it all up, reposting vids of the dance all over his Twitter and Instagram pages.