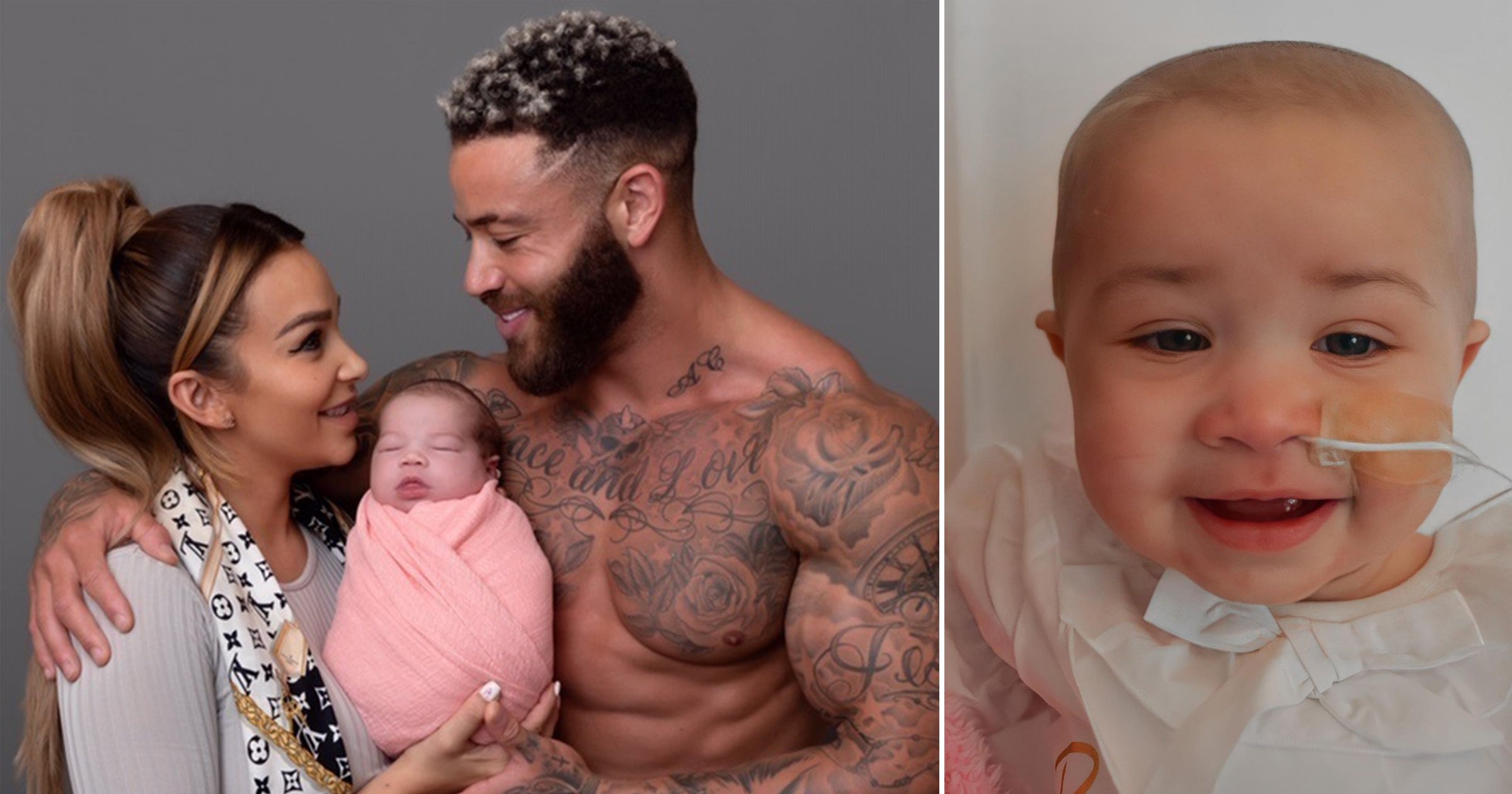 Ashley Cain has opened up about the devastating task of planning his baby girl Azaylia’s funeral and admits it has ‘broken’ him.

The former Ex On The Beach star suffered the death of his eight-month-old daughter, who he shared with girlfriend Safiyya Vorajee, in April.

Azaylia had battled a rare and aggressive form of leukaemia since she was diagnosed at eight weeks old.

Sharing his grief with his Instagram followers, Ashley wrote on Thursday evening: ‘I always dreaded the first time I’d have to plan a funeral. But I never thought it would be my own child’s funeral.

‘Nothing could ever have prepared me for this. Some days it breaks me and I can’t even bare to do it.’

He continued: ‘I always thought I was thought, but making decisions on how I’m going to bury my baby is enough to bring me to my knees every single time.

‘It’s hard to make sense of anything right now, especially why did it have to happen this way!’

Azaylia’s mother Safiyya was also deep in thought yesterday and had shared a selfie of her wearing rainbow pyjamas in honour of her baby girl.

She then revealed: ‘My days are so empty without you when ever I think of you I ache from head to toe as I miss you so much.

‘I get the biggest lump in my throat and I just want to fall to my knees n cry.’

Safiyya added: ‘But then I think what would Azaylia do ( she would [be] brave, so I hear in my head mummy stay strong be just like me).’

Azaylia died on April 24 just weeks after doctors told Ashley and Safiyya that specialist treatment in Singapore wasn’t enough to treat her rare disease. The couple had tirelessly raised over £1.5million towards the expensive treatment before learning there were no other options left as the cancer had advanced.

In the days before she died, Azaylia was rushed to hospital several times for various issues with her NG feeding tube, as well as experiencing seizures and an occasion where she stopped breathing.

Ashley and Safiyya are now hoping to continue raising awareness for Azaylia’s disease in order to help other children battling similar illnesses.