Home » Celebrities » 'Bachelor' alum Colton Underwood comes out as gay: 'I'm the happiest and healthiest I've ever been'

'Bachelor' alum Colton Underwood comes out as gay: 'I'm the happiest and healthiest I've ever been'

“Bachelor” alum Colton Underwood has come out as gay.

The 29-year-old reality star sat down with “Good Morning America” host Robin Roberts in an interview that aired Wednesday.

The TV star said it was his down time spent during the coronavirus pandemic that helped him process his truth.

“I came to terms with that earlier this year and have been processing it. The next step in all of this was sort of letting people know. I’m still nervous, but it’s been a journey for sure,” he said.

Roberts noted that he appeared to be happy despite his announcement being an “emotional” one.

“I’m emotional but I’m emotional in such a good, happy, positive way. I’m like the happiest and healthiest I’ve ever been in my life and that means the world to me,” Underwood shared.

Underwood, who previously dated Cassie Randolph, said he went through a period in his personal life that was “dark and bad.” 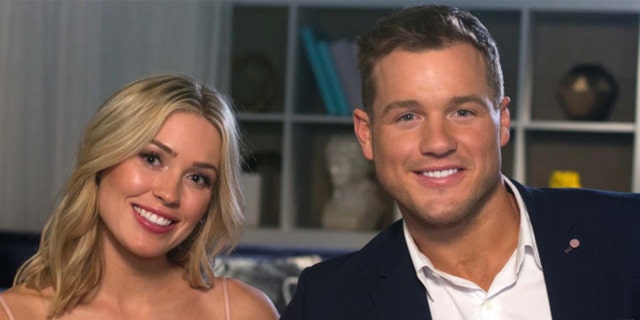 The former “Bachelor” lead recalled one moment he experienced in Los Angeles where he “didn’t have intentions of waking up, and I did.”

“For me, that was my wake-up call, like, ‘This is your life. Take back control,'” Underwood added. “I think looking back even beyond on that, even just suicidal thoughts and driving my car close to a cliff, ‘Oh, if this goes off the cliff, it’s not that big of a deal,’ I don’t feel that anymore,” he said.

Executive producers of “The Bachelor” reacted to Underwood’s announcement in a statement on Wednesday.

“We are so inspired by Colton Underwood’s courage to embrace and pursue his authentic self. As firm believers in the power of love, we celebrate Colton’s journey in the LGBTQIA+ community every step of the way,” they said.

Underwood’s announcement comes two years after he selected Randolph to hand his final rose to at the end of his season of “The Bachelor” in 2019. However, the pair never proceeded with an engagement and instead opted to continue dating following the season’s end. They reportedly split in mid-April 2020.

Last fall, Randolph filed a temporary restraining order against Underwood after he allegedly exhibited some unsettling behavior that included placing a tracking device on her car.

However, Underwood told Fox News in November that the situation has been resolved amicably between them.

“Today Cassie asked the court to dismiss the temporary restraining order against me. The two of us were able to reach a private agreement to address any of Cassie’s concerns,” he said in a statement. “I do not believe Cassie did anything wrong in filing for the restraining orders and also believe she acted in good faith. I appreciate everyone’s respect for privacy regarding this matter.”

In March 2020, he released a memoir titled “The First Time,” which details his journey on “The Bachelor,” as well as enduring both love and heartache.