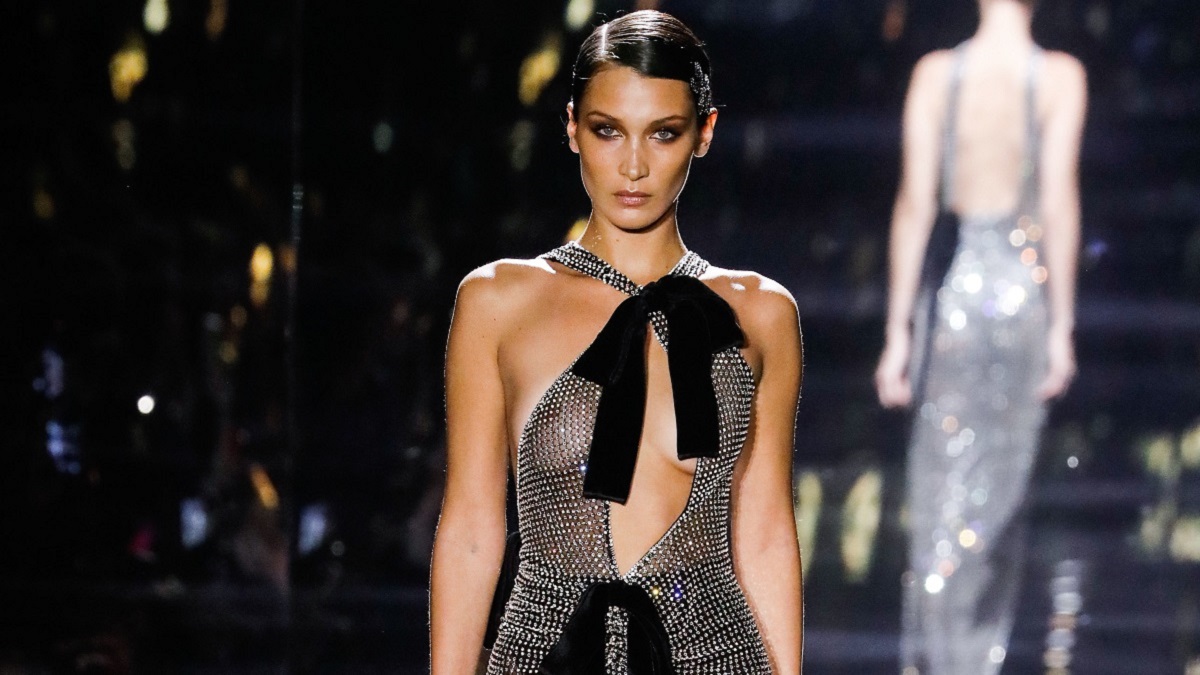 Bella Hadid looked stunning in a Michael Kors trench coat dress as she stepped out for a photoshoot in New York City on Friday.

The 2016 Model of the Year was spotted stepping out in a beige, thigh-length trench coat that showed off her long slim legs.

The trench coat had gold buttons and a gold chain belt.

In one set of photos, she wore a pair of strappy heel shoes. In another, the model stops to show off her cleavage.

She was later spotted wearing a pair of black leather shoes after a long day’s work.

Throughout the photoshoot, Bella Hadid wore a black face mask in compliance with health precautions recommended amid the ongoing COVID-19 pandemic. 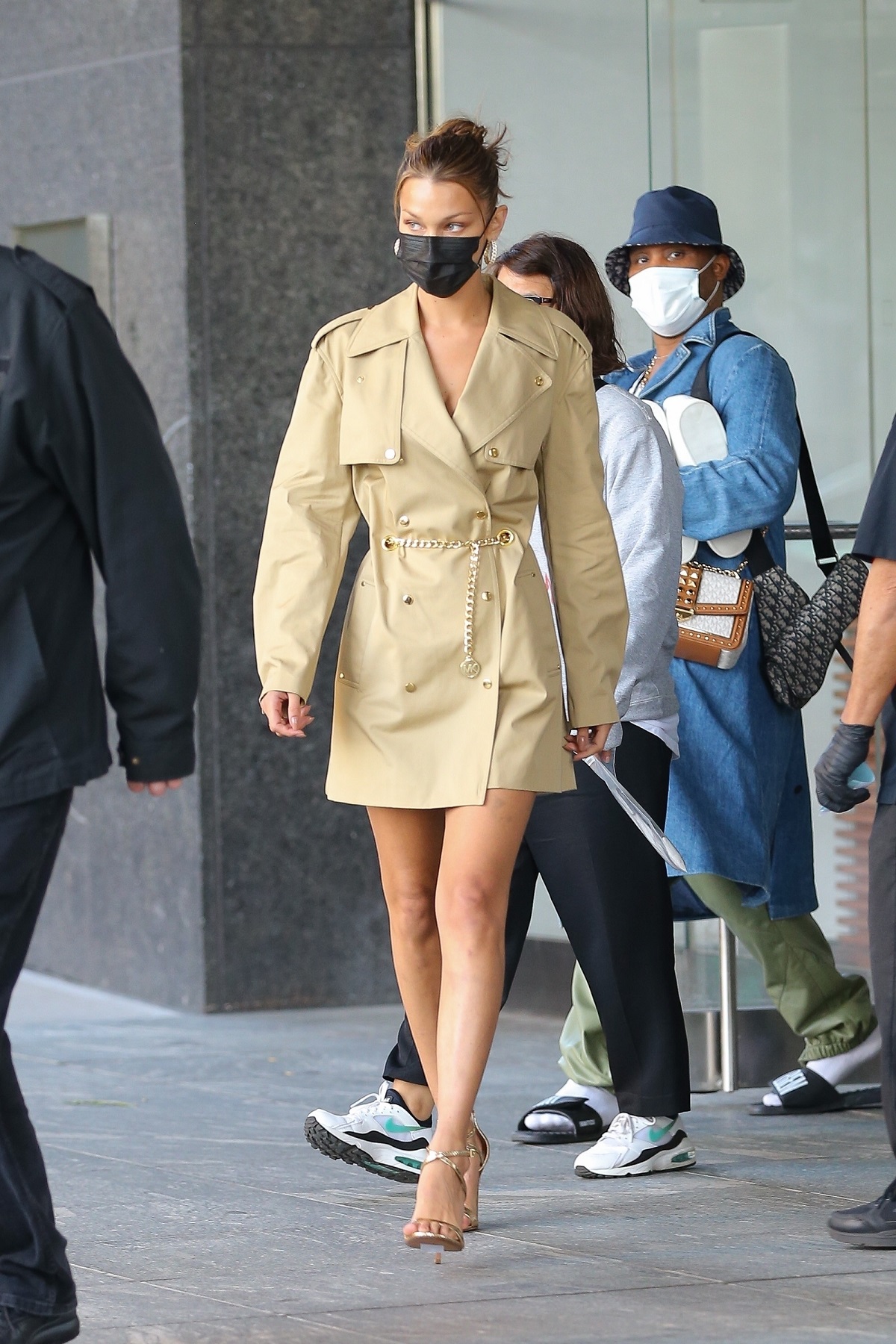 Duke is the son of actress Jennifer Nicholson and the grandson of the legendary Hollywood actor Jack Nicholson, known for his roles in movies such as The Witches of Eastwick, The Shining, Batman, The Two Jakes, and A Few Good Men.

The rumors claimed that Hadid has been dating Nicholson in recent weeks.

According to the New York Post’s Page Six, a source close to Hadid, 24, and Nicholson, 21, said they’ve been spending time together in NYC.

They also celebrated Bella’s birthday together.

Hadid celebrated her 24th birthday last week on Friday, October 9, before jetting out with her girlfriends to a tropical island destination.

She took to Instagram to share photos of her herself and friends having fun together during the short trip.

Bella’s reps denied rumors that she was dating Duke Nicholson

However, Page Six later reported that Bella’s reps denied the dating rumors. The reps reportedly said that Bella and Duke were not an item and that they only “met once through mutual friends but have not been in touch since then.”

The statement appears to contradict the previous information that she and the young actor have been spending time together and that she celebrated her birthday with him before jetting out with her friends.

Bella Hadid previously dated Canadian singer The Weekend. They were first romantically linked in 2015 but broke up in November 2016. The couple was back together in 2018 but broke up again in 2019.

The Weeknd was recently the subject of fat-shaming memes on social media.

Duke Nicholson is a budding actor

Duke is a budding actor, best known for playing Danny in the 2019 horror film Us, directed by Jordan Peele, and starring Winston Duke, Lupita Nyong’o, Elisabeth Moss, and Tim Heidecker.

He is also set to appear as Derrick Millebran in the upcoming movie Dreamland, written and directed by Nicholas Jarecki and starring Gary Oldman, Armie Hammer, and Evangeline Lilly.

Dreamland is currently in post-production.