Home » Celebrities » Billie Eilish: ‘Everyone does drugs now to the point where not doing them is rebellious’

Billie Eilish: ‘Everyone does drugs now to the point where not doing them is rebellious’ 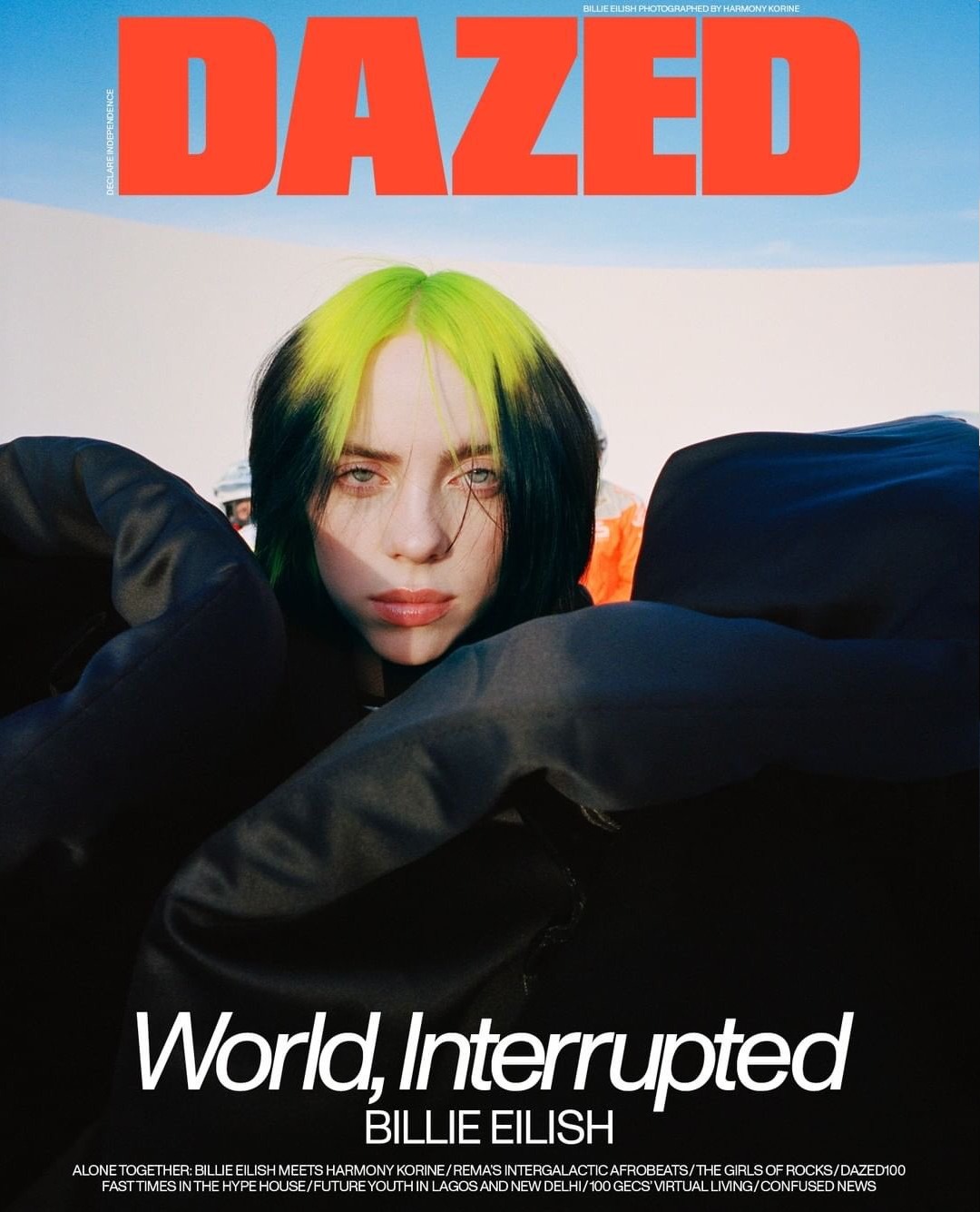 I’ve been covering Billie Eilish’s interviews for about a year now? And either I’ve gotten used to Billie’s youthful vibe or she actually has chilled out a bit in the past year. To be fair, if she was freaking out right now, she would have every right – she swept the Grammys, she performed at the Oscars, she recorded the song for the new James Bond film, and every magazine has declared this teenage girl to be “the voice of a generation.” It’s a lot. Thankfully, her Dazed cover profile isn’t another regurgitation of how Billie is very “weird,” or her unconventional childhood, or how her parents baby her constantly still. Billie sounds almost grown up here. But still with the teenage ‘tude. Ah, youths. Some highlights:

Sweeping the Grammys: “I was sur-prised. I was dead surprised. And I was embarrassed, dude, I was f–kin’ embarrassed. I was in front of Ariana Grande and Lana Del Rey and f–kin’ Beyoncé is nominated, and I win. I was like, Nooooo… I don’t deserve it. They deserve it.”

There are no “rules”: “So many people when they’re starting out are told they can’t be this, can’t do that and can’t say this – whatever. I guess I was really lucky not to have that.”

The music label attempted to get her to work with big-name producers: “It took a while for them to kind of get it. Like, ‘Oh, we see. You guys do the best things when it’s just the two of you.’ But they did get it.”

She’s vegan & completely drug-free: “Everyone does drugs now to the point where not doing them is rebellious. (People would say) ‘Billie Eilish: rule-breaker’, or ‘breaking all the rules’, or whatever. And I’d be like, ‘What rules are there?’” Eilish continues, adding that she wasn’t consciously rejecting the aesthetics of the female artists who preceded her. “I didn’t consciously go, ‘I’m not gonna do that, I’m gonna do this.’ I (just) didn’t think of myself as being in the realm of those people. I was never comparing myself to them.”

Her dark materials: “I understand that most music videos are, like, looking pretty in a shot and singing the song and then there’s a guy in the video and you kiss the guy and that’s the whole thing. (But) I’ve always loved visual sh-t. I’ve always loved stuff that, like, grabs you. People wouldn’t play my music on the radio for two years because they thought it wasn’t happy enough. It’s like, ‘Bro, have you heard “Run for Your Life” by The f–king Beatles?’ ‘I’d rather see you dead than to be with another man.’ That’s the hook!”

On the rare times she wears something body-con, she’s criticized. “I saw comments like, ‘How dare she talk about not wanting to be sexualised and wear this?!’” she says, shaking her head. At the start of this year, she posted a video of herself – or, more accurately, her head and shoulders – in a bathing suit while on holiday with friends. It was, especially if you compare it to the social media posts of other famous 18-year-olds, tame. “It was trending. There were comments like, ‘I don’t like her any more because as soon as she turns 18 she’s a whore.’ Like, dude. I can’t win. I can-not win.”

She rarely looks at her body: “There was a point last year where I was naked and I didn’t recognise my body ’cos I hadn’t seen it in a while. I would see it sometimes and be like, ‘Whose body is that?’” Since then, says Eilish, her self-image has improved somewhat: “It’s not that I like (my body) now, I just think I’m a bit more OK with it.”

Now her baggy-clothes tomboy look is her brand: “If I wore a dress to something, I would be hated for it. People would be like, ‘You’ve changed, how dare you do what you’ve always rebelled against?’ I’m like, ‘I’m not rebelling against anything, really.’ I can’t stress it enough. I’m just wearing what I wanna wear. If there’s a day when I’m like, ‘You know what, I feel comfortable with my belly right now, and I wanna show my belly,’ I should be allowed to do that.”

She misses being nobody: “Being nobody is fire. [I’ll] get f–king destroyed for saying that”.

Matt Damon famously said (and I’m paraphrasing) celebrities basically become stunted and they never really grow and develop as people once they become famous. I disagree with that in some cases – it’s not universal, although I think he was right about many celebrities, who seem to be stuck in amber to the very moment they became famous and never developed past that (see: Leo DiCaprio, Jennifer Aniston, etc). It’s my hope that Billie grows up. Everything has happened so quickly and so early for her. I would hate for her to still be talking about this same sh-t five years from now. I do think her parents keep her somewhat grounded, but there is a general vibe of “rebel without a cause.” That being said, I don’t hate her as a “role model” for the youths because I do think she takes it seriously. And hell, she’s drugfree, open about mental health, open about her body image struggles and more. There are absolutely worse role models. 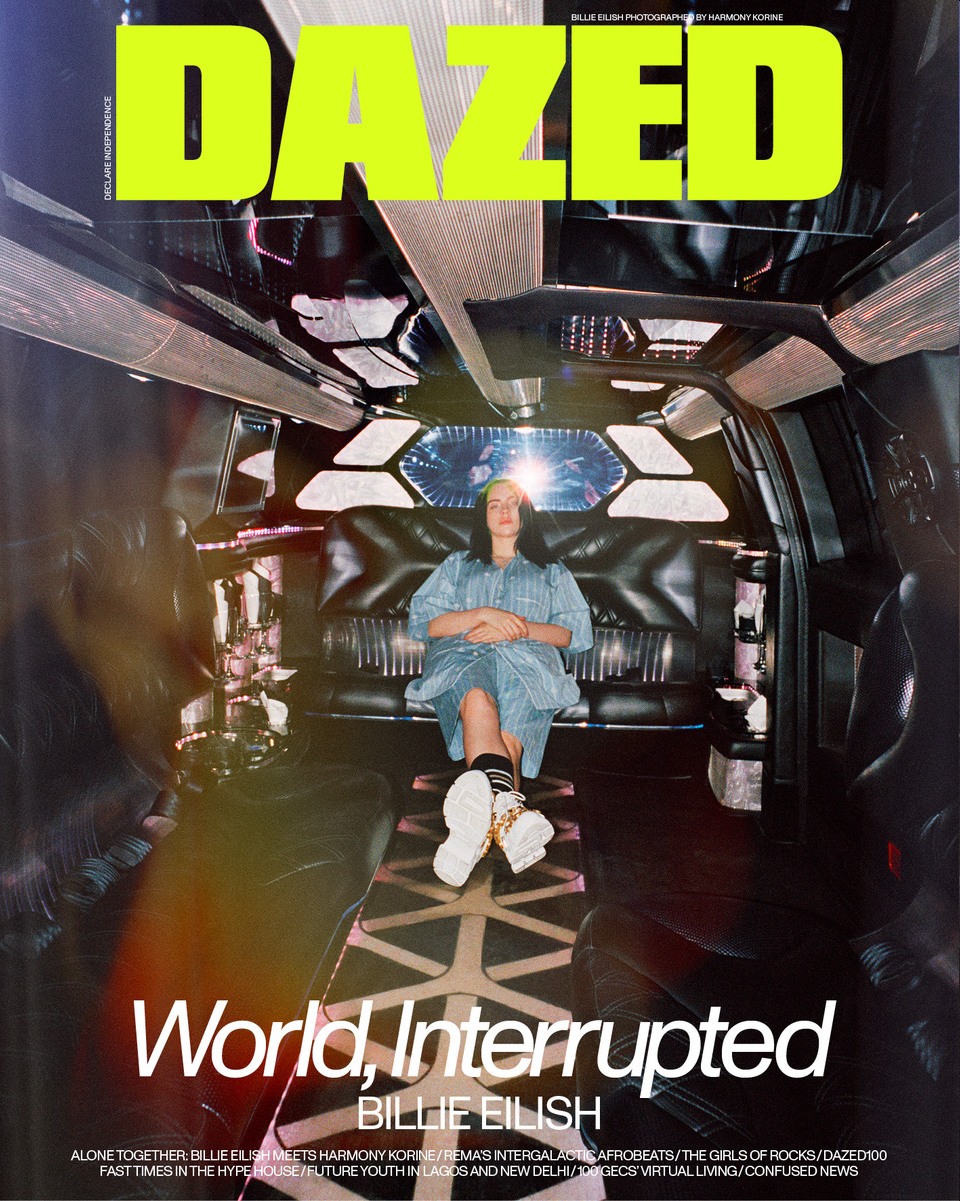