Back in the early 2000s, Brad Pitt and Jennifer Aniston were the Hollywood power couple to end all Hollywood power couples. While things didn’t exactly end with a "happily ever after" for them, Pitt and Aniston proved they’re still good friends earlier in 2020 when they had a friendly reunion at the SAG Awards. Now, the exes are working on a new project together, and fans can watch their on-screen reunion very soon. Brad Pitt and Jennifer Aniston’s Fast Times at Ridgemont High reunion is going to deliver so much nostalgia.

Pitt and Aniston were two of the biggest names in the entertainment industry when they were together from 1998 to 2005, and 15 years later, the two A-listers are still starring in award-winning films. Their divorce in 2005 was widely covered by the media, with tons of speculation about Pitt moving on from Aniston with his Mr. & Mrs. Smith costar Angelina Jolie. Despite the very public breakup, Pitt and Aniston surprised fans at the 2020 SAG Awards with a super-friendly run-in on the red carpet, proving they are still friends all these years later.

Now, the former couple is set to work together again for the first time in years. Pitt and Aniston will both star in a virtual table read of the 1982 teen comedy Fast Times at Ridgemont High. The fundraising event will benefit Sean Penn’s nonprofit relief effort CORE and the criminal justice organization REFORM Alliance. The star-studded cast for the script reading was revealed in a photo collage on CORE’s Instagram account. Joining Pitt and Aniston in the reading will be Shia LaBeouf, Julia Roberts, John Legend, Matthew McConaughey, Morgan Freeman, Dane Cook, Jimmy Kimmel, Henry Golding, Ray Liotta, and one of the original Ridgemont High stars, Sean Penn.

Ridgemont High is officially back in session! #FastTimesLive will now stream on September 17 at 9PM ET / 6PM PT. Tune in and join our all-star cast to support CORE and @Reform. Watch on Facebook or Tiktok. Details at the link in our bio.

Ridgemont High is officially back in session! #FastTimesLive will now stream on September 17 at 9PM ET / 6PM PT. Tune in and join our all-star cast to support CORE and @Reform. Watch on Facebook or Tiktok. Details at the link in our bio.

The virtual reading will mark the first significant collaboration between Pitt and Aniston since Pitt guest-starred on an episode of Friends in 2001. That episode poked fun at the couple’s relationship, as Pitt played a former classmate of Rachel’s who started a vicious rumor about her. 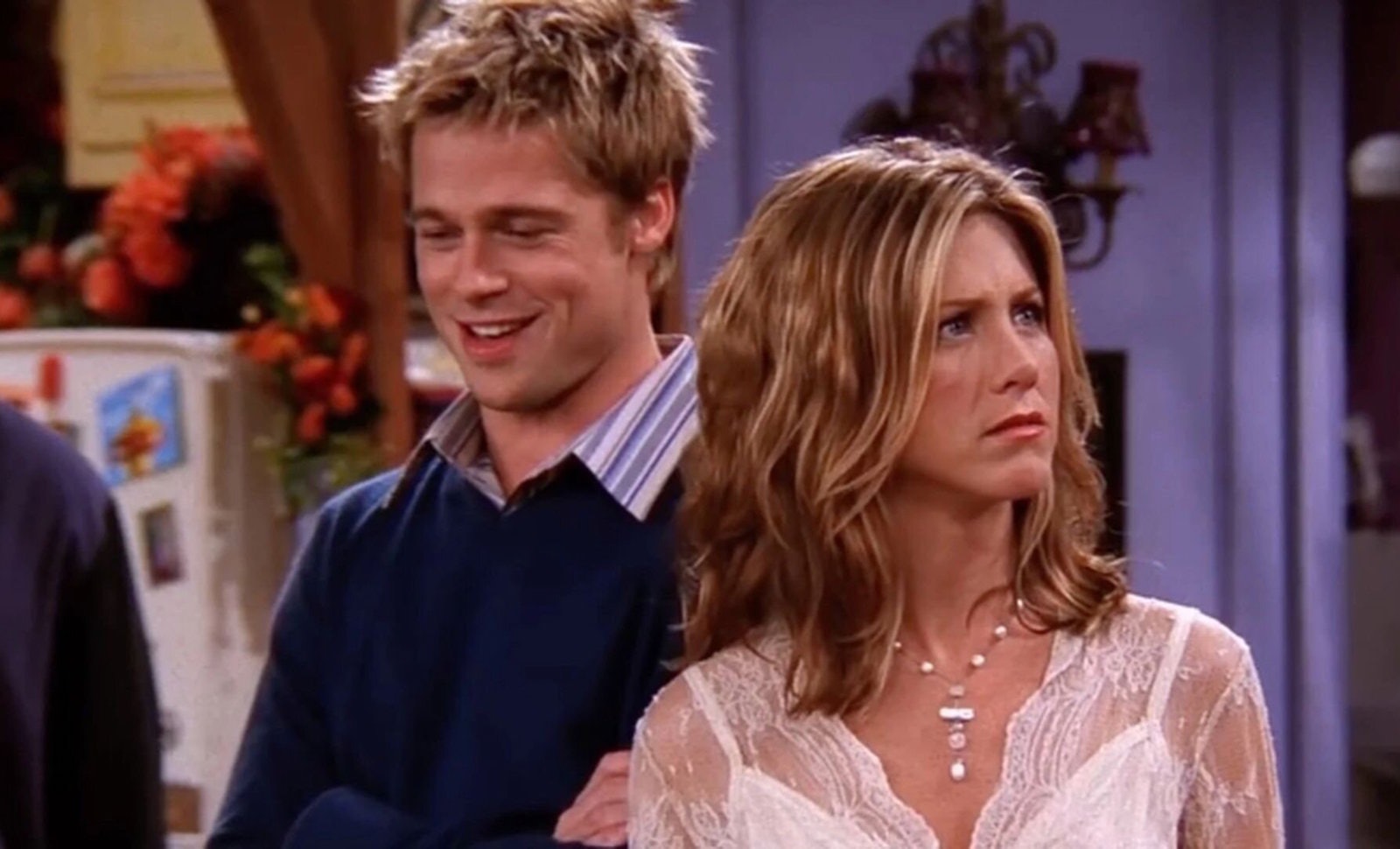 The Fast Times at Ridgemont High table read will be a must-watch for anyone looking to relive the Brad and Jen glory days of the early 2000s. You can stream the event on CORE’s Facebook page on Thursday, Sept. 17 at 9 p.m. ET.