Thank goodness for celebrity podcasts! Without them there’s no way we would have gotten such immediate confirmation of — or so much detail about — the separation of Megan Fox and Brian Austin Green.

On his podcast …With Brian Austin Green, the 90210 alum spoke out on Monday about the news he and Megan were living separately during the quarantine — and that she was “hooking up” with Machine Gun Kelly.

In fact, he confirmed the couple have been “really been trying to sort of be apart” since late 2019. He said very sweetly and compassionately:

The 46-year-old also spoke about the (former) couple’s continued co-parenting efforts, saying they “still do family vacations and holidays as a family and really make that a focus for the kids.”

Then it all got to be a bit much for Brian, who got a bit choked up as he admitted:

“It sucks when life changes and something that you’re used to, that you’ve been doing for 15 years, you try and not get rid of but you change. There’s the unknown aspect… there’s that pit in my stomach… I really don’t want Megan and I to be at odds… she’s been my best friend for 15 years and I don’t want to lose that.”

These things are always so sad. But is it really possible not to be at odds during a separation like this? Especially when your ex has already moved on with another guy?

As far as what’s going on between Megan and MGK, whose real name is Colson Baker,  Brian kinda sorta confirmed that as well — as much as he knows about it anyway. It kind of sounds like he’s in the dark, as he said:

“She met this guy, Colson, on set. I’ve never met him. Megan and I have talked about him. They’re just friends at this point.”

Yeah, that is not what we are hearing.

Whatever is going on, BAG wanted to make it clear there are no bad guys in this situation, saying of his wife:

“I trust her judgment, she’s always had really good judgment. I don’t want people to think her or he are villains or that I was a victim in any way.”

Wow, that is so mature! Way more than we could be about our significant other leaving and hooking up with a guy with an automatic weapon in his name.

What do YOU think of Brian’s side of the split? 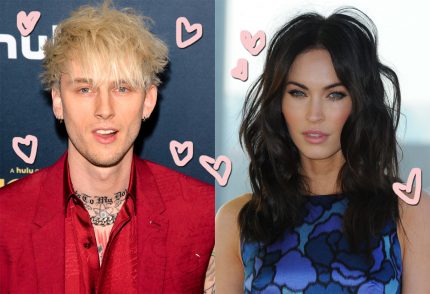 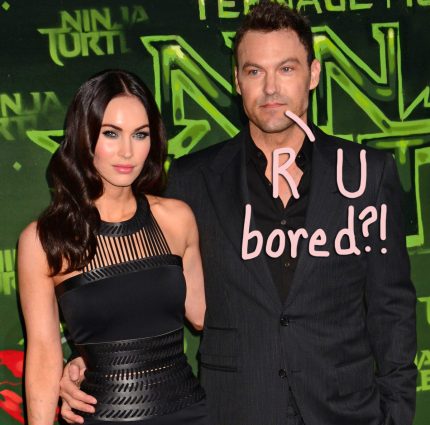